On this week of December 6, 2017, “Full Frontal,” Samantha Bee took a pointed look at how many of these very same men who were criticized for unfair coverage of Hillary Clinton are now out of work, like Mark Halperin, Matt Lauer and Charlie Rose!

I recall that the media outlets gave much more coverage to the democratic contender Hillary Clinton’s email scandal woes than they did to all of her republican Donald Trump’s failings and piccadillos. Today, “we the people are living with this failure. 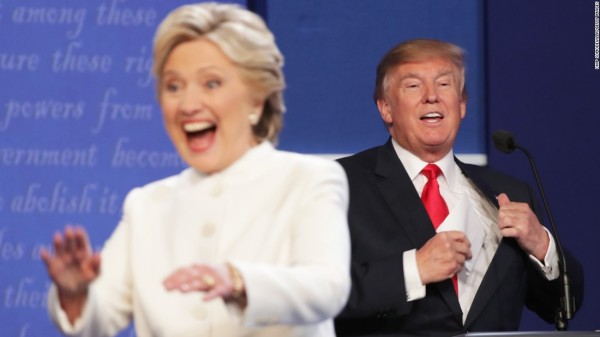 As per the LA Times, by Tracy Brown “Samantha Bee’s feelings toward Hillary Clinton are complicated. But that doesn’t mean she’s going to give the many disgraced media men a pass on how they treated the former presidential candidate in their election coverage. “

“It turns out Lena Dunham had warned the Clinton campaign about Weinstein’s behavior and suggested that it was not the best idea to have him host fundraising events, according to the NY Times. “My admiration for you is so complicated,” Bee said of Clinton. “Maybe she really did have a stroke in the specific part of her brain that identifies [terrible] men.”

“Bee then went on to skewer Charlie Rose, Matt Lauer and Mark Halperin and their Clinton coverage, pointing out how they all, coincidentally, have since been axed from their network jobs following allegations of sexual misconduct. ”

“Bee did concede that there was no way to know exactly how much the misogynistic undertones in the coverage of Clinton affected the election but did point out that the “industry gave us four times more coverage of Hillary’s email scandal than they did of [Donald] Trump’s gross behavior to women.”

“Look, I’m not saying men shouldn’t talk in public anymore. I’m just saying maybe women shouldn’t listen,” said Bee. “It shouldn’t be too hard. We have decades of practice not being listened to.”