For those who are part of the resistance, it is crucial to not grow weary and to remember that we are fighting for all our brothers and sisters who are being thrown under the bus by the likes of the republican President Donald Trump and his administration which includes his Attorney General Jeff Sessions who is intent on destroying any measure of judicial fairness enacted under President Obama’s direction.

While we have been inundated with the Russian related stories, the Attorney General has been diligently working hard under the radar to roll back any and all judicial protections for our poorer brothers and sisters which were given impetus during the administration of the former democratic President Barack Obama.

The Post’s Matt Zapotosky explains how Jeff Sessions has been quickly and effectively implementing President Trump’s vision for America.

On December 21, 2017, Matt Zapotosky of the Washington Post penned the following report, “Sessions rescinds Justice Dept. letter asking courts to be wary of stiff fines and fees for poor defendants.”

“Attorney General Jeff Sessions is rescinding an Obama-era Justice Department letter that asked local courts across the country to be wary of slapping poor defendants with fines and fees to fill their jurisdictions’ coffers, part of a broad rollback of guidance that Sessions believes overreached.” 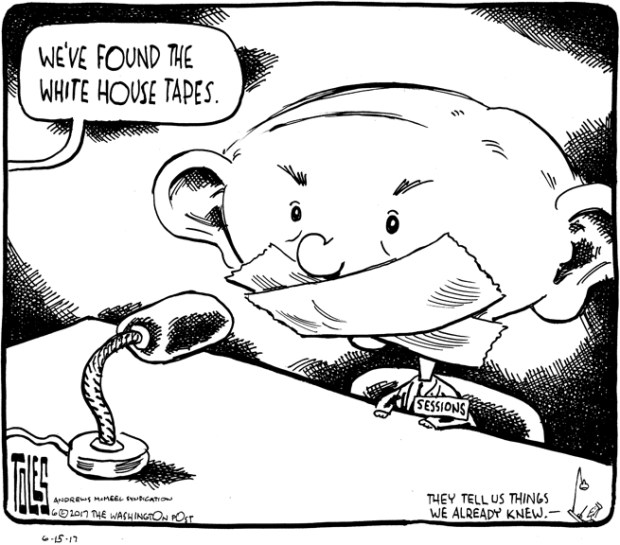 It’s the latest move in Sessions’s effort to dramatically reshape the Justice Department by undoing many of the reforms imposed by his predecessors and giving the institution a harder edge. Sessions is revoking 25 previous guidance documents dating back decades and covering topics as diverse as ATF procedures and the Americans With Disabilities Act.

“In a statement, Sessions said he was ending “the long-standing abuse of issuing rules by simply publishing a letter or posting a web page.”

“Congress has provided for a regulatory process in statute, and we are going to follow it,” Sessions said. “This is good government and prevents confusing the public with improper and wrong advice.” 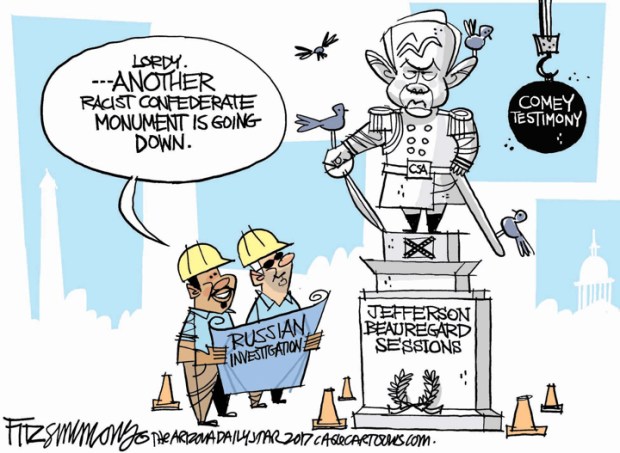 “In less than a year in office, Sessions has imposed a new charging policy that calls for prosecutors to pursue the most serious offenses possible, even when that might trigger stiff mandatory minimum sentences. He has restored the use of private prisons. And he has adjusted the department’s legal stances on issues involving voting rights and lesbian, gay, bisexual and transgender individuals in ways that put him at odds with his most immediate predecessors.”

“Sessions previewed the most recent shift in a November speech at the National Lawyers Convention , where he revealed he was directing Justice Department officials to stop issuing guidance documents that try “to impose new obligations on any party outside the executive branch,” saying too that he would “review and repeal existing guidance documents that violate this common-sense principle.”

“By then, the department already had revoked the Obama-era guidance on federal protections for transgender students, and it was clear others were potentially in the crosshairs. Sessions views many of his policy changes as restoring a strict, by-the-book interpretation of federal law. Civil liberties advocates say the changes are misguided and they disenfranchise or harm poor minorities and LGBT people.”

“The letter on fines and fees is not the only guidance that Sessions plans to revoke, though it is significant.”

“The letter, which was sent in March 2016 to the chief judges and court administrators in all 50 states, noted that illegal imposition of fines and fees had been receiving significant attention, and that the Justice Department had a “strong interest” in making sure the rights of citizens were protected. The White House and the department had recently convened a summit on the issue, and the Justice Department had alleged in a lawsuit that officers in Ferguson, Mo., were violating citizens’ civil rights in part because their policing tactics were meant to generate revenue.”

“Though it did not seek to force any new policy, the letter urged court officials to review their rules and procedures. It detailed seven principles to consider when imposing fines and fees, among them that courts should not jail people for nonpayment of fines and fees without first determining whether the non-payer was indigent and then establishing that the failure to pay was “willful,” and that courts should consider alternatives to jail for indigent defendants.”

“Individuals may confront escalating debt; face repeated, unnecessary incarceration for nonpayment despite posing no danger to the community; lose their jobs; and become trapped in cycles of poverty that can be nearly impossible to escape,” the letter said. “Furthermore, in addition to being unlawful, to the extent that these practices are geared not toward addressing public safety, but rather toward raising revenue, they can cast doubt on the impartiality of the tribunal and erode trust between local governments and their constituents.”

“Vanita Gupta, who was one of the letter’s authors while leading the Justice Department’s Civil Rights Division during the Obama administration, said the guidance was not meant to create new law, but instead to clarify what the law said — and thus its retraction might have a somewhat muted impact.”

“But she said Sessions taking it back “seems like an abdication of the Justice Department’s responsibility” to help local jurisdictions comply with their legal obligations, and those resistant to change might feel emboldened to continue imposing inappropriate fines and fees.”

[See: While eyes are on Russia, Sessions dramatically reshapes the Justice Department]