aside Trip Down Memory Lane With Frank Wills, Security Guard Who Reported The Watergate Burglary

Frank Wills is the hero of this story. He has rarely been mentioned in all the news coverage of the Watergate scandal era from 1972-1974, even though he is the key that opened the door to one of the biggest scandals in US history. He was the security guard who called the police on the evening of June 17, 1972 , after midnight, to report a burglary in progress at the Watergate office complex in Washington DC.  The police did arrive in time to interrupt the burglary in the Democratic National Committee Offices. Five men were arrested.

This exposed break-in started the ball rolling for the following historic events described under the umbrella termed the Watergate Scandal which ended with President Richard Nixon resigning in 1974, rather than face impeachment hearings.

Frank Wills faded from the spotlight to where he died destitute and forgotten. He even did time in jail for a shop lifting charge for $12.00 pair of shoes. At the time, around 1983, Mr. Wills denied the charge, saying he’d been hiding the shoes as a present for a teenager who had been shopping with him.

The recently released movie “The Post” reviews this Watergate era time in history .

On December 22, 2017 DeNeen L. Brown of the Washington Post penned the following report,  ‘The Post’ and the forgotten security guard who discovered the Watergate break-in.”

“It was 30 minutes after midnight on June 17, 1972, when Frank Wills, a security guard patrolling the parking garage at the Watergate office complex in Washington, noticed masking tape covering locks on a stairwell door.” 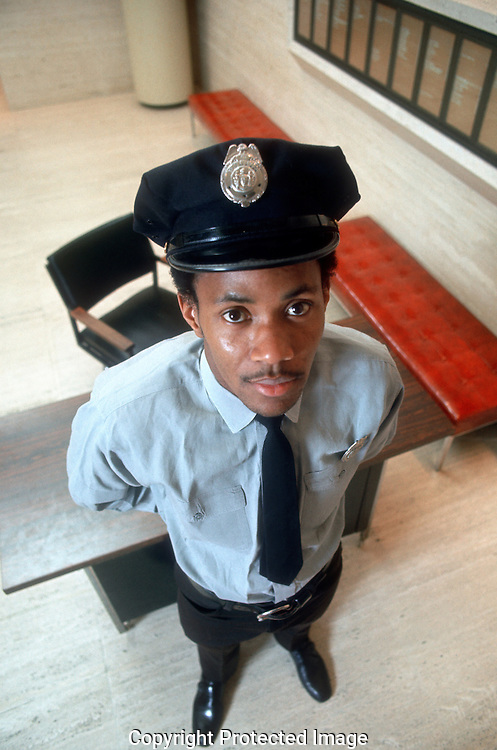 “Wills thought perhaps the maintenance crew had taped the doors to keep them from locking. The 24-year-old ripped off the tape, then went for his shift break across the street to the restaurant at the Howard Johnson’s Motor Lodge for carryout.”

“A little more than an hour later,  Wills was making another round, when he noticed the tape had reappeared.”

“Suspicious, Wills called police and reported a burglary in progress at the Watergate. The guard, who worked the midnight-to-7 a.m. shift  for $80 a week, had discovered what would become the biggest political corruption scandal in U.S. history — so big that it led to the resignation of President Richard M. Nixon.” “His mostly forgotten role in the Watergate scandal gets a new burst of attention Friday when “The Post,” directed by Steven Spielberg, and starring Meryl Streep and Tom Hanks, hits theaters. The final scene in the movie, already generating Best Picture Oscar buzz, belongs to a flashlight-wielding Wills.”

“The guard wrote in blue ink in a security log now stored at the National Archives: “1:47 AM Found tape on doors; call police to make [an] inspection another inspection.”

“Plainclothes officers responded. When they entered the sixth-floor offices of the Democratic National Committee, they found the room ransacked.”

“Police arrested five men—some of them former CIA agents carrying bugging equipment. According to The Washington Post’s first front-page story, they wore surgical gloves and carried sophisticated walkie-talkies and $2,300 in crisp $100 bills.  They came out with their hands up.”

“The morning after the break-in, Post reporter Karlyn Barker went to interview Wills at his rooming house in D.C.  “I remember going there and knocking on the door, and he was carrying a kitten,” Barker told The Post in 2000. “He was very nice — he told the same story we all know.”

“Soon after Watergate, Wills’s name faded from the headlines. He gave $200 speeches or interviews whenever an anniversary of Watergate rolled around. But he would never profit, as did other players in the Watergate scandal — even those convicted.”

“Wills had quit his job with the security company in 1973 after he wasn’t given a raise. He encountered difficulty finding work and was convinced he was being blackballed in Washington. “I don’t know if they are being told not to hire me or if they are just afraid to hire me,” he told The Post.”

“Being a security guard can be boring and routine and here’s somebody who stepped up to the plate and said something is not right,” Woodward said. “Instead of hesitating, he called the police right away. He didn’t call some supervisor. Not a lot of people would have done that.”

“Would there have been a Watergate scandal had he not found the taped lock?”

“It would not have been a Watergate that way,” Woodward said. “But Nixon and his crew were up to so much, there might have been another vehicle for disclosure.”

“Although he wasn’t mentioned by name in the best-selling book, “All the President’s Men,” Wills was cast to play himself in the 1976 movie starring Robert Redford and Dustin Hoffman.”

The movie opens with an 11-second scene of Wills turning a doorknob. A shadowy shot of Wills captures him inspecting tape on a door before ripping it off.

The camera cuts. And that’s all you see of Wills in the blockbuster movie.

“If I had yawned, I would have missed it,” Wills complained to Simeon Booker in a 1976 “Jet” magazine story.”

“Booker described the movie’s premiere: “The audience lustily applauded, showing a sensitivity and a recognition which was not given him by the authors who could not have written the best-selling book (which doesn’t mention his name) or made the movie if there had been no Frank Wills.”

“In the late 1970s, Wills returned South to care for his ailing mother. Wills worked as a guard and as a salesman for Dick Gregory’s nutrition formula, The Post reported in his obituary.”

“Wills spent the rest of his life in poverty, living in the North Augusta, S.C., house his mother left him when she died in 1993. He could not afford water or electricity.”

“And in 2005, when The Post ran a series on the identity of “Deep Throat,” there was no mention of Wills.”

“Washington Post op-ed columnist Colbert I. King was outraged by the omission.’

“Were it not for Wills’ suspicion of a break-in and his decisive action,” King wrote in 2005,“the world most likely would never have heard the names E. Howard Hunt or G. Gordon Liddy. There would have been no ‘Deep Throat’ and no ‘All the President’s Men’ by Bob Woodward and Carl Bernstein. There would have been no Pulitzer Prize for The Post, no image of a disgraced President Nixon waving goodbye before liftoff on Aug. 9, 1974.”

“The discovery of the Watergate break-in at the end of “The Post” gives Wills, played by JaQwan J. Kelly, another moment of recognition. But it is brief. And, once again, he isn’t named in the credits.”