The New York Times reporters conducted over three dozen interviews with current and former administration officials, lawmakers and others close to the process before publishing the following blockbuster of a story as to how the republican President Donald Trump entered the White House with a strong anti-immigration bias.

Having the president’s bias pre-dating his presidency may have some effect with the courts regarding his anti-immigration policies.

On December 23, 2017. Michael D. Shear and Julie Hirschfeld Davis penned the following report, “Stoking Fears, Trump Defied Bureaucracy To Advance Immigration Agenda.” (“The changes have had far-reaching consequences, both for the immigrants who have sought to make a new home in this country and for America’s image in the world.”)

” President Trump stormed into the Oval Office one day in June, plainly enraged.”

“Five months before, Mr. Trump had dispatched federal officers to the nation’s airports to stop travelers from several Muslim countries from entering the United States in a dramatic demonstration of how he would deliver on his campaign promise to fortify the nation’s borders.”

“But so many foreigners had flooded into the country since January, he vented to his national security team, that it was making a mockery of his pledge.”

“According to six officials who attended or were briefed about the meeting, Mr. Trump then began reading aloud from the document, which his domestic policy adviser, Stephen Miller, had given him just before the meeting. The document listed how many immigrants had received visas to enter the United States in 2017.”

“More than 2,500 were from Afghanistan, a terrorist haven, the president complained.”

“Haiti had sent 15,000 people. They “all have AIDS,” he grumbled, according to one person who attended the meeting and another person who was briefed about it by a different person who was there.”

“Forty thousand had come from Nigeria, Mr. Trump added. Once they had seen the United States, they would never “go back to their huts” in Africa, recalled the two officials, who asked for anonymity to discuss a sensitive conversation in the Oval Office.”

“Tempers flared and Mr. Kelly asked that the room be cleared of staff members. But even after the door to the Oval Office was closed, aides could still hear the president berating his most senior advisers.”

“Sarah Huckabee Sanders, the White House press secretary, denied on Saturday morning that Mr. Trump had made derogatory statements about immigrants during the meeting.”

“General Kelly, General McMaster, Secretary Tillerson, Secretary Nielsen and all other senior staff actually in the meeting deny these outrageous claims,” she said, referring to the current White House chief of staff, the national security adviser and the secretaries of state and homeland security. “It’s both sad and telling The New York Times would print the lies of their anonymous ‘sources’ anyway.”

“While the White House did not deny the overall description of the meeting, officials strenuously insisted that Mr. Trump never used the words “AIDS” or “huts” to describe people from any country. Several participants in the meeting told Times reporters that they did not recall the president using those words and did not think he had, but the two officials who described the comments found them so noteworthy that they related them to others at the time.”

“The meeting in June (2017) reflects Mr. Trump’s visceral approach to an issue that defined his campaign and has indelibly shaped the first year of his presidency.”

“Seizing on immigration as the cause of countless social and economic problems, Mr. Trump entered office with an agenda of symbolic but incompletely thought-out goals, the product not of rigorous policy debate but of emotionally charged personal interactions and an instinct for tapping into the nativist views of white working-class Americans.”

“Like many of his initiatives, his effort to change American immigration policy has been executed through a disorderly and dysfunctional process that sought from the start to defy the bureaucracy charged with enforcing it, according to interviews with three dozen current and former administration officials, lawmakers and others close to the process, many of whom spoke on the condition of anonymity to detail private interactions.” 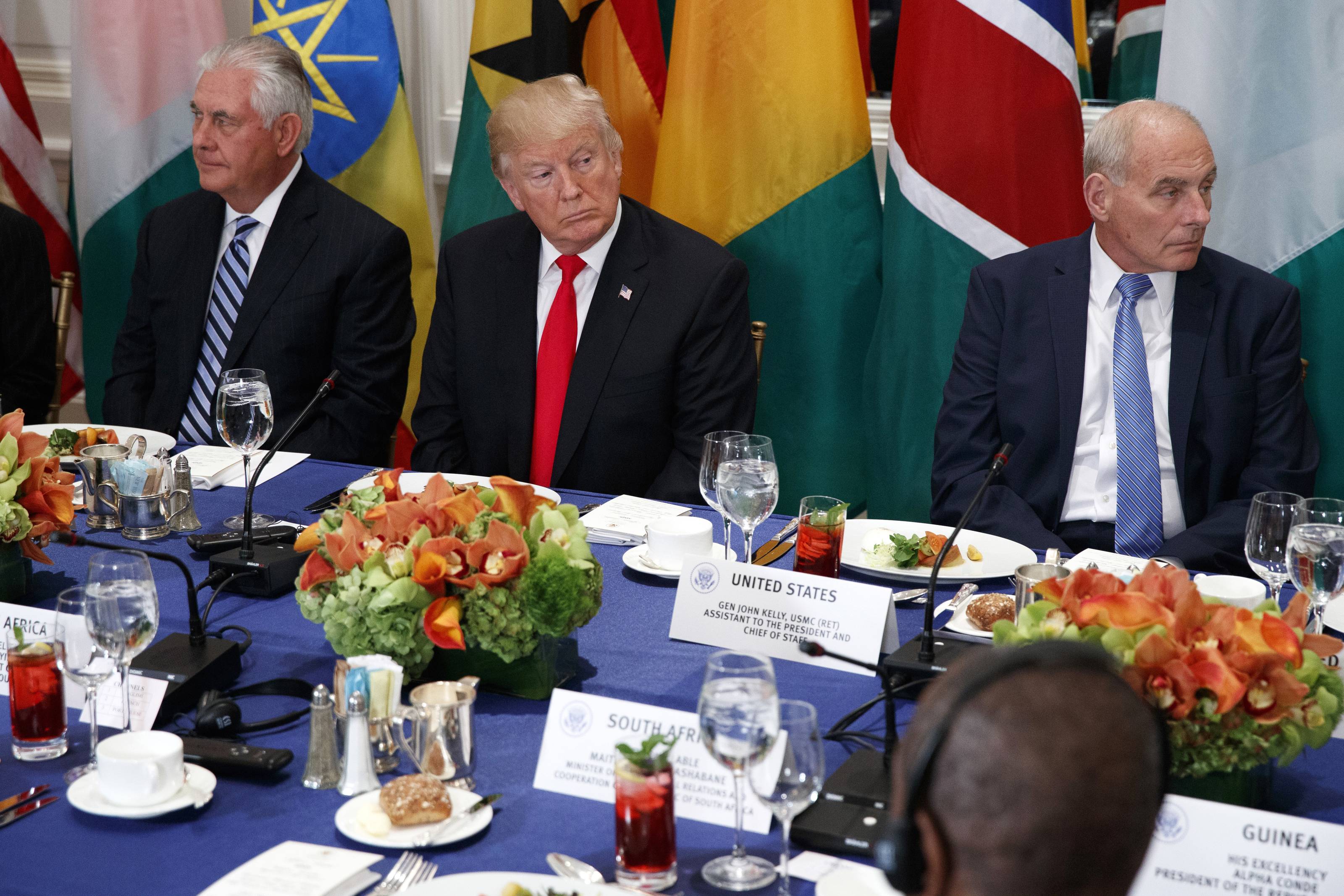 “But while Mr. Trump has been repeatedly frustrated by the limits of his power, his efforts to remake decades of immigration policy have gained increasing momentum as the White House became more disciplined and adept at either ignoring or undercutting the entrenched opposition of many parts of the government. The resulting changes have had far-reaching consequences, not only for the immigrants who have sought to make a new home in this country, but also for the United States’ image in the world.”

“We have taken a giant steamliner barreling full speed,” Mr. Miller said in a recent interview. “Slowed it, stopped it, begun to turn it around and started sailing in the other direction.”

It is an assessment shared ruefully by Mr. Trump’s harshest critics, who see a darker view of the past year. Frank Sharry, the executive director of America’s Voice, a pro-immigration group, argues that the president’s immigration agenda is motivated by racism.

“He’s basically saying, ‘You people of color coming to America seeking the American dream are a threat to the white people,’” said Mr. Sharry, an outspoken critic of the president. “He’s come into office with an aggressive strategy of trying to reverse the demographic changes underway in America.”

A Pledge With Appeal

“Those who know Mr. Trump say that his attitude toward immigrants long predates his entry into politics.”

“He’s always been fearful where other cultures are concerned and always had anxiety about food and safety when he travels,” said Michael D’Antonio, who interviewed him for the biography “The Truth About Trump.” “His objectification and demonization of people who are different has festered for decades.”

“Friends say Mr. Trump, a developer turned reality TV star, grew to see immigration as a zero-sum issue: What is good for immigrants is bad for America. But he remained conflicted, viewing himself as benevolent and wanting to be liked by the many immigrants he employed.”

“Over time, the anti-immigrant tendencies hardened, and two of his early advisers, Roger J. Stone Jr. and Sam Nunberg, stoked that sentiment. But it was Mr. Trump who added an anti-immigrant screed to his Trump Tower campaign announcement in June 2015 in New York City without telling his aides.”

“During his campaign, he pushed a false story about Muslims celebrating in Jersey City as they watched the towers fall after the Sept. 11, 2001, attacks in New York. He said illegal immigrants were like “vomit” crossing the border. And he made pledges that he clearly could not fulfill.”