aside Conservative Mr. Krauthammer Describes How The Guardrails Of US Democracy Fared In 2017 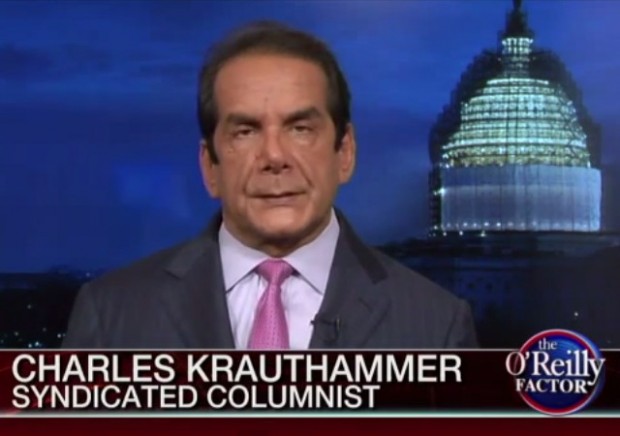 Contrary to the conservative thinking of Charles Krauthammer (a “Never Trumper”), it is my opinion that the guardrails of our democracy did give way in too many instances, mostly because the president’s republican sycophants in the US Congress failed to do their duty to act s a powerful co-equal branch of our US government, to be a restraint on the executive branch, by placing this country’s national security interests before party loyalty.

The perfect most recent example is when the US Congressional republican representatives have so far, failed to legislatively protect the independence of the FBI’s Trump/ Russia investigation led by the Special Counsel Robert Mueller III. 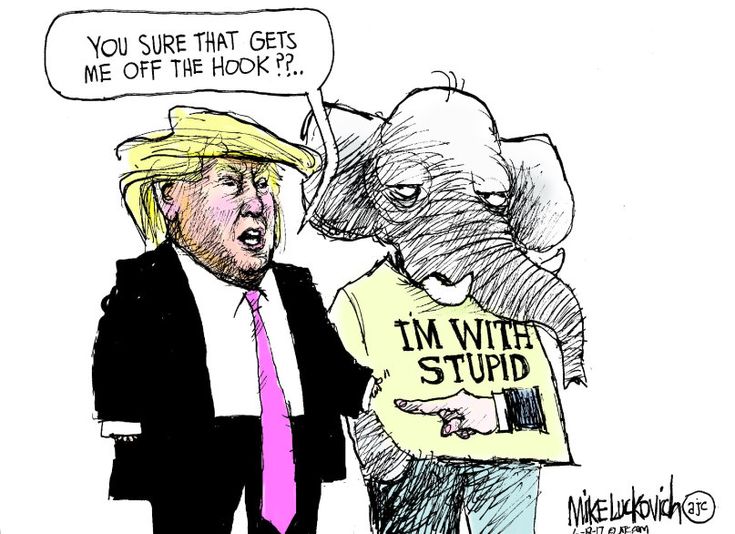 The republican President Donald Trump has stated for the record during a December 2017 interview with the New York Times, that he has the absolute right and power to fire the Department of Justice heads and to shut down this FBI probe. This happens to be true. But under normal circumstances, while the president does have the right and power to legally make this move, he would be checkmated by the resulting swift and brutal negative consequences that would be expected to be led by this US Congress, which would figuratively mean that he would be signing his own impeachment papers.

But, I am no longer convinced that this is the case where we can count on the legislative branch to act as a check, if and when the president should decide to overreach in exerting his power to effectively end the FBI’s Trump/ Russia probe..

However, there have been some bright spots and here’s the rest of the story….

On December 29, 2017, Charles Krauthammer penned the following op-ed piece for the Washington Post, “The guardrails hold.”

“A future trivia question and historical footnote, the spectacular 10-day flameout of Anthony Scaramucci qualifies as the most entertaining episode yet of the ongoing reality show that is the Trump presidency. (Working title: “The Pompadours of 1600 Pennsylvania.”) But even as the cocksure sycophant’s gobsmacking spectacle stole the show, something of real importance took place a bit lower on the radar.”

“At five separate junctures, the sinews of our democracy held against the careening recklessness of this presidency. Consequently, Donald Trump’s worst week proved a particularly fine hour for American democracy:”

1. The military says no to Trump on the transgender ban.

Well, not directly — that’s insubordination — but with rather elegant circumspection. The president tweeted out a total ban on transgender people serving in the military. It came practically out of nowhere. (A House vote to continue funding for sex-change operations may have triggered Trump’s blanket ban.) The military brass, not consulted, were not amused. Defense Secretary Jim Mattis, in the middle of a six-month review of the issue, was reportedly appalled.”

“What was done? Nothing. The chairman of the Joint Chiefs simply declared that a tweet is not an order. Until he receives a formal command and develops new guidelines, the tweet will be ignored.”

“In other words, the military told the commander in chief to go jump in a lake.”

“Generally speaking, this is not a healthy state of affairs in a nation of civilian control. It does carry a whiff of insubordination. But under a president so uniquely impulsive and chronically irrational, a certain vigilance, even prickliness, on the part of the military is to be welcomed.”

“The brass framed their inaction as a matter of procedure. But the refusal carried with it a reminder of institutional prerogatives. In this case, the military offered resistance to mere whimsy. Next time, it could be resistance to unlawfulness.”

“Trump’s relentless public humiliation of Attorney General Jeff Sessions was clearly intended to get him to resign. He didn’t, in part because of increasing support from Congress. We discount here the solemn praise Sessions garnered from hypocritical Democrats who just weeks ago were denouncing him as an unreconstructed racist. Sessions’ former Republican colleagues came out strongly in his defense and some openly criticized the president’s shabby treatment of his first and most fervent senatorial supporter.”

“Indeed, Chuck Grassley, chairman of the Judiciary Committee, warned Trump not to fire Sessions because he wouldn’t get another attorney general — the committee’s entire 2017 schedule was set and there would be no hearings to approve a new AG. That was a finger to the eye of the president. Every once in a while, the Senate seems to remember that it belongs to a coequal branch.” 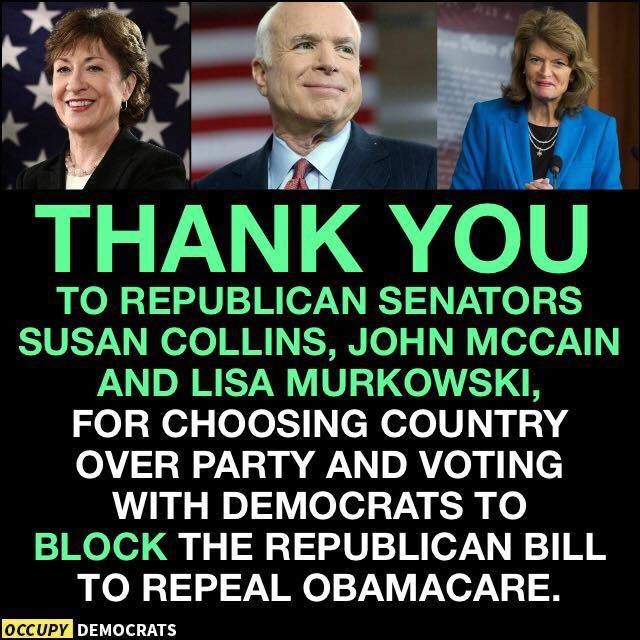 “The causes here are multiple, most having nothing to do with Trump. Republicans are deeply divided on the proper role of government in health care. This division is compounded by the sea change in public opinion as, over seven years, Obamacare has become part of the fabric of American medicine, and health care has come to be seen as a right rather than a commodity.”

“Nonetheless, the stunning Senate rejection of repeal was also a pointed rejection of Trump’s health-care hectoring. And a show of senatorial disdain for Trump craving a personal legislative “win” on an issue about whose policy choices he knew nothing and cared less.” 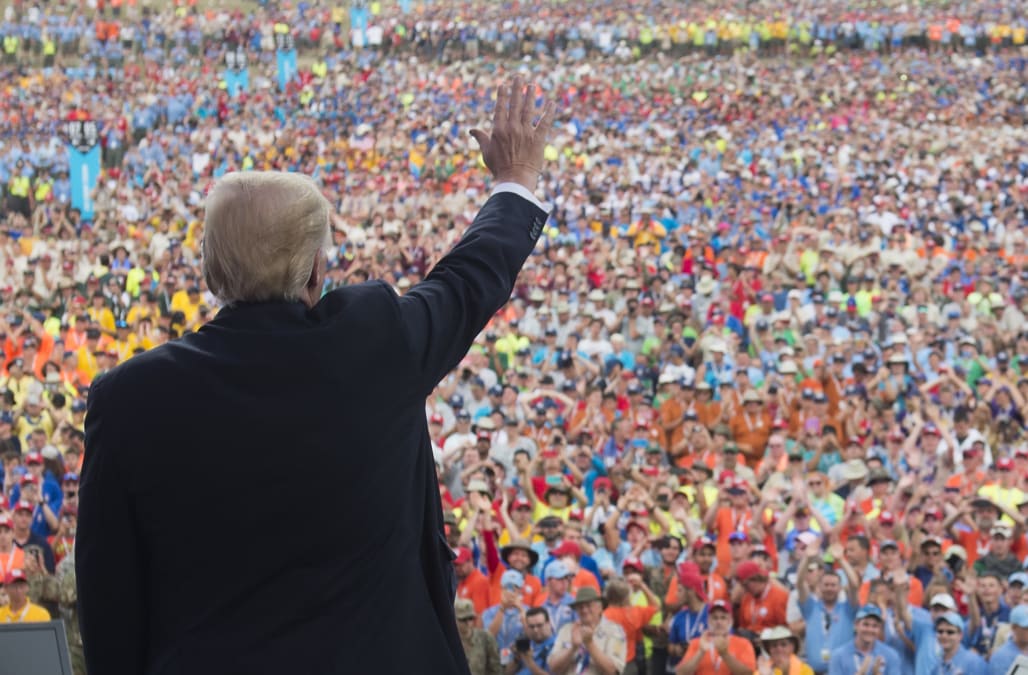 “In a rebuke not as earthshaking but still telling, the chief executive of the Boy Scouts found it necessary to apologize for the president’s speech last week to their quadrennial jamboree. It was a wildly inappropriate confection, at once whining, self-referential, partisan and political.”

“How do you blow a speech to Boy Scouts? No merit badge for the big guy.”

“In an address to law enforcement officials, Trump gave a wink and a nod to cops roughing up suspects. Several police chiefs subsequently reprimanded Trump for encouraging police brutality — a mild form, perhaps, but brutality still.”

“Press secretary Sarah Huckabee Sanders said it was all a joke. Nonsense. It was an ugly sentiment, expressed coyly enough to be waved away as humor but with the thuggish undertone of a man who, heckled at a campaign rally, once said approvingly that in the old days “guys like that” would “be carried out on a stretcher.”

“Whatever your substantive position on the various issues involved above, we should all be grateful that from the generals to the Scouts, from the senators to the cops, the institutions of both political and civil society are holding up well.”

“Trump is a systemic stress test. The results are good, thus far.”