On December 6, 2017, President Donald J. Trump formally as he spoke to the world from a TV screen, recognized Jerusalem as the capital of Israel, reversing nearly seven decades of American foreign policy and setting in motion a plan to move the United States Embassy from Tel Aviv to the contested Holy City of Jerusalem.

The president did say that his decision to recognize Jerusalem should not be construed as the United States taking a position on whether, or how, the city might ultimately be shared between the Israelis and the Palestinians.

The question is, was the president aware that the hard right Likud Party of Israel headed by its head PM Benajamin Netanyahu had different plans in mind which were counter to his assurances, that this decision was not intended to deter a two-state solution between Israel and Palestine.

“An emboldened Israeli right wing is moving quickly in the new year to make it far more difficult to create a Palestinian state, signaling its intention to doom hopes for a two-state solution to the conflict.”

“The actions have come on multiple fronts, as Prime Minister Benjamin Netanyahu’s party for the first time has urged the annexation of Jewish settlements in the West Bank, and the nation’s top legal officers pressed to extend Israeli law into occupied territory.”

“In addition, the Israeli Parliament, after a late-night debate, voted early Tuesday (1/2/18) to enact stiff new obstacles to any potential land-for-peace deal involving Jerusalem, while abandoning at the last minute a measure that would have eased the way to rid the city of several overwhelmingly Palestinian neighborhoods.”

“Coming on the heels of President Trump’s recognition of Jerusalem as Israel’s capital in defiance of decades-old United States policy and international consensus, the moves showed that the Israeli right senses a new opening to pursue its goal of a single state from the Jordan River to the Mediterranean.”

“We are telling the world that it doesn’t matter what the nations of the world say,” Public Security Minister Gilad Erdan told more than 1,000 members of Likud’s central committee on Sunday. “The time has come to express our biblical right to the land.”

But Palestinians and Israeli supporters of a two-state solution said the moves revealed the true colors of the country’s ascendant right wing.

“We hope that this vote serves as a reminder for the international community that the Israeli government, with the full support of the U.S. administration, is not interested in a just and lasting peace,” Mahmoud Abbas, president of the Palestinian Authority, said Monday, adding that he would respond by revisiting the authority’s existing agreements with Israel. “Rather, its main goal is the consolidation of an apartheid regime in all of historic Palestine.”

“Daniel Seidemann, director of Terrestrial Jerusalem, which focuses on the Holy City’s fate in a potential two-state solution, said that “what was winked and nodded about before is now being acknowledged publicly: ‘We have no intent of sharing this land with anybody else except as a barely tolerated minority.’

“Mr. Netanyahu has publicly said that he supports a two-state solution even as his government has expanded settlements on the occupied West Bank. But Mr. Trump’s support has tilted the scales, leading members of Mr. Netanyahu’s government to conclude that Israel can take a stronger position without fear of forceful foreign intercession.”

“The map of external pressures has changed dramatically,” said Menachem Klein, a political scientist at Bar-Ilan University. “Instead of Obama, we have Trump. The European Union is divided, Brexit occupies the British agenda, Germany has coalition problems. There’s no consensus in Europe, no single policy putting pressure on Israel. So this is a very easy arena in which we can go ahead.”

“At the same time, corruption investigations into Mr. Netanyahu and his advisers have weakened him politically and led to speculation that he could be indicted. That has spurred ambitious members of his party, and of his governing coalition, to behave as though 2018 were an election year, staking out positions intended to appeal to their base. The next parliamentary elections are not due until November 2019, but they could come sooner if the government were to fall.” 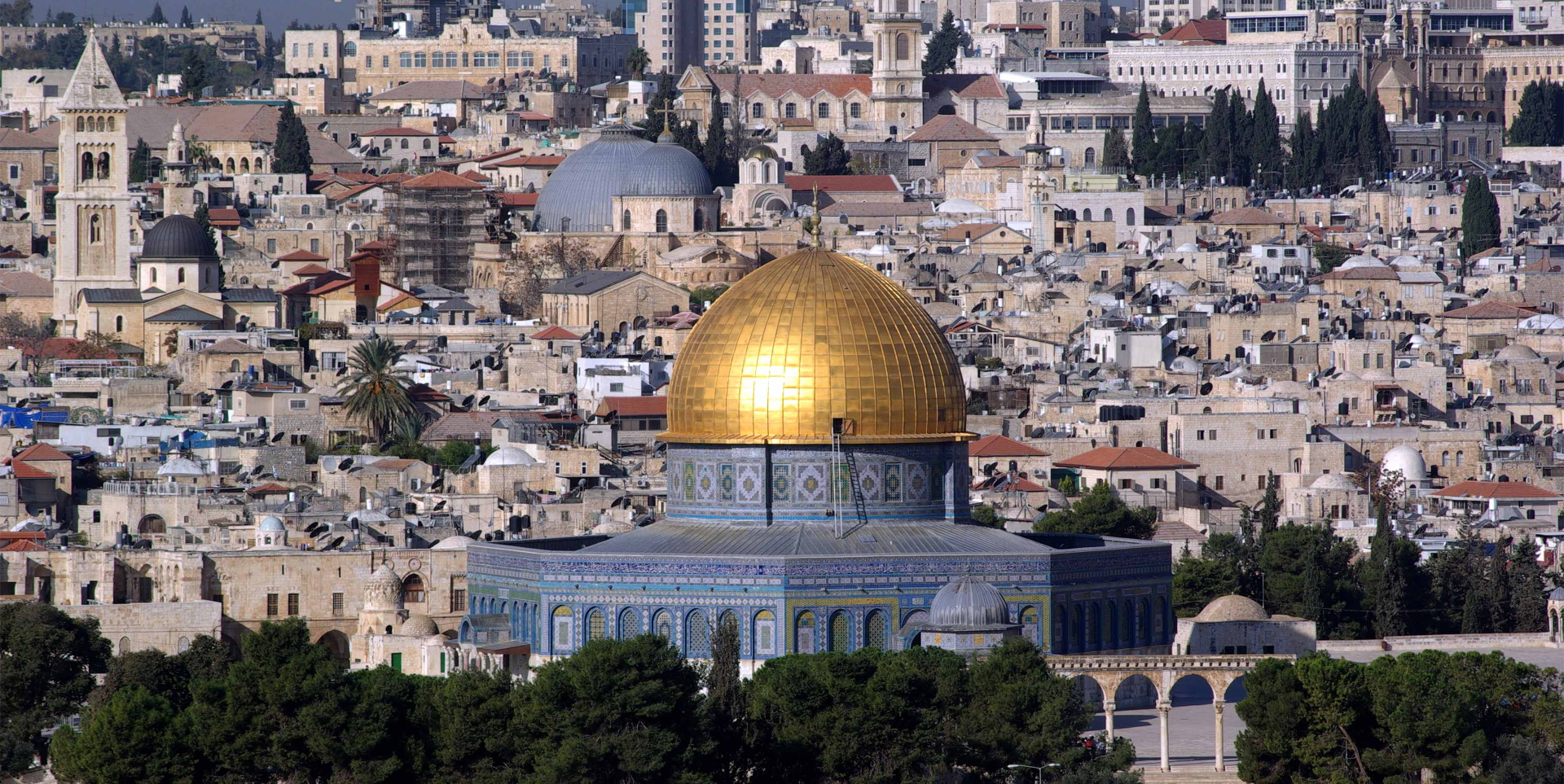 “I don’t discount that people are saying, ‘Maybe we can get away with more now because nobody in the international community seems to care,’” said Shalom Lipner, an analyst at the Brookings Institution who was an aide to several prime ministers. “But the more impactful motivating factor seems to be politics. There’s a certain amount of blood in the water right now, and everybody’s smelling it.”

“Arguably the most provocative, though least substantive, of the flurry of Israeli actions was a nonbinding but unanimous vote on Sunday by the central committee of Mr. Netanyahu’s party, Likud, to support the “free construction and application of Israeli law and sovereignty in all liberated areas of settlement” in the West Bank.”

“If such a measure became law, it would effectively annex Israeli settlements on land that the Palestinians demand for a future state and leave them with an archipelago of disconnected territory. The West Bank is now under military jurisdiction, though settlers are subject to civilian law, as Israeli citizens.’ “Mr. Netanyahu, who at the height of his political powers could have been expected to quash the vote, was not present for it. But most of the Likud ministers in his government endorsed the proposal, which was roughly equivalent to the adoption of a plank in a party platform.”

“Even as Likud met near Ben Gurion Airport, Israel’s attorney general, Avichai Mandelblit, published a new formal instruction to all government offices on Sunday, as part of an agreement with the Justice Ministry, that any new legislation explicitly state how it should be applied on the West Bank, or else the responsible government agency must say why it should not apply there.” 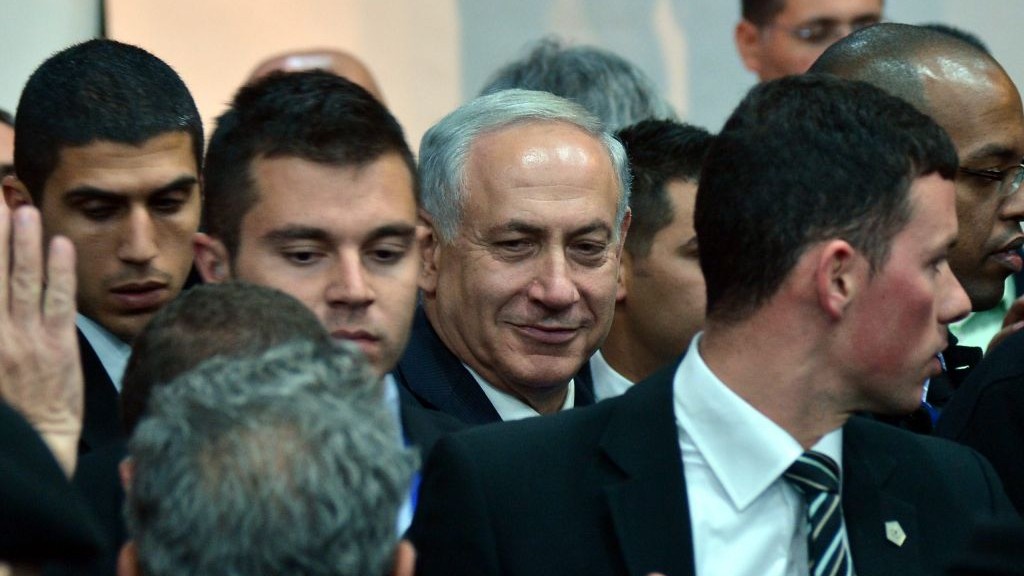 “Justice Minister Ayelet Shaked played down the instruction, telling Kan Radio that it would speed the application of Israeli law to areas where settlers live, which now sometimes takes years, she said, because it must first be adopted by the military commander, who lays down the laws of the occupation. “What we did is an attempt to decrease the gap between Judea and Samaria and Israel,” Ms. Shaked said.”

“But opponents of the occupation said the little-noticed bureaucratic move had great significance. “The Knesset cannot pass laws that are valid in Japan,” said Hagit Ofran, an advocate at Peace Now, a leftist group that opposes settlements, referring to the Israeli Parliament. “You can only legislate in places that you have jurisdiction. And if they claim jurisdiction over occupied territories, it means they’re annexed.”

“Mr. Seidemann, of Terrestrial Jerusalem, said that measures applying Israeli law to Israelis living in the occupied territories would formally set up a democratic system for Israelis while leaving Palestinians subject to military rule.

“That narrows the comfort zone between Israel and the a-word rather dramatically,” he said, referring to apartheid.”