To say that the republican President Donald Trump was furious over finding out about the less than flattering descriptions of himself, his family and the internal White House operations as depicted in a book “Fire and Fury” written by his former chief strategist Steve Bannon with the help of the author Michael Wolff, cannot be adequately conveyed without expletives. But we all knew, we could rely on a barrage of angry retorts from the president and we were not to be disappointed.

On January 3, 2017, Eileen Sullivan, Peter Baker and Maggie Haberman of the New York Times penned the following report, “Trump Breaks With Bannon, Saying He Has ‘Lost His Mind’

“President Trump essentially excommunicated his onetime chief strategist, Stephen K. Bannon, from his political circle on Wednesday, excoriating him as a self-promoting exaggerator who had “very little to do with our historic victory” and has now “lost his mind.” 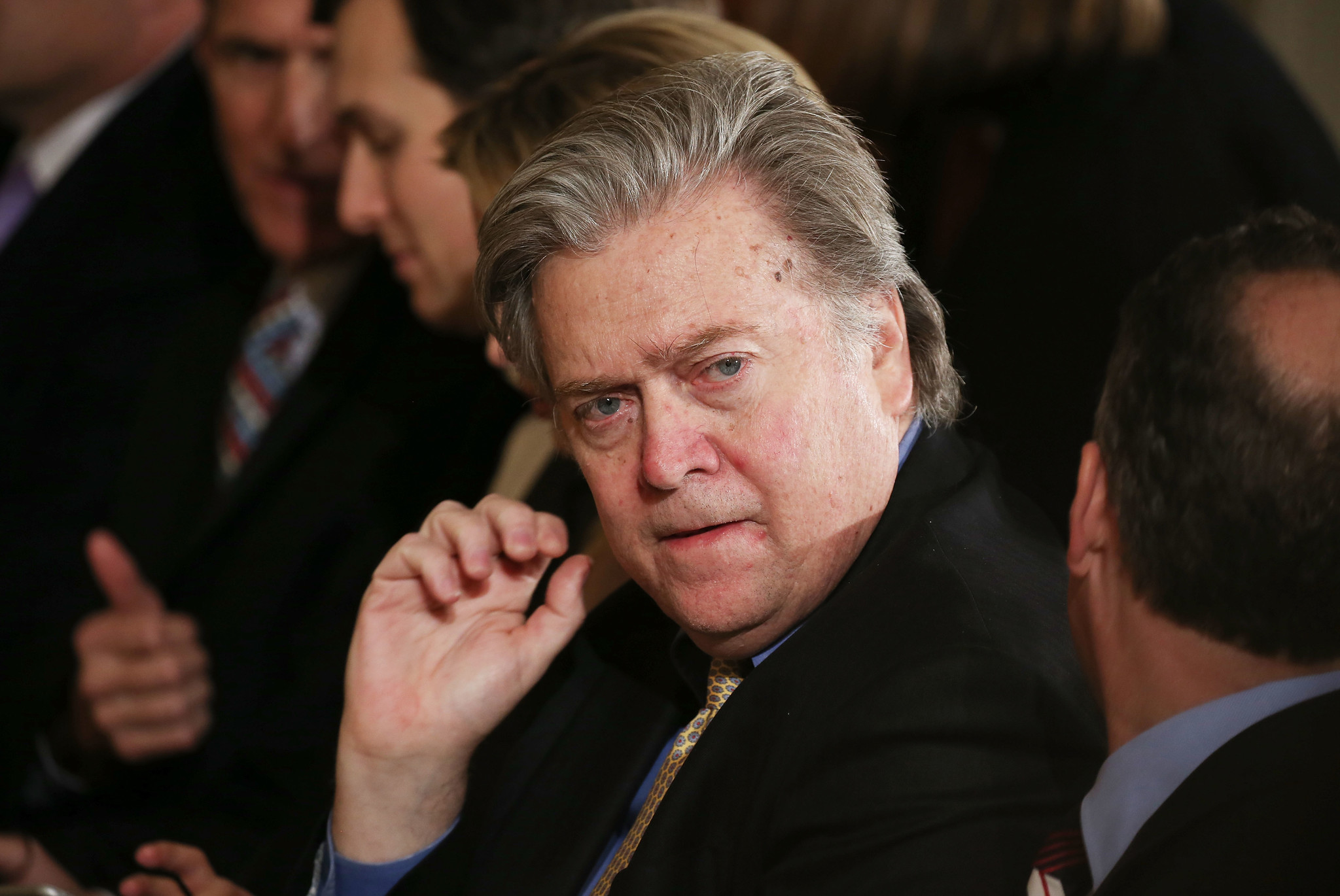 “In a written statement brimming with anger and resentment, Mr. Trump fired back at Mr. Bannon, who had made caustic comments about the president and his family to the author of a new book about the Trump White House. While Mr. Bannon had remained in touch with Mr. Trump even after being pushed out of the White House last summer, the two now appear to have reached a breaking point.”

“Steve Bannon has nothing to do with me or my presidency,” Mr. Trump said in the statement. “When he was fired, he not only lost his job, he lost his mind.” 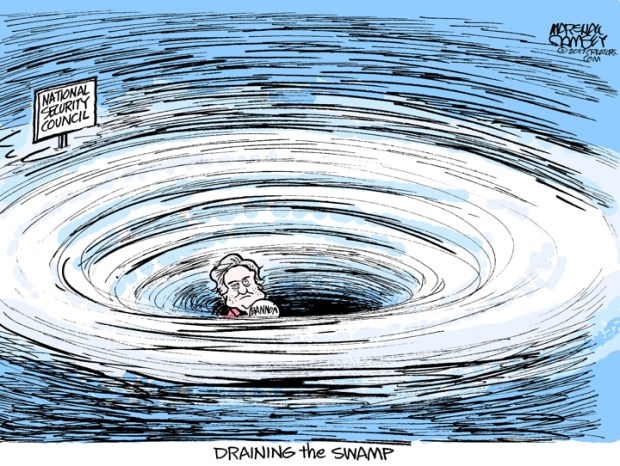 “Mr. Trump berated Mr. Bannon for the loss of a Senate seat in Alabama and said the former adviser did not represent his base but was “only in it for himself.” Rather than supporting the president’s agenda to “make America great again,” Mr. Bannon was “simply seeking to burn it all down,” Mr. Trump said.”

“Steve pretends to be at war with the media, which he calls the opposition party, yet he spent his time at the White House leaking false information to the media to make himself seem far more important than he was,” he added. “It is the only thing he does well. Steve was rarely in a one-on-one meeting with me and only pretends to have had influence to fool a few people with no access and no clue, whom he helped write phony books.”

The president was responding to comments attributed to Mr. Bannon in a new book, “Fire and Fury: Inside the Trump White House,” by Michael Wolff. The forthcoming book was obtained by The Guardian, which first reported Mr. Bannon’s jolting remarks.

“In the book, Mr. Bannon was quoted suggesting that Donald Trump Jr., the future president’s son; Jared Kushner, his son-in-law; and Paul J. Manafort, then the campaign chairman, had been “treasonous” and “unpatriotic” for meeting with Russians offering incriminating information on Hillary Clinton during a June 2016 meeting in Trump Tower.”

“The three senior guys in the campaign thought it was a good idea to meet with a foreign government inside Trump Tower in the conference room on the 25th floor — with no lawyers. They didn’t have any lawyers,” Mr. Bannon said after The New York Times revealed the meeting in July 2017, according to Mr. Wolff’s book. 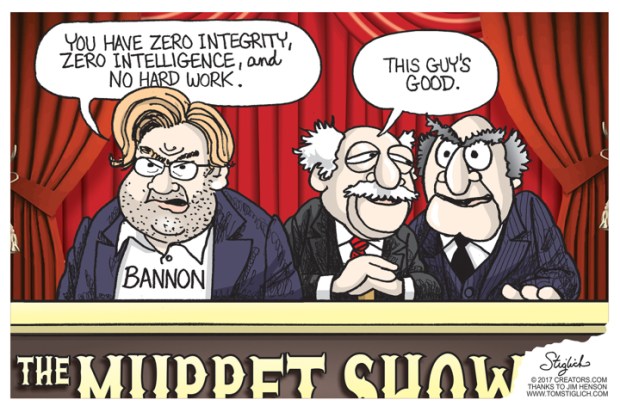 “Even if you thought that this was not treasonous, or unpatriotic, or bad shit, and I happen to think it’s all of that, you should have called the F.B.I. immediately,” Mr. Bannon continued, according to the book.”

“According to Mr. Wolff, Mr. Bannon also predicted that a special counsel investigation into Russia’s interference in the 2016 election and any coordination with Trump aides would ultimately center on money laundering, an assessment that could lend credibility to an investigation the president has repeatedly called a witch hunt. “They’re going to crack Don Junior like an egg on national TV,” Mr. Bannon was quoted as saying.”

“Donald Trump Jr. jabbed at Mr. Bannon on Twitter on Wednesday when he reposted a message noting that Alabama now had a Democratic senator. “Thanks Steve,” the younger Mr. Trump wrote. “Keep up the great work.” 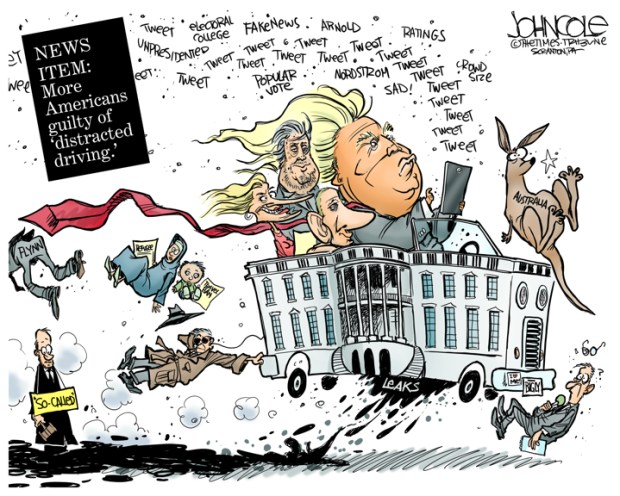 “Mr. Bannon helped propel Roy Moore to the Republican nomination in Alabama and then stuck by him after the candidate was “accused of sexual misconduct with several young women as young as age 14. At Mr. Bannon’s urging, Mr. Trump decided to endorse Mr. Moore even after the allegations surfaced, only to be embarrassed when the Democrat, Doug Jones, won the election last year in a heavily Republican state that had not sent a Democrat to the Senate in a quarter-century.”

“Mr. Bannon, the architect of Mr. Trump’s nationalist and populist agenda, left the White House in August to return to the far-right Breitbart News. Mr. Bannon had said he planned to back a slew of candidates in Republican primaries this year to take down establishment incumbents he saw as insufficiently conservative, even if it clashed with Mr. Trump’s endorsements.” 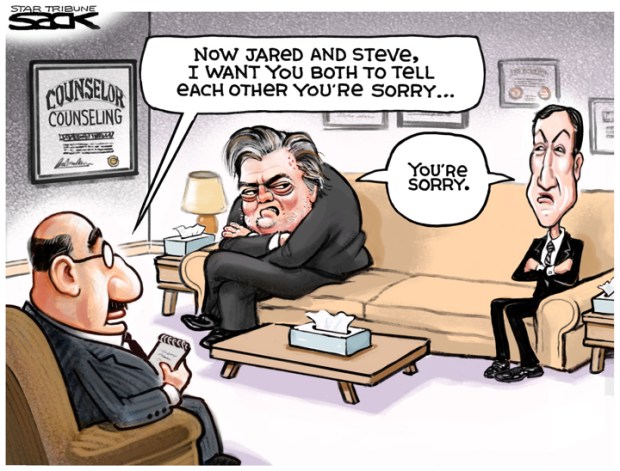 “That did not seem to bother Mr. Trump and indeed struck many as a way for the president to keep Mr. Bannon as an outside hammer pressuring Republican lawmakers to stay in line. But Mr. Trump and Mr. Bannon have grown increasingly estranged, especially since the Alabama defeat. Mr. Trump grew even more upset with Mr. Bannon about an interview with Vanity Fair late last year that painted a poor picture of Mr. Kushner, criticizing his meetings with Russians during the presidential transition.”

“During his Christmas break at his Mar-a-Lago resort in Florida, Mr. Trump stewed over what to say about Mr. Bannon’s comments to Vanity Fair. The president consulted with several advisers and family members about whether he should respond at all, according to three advisers familiar with the discussions.”

“But accusing the president’s eldest son of treason crossed the line, even for an inner circle of aides who regularly fought and privately disparaged each other.”

“An excerpt from Mr. Wolff’s book, published in New York magazine on Wednesday, cites derogatory comments about Mr. Trump from some of the president’s closest allies.” 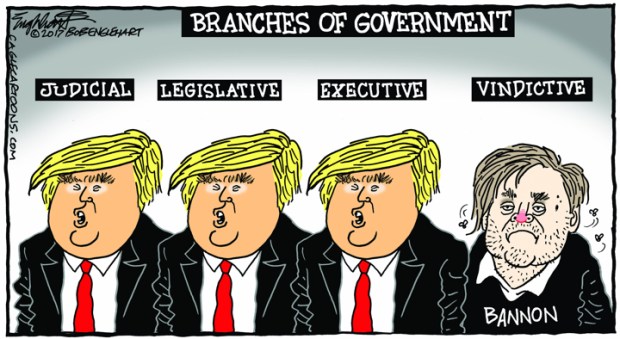 “At least one person named in the book pushed back against it on Wednesday. Thomas J. Barrack, a friend and adviser to Mr. Trump, was quoted telling a friend that the president is “not only crazy, he’s stupid.”

“Reached by telephone on Wednesday, Mr. Barrack said this account was “totally false.” Mr. Barrack added, “It’s clear to anyone who knows me that those aren’t my words and inconsistent with anything I’ve ever said.” He said that Mr. Wolff never ran that quotation by him to ask if it was accurate.”

“Mr. Wolff was frequently seen in Mr. Bannon’s office while the Breitbart chairman was working in the White House. According to two advisers to Mr. Trump, Mr. Wolff spoke with the president once, for about 15 minutes, in the first month of the administration, when Mr. Trump called Mr. Wolff to thank him for his criticism of a Times article that the president did not like.” 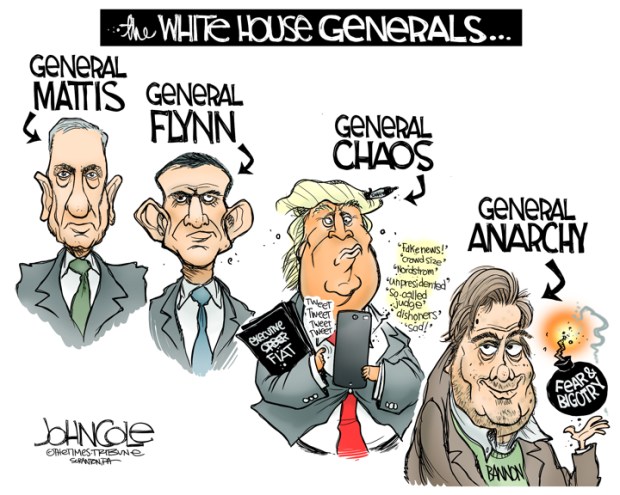 “The White House on Wednesday attacked not just Mr. Bannon but the book as a whole, hoping to diminish its reporting. “This book is filled with false and misleading accounts from individuals who have no access or influence with the White House,” said Sarah Huckabee Sanders, the White House press secretary.”

“The book presents Mr. Trump as an ill-informed and thoroughly unserious candidate and president, engaged mainly in satisfying his own ego. It reports that early in the campaign, one aide, Sam Nunberg, was sent to explain the Constitution to the candidate. “I got as far as the Fourth Amendment,” it quoted Mr. Nunberg as saying, “before his finger is pulling down on his lip and his eyes are rolling back in his head.” 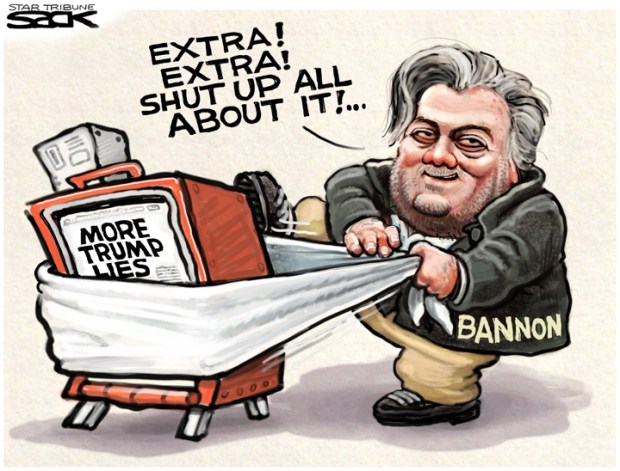 “According to the book, neither Mr. Trump nor his wife, Melania Trump, nor many of his aides actually expected to win the election in November 2016 and indeed did not really want to. It describes a distraught Mrs. Trump as being in tears on election night, not out of joy, and said the new president and first lady were fighting on Inauguration Day.”

“Mrs. Trump authorized her office to rebut the book on Wednesday. “The book is clearly going to be sold in the bargain fiction section,” said Stephanie Grisham, the first lady’s communications director. “Mrs. Trump supported her husband’s decision to run for president and in fact encouraged him to do so. She was confident he would win and was happy when he did.”