aside Republicans, This is the Standard Bearer That You Supported/ Have You No Shame?

Dear Republicans, Women will never forget that many of you supported Donald Trump to become our 45th president. When you lose bigly in 2018 during the election season, don’t bother to pay for a study to figure out why? Just take a look in the mirror.

It is for this reason that I am one of many who left the republican party in 2016. I am certain that I’m not alone.

On January 4, 2017, Wagatwe of the Daily Kos penned the following report, Book excerpt: Trump thinks having sex with his friends’ wives makes ‘life worth living’

When Trump said that he’s a sexual predator, he wasn’t joking. It’s funny how it’s easy to call women liars, but when men expose themselves for who they are it isn’t taken seriously. There’s a constant trail of evidence that Trump doesn’t care about women (as human beings), the concept of consent or treating anyone with a modicum of respect. And the yet-to-be-released book Fire and Fury: Inside the Trump White House by Michael Wolff provides more evidence of that—if this is all true, of course.

The book has a passage highlighted and shared by NBC’s Katy Tur that details a very believable and series of acts that Trump enjoyed: trying to sleep with the wives of his friends. I’m not sure how they are “friends” if Trump is willing to create marital discord for a personal game of conquest.

Trump liked to say that one of the things that made life worth living was getting your friends’ wives into bed. In pursuing a friend’s wife, he would try to persuade the wife that her husband was perhaps not what she thought. Then he’d have his secretary ask the friend into his office; once the friend arrived, Trump would engage in what was, for him, more or less constant sexual banter. Do you still like having sex with your wife? How often? You must have had a better fuck than your wife? Tell me about it. I have girls coming in from Los Angeles at three o’clock. We can go upstairs and have a great time. I promise… And all the while, Trump would have his friend’s wife on the speakerphone, listening in. 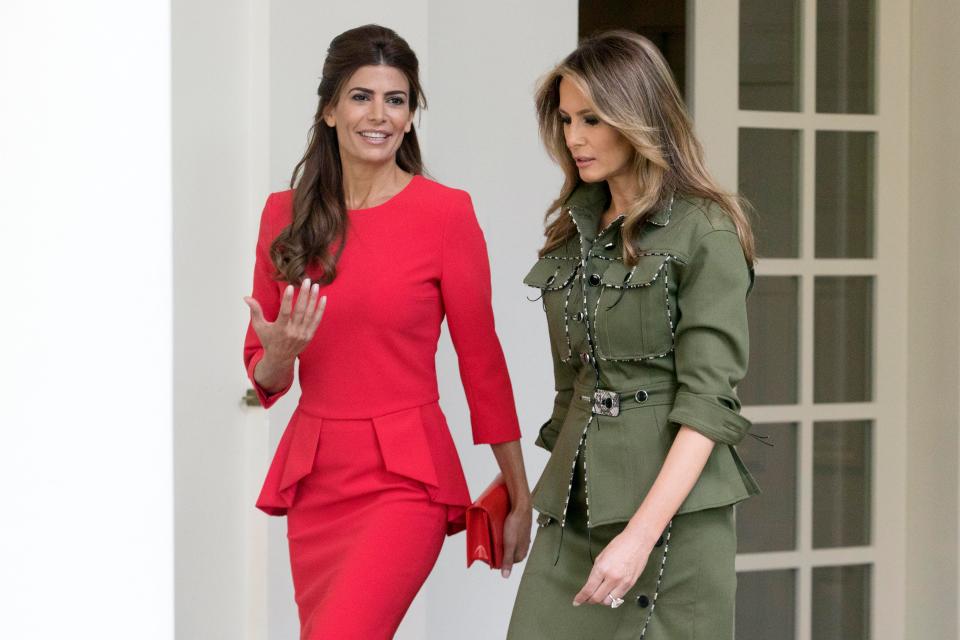 There’s a lot to unpack in this vomit-inducing paragraph, so here’s just a few thoughts (which can all be summarized as Trump is a disgusting, sorry excuse of a human being). 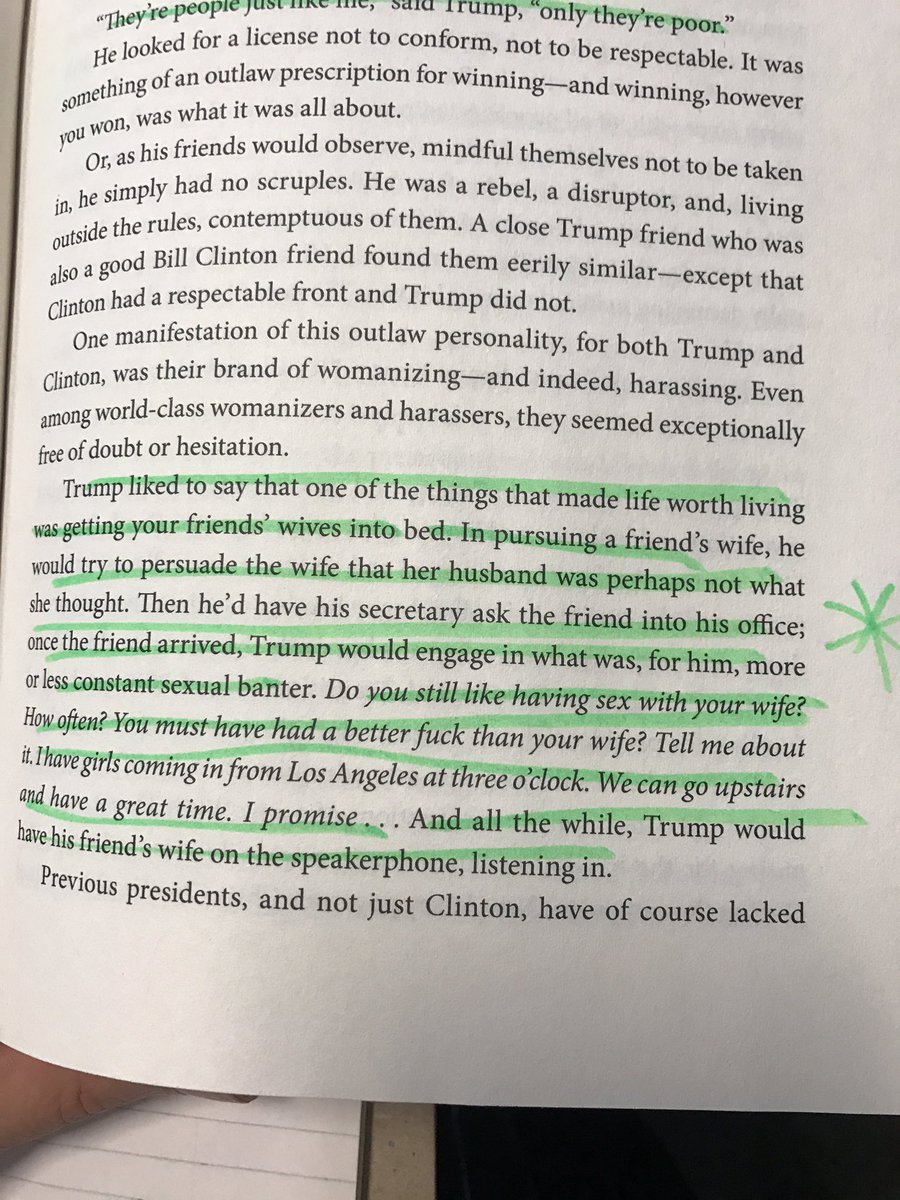 From Fire and Fury, here’s Trump on his friends’ wives –>