aside President Unveils A Plan To Permit Off Shore-Oil Drilling In Most U.S. Continental Shelf Waters

Not so quick, Mr, President. Many states including Florida are up in arms over the republican President Donald Trump’s plans to now allow for off shore-oil drilling in most U.S. continental shelf waters. We here in Florida have not forgotten the 2010 disaster were an explosion by BP’s off shore drilling project in the Gulf of Mexico  caused oil spills for days on end, causing harm to the environment that we still see today in 2017.

The president is not fooling anyone as he tries to sell this plan, as part of the US plan to strive towards  “energy independence.” This is just one more corporate handout at the expense of the environment and the American peoples. We don’t want those good paying jobs that could very likely cause many to lose their livelihoods because of another major oil spill. And please don’t tell us how safe it is to do this off-shore drilling. We have heard all of these lies before the 2010 Deepwater Horizon explosion, the largest US oil spill ever.

Here Is the rest of the story…

“The Trump administration unveiled a controversial plan Thursday (1/4/17) to permit drilling in most U.S. continental shelf waters, including protected areas of the Arctic and the Atlantic, where oil and gas exploration is opposed by governors from New Jersey to Florida, nearly a dozen attorneys general, more than 100 U.S. lawmakers and the Defense Department.” 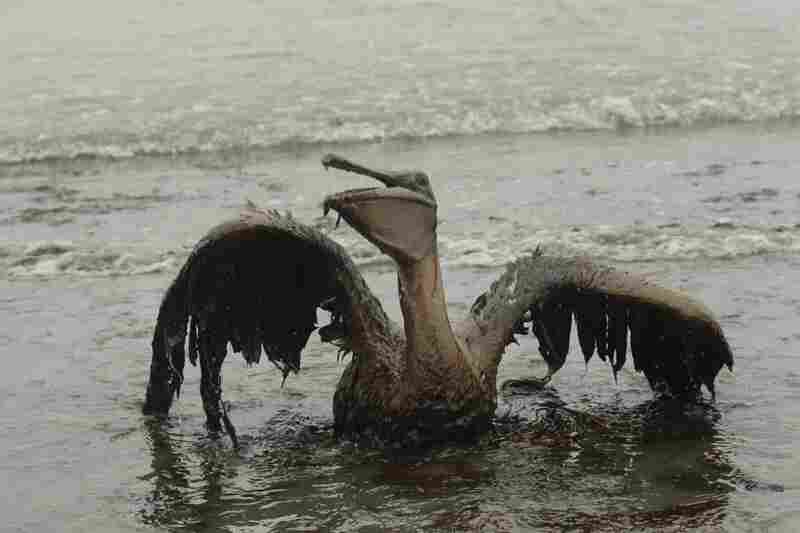 “More than 3 billion barrels of oil is recoverable on the outer continental shelf, along with more than 30 trillion cubic feet of natural gas, according to the Interior Department, which announced the plan. States stand to gain royalties from extraction of these natural resources, and drilling could create hundreds of jobs.”

“But the plan faces a wave of bipartisan state opposition, led in part by Republican Gov. Larry Hogan of Maryland, who has said: “I’m not in favor of offshore drilling.” A catastrophe on the scale of the Deepwater Horizon explosion and oil leak in 2010 would be disastrous for one of the state’s most precious resources, the Chesapeake Bay watershed.”

“South Carolina Gov. Henry McMaster (R) is opposed out of concern over drilling’s impact on the state’s natural resources. New Jersey Gov. Chris Christie fired off a letter to the Interior agency that issues permits saying the state “strongly opposes any waters off our coastline being considered for inclusion in this leasing program,” citing its $44 billion beach tourism industry that creates more than 300,000 jobs.”

The Democratic governors of North Carolina and Delaware are also opposed. Republican Gov. Rick Scott of Florida, where beach tourism on the Atlantic and Gulf coasts generates nearly $50 billion dollars and a half million jobs annually, according to a Florida Atlantic University report, said Thursday that he adamantly opposes drilling off the state’s coast and requested a meeting with Zinke.

Twitter Ads info and privacy
“The Obama administration considered a 5-year plan to permit drilling in the southern Atlantic between Virginia and Georgia but abandoned in March 2016 because of concerns raised by the Navy, which conducts military exercises in a vast area of the ocean near those states. A barrage of letters and comments from coastal communities opposed to the plan also played a role.”
“President Trump has extolled oil and gas exploration as part of an energy dominance agenda. The administration made history last month with its proposal to open nearly 77 million more acres in the Gulf of Mexico to companies wanting to purchase federal oil and gas leases, the largest offering in U.S. history.”

“The Bureau of Ocean Energy Management, which oversees offshore leasing, promised that the environment would be protected. “American energy production can be competitive while remaining safe and environmentally sound,” Vincent DeVito, Interior’s counselor for energy policy, said at the time. “People need jobs, the Gulf Coast states need revenue, and Americans do not want to be dependent on foreign oil.”

“On Thursday, the Interior Department suspended a study conducted by the National Academies of Science, Engineering and Medicine on the safety of offshore oil and gas drilling platforms.”

“Offshore drilling caused one of the worst environmental disasters in U.S. history, the 2010 Deepwater Horizon explosion and subsequent spill of 215 million gallons of crude into the Gulf that fouled beaches from Louisiana to Florida. The effects of the spill are still being felt more than seven years later.”

“One of Trump’s latest despicable announcements has inspired bipartisan action in Florida.”

“Two Florida lawmakers, Republican representative Ileana Ros-Lehtinen and Democratic Senator Bill Nelson have teamed up to demand the administration shut down a proposal to expand offshore drilling for oil.”

Signed @SenBillNelson letter to @SecretaryZinke @Interioropposing any opening of #Florida to offshore drilling in order to prevent a disaster similar to the #DeepwaterHorizon spill. I hope many more #Florida members join!

Nelson expressed his opposition on twitter earlier in the day.

This plan is an assault on Florida’s economy, our national security, the will of the public, and the environment. This proposal defies all common sense and I will do everything I can to defeat it. https://twitter.com/AP/status/948974311024537601 …

Twitter Ads info and privacy
“The pair both signed a letter addressed to Secretary of the Interior Ryan Zinke opposing the proposal citing the 2010 Deepwater Horizon oil spill in the Gulf of Mexico.”

“That spill affected the Florida economy and took the lives of 11 Florida residents.”

“The lawmakers announced their intent to use the Congressional Review Act to try to block the proposal, but it’s speculated that it would likely fail without broad public support.”

“That’s because, ironically, the Act requires the President’s signature in order to take effect.”

“The administration announced earlier today plans to seriously increase offshore drilling for oil in both the Pacific and Atlantic Oceans. It was immediately met with outcries from state lawmakers and environmental groups. Many see it as a total giveaway to the fossil fuel industry.”