aside The Word Is Out: Democrats Are Favored To Win Back Majority Of Seats In US Congress In 2018 I have been surmising in my more recent blogs that republicans in the US Congress had been privy to credible inside data demonstrating that the 2018 post November mid term elections portends a wave election favoring democrats regaining the majority of seats in the US Congress. The Washington Post has confirmed this assumption.

I had made that deduction based on observing republican behaviors that raised a questions in my mind, on how to explain why they were acting a certain way. I did wonder why the president and his republican sycophants in the White House and the US Congress were taking an impromptu trip around January 5, 2018, en masse to Camp David. I did guess that they were having a pow wow on this very subject. 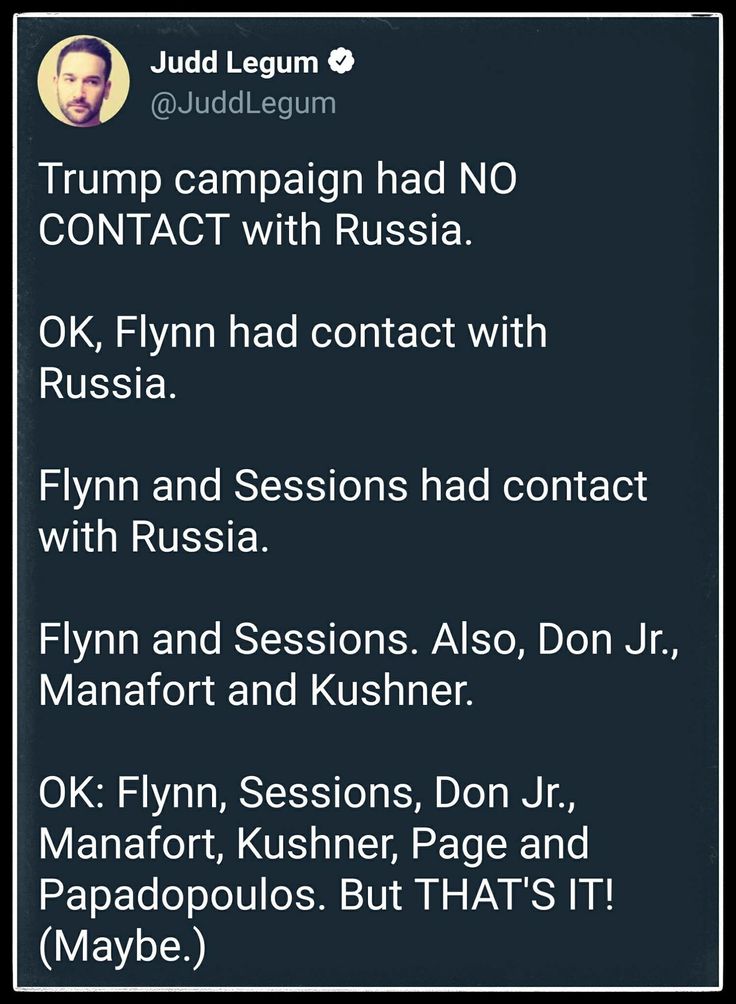 The republicans’ awakening to the reality of their future fortune reversals does explain the republicans’ schizophrenic reversal of being positive to now becoming downright hostile towards the FBI’s Trump-Russia probe and its leader, the Special Counsel Robert Mueller III. The republicans have come to the conclusion that they cannot afford all the negative news that are bound to be forthcoming with the continuation of the FBI’s Trump-Russian probe being led by a highly respected Special Counsel. They know that once the democrats are in the majority, that there will be a push to create a 9/11 non-partisan commission with who’s who on board to fully investigate Russia’s interference in the 2016 US presidential elections, and that the president’s IRS tax returns will be subpoenaed. Finally, Democrats will pursue impeachment of the president based on the FBI’s final report on the Trump-Russia inquiry. In short, republicans are highly incentivized to shut down the FBI Trump-Russian probe and their words to the contrary are just window dressing. Their recent actions to discredit the FBI, its Russian investigation by hook or by crook, belie their true intentions.

There are now 33+ republicans who are retiring from the US Congress.

It is only logical to presume that the republicans will do everything possible to mitigate against these expected losses. 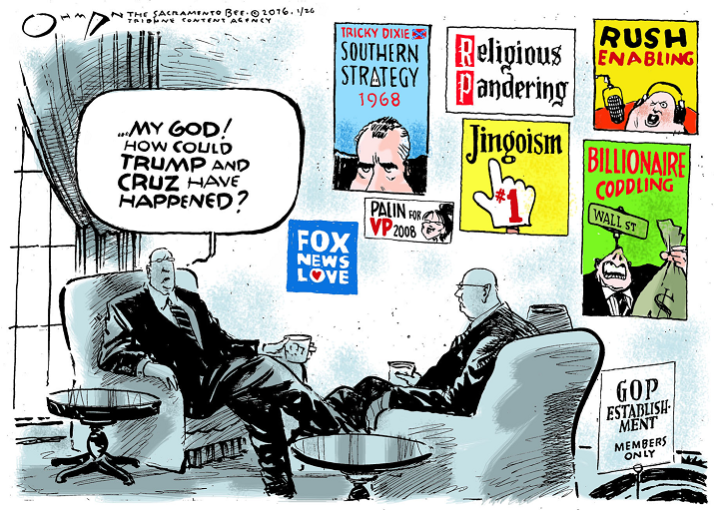 On January 13, 2018, Michael Scherer, Josh Dawsey and Sean Sullivan of the Washington Post penned the following report, “New alarm among Republicans that Democrats could win big this year”

“A raft of retirements, difficulty recruiting candidates and President Trump’s continuing pattern of throwing his party off message have prompted new alarm among Republicans that they could be facing a Democratic electoral wave in November.”

“The concern has grown so acute that Trump received what one congressional aide described as a “sobering” slide presentation about the difficult midterm landscape at Camp David last weekend, leading the president to pledge a robust schedule of fundraising and campaign travel in the coming months, White House officials said.”

“But the trends have continued, and perhaps worsened, since that briefing, with two more prominent Republican House members announcing plans to retire from vulnerable seats and a would-be recruit begging off a Senate challenge to Democrat Heidi Heitkamp of North Dakota despite pressure from Trump to run.”

“And by the end of the week, many Republicans were scrambling to distance themselves from the president after he spoke of “shithole countries” during an Oval Office meeting with lawmakers about immigration policy. Rep. Mia Love (R-Utah), a rising star in the party who faces a strong Democratic challenge this year, quickly denounced Trump for apparently denigrating Haiti, the birthplace of both her parents, during the Oval Office discussion.”

“The president must apologize to both the American people and the nations he so wantonly maligned,” Love demanded — creating a model, perhaps, for Republicans in competitive races to try to separate from Trump as a survival strategy.”

“In the Camp David presentation, House Majority Leader Kevin McCarthy (R-Calif.) described scenarios to the president ranging from a bloodbath where Republicans lost the House “and lost it big,” in the words of one official, to an outcome in which they keep control while losing some seats.”

“McCarthy outlined trends over recent decades for parties in power and spotlighted vulnerable Republican seats where Hillary Clinton won in 2016. Eight years ago, before the 2010 midterms swept the GOP to power, he had drafted a similar presentation with the opposite message for his party.”

“Republicans hold the advantage of a historically favorable electoral map, with more House seats than ever benefiting from Republican-friendly redistricting and a Senate landscape that puts 26 Democratic seats in play, including 10 states that Trump won in 2016, and only eight Republican seats.”

“But other indicators are clearly flashing GOP warning signs. Democrats have benefited from significant recruitment advantages — there are at least a half dozen former Army Rangers and Navy SEALs running as Democrats this year, for example — as Republicans struggle to convince incumbents to run for reelection.”

“At least 29 House seats held by Republicans will be open in November following announced retirements, a greater number for the majority party than in each of the past three midterm elections when control of Congress flipped.”

“The president’s own job approval, a traditional harbinger of his party’s midterm performance, is at record lows as he approaches a year in office, according to Gallup. Polls asking which party Americans want to see control Congress in 2019 show a double-digit advantage for Democrats.”

“When the wave comes, it’s always underestimated in the polls,” said a conservative political strategist who has met with GOP candidates. “That is the reason that Republicans are ducking for cover.”

“Amid the onslaught, Republican strategists say they continue to pin their party’s electoral hopes on the nation’s still-rising economic indicators, the potential effects of the recent tax-reform bill and Trump’s ability to rally the conservative base.”

“The monthly metrics are bad, from the generic ballot to the Republican retirements to the number of Democratic recruits with money,” said one Republican political consultant, who works with major conservative donors involved in the midterms and asked for anonymity to speak frankly. “The big question is: Is everything different with Trump? Because the major metrics point to us losing at least one house of Congress.”

“Who knows what 2018 will be like? Nobody called 2016, right?” said Sen. John Cornyn (R-Tex.), the second-ranking Republican in that chamber. “Everybody thought Hillary Clinton was going to get elected and that Chuck Schumer was going to be the majority leader. And none of that turned out to be true.”

“In private conversations, Trump has told advisers that he doesn’t think the 2018 election has to be as bad as others are predicting. He has referenced the 2002 midterms, when George W. Bush and Republicans fared better after the Sept. 11 terrorist attacks, these people said.”

“But his ability to shape the midterm field has repeatedly been frustrated.”

“Trump worked hard to recruit two 2018 Senate candidates, Rep. Kevin Cramer (R-N.D.) and incumbent Sen. Orrin G. Hatch (R-Utah), both of whom announced in recent weeks that they would not run.”

“Those decisions strengthened the hopes of Heitkamp, who is running for reelection in a state that Trump won by 36 points in 2016, and provided an opportunity in Utah for a Trump antagonist, former Republican presidential candidate Mitt Romney, to launch a Senate bid of his own.”

“In other cases, Republicans have struggled to narrow their Senate fields, with big and sometimes-nasty primary fights shaping up in Indiana, Montana and Arizona. The recent announcement that former Phoenix-area sheriff Joe Arpaio would run for the Senate has raised some Republican concerns about holding onto the seat of retiring Sen. Jeff Flake (Ariz.).”

“Republican leaders feel better about Trump’s ability to elevate Missouri candidate Josh Hawley, the state attorney general, who greeted the president on a recent visit. The White House is also pushing Florida Gov. Rick Scott to run against Sen. Bill Nelson (D-Fla.), although associates of Scott are of mixed opinions on the likelihood that he will do it. In a move White House aides described as unrelated, Interior Secretary Ryan Zinke recently granted Florida an exemption from the president’s new plan to open the nation’s coastlines to offshore drilling.”

“In Ohio, state Treasurer Josh Mandel also made a surprise announcement on Jan. 5 that he would abandon his own Senate campaign, which had broad national support, because of his wife’s health. The White House political operation helped push Rep. James B. Renacci (R-Ohio), who had launched an outsider bid for governor, to instead challenge Sen. Sherrod Brown (D).”

“Trump continually reminds advisers that he remains popular in a number of states, including West Virginia, Montana and North Dakota, according to aides. But slow fundraising and anemic candidate recruitment have caused tensions between the White House and the National Republican Senatorial Committee, White House advisers said.”

“A Republican familiar with NRSC operations said there was a noticeable fundraising uptick in December, when the GOP tax bill passed, which helped smooth out relations after a rough period that included a stinging special election defeat in Alabama that cost the party a Senate seat. These days, the Republican said, White House aides are in frequent contact with committee officials and the favorable map is a main driver of hope.”

“White House officials said they expect a full plunge in upcoming weeks into a special House race in Pennsylvania, with trips from Trump, Vice President Pence and Cabinet members. The race has taken on a larger-than-life role in the White House because officials want to stem the tide of the losses they suffered last year in Virginia and Alabama.”

“White House officials also said they are interested in progress on infrastructure, which polls well across the country, particularly in swing districts. And they have begun exploring ways to inject “wedge issues” that could trouble Democrats in more conservative states. Those could include immigration votes, requirements for welfare, sanctuary-city reform and revisions to the guest-worker program.”

“Despite all that, political handicappers have gradually increased the odds that Democrats will retake the House, where they need to pick up 24 seats to do so. Democrats must net two seats to take control of the Senate, a harder task given the number of competitive states where Trump won reelection.”

“Among the recently announced Republican retirements are Rep. Darrell Issa (Calif.) and the surprise decision by Rep. Edward R. Royce (Calif.), who had previously told party leaders that he was committed to reelection. Both seats are now seen as potential Democratic pickups.”

“Hopes of recruiting other top-tier candidates have been frustrated. In Tennessee, Democrats recruited former governor Phil Bredesen to run for the Senate seat left open by the retirement of Sen. Bob Corker (R). But Republican efforts to recruit the current governor, Bill Haslam, fell short.”

“Republican strategists said they want to spend the next eight months talking about the economy. (I am betting that Americans will be voting for a return to decency.)”

“But maintaining that message can be a challenge, as the president showed this week when his vulgar comments about some developing countries sparked international outrage.

“Dave Hansen, a political adviser to Love, the Utah congresswoman, said such conflicts are unavoidable.”