While I have been critical about the 80% of Evangelicals who voted for Donald Trump to become president as they have given the president a “mulligan” for his extra-marital affair while his wife Melania was pregnant, his racist leanings, his denial of climate change science, as well as all of his other substantial character flaws, the author SE Cupp gives as good an explanation as I’ve seen anywhere as to why mostly White Evangelicals voted for President Trump, and continue to support him.

I do think her reasoning is somewhat flawed and self- serving, but it at least makes sense. I am sharing this because it is my belief that it is helpful to have some real understanding of why peoples act a certain way in order to be able to present a counter debate as the opportunity arises. 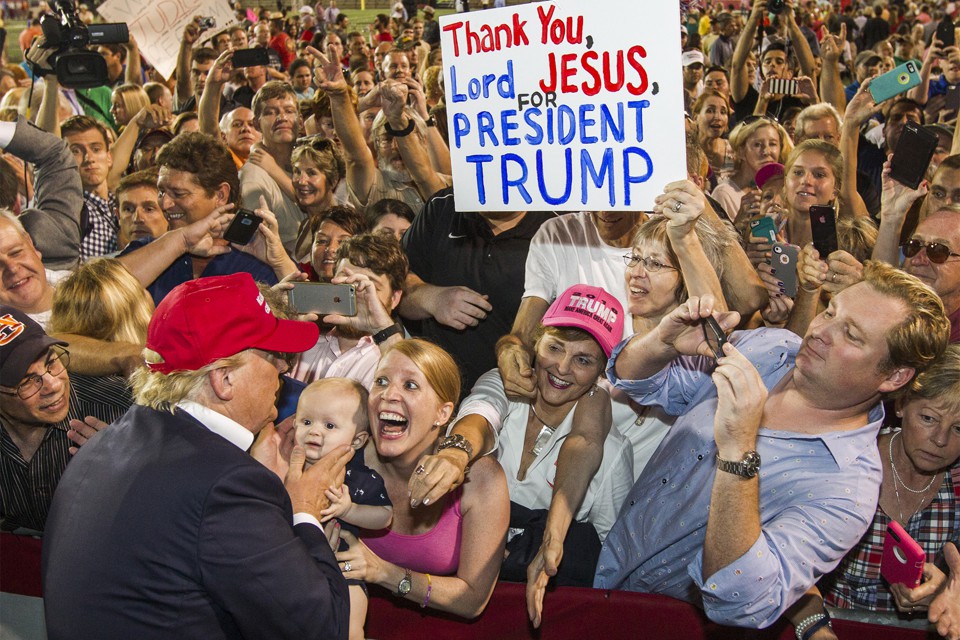 On January 24. 2018,  S. E. Cupp of the New York Daily News penned the following op-ed piece, “Why evangelicals stand by Trump: Those calling out the hypocrisy of Christian conservatives ignore the scars of recent history”

“It was one of President Trump’s most supportive voting blocs in 2016: 80% of white evangelicals voted for him, according to exit polls. Just 16% voted for Hillary Clinton.”

“Family Research Council President Tony Perkins told Politico, “We kind of gave him — ‘All right, you get a mulligan. You get a do-over here.’ ” Franklin Graham, son of the Rev. Billy Graham, told CNN that Trump is a “changed person.” He rationalized, “These alleged affairs, they’re alleged with Trump, didn’t happen while he was in office.”

“There are two ways to view this: Either evangelicals like Perkins are rank hypocrites or, in the spirit of their faith, are simply very, very forgiving.”

“Many lean toward the former interpretation, and I get the temptation.”

“But it willfully leaves out a lot of recent history. As the left and liberal media try to “figure out” Christian America during this latest, complicated moment, it’s instructive to understand where they’ve recently been.”

“Two years into Barack Obama’s first term, I wrote a book on the liberal war on Christianity. When “Losing Our Religion” came out, folks on the right got it immediately. “Of course the left is attacking Christians,” was the general refrain.”

“Many on the left, however, were incredulous. One far-left radio host had me on to tell me he had no plans to read the book, but that my premise was absurd on its face. Christianity’s the biggest religion in the country; it can’t possibly be an oppressed class, they insisted.”

“OK, ask one — just one — evangelical Christian why they voted for Trump.”

Perkins spelled it out. Evangelical Christians, he says, “were tired of being kicked around by Barack Obama and his leftists. And I think they are finally glad that there’s somebody on the playground that is willing to punch the bully.”

“It wasn’t just Obama’s condescension toward the faithful, who he famously said “cling to guns and religion” when angry or scared. It was eight years of policies that trampled on their religious values, from expanded abortion rights and decreased regulation, even in the face of horrific cases like Dr. Kermit Gosnell’s, to continued efforts to chip away at religious employers’ rights.

It was a smugness from the liberal media, which talked about Christian America as if it were a vestigial organ of some extinct, diseased dinosaur.”

“Liberal television hosts mocked Sarah Palin for banal things like praying, and reporters wrote that her faith — Pentecostalism — was fanatical, kooky and bigoted. Liberal networks and newsrooms were windowless cocoons of secularism that only deigned to cover Christianity to dismiss its relevance or spotlight its perceived backwardness.”

“And it was decades of concerted cultural elitism that marginalized Christians as not cool enough to cater to. Movies like “The Passion of the Christ” and “The Chronicles of Narnia” were blockbuster hits in spite of dismissive Hollywood film critics who refused to believe there were enough Christians to go see them. Celebrities called them fanatics; comedians made fun of them.”

“Many evangelicals I talk to say they grew tired of turning the other cheek. In Trump, they finally found someone who was willing to voice the anger and resentment they had been holding in.”

“They could overlook his personal foibles — after all, let he who is without sin cast the first stone — and his evangelical illiteracy, in exchange for getting someone who would tell off all their past tormentors.”

“It’s worth noting, there’s also Trump’s record. From tapping Neil Gorsuch for the Supreme Court to acknowledging Jerusalem is the capital of Israel to following through on his pro-life rhetoric, the President has delivered on a number of promises he made to evangelicals. But that’s not why they voted for him.”

“So while the willingness to forgive and even defend Trump’s alleged sins seems anathema to many, the fact is evangelicals, like many Trump voters, had good reason to pull the lever for him — and now to stand by him.”