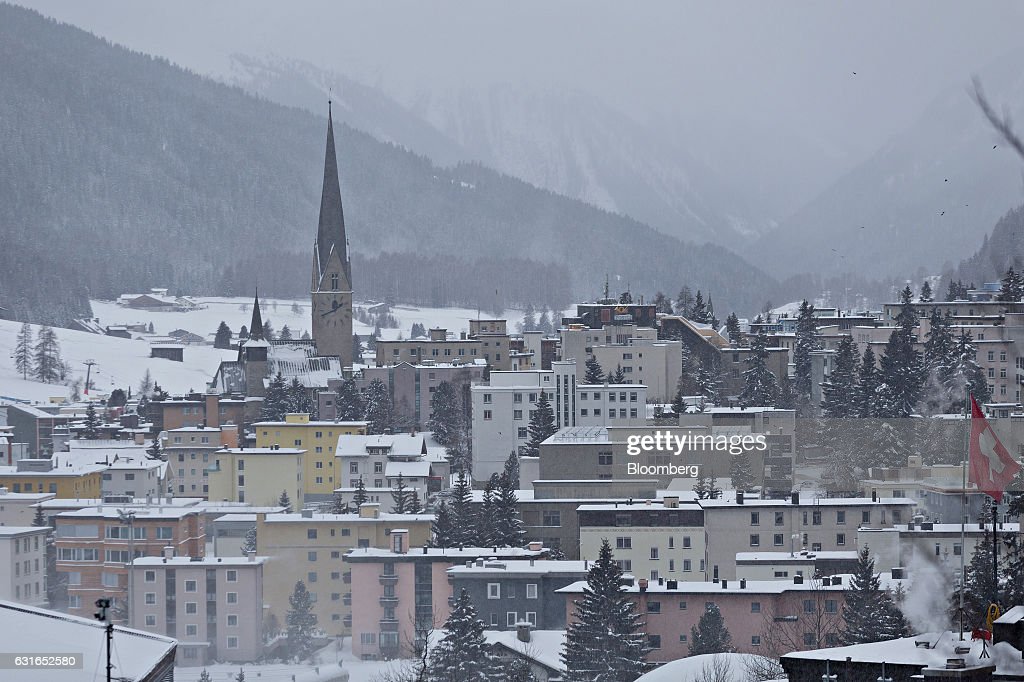 By now, we all know that the republican Donald Trump and his entourage have arrived at Davos, Switzerland on January 25, 2018 to attend the World Economic Forum with other World Leaders. The president was greeted with a rock star status. On January 26. 2018, the president is expected to deliver his, “America First” speech where the USA is open for business.

But then, there are the undertones. For instance, it would be expected/ the norm that President Trump and the Canadian Prime Minister Justin Trudeau would meet but it appears they have no intention to get together. 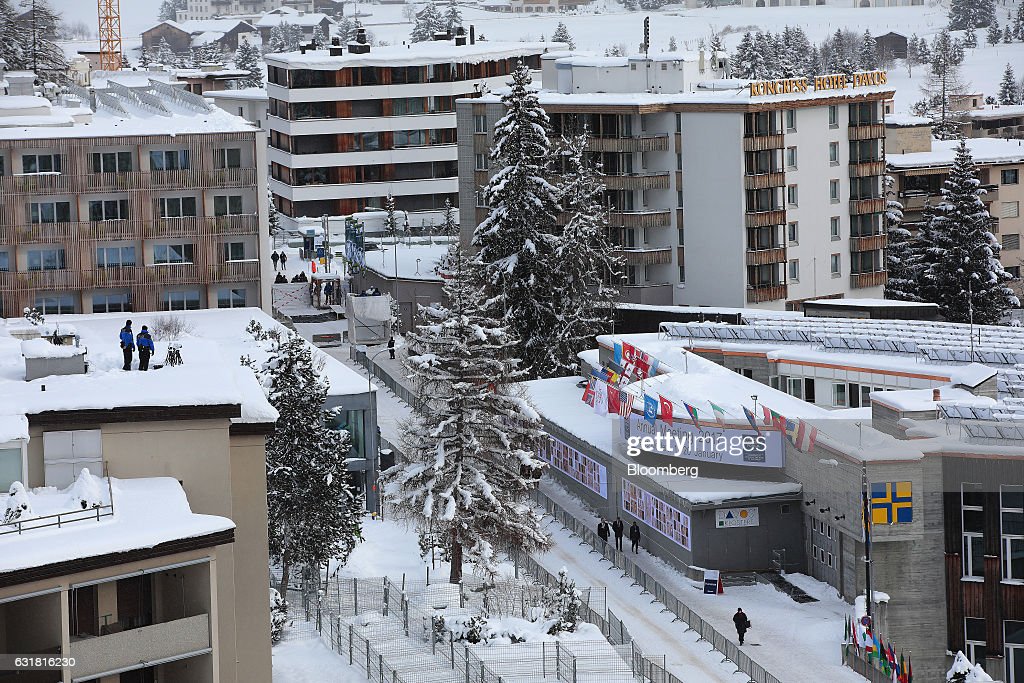 They both are very different on how they approach leadership in their respective countries. PM Trudeau has been negotiating for Canada to be a part of the TPP multi-national trade agreement, whereas President Trump has been leaning towards isolationism for the USA. It looks like World leaders are leaving the USA behind as they forge ahead to make the TPP trade agreement a success which has been developed to thwart China’s attempts to corner a monopoly on trade.

The PM Trudeau cares about the issue of income inequality in Canada, however, President Trump just helped pass the 2017 “trickle down economic” republican partisan tax cuts bill which will exacerbate the problem of income inequality in the USA when the US is already rated as #1 in income inequality when compared to other rich developed countries. Typically the developed countries have less income disparity between the rich and the middle class/ poor than developing or third world countries. The USA is the exception.  In 2017, 85% of the wealth in the USA went to the top 1%. 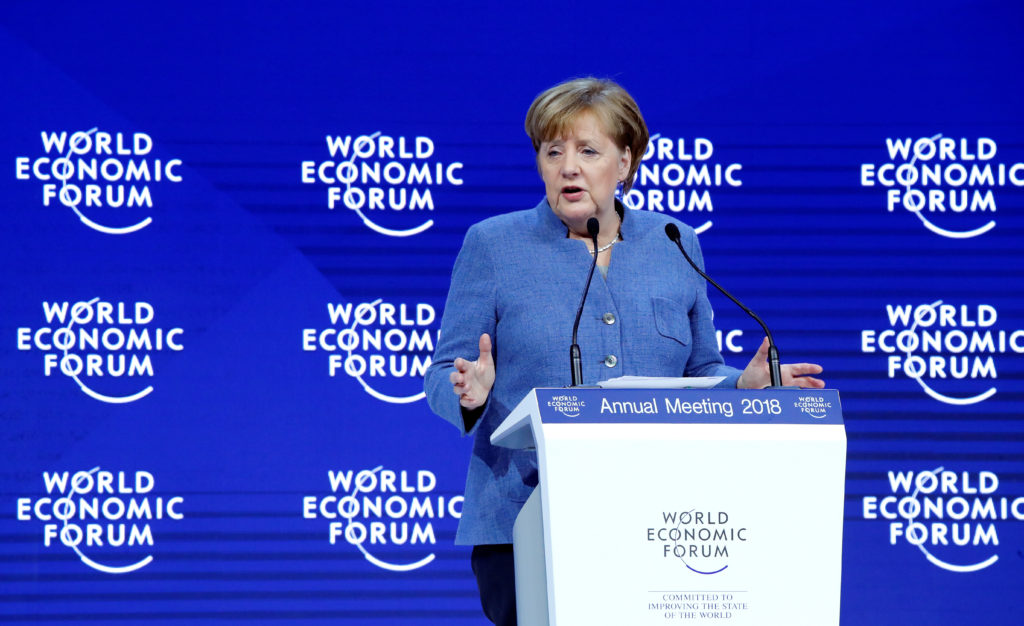 “One reason world leaders go to Davos, Switzerland for the World Economic Forum is to have one-on-one meetings with each other to discuss issues and build relationships.”

“Although Canada is the largest U.S. trading partner and traditionally America’s closest ally, Canadian Prime Minister Justin Trudeau didn’t seek or have a meeting with President Trump or any of the cabinet secretaries accompanying the U.S. president to Switzerland.”

“Apparently, Trump did not seek out a meeting with Trudeau either.”

“At a press conference, before he left – the day before Trump gives his keynote address – Trudeau said that he has “many opportunities to exchange on the regular basis with the President. We talk on the phone. We see each other at a broad range of international and local venues.”

“So when was the last time Trudeau and Trump spoke? October 16.”

“o more than three months later, there’s nothing to talk about?”

“There are the tariffs the U.S. has put on Canadian softwood lumber and jet aircraft made by Bombardier; Canada’s ambitious Ocean’s Protection Plan; and Canada’s recent deal to join with 10 other countries to revive a version of the Trans-Pacific Partnership (TPP) that Trump refused to join.”

“Or they could have discussed Trump’s crackdown on immigration and his latest plan to build a giant wall not just on the Mexican border, but also along the Canadian border.”

“They certainly would have lots to chew over the pending renegotiation of the NAFTA agreement, the three-way trade pact with Canada that has become a major political issue in both countries.”

“The Prime Minister also participated in a roundtable with key U.S. industry leaders to discuss how we can strengthen trade between Canada and the U.S.,” a statement from his office out today reports, “and modernize NAFTA to the benefit of the middle class in North America.”

Or Trudeau could have had a chat with U.S. Commerce Secretary Wilbur Ross who, according to the Toronto Globe & Mail, “criticized Mr. Trudeau on Wednesday for using the platform of the World Economic Forum to ‘put pressure’ on the U.S. in its NAFTA negotiations.”

“We’re working very hard to show our neighbor to the south just how good NAFTA is,” Trudeau said at the World Economic Forum. https://usat.ly/2BnSKEQ

Canada and the United States share one of the largest trading relationships in the world.

Twitter Ads info and privacy
The unflappable Trudeau insists he wasn’t causing trouble for the Trump administration when he met with business leaders asking them to sell the benefits of NAFTA to American workers and, reports The Globe & Mail, “urging them to keep investing in Canada.”

“In his own keynote address, Trudeau told reporters that he “reiterated the stand he took against corporate greed,” a very un-Trumpian stance.”

“Many employees continue to put profits ahead of the well-being of their employees,” he told reporters. “We simply cannot afford to let this kind of thinking continue to dictate corporate behavior.”

“It is impossible to ever imagine those words coming out of Trump’s mouth. His entire administration has been about pumping up the stock market and pleasing Wall Street, where the needs of workers take a back seat to making profits to please investors.”

“Trudeau is the kind of guy who worries about economic inequality being not only unfair but also a threat to civil society, as workers get angry that a handful of the super-rich keep getting wealthier while the wages and benefits for everyone else remain stagnant, even as the price of just about everything keeps going up – destroying their buying power.”

“Trudeau also used his trip to promote equal rights for girls and women, not just in pay, but also in terms of education.”

“In Davos, Trudeau announced Canada was doubling its pledge of $189 million to the Global Partnership for Education for the period from 2018 until 2020, as he put it, “to help strengthen education systems in developing countries while providing targeted support for girls education.”

“In the U.S., Trump’s Education Secretary Betsy DeVos is busy cutting funding for public education while promoting private charter schools that teach religion and a morality that serves the rich while ignoring the poor, male or female.”

“DeVos is making it more expensive for kids to go to college, and undermining programs to soften the high cost of student loans and give those who graduated long ago but still have a huge student loan debt ways to cope with the burden.”

“Maybe Trudeau knew that Trump would not want to discuss the high cost of healthcare in the U.S. that is sending everyone but the rich into debt and often bankruptcy, while Canada provides a single-payer system that guarantees health care as a human right.”

“Canada cares about human rights and Trump cares about what Fox News says so that he can tweet about it.”

“It must be hard for the young, thoughtful, intelligent leader of Canada to want to be locked in a room with the boastful, lying, philandering American president, so it is not hard to see why they didn’t meet and haven’t talked in over three months.”

We have a Prime Minister & Minister of Finance who were found in breech of multiple ethics violations & a Minister of Status of Women who can’t get a Canadian passport due to lies on an immigration form but who is traveling on a diplomatic one to Davos & this is the CBC headline? https://twitter.com/thecurrentcbc/status/955807331870126081 …

Trudeau’s biggest asset is Trump. Both as a distraction and by exhibiting such unbecoming behavior that Trudeau looks like a competent, honorable, statesman in comparison.

Twitter Ads info
“While all of this is painfully obvious, it is also painful for many Americans who don’t agree with Trump’s authoritarian, one-sided, regressive, inhumane views – which favor the rich over the poor – which call for deals with dictators while ignoring how they murder their own citizens – as the perception of the U.S. around the world goes from great to dismal.”

“Trump may think he is making America great but the rest of the world, according to multiple polls, does not agree – especially those in Europe.”

Global respect matters. How others perceive us is good for our economy and our ability to influence outcomes… https://fb.me/QWxM1StI

Trudeau and Merkel, most respected global leaders; Trump and Putin, with highest disapproval

“You can bet they have a lot higher opinion of Trudeau than they do of Trump, and the way it is going, that situation is only going to get worse.”

“Trudeau is right not to talk to Trump if he can avoid it. And that is unfortunate for all Americans.”