I do so admire the 85 year old Supreme Court Justice, Ruth Bader Ginsberg who plans on not retiring anytime soon. In my mind, she has been a shining star on the Supreme Court and my hero. It did my heart good to learn that Justice Ginsberg does not plan to attend the 2018 republican President Donald Trump’s upcoming (1/30/18) State of the Union report to the American peoples. It appears that she had a prior commitment made in August 2017 that conflicts with the timing of the president’s address. This will be the second time that she has not attended the president’s State of the Union speech.

Here’S the rest of the story…

On January 27, 2018, Julia Manchester of the Hill penned the following report, “Ginsburg will not attend Trump’s first State of the Union.”

“Supreme Court Justice Ruth Bader Ginsburg will not be in attendance at President Trump‘s first State of the Union address on Tuesday (1/30/18).”

“Ginsburg is scheduled to be at Roger Williams University in RI for her speaking tour on Tuesday, according to The Associated Press.”

“While Ginsburg has been critical of Trump in the past, her talk at the university was   announced last August.”

“Ginsburg did not attend Trump’s address to Congress last year after attending all eight of former President Obama’s addresses. ”

“It is not abnormal for Supreme Court justices to skip out on annual presidential addresses.”

“Late Justice Antonin Scalia had not attended a State of the Union since 1997 prior to his death in 2016.”

“You just sit there, looking stupid,” Scalia once said, according to CNN.

“Alito, who famously shook his head and mouthed “not true” after Obama criticized the court in his 2010 State of the Union, said after the address he would not attend in the near future, saying he felt “like the proverbial potted plant.”

“Ginsburg and Trump have clashed in the past.”

“The justice referred to then-candidate Trump as a “faker” in 2016, and said she could not imagine what the country would be like with Trump as president.”

“Trump appealed to his base on the campaign trail through promising to pack federal courts with conservative judges.” 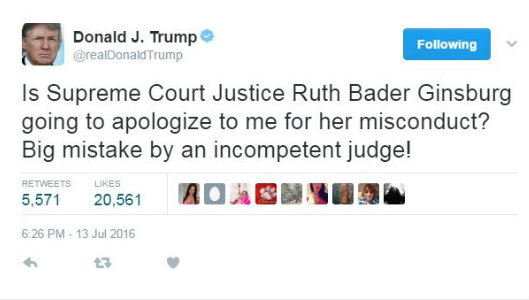 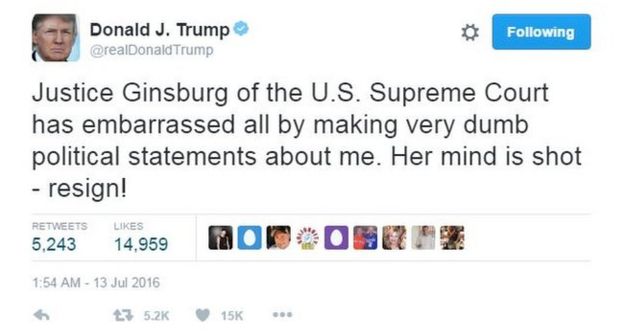