As per house.gov: Below are the contact numbers and hashtags for republican members of the US House Intelligence Committee. Let them know how you feel about the passage to make the Nunes memo public.

The Justice Department has formally requested that this memo not be made public.  According to Fox News and CNN, the FBI Director Chris Wray has read the Nunes memo on 1/28/18, but the Democratic Minority Leader in the House Intel Committee Rep. Adam Schiff said the Republicans on the panel were “not willing to meet with the director of the FBI to hear the bureau’s concerns or department’s concerns.” In short, reading a memo is not the same as having a document properly vetted to insure that sources and methods of collection will not be not inadvertently compromised.

This Committee was created so that a few of our congressional representatives could have access to classified material in order to carry out their oversight duties. There has always been the understanding that this classified material would not be shared with the public and certainly not without having gone through a vetting process to de-classify it first. This Nunes memo handling is a first.

There is no good reason why this memo couldn’t have been made public after it had been properly vetted by the Department of Justice, or the Inspector General or an independent panel with clearance to conduct a review. I am personally convinced that if the shoes were reversed and if it was the Clinton memo being read by the FBI Director Chris Wray alone, that the memo would NOT be categorized as having been adequately vetted. 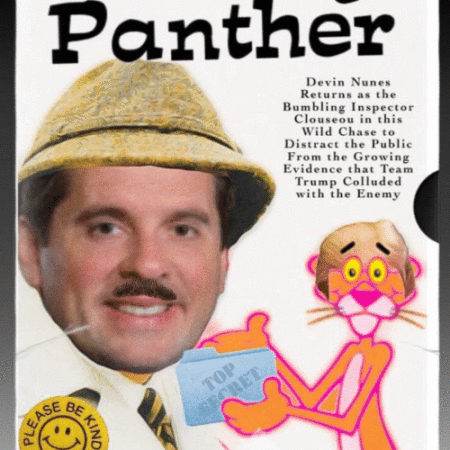 The Democrats as the minority party do have a memo to counter the Nunes memo but their request to make it public AFTER IT HAD  BEEN PROPERLY VETTED was voted down by the republicans on the committee. The democrats are constrained to where they cannot openly respond to the Nunes memo made public because for them to explain why facts in the memo are flat out wrong, means that they would have to reveal classified material.

In addition, to explain what happened is complicated.  The memo refers to the re-issuance of a FISA warrant on Carter Page. For the original FISA warrant, he had been picked up during an intelligence surveillance operation where he was being talked about by 3 different known Russian spies. This was before there ever existed a Steele dossier. The memo about the renewal allegedly points out that the reference to the Steele dossier was not properly detailed in the documentation to request the extension of the FISA warrant which belies the fact, that there had to be other underlying reasons which were used. The FISA warrant involves at least 18 other players before it is issued.

For review, while the minority democrats on the House Intel Committee can point out what is wrong on the memo, they can’t offer a reason without risking divulging classified information.

Another point that bothers me is that the Republican chairman of the House intelligence committee Devin Nunes refused to answer his Democratic colleague Rep. Mike Quigley, when questioned if he had coordinated his 4 page anti-FBI memo with the White House.

Dear Readers, I did call all of the republican members listed below. The staffers took my input politely except for Rep. Conaway’s office. I have a feeling that they are fielding a lot of calls about this memo.