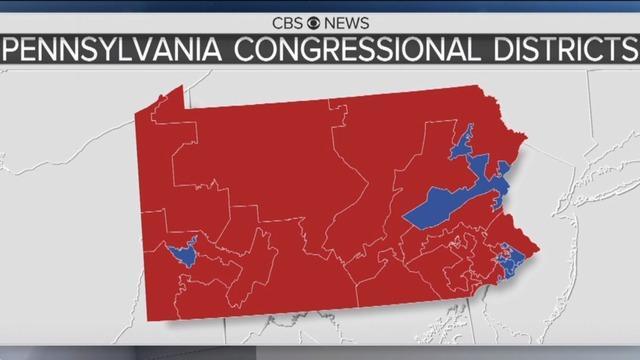 Republicans in the State of Pennsylvania pushed the envelop in dividing the state into voting sections which were so skewed that democrats would lose state and US congressional seats even when they had the majority of votes. This is called gerrymandering. The Pennsylvania Supreme Court intervened to declare that the map as drawn by republicans was unconstitutional. The republicans did not give up on this battle easily and they took their case to the US Supreme Court which is refusing to even hear the case.

This is just one more time that the US courts have stepped into the fray to stop republicans  from winning elections by cheating the American voters.

” The United States Supreme Court on Monday refused to stop Pennsylvania’s highest court from requiring lawmakers there to redraw the state’s congressional map, which the state court had found to be marred by partisan gerrymandering.”

“The Supreme Court’s order was expected, as the Pennsylvania court had based its decision solely on the state constitution. On matters of state law, the judgments of state supreme courts are typically final.”

“The order, which gave no reasons, came from Justice Samuel A. Alito Jr., who acted without referring the case to the full court.”

“The Supreme Court has been busy lately addressing cases on partisan gerrymandering, in which the party in power draws voting districts to give its candidates lopsided advantages. It is considering two such cases, from Wisconsin and Maryland, and has intervened in a third one, from North Carolina. But all of those cases were decided by federal courts.”

“The latest decision, from the Pennsylvania Supreme Court, struck down the state’s congressional map, saying it “clearly, plainly and palpably” violated the state’s Constitution. The court told state lawmakers to redraw the state’s 18 House districts, which currently favor Republicans, and it left open the possibility that it would impose its own map.” 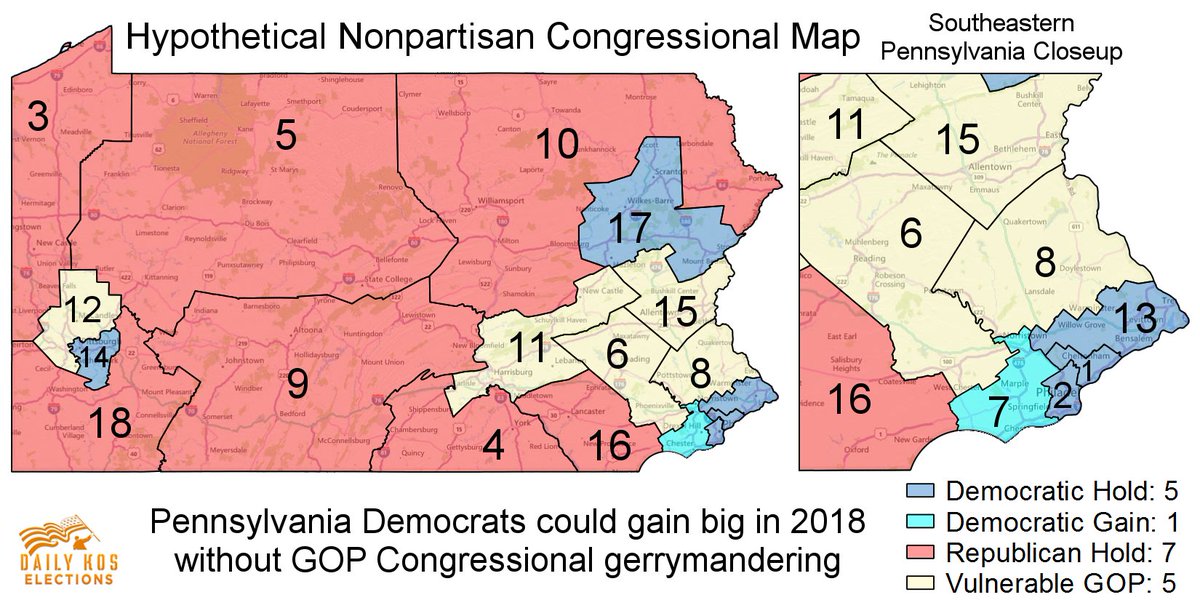 “Under the current map, Republicans control 13 of those 18 seats. Election law experts say that a nonpartisan map could move as many as three of those seats to Democrats and increase that party’s chances of regaining control of the House in the midterm elections this fall.”

“The State Supreme Court’s 5-2 decision divided along partisan lines, with the Democratic justices in the majority and the Republicans in dissent. The majority has promised to issue an opinion providing its detailed reasoning but has yet to do so.”

“Republican lawmakers filed an emergency application last month asking the United States Supreme Court to step in, saying the case was partly governed by federal law. They pointed to Article I, Section 4 of the United States Constitution, which says that the times, places and manners of congressional elections “shall be prescribed in each state by the legislature thereof.”

“The lawmakers said the State Supreme Court had thus usurped the legislature’s role in violation of federal law. They relied on a closely divided 2015 decision from the United States Supreme Court allowing an independent redistricting commission in Arizona rather than its Legislature to draw congressional districts.”

“The commission had been authorized by a referendum, and the justices in the majority said that the Constitution’s reference to “legislature” encompassed the people’s legislative power when acting through ballot initiatives. The dissenters said the term legislature should have been read more narrowly.”

“The lawmakers in the Pennsylvania case argued that the term was in any event not elastic enough to encompass a court.”

“In response, lawyers for Gov. Tom Wolf, a Democrat, pointed to another part of the Arizona decision’s discussion of Article I, Section 4. “Nothing in that clause instructs, nor has this court ever held, that a state legislature may prescribe regulations on the time, place and manner of holding federal elections in defiance of provisions of the state’s Constitution,” Justice Ruth Bader Ginsburg wrote for the majority.” “(The US Supreme Court) rarely intervenes in election cases from state courts. A notable exception was Bush v. Gore, the 2000 decision that handed the presidency to George W. Bush.”

“Granting review of this case,” lawyers for Mr. Wolf wrote, “would represent an unprecedented encroachment on the rights of state courts to delineate the boundaries of state law.”

“Lawyers for the League of Women Voters of Pennsylvania, which challenged the state’s congressional map along with several voters, were even more direct. “There is no partisan gerrymandering exception to federalism,” they wrote.”