aside Dear Republicans, Is A Holocaust Denier Who You Want To Be Face Of The Republican Party?

In the third district for the State of Illinois, the best and the only republican candidate to be running for its congressional seat which includes a section of Chicago and suburbs in the upcoming November 2018 elections is a local well-known Holocaust denier, anti-semite and White Supremacist, Arthur Jones. Of course in a heavily democratic district, a democrat will win. It is obvious that the Republican Party elders don’t want to spend monies to have a more reasonable candidate run for this seat that they know would be lost to a democrat. All I can say, that if the shoes were reversed, the Democratic Party would not allow for this situation.

Here/s the rest of the story…

“Arthur Jones — an outspoken Holocaust denier, activist anti-Semite and white supremacist — is poised to become the Republican nominee for an Illinois congressional seat representing parts of Chicago and nearby suburbs.” 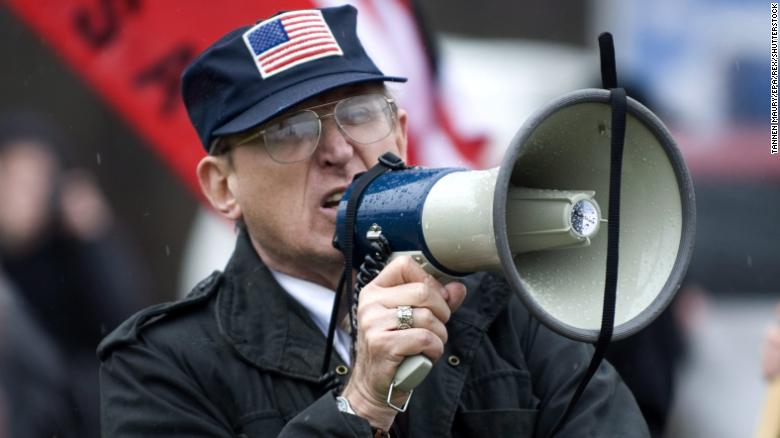 “Well first of all, I’m running for Congress not the chancellor of Germany. All right. To me the Holocaust is what I said it is: It’s an international extortion racket,” Jones told the Chicago Sun-Times.”

” Indeed, Jones’ website for his latest congressional run includes a section titled “The ‘Holocaust Racket’” where he calls the genocide carried out by the German Nazi regime and collaborators in other nations “the biggest blackest lie in history.”

“Jones, 70, a retired insurance agent who lives in suburban Lyons, has unsuccessfully run for elected offices in the Chicago area and Milwaukee since the 1970s.”

“Since the 1990s to 2016, Jones has jumped in the GOP 3rd Congressional District primary seven times, never even close to becoming a viable contender.”

“The outcome will be different for Jones in the Illinois primary on March 20, 2018.

“To Jones’ own amazement, he is the only one on the Republican ballot.”

“And given the fact that I’ve got no opposition in the primary, OK, I win that one (the primary) by default all right,” Jones said during an interview in a coffee shop in Lyons.

“That leaves Illinois Republicans saddled with a nominee who is well known for his racist and white supremacist activities.”

“Jones told the Sun-Times he is a former leader of the American Nazi Party and now heads a group called the America First Committee. “Membership in this organization is open to any white American citizen of European, non-Jewish descent,” he said.” 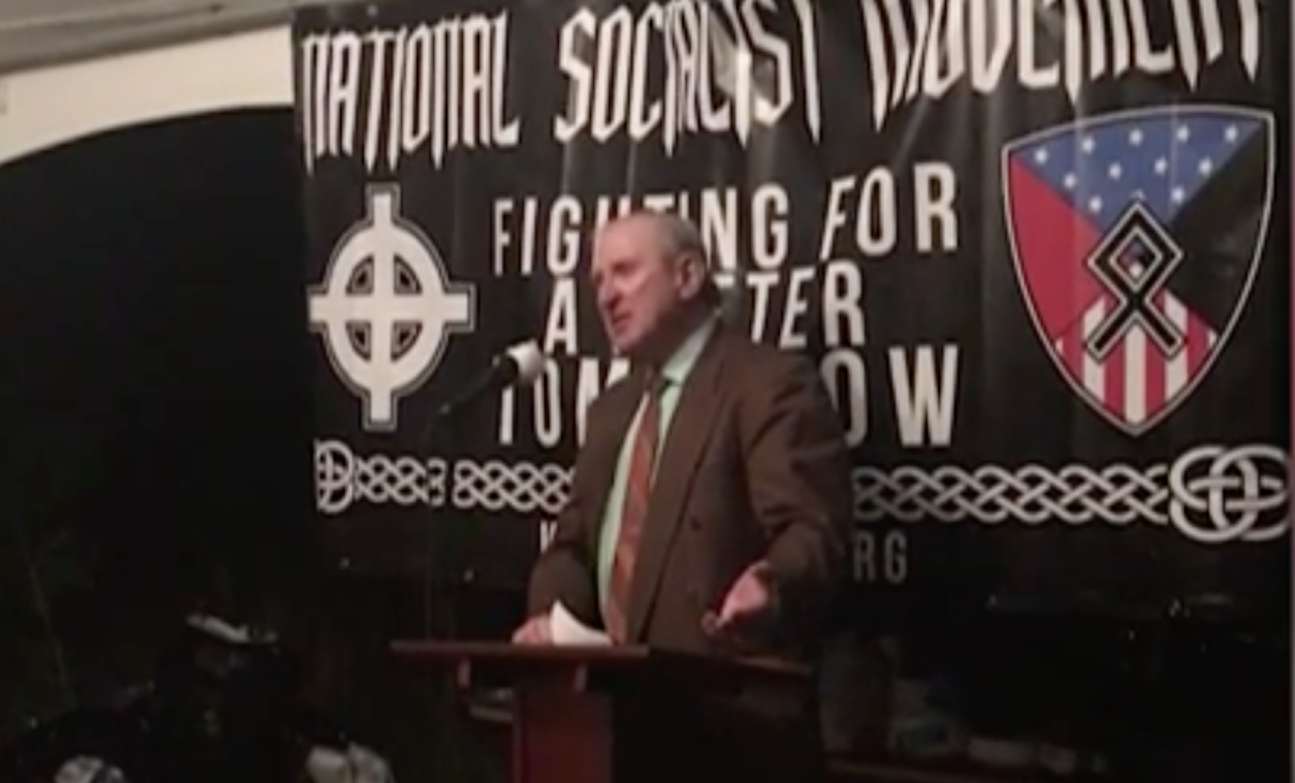 “The Anti-Defamation League has been keeping tabs on him for years.”

“Arthur Jones, who proudly displays Holocaust denial, xenophobia and racism on his blog and website, has a long history of hateful, extremist and anti-Semitic views,” said Lonnie Nasatir, the regional director of the Anti-Defamation League Chicago-Upper Midwest Region.

“For example, in 2009, he protested the opening of the Illinois Holocaust Museum and Education Center, and continues to espouse absurd conspiracy theories questioning the deaths of millions of Jews.

“He has spoken publicly at numerous neo-Nazi rallies and events, expressing xenophobic policies based in racial and religious hatred. He is, by every definition, an anti-Semite and unrepentant bigot.” “Jones will almost certainly be defeated in November. That’s because the 3rd Congressional District is one of the most heavily Democratic in the state.In November, Jones will face either Rep. Dan Lipinski, D-Ill., a Western Springs resident, or Lipinski’s Democratic primary challenger, Marie Newman from La Grange.”

“The district sweeps in the old Chicago Democratic machine wards of 11, 13, 14, 19 and 23 and meanders through a corridor to wide swathes of southwest suburban turf. The district was drawn to protect Lipinski, whose father, William — a former congressman — is close to House Speaker Mike Madigan, D-Chicago, who is also the chairman of the Democratic Party of Illinois.”

“How did this happen?”

•” Republicans didn’t bother to muster a credible candidate because the district is so Democratic. There is always a debate if parties should recruit candidates to run races they are highly likely to lose.”

•” Jones could not be knocked off the ballot.”

“In 2016, Jones was removed from the 3rd District GOP ballot in legal actions engineered by the Illinois Republican Party.”

“Records show that John Fogarty Jr., the general counsel for the Illinois GOP, handled the objections to Jones 2016 nominating petitions filed with the Illinois State Board of Elections.”

“Once Jones was removed from the ballot because his petitions were faulty, Lipinski ran unopposed in the 2016 contest.”

“By 2018, Jones took his petitions door to door himself and took greater care to have valid signatures.”

“An official with the Illinois Republican Party said Fogarty was directed to determine if Jones could be thrown off the 2018 ballot.”

“Fogarty examined Jones’ petitions Dec. 5 and Dec. 8. This time around, Jones’ signatures appeared valid, so the Illinois GOP did not pursue legal action. Neither did anyone else.”

“Jerry Hurckes, the treasurer for the Lipinski campaign, looked at the petitions on Dec. 4, the records show.”

“In 1998, according to an article in the Chicago Tribune, when Jones was running in the 3rd Congressional District primary, “the Cook County Central Committee passed a resolution . . . formally denouncing his candidacy” concerned that if he was nominated, it would be a “national embarrassment” for Cook County Republicans.”

“Last spring in Pikeville, Kentucky, Jones spoke to a National Socialist Movement gathering. The Southern Poverty Law Center, which tracks hate groups, said it is one of the “most prominent neo-Nazi groups in the United States.”

“In a few weeks, Jones almost certainly will be a GOP nominee. But he doesn’t plan on seeking support from Illinois’ Republican governor — or the Republican president of the United States.”

“Jones said in his Pikeville address, according to a video on YouTube, he was sorry he voted for President Donald Trump, who has “surrounded himself with hordes of Jews” including his Jewish son-in-law Jared Kushner.”