I found the following information by accident on Wikipedia. I was looking up anything referencing an authoritarian leader’s penchant towards frequent lying when I came across the following reference to Hitler’s psychological profile. It was an interesting read as it reminded me of the US President Trump of today. Below, I footnoted work by Walter C. Langer,  “A Psychological Analysis of Adolph Hitler: His Life and Legend.”

Of course President Donald J. Trump is not at all like Hitler in multiple ways but this psychological profile indicates some similarities in leadership styles.

The phrase was also used in a report prepared during the war by the United States Office of Strategic Services in describing Hitler’s psychological profile:

His primary rules were: never allow the public to cool off; never admit a fault or wrong; never concede that there may be some good in your enemy; never leave room for alternatives; never accept blame; concentrate on one enemy at a time and blame him for everything that goes wrong; people will believe a big lie sooner than a little one; and if you repeat it frequently enough people will sooner or later believe it. 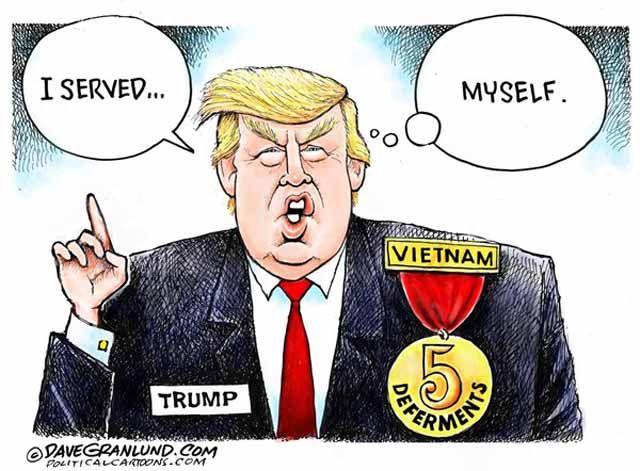 The above quote appears in the Nizkor Project’s site though the source document is not cited. The quote does not appear in the report, A Psychological Analysis of Adolph Hitler: His Life and Legend, by Walter C. Langer with collaboration by Henry Murray, Ernst Kris and Bertram Lewin, which is available from the US National Archives, though it does appear, unreferenced, on page 57 in Langer’s ebook by the same title (without mention of the collaborators on his previous work). A somewhat similar quote — “never to admit a fault or wrong; never to accept blame; concentrate on one enemy at a time; blame that enemy for everything that goes wrong; take advantage of every opportunity to raise a political whirlwind” — appears on page 219 in a different report also available from the US National Archive, namely, Analysis of the Personality of Adolph Hitler: With Predictions of His Future Behaviour and Suggestions for Dealing with Him Now and After Germany’s Surrender, by Henry A. Murray, October 1943 though Murray’s work is neither referenced in Langer’s ebook nor in the Hitler’s Source-Book compiled by Langer and upon which his ebook heavily depends.