aside ICE Given G0-Ahead To Arrest, Detain And Deport Non-Criminals / Pillars Of Communities

The below details tell a tale of how the US Department of Homeland Security (DHS) has been directing its ICE agents to detain for deportation good men and women who are pillars of their community as well as criminals in order to meet a numbers goal as set by the current Secretary Kirstjen Nielsen,  the hand picked replacement by her former boss and hard line anti-immigration proponent, the president’s current Chief of Staff John F. Kelly.

Matthew Albence, the top official in the DHS agency’s immigration enforcement division,  describes the administration’s goal as simply restoring the rule of law. That’s what Nazis said at Nuremberg Trials in 1945-1946.

What has been happening is nothing short of evil. If this is the way Republicans want to win in the upcoming 2018 November mid-term elections, then they are in for a rude awakening. The vast majority of Americans will not condone cruelty and they know it, when they see it.

On February 11, 2018, Nick Miroff and Maria Sacchetti of the Washington Post penned the following report, “Trump takes ‘shackles’ off ICE, which is slapping them on immigrants who thought they were safe”

“A week after he won the election, President Trump promised that his administration would round up millions of immigrant gang members and drug dealers. And after he took office, arrests by Immigration and Customs Enforcement officers surged 40 percent.”

“Officials at the agency commonly known as ICE praise Trump for putting teeth back into immigration enforcement, and they say their agency continues to prioritize national security threats and violent criminals, much as the Obama administration did.”

“But as ICE officers get wider latitude to determine whom they detain, the biggest jump in arrests has been of immigrants with no criminal convictions. The agency made 37,734 “noncriminal” arrests in the government’s 2017 fiscal year, more than twice the number in the previous year. The category includes suspects facing possible charges as well as those without criminal records.”

“Critics say ICE is increasingly grabbing at the lowest-hanging fruit of deportation-eligible immigrants to meet the president’s unrealistic goals, replacing a targeted system with a scattershot approach aimed at boosting the agency’s enforcement statistics.”

“ICE has not carried out mass roundups or major workplace raids under Trump, but nearly every week brings a contentious new arrest.”

“A Virginia mother was sent back to El Salvador in June after her 11 years in the United States unraveled because of a traffic stop. A Connecticut man with an American-born wife and children and no criminal record was deported to Guatemala last week. And an immigration activist in New York, Ravi Ragbir, was detained in January in a case that brought ICE a scathing rebuke from a federal judge.

“It ought not to be — and it has never before been — that those who have lived without incident in this country for years are subjected to treatment we associate with regimes we revile as unjust,” said U.S. District Judge Katherine B. Forrest, reading her opinion in court before ordering ICE to release Ragbir.

“We are not that country,” she said.

“Immigrants whose only crime was living in the country illegally were largely left alone during the latter years of the Obama administration. But that policy has been scrapped.”

“Those facing deportation who show up for periodic “check-ins” with ICE to appeal for more time in the United States can no longer be confident that good behavior will spare them from detention. Once-routine appointments now can end with the immigrants in handcuffs.”

“More broadly, the Trump administration has given street-level ICE officers and field directors greater latitude to determine whom they arrest and under what conditions, breaking with the more selective enforcement approach of President Barack Obama’s second term.”

“Trump officials have likened this to taking “the shackles off,” and they say morale at ICE is up because its officers have regained the authority to detain anyone they suspect of being in the country illegally.”

“Officers are detaining suspects in courthouses more often, and ICE teams no longer shy from taking additional people into custody when they knock on doors to arrest a targeted person. “ 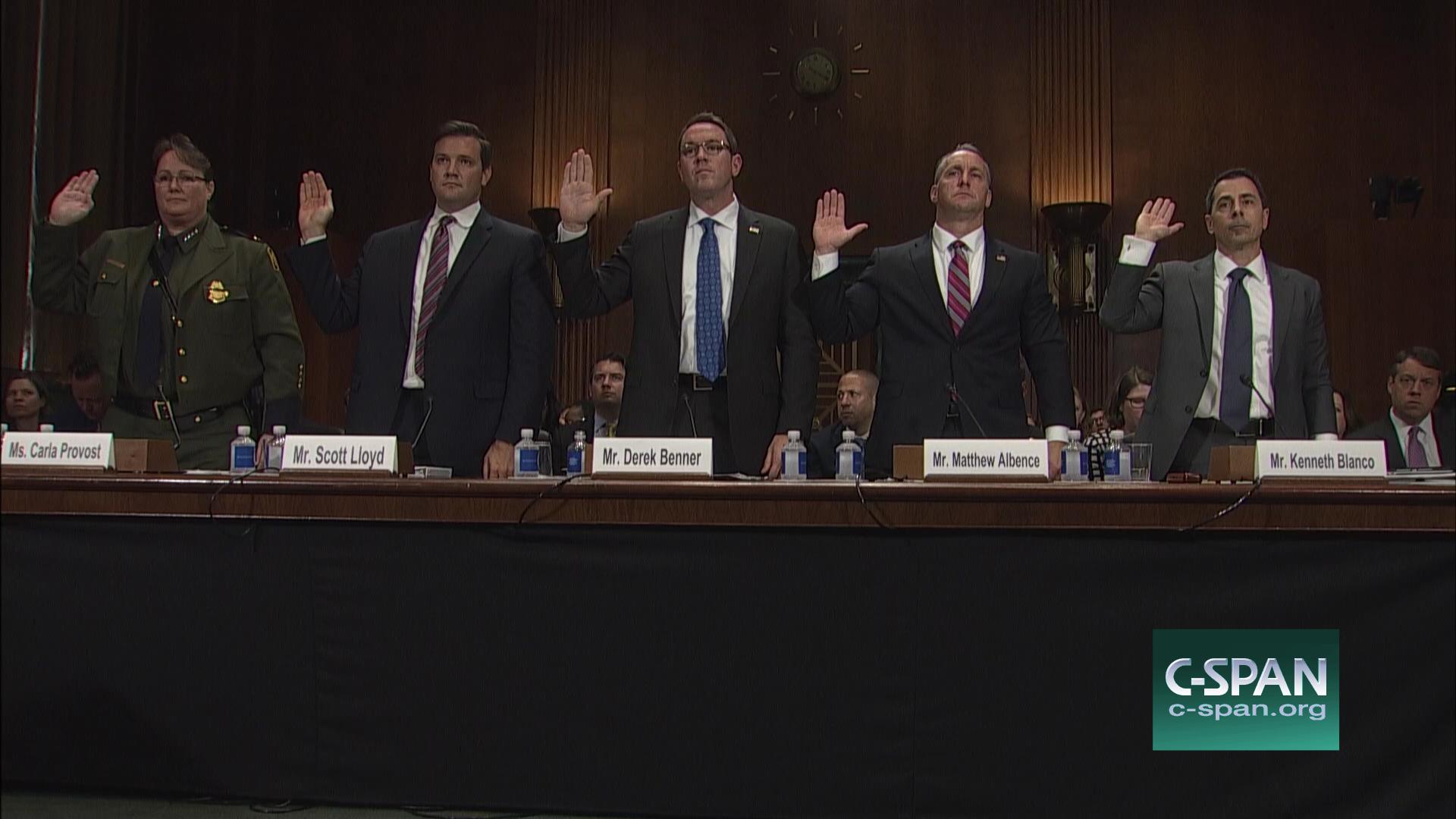 “What are we supposed to do?” said Matthew Albence, the top official in the agency’s immigration enforcement division, who described the administration’s goal as simply restoring the rule of law. If ICE fails to uphold its duties to enforce immigration laws, he added, “then the system has no integrity.”

“In addition to arresting twice as many immigrants who have not been convicted of crimes, ICE also arrested 105,736 immigrants with criminal convictions, a slight increase. That figure includes people with serious or violent offenses as well as those with lesser convictions, such as driving without a license or entering the country illegally.”

Here is link to the entire New York Times report: Trump takes ‘shackles’ off ICE, which is slapping them on immigrants