aside What Peoples Don’t Get About Immigration, Is That There’s No Line To Get In Back Of To Become Legal

Picture this situation. A man entered a US University on a student visa. He fell in love with an American citizen to where he overstays his visa. The couple gets married but it’s short lived. There was a beloved child resulting from this marriage to where he doesn’t want to leave the country. He doesn’t fit a particular niche where a work visa would be possible as in the STEM industries. He is the head chef of a trendy restaurant where he is gainfully employed to where he pays his taxes and contributes to taking care of a little one.

Under these set of circumstances, most peoples think that there has to be a way for him to become a US citizen or at least to be in the USA, legally.  The answer is yes and no. If this individual decided to go to the local immigration office to seek guidance, he could very well be told to go back to his country where he can apply to come to the US in 10 years. For this undocumented immigrant, these instructions are useless. So the reality is, that there is no redress.

There are so many cracks in the immigration system, that for many the line that they can get in the back of, doesn’t even exist.

What the White House and the republicans in the US Congress won’t tell you is that there are many more peoples who reflect the above type-scenarios than those crossing the border from Mexico into the USA. But they are all at the mercy of  a convoluted patchwork of US immigration rules.

The republican President Donald Trump’s followers show no empathy for this situation as they are the first ones to comment, the guy had years to make himself legal, why, in the words of General John Kelly, was this family man or any individual too lazy to go through the process to become legal.

The problem is that for too many, there is no viable process. This is why there is a need for immigration reform. The system is broken.

On February 24, 2017, Julissa Arce for CNBC penned the following report,  “Here’s the myth about being an undocumented immigrant that drives me crazy”

Two weeks ago, Guadalupe García de Rayos, a mother of two U.S. citizens, was deported to Mexico after spending more than 20 years in the United States. Guadalupe crossed the border illegally with her parents at the age of 14 and in 2009 she was arrested while working to support her family with a fake Social Security number. Her deportation has sparked protests, outrage and questions across the country. Among the Trump faithful there was criticism for the mother of two; she had over 20 years to make herself legal, why didn’t she fix her immigration status?

“This is a question I encounter often as I travel across the country giving lectures at colleges and universities: “Why don’t “illegals” get in the back of the line, and do it the right way?” The short answer is that “the line” is a mythical place, a phrase used to deflect the need for immigration reform. The fact is, for most undocumented immigrants there is no application they can fill out, process they can go through, not even a fine they can pay to start the process of becoming U.S. citizens. As a former undocumented immigrant, I know firsthand that being undocumented is not a state one chooses.” 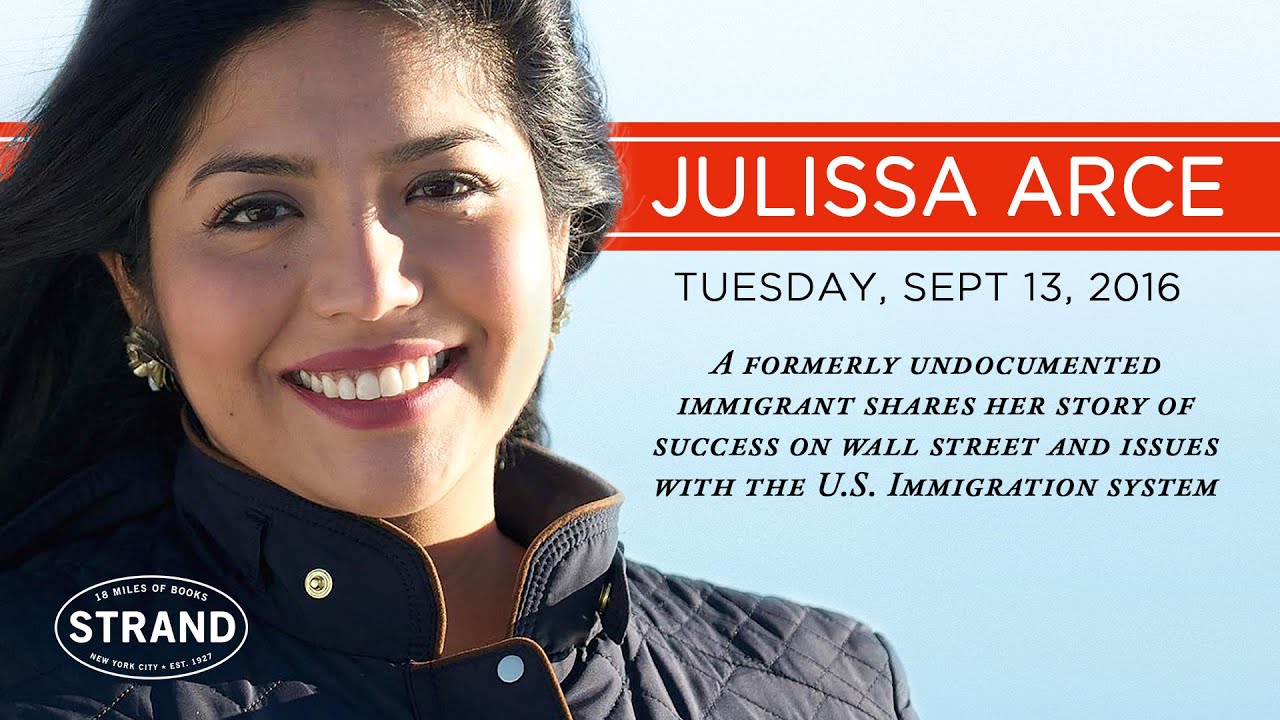 “The first challenge to immigrating to the U.S. legally is that there are only a few categories to obtain a worker visa to legally work in the U.S., including for fashion models of “distinguished merit and ability”. There are a limited number of temporary visas for agricultural workers from certain countries. There are work visas for highly specialized positions, however no visas exist for many of the traditional industries where undocumented immigrants work, such as the construction and restaurant industries. When a mother or father wants to migrate to America to give their family a better life, a legal process, a line doesn’t exist for the types of jobs they seek. As George Bush in a 1980 Republican presidential debate said, “We’ve made illegal some kind of labor that I would like to be legal.”

“The second challenge undocumented immigrants face in becoming permanent residents, and eventually U.S. Citizens is that there are only a handful of ways to obtain permanent residency; through family, a job (which as explained above is not feasible for many immigrants), as asylum seekers, and a few other special circumstances. Unless an undocumented immigrant has a relative, such as a mother, father, or spouse that is a permanent resident or U.S. Citizen, there are few other processes to fix their immigration status. I became undocumented after my tourist visa expired at the age of 14. None of my professional or academic achievements qualified me to become a permanent resident. I graduated with honors from the University of Texas at Austin, and became a vice-president at Goldman Sachs. But it wasn’t until I married a U.S citizen, over a decade after my visa expired, that I become eligible to adjust my status.”

“This is a question I encounter often as I travel across the country giving lectures at colleges and universities: ‘Why don’t ‘illegals’ get in the back of the line, and do it the right way?’ The short answer is that ‘the line’ is a mythical place, a phrase used to deflect the need for immigration reform.” 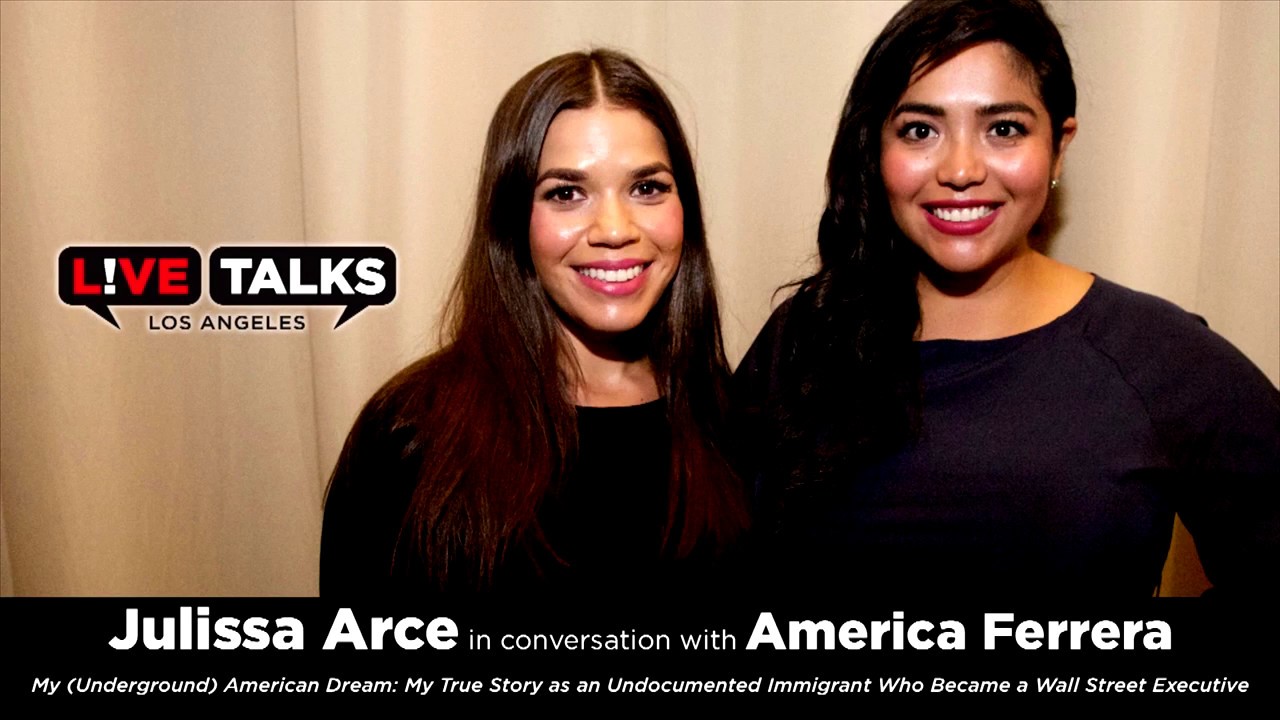 “The third challenge undocumented immigrants face in obtaining legal status is the 3-year and 10-year bans. In 1996, under President Bill Clinton, Congress passed the Illegal Immigration Reform and Immigrant Responsibility Act, among other provisions the law established a 3-year and 10-year ban for immigrants who entered the country illegally, or for those who overstayed their visas. The ten-year ban applies to immigrants who remain in the U.S. longer than one year after their illegal entry. It must be noted that the ban is triggered by the act of departing the U.S. Undocumented immigrants who become eligible to receive a green card (through marriage, special employment, investment, or asylum) must face the very real possibility of being banned from the U.S. for ten years. In most cases, if an immigrant enters the U.S. illegally, they cannot apply for permanent residency through adjustment of status, which allows them to remain in the U.S. while their application is reviewed. Instead they must leave the U.S., thus triggering the 3-year and 10-year ban. It’s a catch 22, if they apply to fix their status they could be facing exiled from the country they call home, if they don’t they must face possible deportation.”

“When I applied to become a permanent resident in 2009, my lawyer filed an adjustment of status; I entered the U.S. with a tourist visa in 1994 before the bans were established. I was able to remain in the U.S. while my application was processed and five years later on August 8, 2014, I became a U.S. citizen. I didn’t remain undocumented because I wanted to, there was no process or line before I was married. I was one of the few undocumented immigrants for whom the exceptions and loopholes worked. For Guadalupe, and for millions more, “the line” continues to be a mythical place, a phrase used to justify our treatment of them.”

“If we want undocumented immigrants to come out of the shadows, go through background checks, and seek legal employment, we should focus on actually creating “the line.”