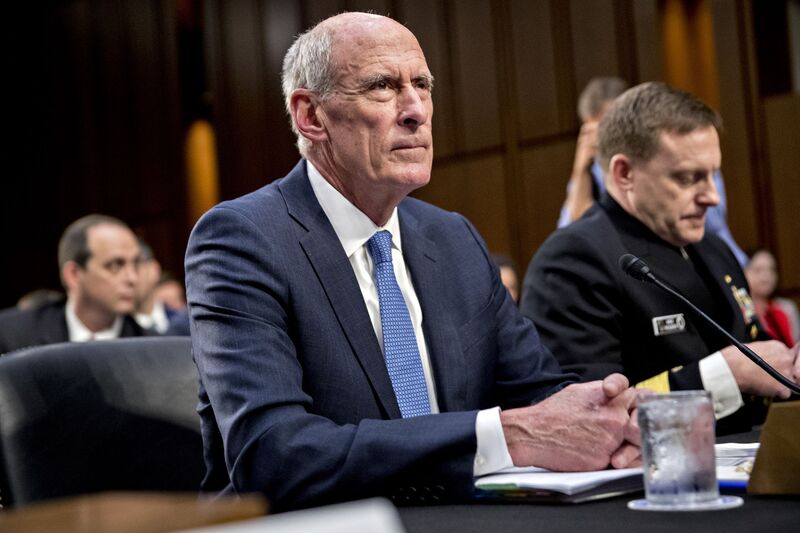 Us intelligence department heads have taken it upon themselves to host a forum where they will educate election officials from all 50 states about possible future election threats from foreign adversaries like Russia, in the 2018 November midterm elections.

They are not waiting for direction from the republican President Donald Trump who is still in denial that the Russian government did indeed interfere with the 2016 presidential elections, despite overwhelming evidence proving Russia’s meddling.

On February 15, 2018, Josh Delk of the Hill penned the following report, “Intel agencies to brief officials from all 50 states on election threats”

“Top U.S. intelligence agencies will host a briefing for election officials from all 50 states starting Friday on possible election threats from foreign adversaries, amid warnings from officials this week that Russia aims to interfere in the 2018 midterm elections.”

“The classified briefing on Friday and Sunday, hosted by the Office of the Director of National Intelligence (ODNI), Department of Homeland Security and the FBI, aims to educate the officials on possible threats to election infrastructure.”

“The briefings will focus on increasing awareness of foreign adversary intent and capabilities against the states’ election infrastructure, as well as a discussion of threat mitigation efforts,” the ODNI said in a statement.” “National Intelligence Director Dan Coats, along with FBI Director Christopher Wray and CIA Director Mike Pompeo testified before Congress this week that the agencies are expecting election interference from Russia similar to its efforts to influence the 2016 presidential election.”

“Persistent and disruptive cyber operations will continue against the United States and our European allies, using elections as opportunities to undermine democracy, sow discord and undermine our values,” Coats told the Senate Intelligence Committee. ”

“The U.S. intelligence community affirmed in an unclassified report last year that the Russian government attempted to sway the 2016 election in President Trump‘s favor, an operation that included targeting election systems in 21 states.”

“ODNI said the briefing with the election officials, along with representatives of the association representing secretaries of state, is “part of an ongoing effort to ensure the integrity and security of the nation’s election infrastructure, particularly as the risk environment evolves.”