Finally, on February 24, 2018 the democrats led by the US House Intelligence Committee’s democratic leader, Rep. Adam Schiff was able to release his rebuttal memo,only 3 weeks after the republican chair Rep. Devin Nunes released his memo despite the FBI indicating that it was full of omissions and formally requested that this action not be taken.

In his memo, Rep. Schiff refers to quotes regarding a lengthy passage from the actual application the FBI sent to the FISA court requesting permission to conduct surveillance on Carter Page, a former adviser hired by the Trump campaign. In the key line, the application explicitly notes that “the FBI details” that the republicans’ bogeyman Christopher Steele had been hired to find “opposition research that could be used to discredit Candidate #1’s [Trump’s] campaign.” 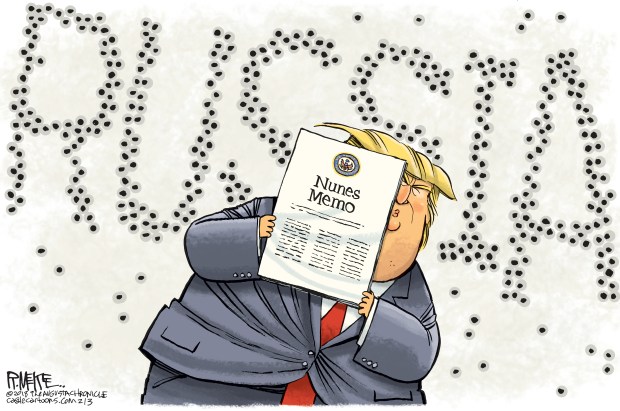 That line alone disputes the Nunes Memo assertions that the FISA court had not been fully informed as to the possible bias regarding the former MI6  Christopher Steele’ and his dossier. The FBI clearly states in the FISA application the fact that Mr. Steele was hired to find dirt on Trump. Thus the core claim in the Nunes memo is totally proven to be false.

But wait for the republicans’ response to Rep. Adam Schiff’s rebuttal. They are now claiming in their document that this crucial information was only found in a footnote. 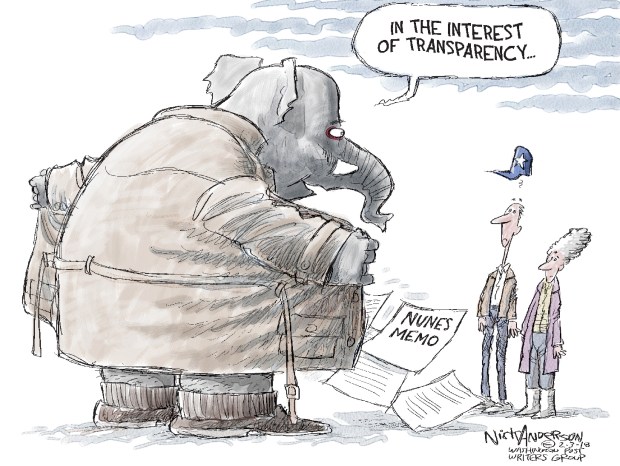 On February 24, 2018, Chris Mergerian and Joseph Tanfani of the LA Times penned the following report, “House panel releases Democratic memo that counters Republican critique of surveillance during the 2016 campaign”

“The House Intelligence Committee on Saturday released a Democratic memo countering a harsh Republican critique of the FBI and Justice Department, escalating the partisan battle over government surveillance of a former Trump campaign advisor that began three weeks before the 2016 election.”

“The top Democrat on the committee, Rep. Adam Schiff of Burbank, has said the 10-page rebuttal was needed to correct the “many distortions and inaccuracies” in a four-page Republican memo released on Feb. 2.” 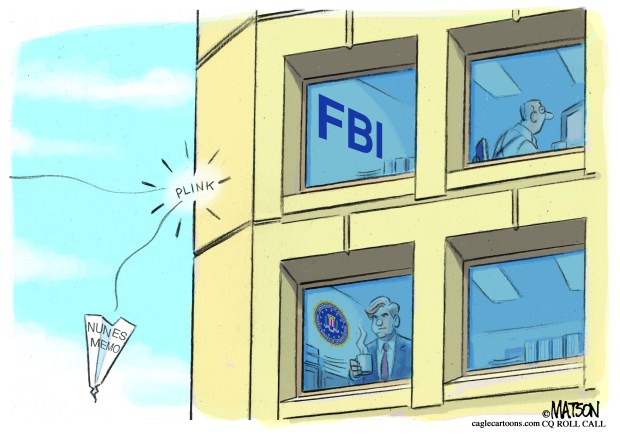 “President Trump quickly agreed to declassify the Republican memo, but he initially blocked the Democratic version by saying its contents were too sensitive. Democrats negotiated with law enforcement officials to redact some details, eventually securing its release weeks after the Republican document had roiled politics and dominated headlines.”

“The Democratic memo says the FBI and Justice Department acted properly when they sought a secret warrant to eavesdrop on Carter Page, an energy consultant whose contacts with Russian authorities had drawn FBI scrutiny for years.” 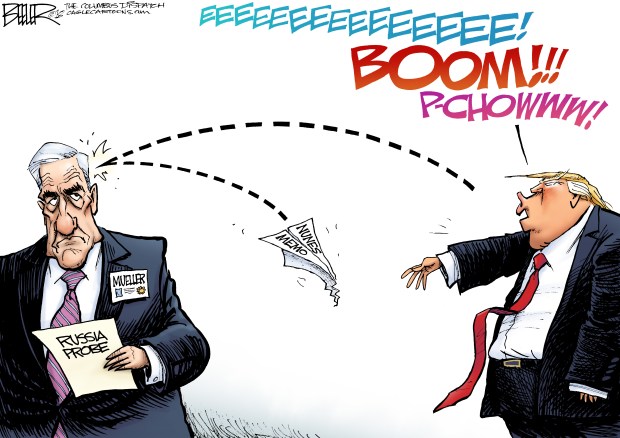 “The dueling conclusions deepen the bitter divide on the Intelligence Committee and within Congress in general over how to view the FBI’s investigation of Page — and, by extension, the broader investigation led by special counsel Robert S. Mueller III into whether Trump or his aides assisted Russian meddling in the campaign or obstructed justice in the White House.”

“After submitting a lengthy classified application to a special court, the FBI and Justice Department were granted a Foreign Intelligence Surveillance Act warrant to conduct surveillance against Page starting on Oct. 21, 2016.”

“The approval signified that the court agreed there was probable cause to believe Page could be a Russian agent. He already had left his job as an unpaid foreign policy advisor for the Trump campaign.” 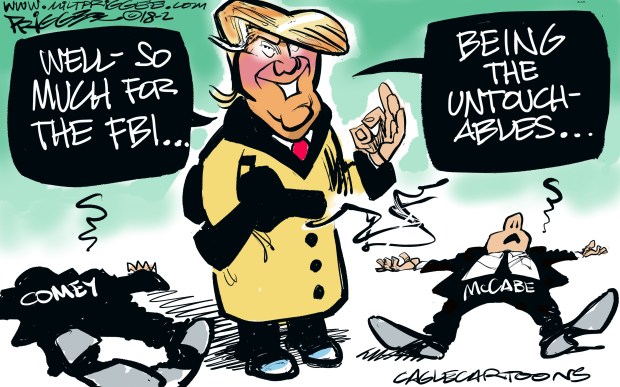 “The initial 90-day warrant was renewed three times by three different judges, each time after new applications were reviewed and signed by top leaders at the FBI and Justice Department.”

“Page was never charged with a crime, and has claimed he was the victim of FBI overreach as part of a politically inspired effort to defeat Trump or undermine his presidency. The FBI, in turn, denies wrongdoing.”

“The Republican memo was championed Rep. Devin Nunes (R-Tulare), chair of the House committee. It said the four FISA court applications were flawed because they relied heavily on intelligence gathered by Christopher Steele, a former British spy then working for an opposition research group under contract to lawyers for Hillary Clinton’s campaign.” 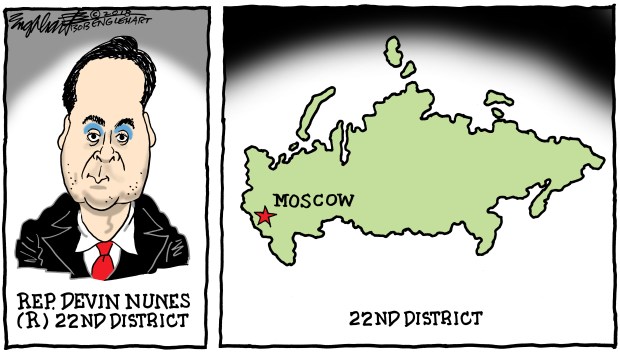 “The GOP memo says FBI and Justice officials held back information about Steele’s Democratic connections, and did not reveal Steele’s personal loathing of Trump.”

“But the Democrats’ memo contests the assertion that the FISA warrant depended largely on Steele’s partly unverified information, which later was leaked. It also says the application did indicate that Steele had political motivations, even though it didn’t explicitly say he was working on behalf of another political party.”

“Steele, who had focused on Russia as a British intelligence operative, was an FBI source long before the campaign. His relationship with the bureau later was terminated after he disclosed some of his material to several U.S. news organizations.” 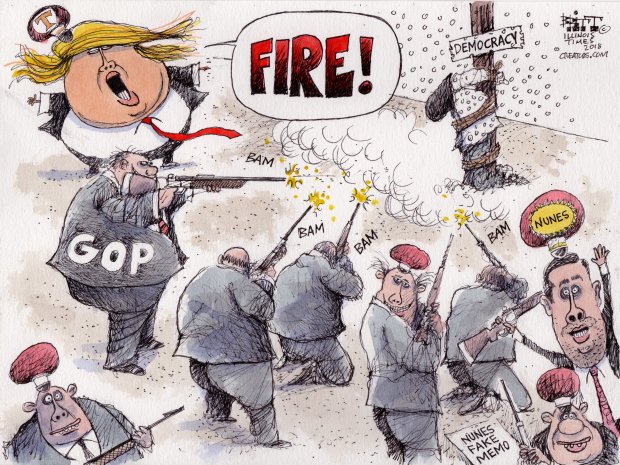 “The memos have become the battleground for an extraordinary confrontation between Trump and the top officials he appointed to lead the FBI and Justice Department. Just before the Republican memo’s release, the FBI released a rare statement saying it had “grave concerns” about its accuracy.”

“Some Republican leaders were careful to say the GOP allegations were not aimed at undermining the Mueller investigation. Trump had no such reluctance, tweeting that the Republican memo “totally vindicates” him and denouncing “little Adam Schiff” as “one of the biggest liars and leakers in Washington.”

Related article: The Democratic rebuttal to the Nunes memo tears it apart – Vox