aside My Favorite Conservative Writer Max Boot Lets It Rip

Max Boot like many other conservatives has reached his boiling point with the whatever it is the republican party has become. It is no longer the party of fiscal responsibility.

It used to be that the Republican Party understood the principle that some taxation is necessary. It was recognized that services like military, taking care of parks, having a treasury department, federal law enforcement and intelligence required monies spent but with accountability and competent stewardship . But for the past few years, the party has fully bought into the “starve-the-beast” rhetoric espoused by Grover Norquist, libertarians like the Koch brothers and other anti-tax zealots. It has put into practice a rigid libertarian philosophy that equates taxation to tyranny, which argues that the government has no right to your money. This explains in part the GOP’s 2017 tax cuts bill which reduced revenues to the treasury while now having to increase spending for example, the military and not adequately budgeting for instance, infrastructure improvements.

Today’s Republican Party pretends to care about deficits, but it clearly doesn’t. It refuses to even consider raising taxes to reduce the deficit, even by closing inefficient loopholes that distort the economy. This explains the recent cuts on taxes and spending by trillions of dollars but does almost nothing to reduce the deficit over the next 10 years but even adds, so far, about $2 trillion dollars to it. 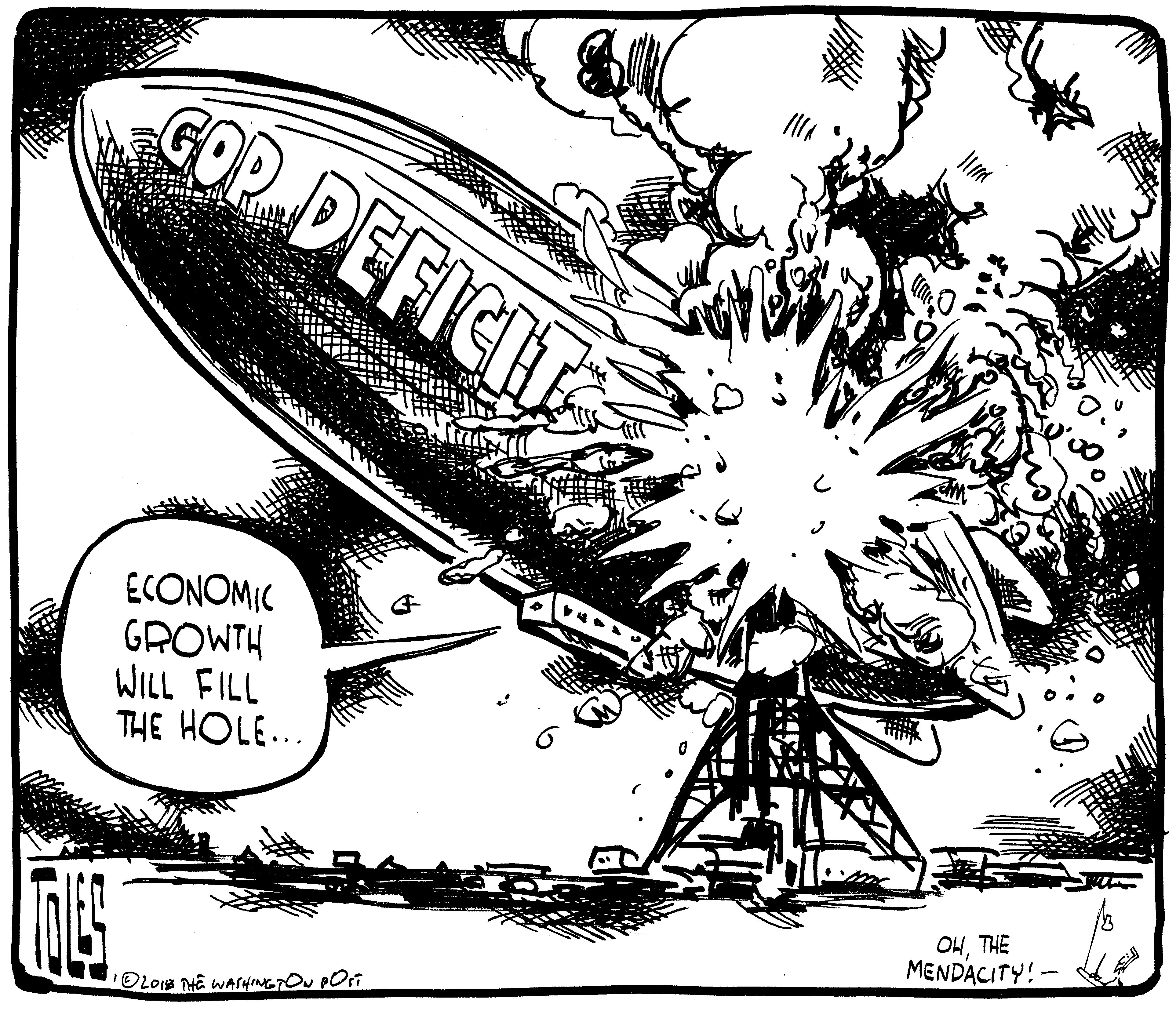 Republicans used to be conservatives in the truest sense of the word to where they favored sensible environmental laws to conserve the water, air and land. You would never guess that the Environmental Protection Agency was created by Republican President Richard Nixon.

It used to be that we as a country recognized that Russia was a country with goals which were adversarial to the interests of the USA and its allies. The US and its allies had formed organizations to contain and prevent Russia from acting on past and now current impulses to extend their boundaries and powers of influence than what had been agreed to after WWII.

With our current republican President Donald Trump and his sycophants in the US Congress, outsiders would think that the USA were apologists for Russia. We are not even treating Russia as an adversary after the US peoples and its governing leaders have been fully informed that Russia did indeed conduct a major offensive action to interfere with our US 2016 presidential elections to sow discord and chaos among our population and to influence the outcome. 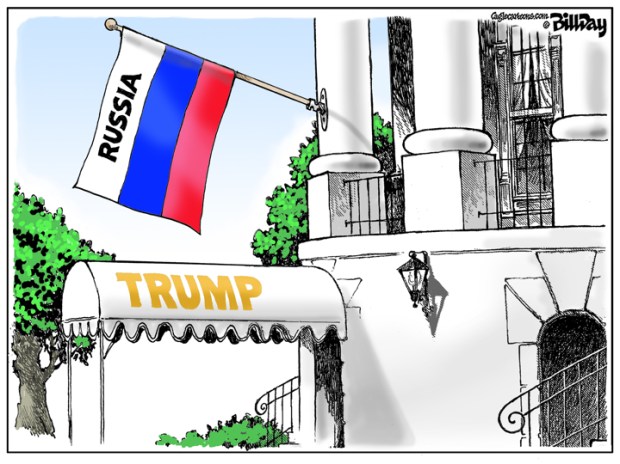 As per the 7/25/17 HuffPost report, “We could start by appropriating the name “Know-Nothings” for the modern Republican Party, since it’s characterized by its denial of reality (the original Know-Nothings, who took their name from their secrecy, were anti-immigrant nativists). This term highlights a peculiarly postmodern twist this radical right has put on the “big lie” propaganda that Hitler famously recommended. “Alternative facts” don’t just offer an unsubstantiated, and often absurd, narrative; they destabilize the idea that truth exists or matters. Political lying is nothing new, and even lying on this scale has precedents (though only in the worst regimes). Today’s right goes a step further to undermine the value of any knowledge, education or evidence, for a receptive audience that cares only whether the script plays to their team’s advantage or serves as a strike against the other team.”

“This Republican Party is a radical right containing elements of theocracy (Education Secretary Betsy DeVos and the evangelical base) and fascism (the extreme alt-right, who remain unrenounced by the president and who (was) represented in the White House by Chief Strategist Steve Bannon).” Now others in the White House like the Chief of Staff General John Kelly, Advisers Stephen Miller and Gene Hamilton fill this role. On February 25, 2018,  Max Boot of Washington Post penned  If this is what conservatism has become, count me out

I’m used to being vilified by the far left as a bloodthirsty neocon warmonger for the Original Sin of having supported the invasion of Iraq along with 72 percent of the American public. It has been a little more surprising to be simultaneously vilified by the far right as a dangerous left-winger. 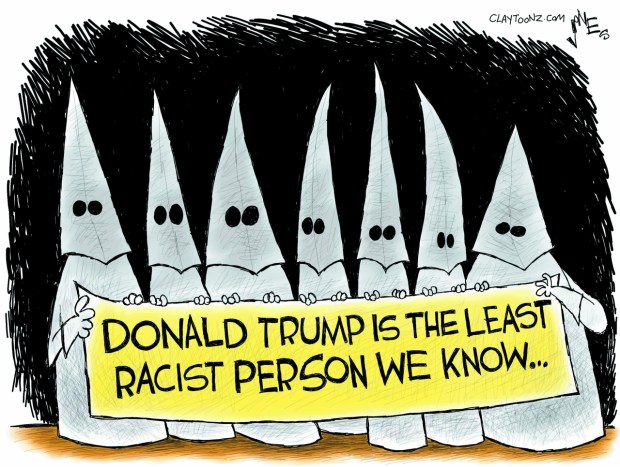 “David Horowitz’s FrontPage magazine accused me of going “full leftist” for  acknowledging that racism and sexism remain pervasive problems. Breitbart called me, with ironic quotation marks, the “Washington Post’s ostensibly new ‘conservative’ columnist,” because, among other sins, I support gun control and immigration. American Greatness  wrote that I am a “soulless, craven opportunist” whose “brain is broken,” because I compared President Trump’s indifference to the 2016 Russian election assault to a president ignoring 9/11. For the same offense, Jack Posobiec — an Internet troll notorious for pushing the theory that Hillary Clinton was running a child-sex ring out of a Washington pizza parlor — said I was “sick” and a “Russian propagandist.” In the Orwellian language of the far right, someone who wants to combat Russian aggression is a “Russian propagandist,” whereas someone who echoes Russian propaganda is putting “America first.”

“In the past I would have been indignant at such attacks and eager to assert my conservative credentials. I spent years writing for conservative publications such as the Wall Street Journal editorial page and Commentary magazine and working as a foreign policy adviser for three Republican presidential campaigns. Being conservative used to be central to my identity. But now, frankly, I don’t give a damn. I prefer to think of myself as a classical liberal, because “conservative” has become practically synonymous with “Trump lackey.” 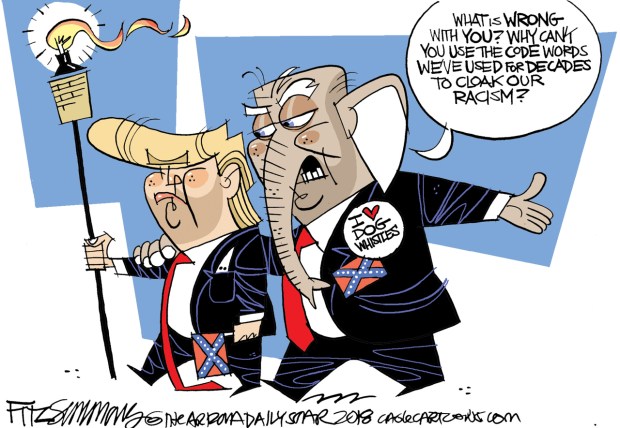 Richard Brookhiser, a longtime stalwart at National Review, summed up the Trump effect: “Now the religious Right adores a thrice-married cad and casual liar. But it is not alone. Historians and psychologists of the martial virtues salute the bone-spurred draft-dodger whose Khe Sanh was not catching the clap. Cultural critics who deplored academic fads and slipshod aesthetics explicate a man who has never read a book, not even the ones he has signed. . . . Straussians, after leaving the cave, find themselves in Mar-a-Lago. Econocons put their money on a serial bankrupt.”

“Principled conservativism continues to exist, primarily at small journals of opinion, but it is increasingly disconnected from the stuff that thrills the masses. I remember as a high school student in the 1980s attending a lecture at UCLA by William F. Buckley Jr. I was dazzled by his erudition, wit and oratorical skill. Today, young conservatives flock to the boorish and racist performance art of Milo Yiannopoulos and Ann Coulter. The Conservative Political Action Conference couldn’t find room for critics of Trump, save for the brave and booed Mona Charen, but it did showcase French fascist scion Marion Maréchal-Le Pen.”

“The career of Dinesh D’Souza is indicative of the downward trajectory of conservatism. He made his name with a well-regarded 1991 book denouncing political correctness and championing liberal education. Then he wrote a widely panned 1995 book claiming that racism was no more, and it was all downhill from there. In 2014 he pleaded guilty to breaking campaign finance laws. Now, as the Daily Beast notes, he has become a conspiratorial crank who has suggested that the white supremacist rally in Charlottesville was staged by liberals, that Barack Obama is a “gay Muslim” and Michelle Obama is a man and that Adolf Hitler, who sent 50,000 homosexuals to prison, “was NOT anti-gay.” He managed to sink even lower last week by mocking stunned Parkland school-shooting survivors after the Florida legislature defeated a bill to ban assault weapons: “Worst news since their parents told them to get summer jobs.”

“It is hard to imagine anything more cruel and heartless, but for a bottom-feeder like D’Souza it’s all in a day’s work. As he wrote in his 2002 book “Letters to a Young Conservative,” “One way to be effective as a conservative is to figure out what annoys and disturbs liberals the most, and then keep doing it.” (Thanks to Windsor Mann for the quote.) That, in a nutshell, is the credo of today’s high-profile conservatives: Say anything to “trigger” the “libtards” and “snowflakes.” 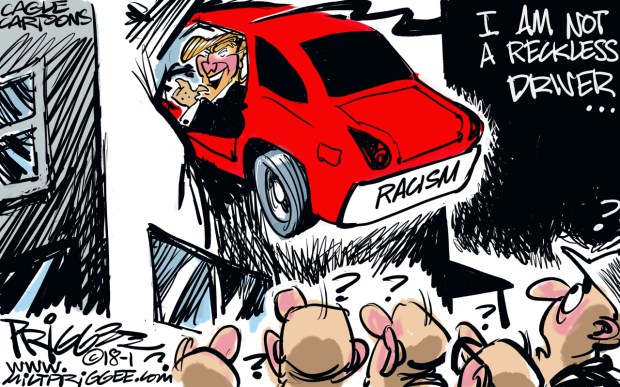 Naturally, just as drug addicts need bigger doses over time, these outrage artists must be ever more transgressive to get the attention they crave. Coulter’s book titles have gone from accusing Bill Clinton of “High Crimes and Misdemeanors” to accusing all liberals of “Treason,” of being “Godless” and even “Demonic.” Her latest assault on the public’s intelligence was called “In Trump We Trust: E Pluribus Awesome!”

If this is what mainstream conservatism has become — and it is — count me out.