It is a rare time in our land where conservative republicans like Max Boot, Mona Charen and progressives like Charles Blow are raising the alarms against that current state of affairs in the president’s republican party for different reasons but with the common element of disgust.

We who are part of the “coalition of the decent,” the “Never Trumpers,”the Resistance, the “Women’s March, Indivisible and others, the democrats along with the majority of independents and a significant number of republicans, have been bemoaning how the republican has morphed into an organization that most of us find repulsive.

Charles Blow’s focus is on republicans’ ties to the NRA (National Rifle Association) and our gun culture, but I go further. I allege that the republican party under President Donald Trump has become steeped in condoning / being a safe haven for those who suffer from the sins of misogyny, racism, Xenophobia, lack of respect for truth, the “rule of law,” law enforcement agencies like the FBI, and doormats for adversarial countries like Russia attacking our US democracy.

On February 25, 2018, Charles Blow of the New York Times penned the following commentary,  “America Is The Gun.”

“The current push for stricter gun control is aiming too low.”

“Sure, passage of new regulations would be a welcome change from our political intransigence and lack of response to our ongoing epidemic of gun violence and mass shootings in this country.”

“But we often talk about The Fix, as if any half-measure that has any chance at all of making it through this group of cowards in Congress would be a magical, one-step remedy. It won’t.” 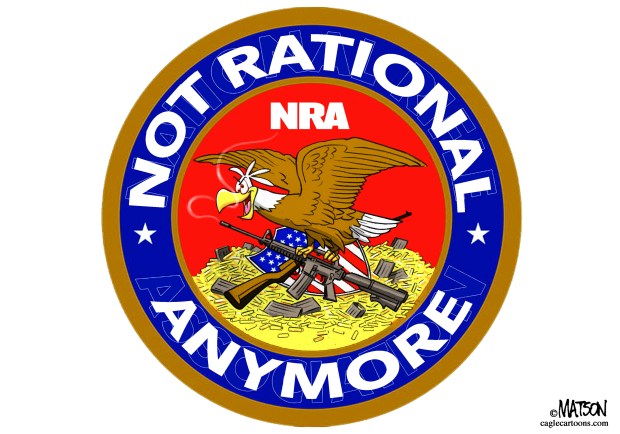 “There are things that we could do right now that could lessen the lethality of the guns currently available and we could ban some guns — neither of which is likely to happen.”

“I’m convinced that we must think big and systemically. We must treat gun violence in this country as a public health crisis, because it is.”

“First, we must repeal the N.R.A.-backed Dickey Amendment, named for the man who sponsored it, former Representative Jay Dickey, an Arkansas Republican. It reads: “None of the funds made available for injury prevention and control at the Centers for Disease Control and Prevention may be used to advocate or promote gun control.” 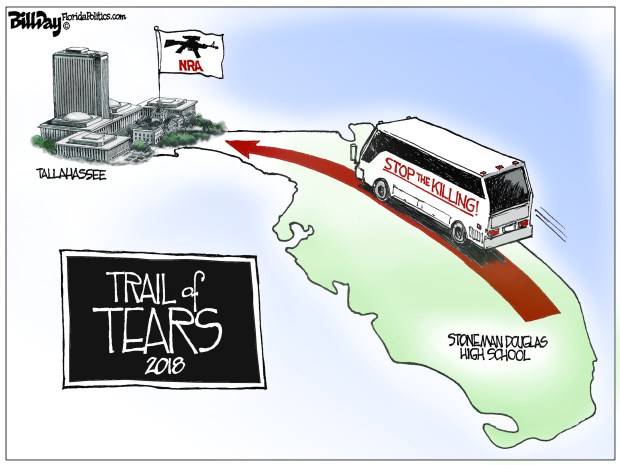 “As Sam Roberts wrote last year in The Times, the legislation “stripped $2.6 million from the Centers for Disease Control and Prevention — the precise amount budgeted for a study of the health effects of shootings.”

“This is a ridiculous, disastrous piece of legislation because it chokes off funding for research on this crisis and ways to stem it. “

“By comparison, The Washington Post sought to provide an estimated cost of Donald Trump’s asinine proposal to arm a fifth of all teachers, and this is what they concluded: “If we assume the cheapest training and the discounted Glock, we’re at $251 million to arm 718,000 teachers. If we instead assume the full-price, more expansive training and the full-price firearm, the tab creeps past $1 billion.” By the way, the Post estimates that this would put 718,000 guns in our schools and could put hundreds of millions into the coffers of gun makers.” 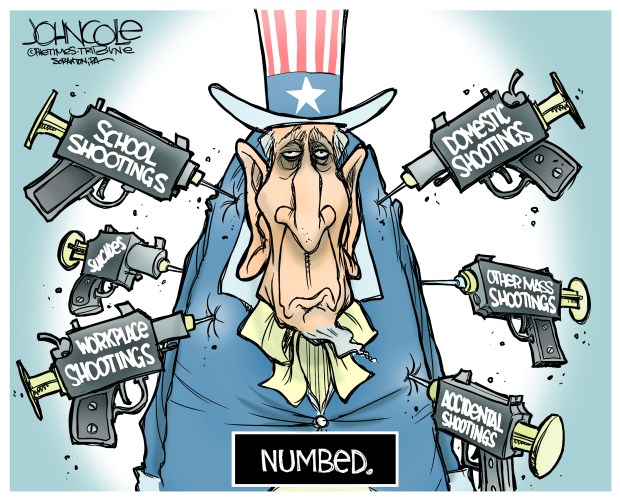 Where the hell are our priorities?

Even Dickey came to regret the negative impact of his disastrous amendment. He co-wrote an op-ed in The Washington Post pointing out that:

“Since the legislation passed in 1996, the United States has spent about $240 million a year on traffic safety research, but there has been almost no publicly funded research on firearm injuries. As a consequence, U.S. scientists cannot answer the most basic question: What works to prevent firearm injuries?” 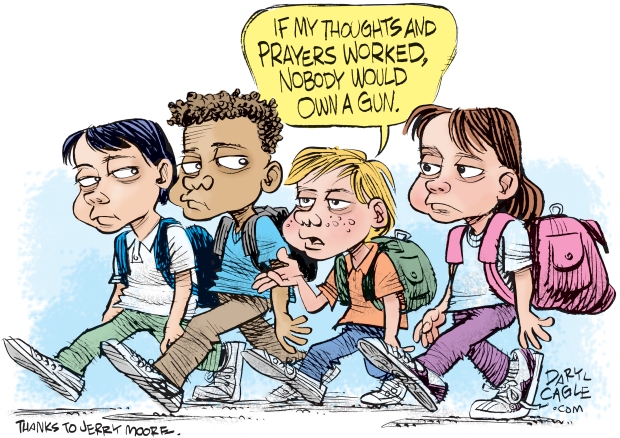 “The essay, co-written by the then-director of the National Center for Injury Prevention and Control at the Centers for Disease Control and Prevention, continued: “We were on opposite sides of the heated battle 16 years ago, but we are in strong agreement now that scientific research should be conducted into preventing firearm injuries and that ways to prevent firearm deaths can be found without encroaching on the rights of legitimate gun owners. The same evidence-based approach that is saving millions of lives from motor-vehicle crashes, as well as from smoking, cancer and H.I.V./AIDS, can help reduce the toll of deaths and injuries from gun violence.”

“We also must allow the Bureau of Alcohol, Tobacco, Firearms and Explosives to track gun sales, and keep the data it collects electronically and also searchable. At present, it is prevented from doing so.” 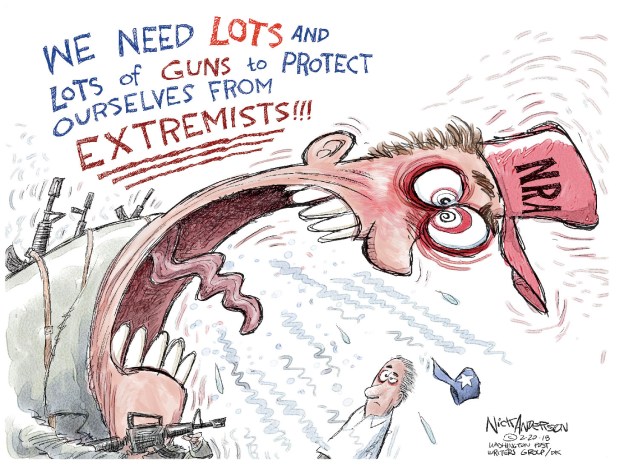 “As Kate Irby wrote for McClatchy: “No one has any idea how many assault rifles are in circulation. That’s intentional.” Knowing would require a registry, and the N.R.A. and conspiracy-minded anti-government groups see this as a step toward confiscation, or at least facilitating the possibility.”

“As Irby put it: “The National Firearms Act forbids ‘any system of registration of firearms, firearms owners, or firearms transactions or dispositions be established.’ Several restrictions added to congressional appropriations bills also prohibit A.T.F. from requiring gun dealers to submit their inventories to law enforcement. The effect is to prevent A.T.F. from setting up a system that would allow electronic retrieval of gun owners’ personal identification information, and from consolidating or centralizing records provided by firearms dealers.” 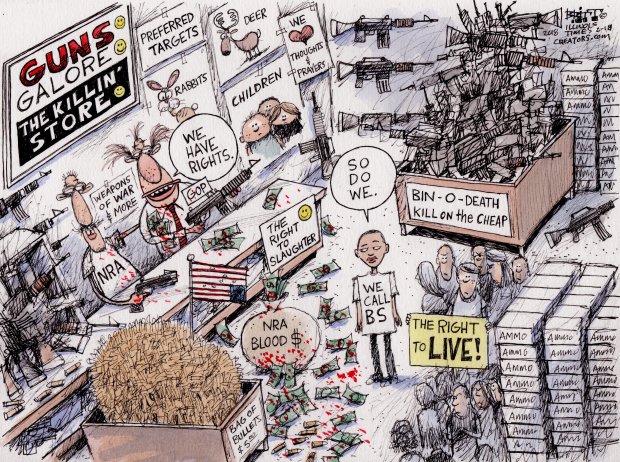 “Still, she writes, “The N.R.A. estimates that between 8.5 million and 15 million assault rifles are in circulation, based on manufacturer data.”

“Finally, we need to empower a permanent commission, possibly under the Department of Homeland Security, to bring all the data together, in consultation with law enforcement, the Department of Health and Human Services, the Department of Education and any other relevant parties, to make ongoing policy and regulatory recommendations to reduce gun violence.”

“We have venerated the gun and valorized its usage. America is violent and the gun is a preferred instrument of that violence. America, in many ways, is the gun.”