aside Is President For Real When He Says He Wants To Pass Comprehensive Gun Control Measures?

On February 28, 2018 the republican President Donald Trump held a pow wow with lawmakers from the US Congress to encourage them to deliver on a comprehensive bi-partisan gun control bill.

We’ve seen this dance before when the president produced and directed a reality show performance where he appeared to favor a bi-partisan resolution on the DACA program.  I had been one of those foolish folks who had believed the president when he held a meeting with congressional lawmakers on 1/9/18, to work on immigration legislation where TV cameras were present. The president announced in front of the cameras that he was willing to sign any immigration reform agreed to by both republicans and democrats.

My thinking hardened when President Trump chose to blow up the bi-partisan plan worked on by Senator Dick Durbin (D-IL) and Senator Lindsey Graham (R-SC) and 4 others, to fix the DACA (Deferred Action for Childhood Arrivals) program and other immigration issues, at a Thursday morning meeting (1/11/18). Senators Durbin and Graham were prepared to present their proposal, but the president chose to renege on earlier commitments to approve any bi-partisan work product by blowing up the meeting with profanity and by referring to Haiti, El Salvador and African countries as shxtholes,

This push for serious gun control measures by the president had better not be repeat performance of the DACA fiasco where the White House pretended to care about young peoples not being subject to deportation by DHS ICE agents, because they had lived in the US since childhood with parents who were undocumented and know no other country. But then the White House did everything possible to kill any bills fixing the DACA program that were close to passing. We will see. Will the president carry through on what he said today (2/28/18) or will he succumb to the out-sized power of the (National Rifle Association) NRA lobby’s hold over the GOP like he did with the hard-line anti-immigration faction in the White House and the US Congress when it came to fixing DACA?

Meanwhile VOX has provided a transcript of the White House’s meeting with US lawmakers over the issue of gun control.

As per a 2/28/18 VOX report by Rachel Wolfe, “President Donald Trump sat down with lawmakers at the White House Wednesday (2/28/18) afternoon to discuss gun policy in the wake of the shooting at Marjory Stoneman Douglas High School in Parkland, Florida (2/14/18) — and Trump appeared to enthusiastically endorse several gun control measures, including a bipartisan gun control bill that failed to pass the Senate during Barack Obama’s presidency.”

“It was a surprising scene, but it’s not yet clear if Trump’s words will translate into policy. Below is a full rush transcript of the meeting at the White House:” 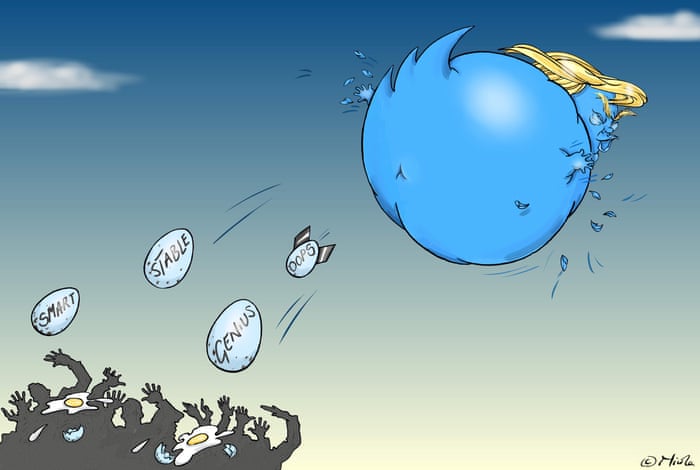