Its official. The UAE Adviser Mr. George Nader will be a co-operating witness in the FBI’s Trump-Russian probe led by the Special Counsel Robert Mueller III.

Mr. Nader would be in a position to know if any UAE monies ended up in the coffers of Donald Trump’s campaign which would be illegal, as US election campaigns are barred from accepting monies from foreign governments.

On March 6, 2018, Mark Mazzetti, David D. Kirkpatrick and Adam Goldman of the New York Times penned the following report, Adviser To Emirates With Ties to Trump Aides Is Cooperating With Special Counsel.

“An adviser to the United Arab Emirates with ties to current and former aides to President Trump is cooperating with the special counsel, Robert S. Mueller III, and gave testimony last week to a grand jury, according to two people familiar with the matter.”

“Mr. Mueller appears to be examining the influence of foreign money on Mr. Trump’s political activities and has asked witnesses about the possibility that the adviser, George Nader, funneled money from the Emirates to the president’s political efforts. It is illegal for foreign entities to contribute to campaigns or for Americans to knowingly accept foreign money for political races.”

“Mr. Nader, a Lebanese-American businessman who advises Crown Prince Mohammed bin Zayed Al-Nahyan, the effective ruler of the Emirates, also attended a January 2017 meeting in the Seychelles that Mr. Mueller’s investigators have examined. The meeting, convened by the crown prince, brought together a Russian investor close to President Vladimir V. Putin of Russia with Erik Prince, the founder of Blackwater and an informal adviser to Mr. Trump’s team during the presidential transition, according to three people familiar with the meeting.”

“Mr. Nader’s cooperation in the special counsel’s investigation could prompt new legal risks for the Trump administration, and Mr. Nader’s presence at the Seychelles meeting appears to connect him to the primary focus of Mr. Mueller’s investigation: examining Russian interference during the 2016 presidential campaign.”

“Mr. Nader represented the crown prince in the three-way conversation in the Seychelles, at a hotel overlooking in the Indian Ocean, in the days before Mr. Trump took office. At the meeting, Emirati officials believed Mr. Prince was speaking for the Trump transition team, and a Russian fund manager, Kirill Dmitriev, represented Mr. Putin, according to several people familiar with the meeting. Mr. Nader, who grew close later to several advisers in the Trump White House, had once worked as a consultant to Blackwater, a private security firm now known as Academi. Mr. Nader introduced his former employer to the Russian.”

” The significance of the meeting in the Seychelles has been a puzzle to American officials ever since intelligence agencies first picked up on it in the final days of the Obama administration, and the purpose of the discussion is in dispute. During congressional testimony in November, Mr. Prince denied representing the Trump transition team during the meeting and dismissed his encounter with Mr. Dmitriev as nothing more than a friendly conversation over a drink.”

“The Obama administration imposed sanctions on the fund as part of a raft of economic penalties after the Russian government sent military forces into Ukraine in 2014.”

“The United Arab Emirates, which Washington considers one of its closest Arab allies, has invested heavily in Mr. Dmitriev’s fund as part of an effort to build close relations to Russia as well. After Crown Prince Mohammed met with Mr. Putin in 2013 in Moscow on a state visit, two investment arms of the government in Abu Dhabi committed to invest $6 billion in the Russian Direct Investment Fund, eventually paying to build projects like roads, an airport and cancer treatment centers in Russia.”

“Mr. Dmitriev became a frequent visitor to Abu Dhabi, and Emirati officials came to see him as a key conduit to the Russian government. In a 2015 email, the Emirati ambassador to Moscow at the time described Mr. Dmitriev as a “messenger” to get information directly to Mr. Putin. The email was among a large number hacked from the account of the ambassador to Washington and published online. The now former ambassador to Moscow, Omar Saif Ghobash, did not respond to an email about the leak.”

“Mr. Nader was first served with search warrants and a grand jury subpoena on Jan. 17, shortly after landing at Washington Dulles International Airport, according to two people familiar with the episode. He had intended to travel on to Mar-a-Lago, Mr. Trump’s Florida estate, to celebrate the president’s first year in office, but the F.B.I. had other plans, questioning him for more than two hours and seizing his electronics.”

“Since then, Mr. Nader has been questioned numerous times about meetings in New York during the transition, the Seychelles meeting and meetings in the White House with two of Mr. Trump’s senior advisers, Jared Kushner and Stephen K. Bannon, who has since left the administration.”

“The meeting in the Seychelles also took place against the backdrop of a larger pattern of secretive contacts between the Trump team and both the Russians and the Emiratis. In the weeks after the 2016 presidential election, Crown Prince Mohammed aroused the suspicions of American national security officials when they learned that he had breached protocol by visiting Trump Tower in Manhattan without notifying the Obama administration of his visit to the United States.”

Mr. Kushner, Mr. Trump’s son-in-law and a senior transition adviser, met at Trump Tower with Sergey I. Kislyak, the Russian ambassador to Washington at the time, and discussed setting up a back channel to communicate with Moscow during the transition — circumventing American diplomatic channels normally used during a presidential transition. Mr. Kushner met a few days later with a Russian banker close to Putin, Sergey N. Gorkov — whose bank was also under sanctions — in what Mr. Kushner has said was an attempt to establish a direct line of communication to Mr. Putin during the transition.

“He was in the Seychelles for a meeting with Crown Prince Mohammed and Emirati officials, Mr. Prince said, and after the meeting, the officials suggested he meet Mr. Dmitriev at the bar of the Four Seasons hotel.”

“We chatted on topics ranging from oil and commodity prices to how much his country wished for resumption of normal trade relations” with the United States, Mr. Prince said about the meeting, which he said lasted about 30 minutes. 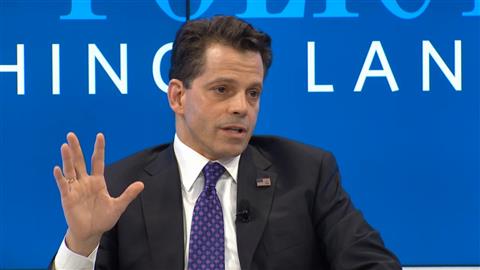 “Shortly after the Seychelles meeting, Mr. Dmitriev met with Anthony Scaramucci, then an informal Trump adviser, at the 2017 World Economic Forum in Davos, Switzerland. In an interview afterward with TASS, a Russian news agency, Mr. Scaramucci criticized the Obama administration’s economic sanctions on Russia as ineffective and suggested that the Trump administration and Russia could find common ground on numerous issues.”