I have been long suffering from this nagging worry that our republican President Donald J. Trump would one day wake up in a foul mood especially for example, if his son-in-law is called up for an interview by the FBI’s Special Counsel Robert Mueller III who is the lead for the Trump-Russia probe, and decide that he has had it with “Rocket Man” (President Kim Jong-Un of N Korea) to where he decides it is time for a preemptive attack on N Korea. The obvious consequence would be that S. Korea would be the major recipient of of N Korea’s revenge.

Most of us want to believe that the above scenario is too far-fetched for even President Trump. But then he is the one asking the US Defense Department for such a plan.

It doesn’t help that the US State Department’s moderating voice, its premiere expert on all things N Korean and the chief negotiator Joseph Yun has retired in late February 2018. There is no replacement.

As per the 2/27/18 Guardian AP report, “Joseph Yun, the 30-year veteran of the US foreign service who retained quiet contacts with North Korea through the Trump administration’s turbulent first year, will retire this week – just as Washington and Pyongyang step up considerations for formal diplomatic talks.”

“Yun will stand down as special representative for North Korean policy (around 22nd of February 2018.) He said his decision to retire was entirely his own but it comes at a surprising juncture, just as South Korea relayed that the North is open to direct discussions with the US.”

“His departure will leave the Trump administration without an envoy for engaging North Korea or an ambassador in South Korea.”

“Yun, a former US ambassador to Malaysia, has been the state department’s point-man for its limited contact with the North Korean government through a back channel at the nation’s diplomatic mission to the United Nations in New York. The adversaries from the Korean war do not have formal relations and the so-called “New York channel” is the primary means for conveying messages.” 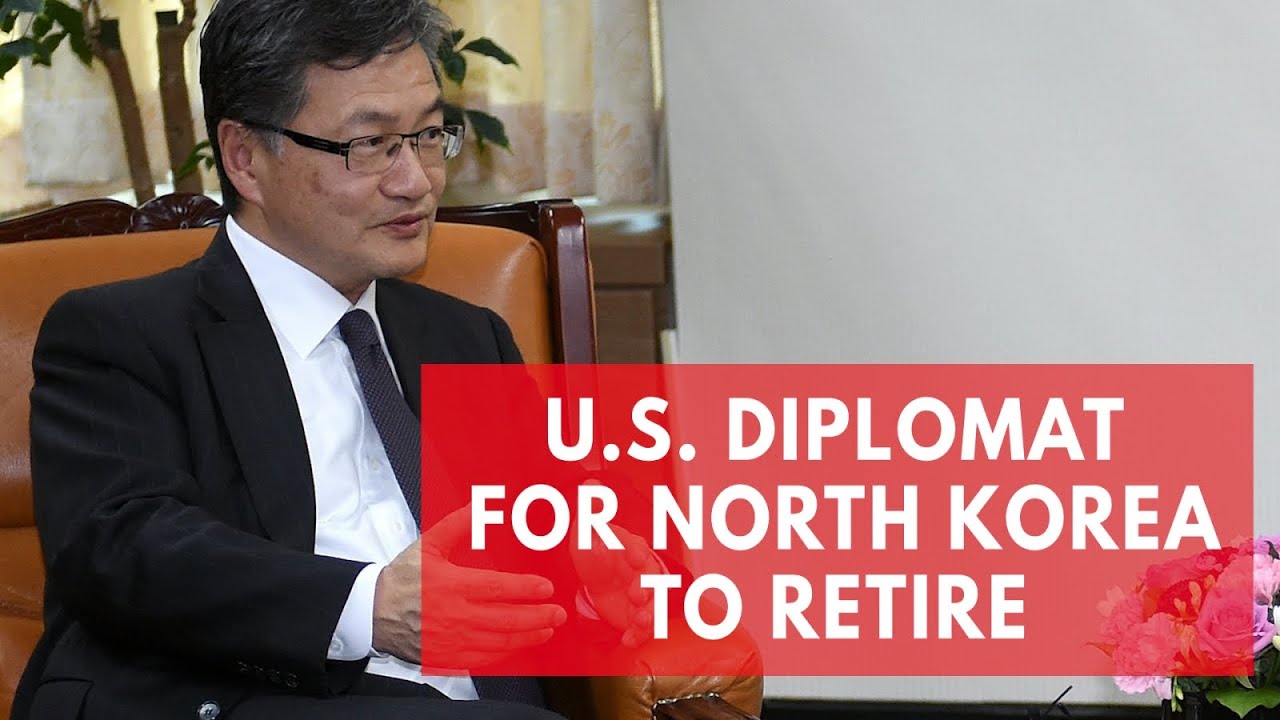 The US ambassador post for South Korea has not been filled for the past year, adding to questions about the direction of US policy as President Trump has vacillated between talk of war and willingness to speak directly with N Korea’s leader Kim Jong-Un.

Frankly, it would be great if by some miracle where both leaders of N and S Korea work something out where the above scenario is effectively off the table. N. Korea’s leader Kim Jong-In has indicated that he is interested into working out a disarmament agreement with S Korea”s President Moon Jae-In.

There are doubts as to the seriousness of N. Korea’s ruler’s seriousness because N Korea has a history of not following through on its commitments.

UPDATE ON 3/8/18: A South Korean delegation headed by Chung Eui Yong delivered a letter to the White House where the N Korean leader Kim Jong Un signaled a desire for peace talks even to the point of  denuclearization.

As per a 3/8/18 Yahoo report, “Chung Eui-yong spoke outside the White House after a day of briefings with senior U.S. officials, including Trump, on the recent inter-Korea talks. Chung says Trump said “he would meet Kim Jong Un by May to achieve permanent denuclearization” of the Korean peninsula.”

“Chung says Kim told the South Koreans he is “committed to denuclearization” and pledged that “North Korea will refrain from any further nuclear or missile tests.” 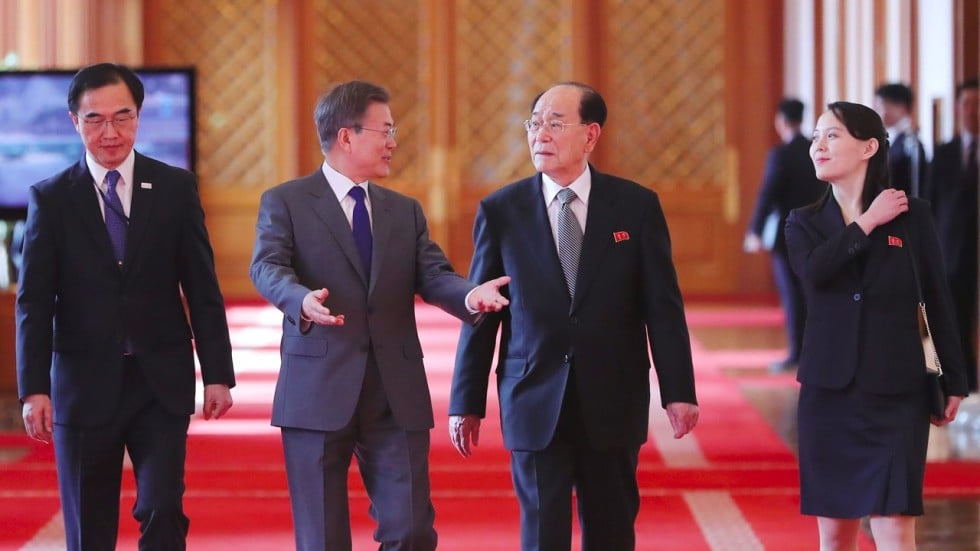 On March 7, 2018, Jon B. Wolfsthal of The Atlantic penned the following report, “Kim Jong Un Makes America Irrelevant” (“Seoul wants to try diplomacy with Pyongyang. Where does that leave Washington?”)

“The news that North Korea’s leader Kim Jong Un has offered to hold talks about getting rid of his nuclear weapons has fueled new hopes that the deadly standoff with North Korea may be easing. While it remains to be seen what exactly North Korea has offered to discuss—it’s speculated that sanctions relief in exchange for some technical steps to roll back North Korea’s nuclear efforts will be on the negotiating table—it is already clear that Kim, following his successful Olympic charm offensive, is ready to continue playing peacemaker.” 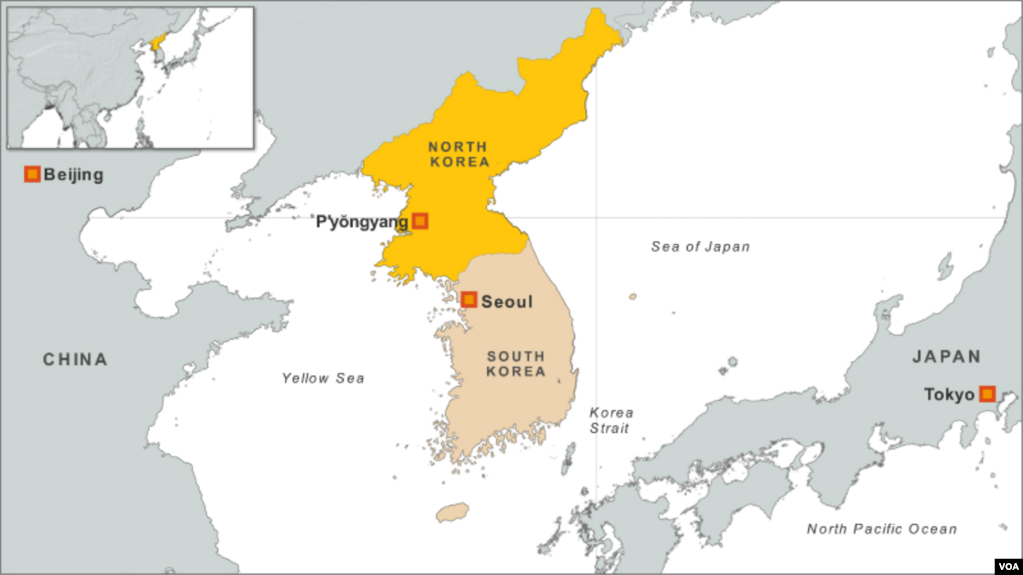 That North Korea could adopt such a posture is only possible because the Trump administration has handled the Korean issue so poorly, driving Seoul into Pyongyang’s waiting arms. Regardless of the cause of this new offer to talk and doubts over the North’s sincerity, the United States needs to take this proposal seriously. Anything less would constitute diplomatic malpractice, and could irreparably harm the already shaky U.S.-South Korea alliance.”

“Peninsula watchers are already trying to parse the precise language that Kim used in his offer to talk to the United States. His offer to denuclearize the Korean peninsula and begin the process of eliminating his nuclear capability if his regime’s security can be guaranteed by the United States, presented to South Korean envoys at a dinner in Pyongyang, seemed similar to ones made by North Korea in the past. Such offers formed the basis of previous talks and even agreements in 1994, 2005 and 2011, all of which failed to eliminate North Korea’s nuclear and missile programs. In those instances, North Korea was focused on eliminating the threat it perceived from the presence of U.S. troops in South Korea and the U.S.-South Korea relationship’s reliance on nuclear deterrence as the ultimate guarantor of Seoul’s security. When the time comes for real nuclear reversal, North Korea always finds a way or reason to squirm out of old bargains.”

“Perhaps this new announcement is another bluff to buy time or pit the Americans against the South Koreans. But on the off chance that the offer to talk about eliminating nuclear weapons is real, it’s worth asking whether President Donald Trump can take credit for bringing North Korea back to the negotiating table. The answer is yes, but not for the reason he might think. It is possible that Kim has decided that Trump might just be crazy enough to start a war, leading him to sue for peace. But even more likely is that with Trump having threatened fire and fury and South Korea now more concerned about America trying to start a war with North Korea, that Kim has figured out that he can be the reasonable one even as he continues building his nuclear weapons. This might be enough to convince North Korea to offer talks, but there is no reason to believe that this will be enough to convince it to actually follow through on any denuclearization deal.”

“The best way to keep the United States and South Korea safe is by maintaining a strong, coordinated alliance. So it’s a source of real concern that Trump’s brash language has so unsettled South Korea, perhaps more than it has unsettled North Korea. Just last month, Moon Chung, a senior South Korean presidential advisor, told the PBS Newshour that Seoul is  “very much worried about American unilateral military action on North Korea.” The lack of coordination and clarity from the Trump administration about whether and when it will engage North Korea in talks has even led Moon Jae In, the president of South Korea, to chart his own engagement plan with the North without full coordination with the United States—unthinkable only a year ago. This growing divide between Washington and Seoul is the opening Pyongyang is, in all likelihood, now looking to exploit by appearing reasonable and ready to engage.” 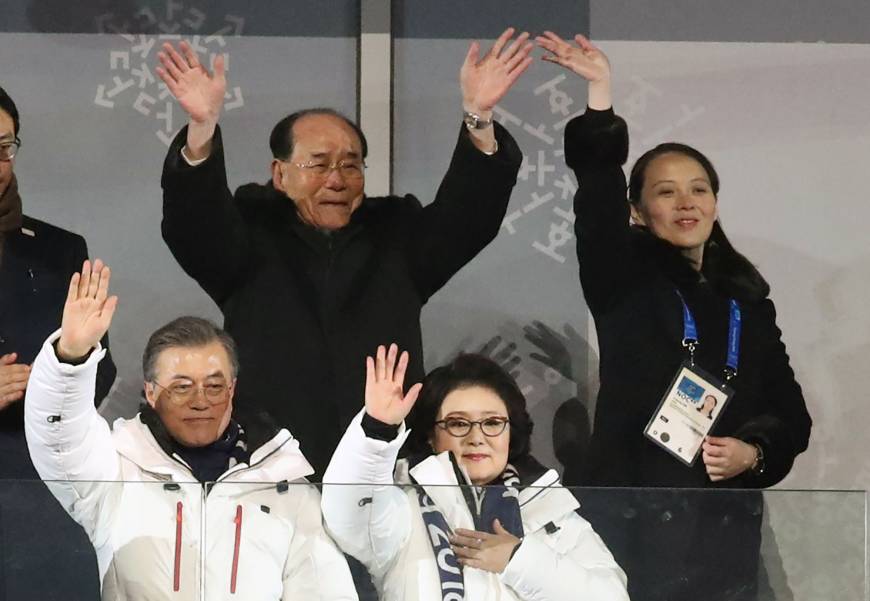 “What is new, at least at first blush, is the lack of any conditions from North Korea. Press reports indicate that North Korea is ready to pursue talks with the US even if sanctions continue and the military exercises between the United States and South Korea scheduled for April proceed as planned. Pyongyang has used past such exercises to either cancel talks or conduct missile tests. However, after having declared the completion of its nuclear development program, Kim Jong Un has apparently decided there is more to be gained by putting the United States on the spot by offering diplomacy than by testing nuclear weapons or missiles.”