Countries which like to control media content like Saudi Arabia, United Arab Emirates (UAE), and others hate the existence of the Arab media giant Al Jazeera which is located in Qatar.

I do use Al Jazeera to check out the Arab’s perspective on any given story pertaining to middle east issues. This does not mean that I accept at face value anything its reporters write. I still have to do my due diligence by verifying many of its claims with alternate sources. Still, it is the only resource that provides me a glimpse into the mindset of the Arab on the street.

There is speculation that after President Donald Trump’s son-in-law and his senior adviser Jared Kushner had been turned down for a loan to salvage his mounting debt by the Qatari’s Minister of Finance around April 2017, that Qatar soon found itself at odds with Saudi Arabia, UAE and others.

President Trump who had already closely allied himself with the Emiratis, as well as having openly endorsed the new heir to the throne in Saudi Arabia, indicated his approval regarding their confrontational approaches toward Iran and their neighbor Qatar. In the case of Qatar, which is the host to a major United States military base, President Trump’s endorsement of an Emirati- and Saudi-led blockade against Qatar, a long time friend to the USA,  has put him openly at odds with his Secretary of State Rex Tillerson— as well as with years of American policy.”

As per a 3/2/18 Intercept report by Clayton Swisher and Ryan Grim, “The failure to broker the deal would be followed only a month later by a Middle Eastern diplomatic row in which Jared Kushner provided critical support to Qatar’s neighbors. Led by Saudi Arabia and the United Arab Emirates, a group of Middle Eastern countries, with Kushner’s backing, led a diplomatic assault that culminated in a blockade of Qatar. Kushner, according to reports at the time, subsequently undermined efforts by Secretary of State Rex Tillerson to bring an end to the standoff.”

As per a 7/5/17 Independent report by Anthony Harwood, “An account by journalist Mark Perry published in The American Conservative said: “A close associate of the Secretary of State says that Tillerson was absolutely enraged that the White House and State Department weren’t on the same page.” (regarding Qatar)

“Tillerson’s aides, I was told, were convinced that the true author of Trump’s statement was the UAE ambassador Yousef Al Otaiba, a close friend of Trump’s son-in-law Jared Kushner. Rex put two and two together … and concluded that this absolutely vacuous kid was running a second foreign policy out of the White House family quarters. Otaiba weighed in with Jared and Jared weighed in with Trump. What a mess.”

“Rex is just exhausted. He can’t get any of his appointments approved and is running around the world cleaning up after a President whose primary foreign policy adviser is a 36-year-old amateur.”

“Leaked email correspondence has also shown Otaiba, who has been friends with Kushner since the pair met last June, putting pressure on politicians to close down the US military base in Qatar.”

“If you consider this when looking at the genesis of the dispute between Qatar and Saudi Arabia, Bahrain, the UAE and Egypt it does make you wonder to what extent President Trump has been having his strings pulled by the Middle East alliance.”

One of the major complaints by Saudi Arabia and United Arab Emirates (UAE) is the sponsorship of Al Jazeera by the Qatari government.

On June 23, 2017 Amanda Erickson of the Washington Post penned the following report, “Why Saudi Arabia hates Al Jazeera so much”

If you want to understand why many Arab world leaders hate Al Jazeera, consider “Sharia and Life.”

For years, the call-in show was one of the network’s most popular, reaching tens of millions. Viewers would call in and pose their faith questions to Yusuf al-Qaradawi, an Egyptian cleric and a spiritual leader of the Muslim Brotherhood. People would ask all kinds of things: Is it all right to smoke during Ramadan? Does a female Palestinian woman have to wear a hijab while carrying out a suicide bombing?

“Before Al Jazeera, a show like this would have been unusual in the Arab world, where media is tightly controlled. But the Qatari-owned network has a mandate to produce ambitious journalism on a wide range of subjects (some taboo). It offers, too, a broader range of opinions than most Arab media.”

“These qualities have made it the most popular network in the Middle East. It’s also attracted a lot of enemies. Rulers in places such as Saudi Arabia and Egypt resent the station’s broad reach and its willingness to rile up opposition. They don’t like its Islamist bent, and they’re angry that their populations are exposed to reporting critical of their regimes (and supportive of the Qatari agenda).”

“For years, they’ve called on the station to evolve, or go away. Saudi Arabia, Egypt and Jordan have kicked Al Jazeera bureaus out of their countries. Saudi Arabia has also banned hotels from offering the channel. And now Qatar is embroiled in a diplomatic war with a group of Arab states, and shuttering Al Jazeera appears to be one key demand.” 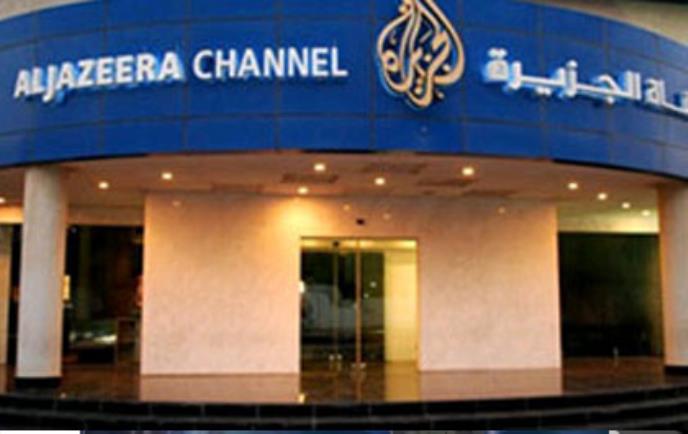 “There are about 350 million Arabic speakers across the Middle East. As far back as the 1950s and ’60s, radio stations tried to reach this group. Sawt al-Arab radio, for example, was created by Egypt to spread Egyptian President Gamal Abdel Nasser’s pan-Arabist ideas. (It was so effective that Nasser’s political opponents in Saudi Arabia jammed the station. Plus ça change, plus c’est la même chose.)”

“In the 1990s, the Saudi royal family began buying Arabic newspapers and sharing them across the region. They also developed a satellite station, MBC, intended for a broad audience. That never quite caught on, but it did show would-be moguls the potential of pan-Arabic media.”

“It taught the region’s leaders something else, too: that they might well lose their death grip on the information their populations were able to consume. As Shibley Telhami, who wrote a book on Arab media, explained, “this simultaneous sense of inspiration and threat is likely what inspired the emir of Qatar, Sheikh Hamad bin Khalifa Al Thani, to start Al Jazeera . . .  in 1996.” Since then, the country has poured billions into the network.”

“Thani had come to power only a year before, and he faced fierce criticism from the Saudi-run newspapers. Al Jazeera, he hoped, would offer a different perspective, and maybe cut into the people consuming Saudi media.”

To build an audience, the channel produced content that would appeal to people. As Telhami explained: “Viewers were exposed to programming that most Arabs hungered for, from opposing opinions to more information on issues they cared deeply about as Arabs and Muslims. This included live footage of bloodshed in Israeli confrontations with the Palestinians — footage that Arab national television broadcasts limited so as not to awaken their public’s passion.”

“The station broke other important barriers, too. It sent reporters to the Israeli Knesset and aired debates live. During the 2008 war in Gaza, Al Jazeera had more reporters on the ground than anyone else, and it was the only station with live coverage. It also, Telhami writes, pushed for “presentation of multiple views, including presenting Israeli views dating back to the 1990s, when few other Arab stations dared do so, as well as airing Bin Laden tapes, Iranian views, and hosting or covering speeches and news conferences of American officials — including then-Secretary of Defense Donald Rumsfeld, American military commanders and spokesmen, and White House and State Department officials — during the Iraq war.”

“These qualities were major selling points. By 2001, it had become the most-watched Arab television station for news. By 2006, more than 75 percent of Arabs called the network their favorite or second-favorite news source.”

“The network’s success, however, made it a target of criticism, both from the outside and from within. After the Sept. 11, 2001, attacks, Americans accused the channel of stoking anger and fear about U.S. foreign policy. In 2012, China took action against Al Jazeera English. Indeed, the channel has probably alienated every regional leader at one point or another.”

“Al Jazeera Arabic (which is run separately from Al Jazeera English) has also got a reputation for supporting the Muslim Brotherhood. Hugh Miles compared the network with Fox News, telling the Telegraph, a British newspaper, that “Al Jazeera Arabic is very partisan and it supports Islamists. I think that’s a defensible position because there are lots of Islamists and it’s a popular view in many parts of the world. It’s not accepted by other Arab countries, which regard it as seditious and threatening, but they offer another perspective.”

“Al Jazeera is sensationalist, Islamic, and pan-Arabic, but it mirrors Doha’s policy concerns in more ways than it might care to acknowledge,” Simon Henderson, director of the Washington Institute’s Gulf and Energy Policy Program, wrote just four years after the network’s launch. “Many Arab governments would prefer Al Jazeera to simply disappear.”

The latest diplomatic kerfuffle has some of the station’s reporters worried that that is what is going to happen. While the station released a statement calling the demand for its closure “nothing but an attempt to silence the freedom of expression in the region,” its staffers worry that Qatar might agree to, say, restructure things so that the network has less freedom.”