There are ample cautious warnings from pundits on both the left and the right sides of the political spectrum, regarding the republican President Donald Trump’s unanticipated acceptance on March 8, 2018 of an invitation by N Korea’s leader Kim Jong Un to partake in talks between the two heads of state to discuss ways to de-escalate tensions between the two parties.

Below, the NY Times Editorial Board and former US Representative Jane Harman (D-CA) and president and chief executive of the Woodrow Wilson International Center for Scholars, both argue in favor of the talks …

On March 9, 2018 the Editorial Board of the New York Times penned the following report, “On North Korea, Donald Trump Does the Right Thing, for Once”

“In a case of diplomatic whiplash, President Trump has gone, in a matter of days, from ridiculing North Korea’s leader, Kim Jong-un, and threatening to destroy his country, to accepting Mr. Kim’s invitation for a face-to-face summit in two months, the first ever between leaders of the two countries.”

“We have long encouraged Mr. Trump to pursue negotiations to resolve the danger of North Korea’s nuclear weapons program, rather than threatening war, and the US should make the most of this opportunity.”

“And this is the rare time in which he is upending Republican politics in a sensible, not disastrous, way. Talking to our global adversaries, rather than playing tough with them, has been anathema to the party for years.”

“Mr. Trump, though, is following in the footsteps of the Republicans’ favorite demon, President Barack Obama, who was criticized for negotiating the nuclear deal with Iran. Like Mr. Obama, the president has decided that such talks can be in the country’s best interests.”

“But the precipitous way in which Mr. Trump agreed to the invitation, and the fact that this mercurial president, ill-informed and ill-prepared on complex national security issues, will be across the table from Mr. Kim is worrisome.”

“As proposed under the invitation formally conveyed at a White House meeting on Thursday by South Korean officials who met Mr. Kim, Mr. Trump would have several weeks to prepare for the meeting.”
“Mr. Kim and his government, with a foreign minister and several vice ministers who are experts on the United States, have been plotting their diplomatic initiatives, including a charm offensive at the Olympics in South Korea and a conciliatory New Year’s speech, for months.”
Mr. Trump’s administration, meanwhile, has done virtually nothing to prepare for negotiations, having been focused on tightening sanctions against the North and planning for war. There’s been little coordination between the White House and the State Department, which has been gutted and marginalized under Secretary of State Rex Tillerson. What’s more, the chief envoy to North Korea retired last week, and there is no ambassador in South Korea, leaving the administration with few other experts capable of steering the complex portfolio.”

“The proposed summit builds on an agreement, announced earlier this week, for the US and North Korea to hold their first sustained direct talks in many years. After a period of aggressively testing nuclear devices and missiles, Mr. Kim opened the door to talks by promising to discuss ending his nuclear program if America guarantees the North’s security. He agreed to suspend nuclear and missile tests during the negotiations and not to object when the United States and South Korea hold military exercises this spring.”

Link to entire report: On North Korea, Donald Trump Does the Right Thing, for Once/ NYT

On September 30, 2016, Jane Harman and James Person for the Washington Post penned the following commentary,  “The U.S. needs to negotiate with North Korea”

“Insanity is doing the same thing over and over and expecting a different result. For years we have applied industrial-strength unilateral and multilateral sanctions in an attempt to force North Korea to denuclearize. We have also urged China — North Korea’s neighbor and largest trading partner — to use its unique leverage to halt Kim Jong Un’s provocations, which also threaten China.”

“But neither strategy is working. North Korea continues to make progress in testing ballistic missiles and bombs and possibly even in miniaturizing warheads.” 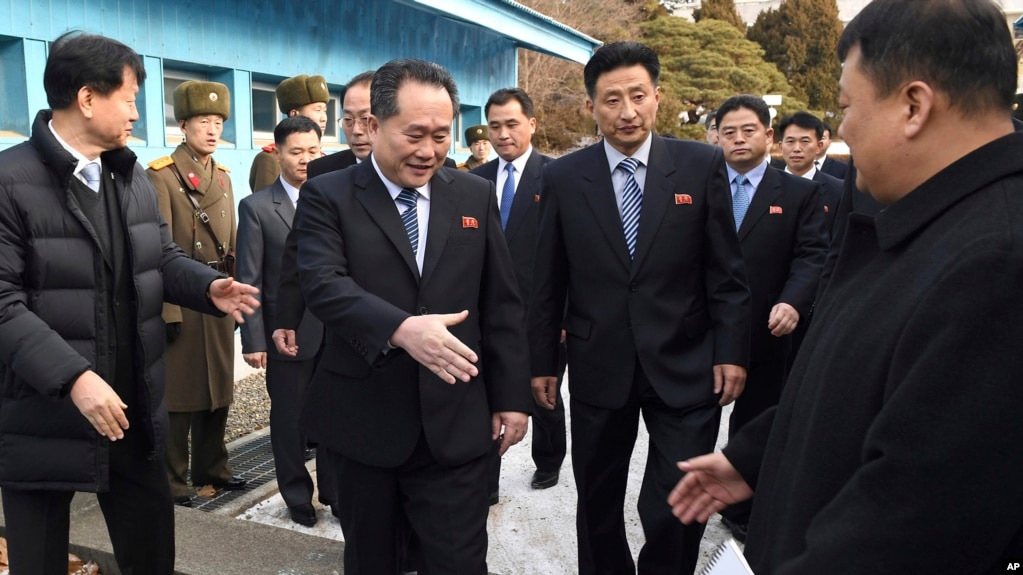 “Six months after the implementation of harsh new sanctions under U.N. Security Council Resolution 2270, North Korea remains defiant. While few expected the sanctions to work overnight, the timeline for any results will be even longer than most anticipate. Sanctions are uniquely ineffective against North Korea. Since the Korean War, the country has faced sanctions-like conditions restricting its access to markets, international financial institutions, and advanced goods and technologies. It became extremely adept at living under these conditions.”

“Throughout this period, North Korea has also essentially self-sanctioned. Its leaders have chosen economic isolation over integration into the global economy. To maintain their freedom of action, they didn’t even integrate into the socialist economic bloc. They muddle through by mobilizing indigenous human and material resources and, when things really get bad, letting a segment of the population perish.The effectiveness of sanctions is also limited because of China’s protection. Chinese leaders recognize that their economic leverage over North Korea is a double-edged sword, because sustained pressure could lead to state and societal collapse, precipitating a flood of refugees into northeast China. The collapse of North Korea could also lead to a unified, U.S.-allied Korea on China’s border — which China perceives as a worse outcome than a nuclear North Korea serving as a buffer state.”

“Besides, U.S. analysts of North Korea have long exaggerated the submissiveness of Pyongyang to Beijing. Communist-bloc documents obtained by the Wilson Center suggest that over many decades, North Korea has perceived China as intrusive and disrespectful of Korean sovereignty. Expecting China to influence North Korean policies means asking China to do precisely what North Korea most resents. Chinese officials recognized that complying with the West’s wishes would only antagonize North Korea further.”

“Our timelines are simply out of sync. It will take far too long for sanctions to persuade North Korea’s leaders to complete verifiable and irreversible dismantlement as a prerequisite for talks, and we also can’t expect China to use all of the cards in its deck. Meanwhile, each new test demonstrates real progress in the development of Pyongyang’s weapons programs, and North Korea gets closer to mounting a warhead on a missile capable of striking one of our allies or a U.S. military base in the region, or even the United States itself.”

“Nonetheless, the US has an underappreciated ace in its deck: North Korea has been trying to talk to us since 1974. Only the United States — the supposed existential threat that justifies its nuclear and ballistic missile programs — can fully address Pyongyang’s security concerns.”

To do so, we would have to demonstrate some flexibility. The lesson North Korea’s leaders learned from the Iraq War and NATO intervention in Libya was that no outlier state without nuclear deterrence is safe. Displays of military might — sending B-1 bombers along the demilitarized zone or ships and submarines off the North Korean coast — only make an insecure Pyongyang more recalcitrant. Failing to acknowledge North Korea’s concerns in some small way, even if we consider those concerns unfounded, makes progress harder.

While the denuclearization of the Korean Peninsula remains the long-term goal, we propose using this U.S. leverage to enter into talks with Pyongyang with the stated goal of negotiating a freeze of all North Korean nuclear and long-range missile tests and a return of International Atomic Energy Agency inspectors. Realistically, this can only be achieved through direct talks with North Korea, not a return to a six-party process that evoked too much mistrust among key stakeholders, especially between Pyongyang and Beijing.

“A freeze would be only the beginning. North Korea has agreed to freezes before only to restart programs once talks stalled or the US turned its attention elsewhere. But we need to take North Korea seriously and work into any deal contingencies for cheating.”

And after a freeze, the next administration must invest significant diplomatic capital in moving talks toward the eventual goal of complete, verifiable and irreversible dismantlement. This will likely demand additional flexibility on the part of the United States, including the use of carrots as well as sticks. If there are prospects for significant progress, we should consider suspension of future joint military exercises with South Koreaand offer North Korea the nonaggression pact it has long sought.

A short-term freeze could also buy time to lessen tensions on the peninsula and throughout the region, and pave a path to moderating the brutal tactics of the North Korean regime against its own people. Done right, there is a way out of the insanity.