Former NSA/CIA Director John Brennan known for being circumvent and judicious with his words has let it rip recently with the US President Donald Trump over his recent firing of FBI Acting Deputy Director Andrew McCabe, and then when he learned about the president calling Russia’s President Vladimir to congratulate him for his recent election victory despite aides having strongly advised him against this.

“We the people” have figured this out long ago. The only reason that the republican President Donald Trump has spared Russia’s President Vladimir Putin and the adult film star, Stormy Daniels from his twitter diatribes, is because both have kompromat on him. On March 21, 2018, Matthew Rosenberg of the New York Times penned the following report, “Ex-Chief of C.I.A. Suggests Putin May Have Compromising Information on Trump”

“John O. Brennan, the former director of the CIA, said Wednesday that he thought Russia may have some kind of compromising information on President Trump, setting off furious speculation about whether the former spy chief was basing that assertion on inside information.”

“In an appearance on Wednesday on MSNBC’s “Morning Joe,” Mr. Brennan, who served as C.I.A. director from 2013 to 2017, speculated that Russians “may have something on him personally” when he was asked if he thought Mr. Trump was afraid of President Vladimir V. Putin of Russia.”

“The Russians, I think, have had long experience with Mr. Trump, and may have things that they could expose,” he added.”

“Mr. Brennan was running the C.I.A. when a salacious dossier surfaced in 2016 that claimed the Russians had compromising information on Mr. Trump. If there were any current or former American officials who might know if there was truth behind the allegations in the dossier, Mr. Brennan would most likely be one of them. And his comments came the day after a phone call Mr. Trump made to Mr. Putin congratulating him for winning an election raised new questions about the president’s relationship with Russia.” 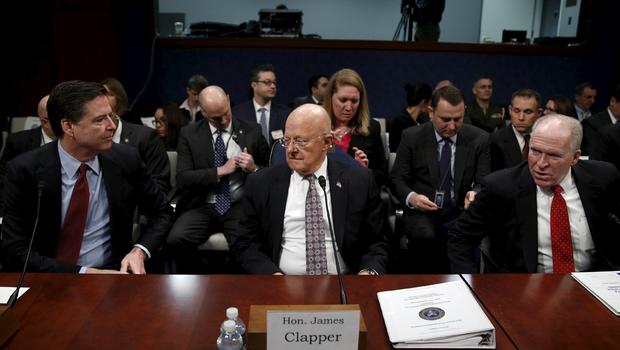 “As C.I.A. director, Mr. Brennan was never known as particularly chatty around the news media or in public. And since leaving office, Mr. Brennan has taken to starting conversations with journalists by telling them, “I’m not going to be an anonymous source for any stories.”

But last weekend, Mr. Brennan — in response to Mr. Trump’s praise for the firing of the former deputy director of the F.B.I., Andrew G. McCabe — issued a remarkable condemnation of the president. “When the full extent of your venality, moral turpitude, and political corruption becomes known, you will take your rightful place as a disgraced demagogue in the dustbin of history,” Mr. Brennan wrote on Twitter. “Mr. Brennan’s pointed criticism of Mr. Trump on MSNBC and on Twitter was hardly unique. From the outset of the Trump presidency, a litany of retired intelligence officials — the kind of people who have traditionally shied away from criticizing presidents, even in retirement — have come forward to criticize Mr. Trump.”

“The former officials have included those like Mr. Brennan who served under Democrats and others who served under Republicans, such as Michael Hayden, who ran both the C.I.A. and the National Security Agency under President George W. Bush. Nearly all insist they have no desire to wade into partisan politics, but are genuinely alarmed by what they see as Mr. Trump’s fundamental disregard for the rule of the law and his impetuous approach to nation’s security.” 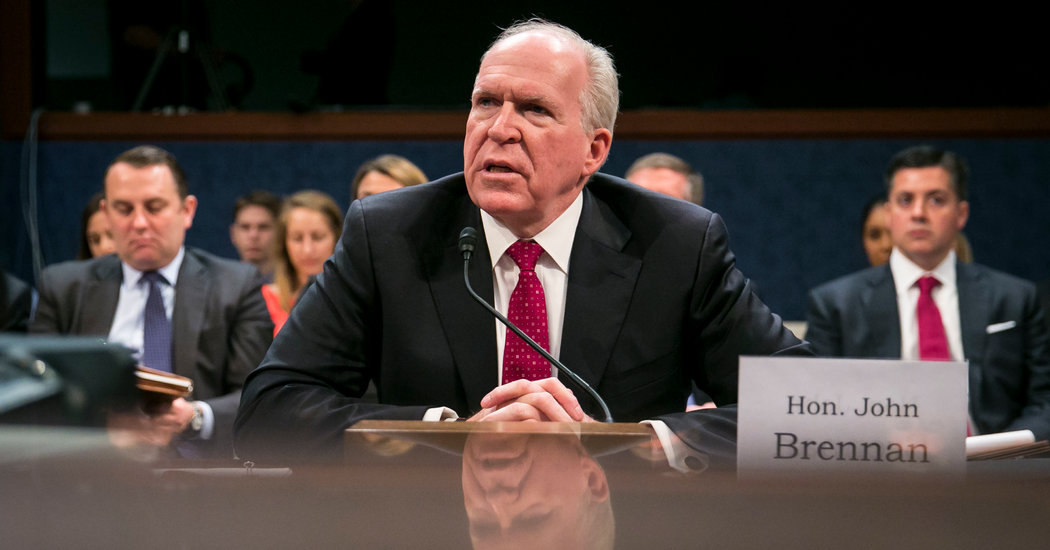 “I don’t think he has a full appreciation of Russian capabilities, Russia’s intentions, and actions that they are undertaking in many parts of the world,” Mr. Brennan said then in an appearance on Fox News.”

“But later in the day on Wednesday, Mr. Brennan explained that his comments were speculation based on Mr. Trump’s words and deeds, as well as how Mr. Putin’s government has operated at home and abroad — but not on any inside knowledge.”

“I do not know if the Russians have something on Donald Trump that they could use as blackmail,” he said in a written response to questions from The New York Times.

“When asked the question, I have pointed out the perplexing submissiveness of Mr. Trump toward Mr. Putin — despite continued evidence of malign Russian activities,” Mr. Brennan added. “I do not know why he refuses to call out Russia; that is a question that can only be answered by Mr. Trump.” 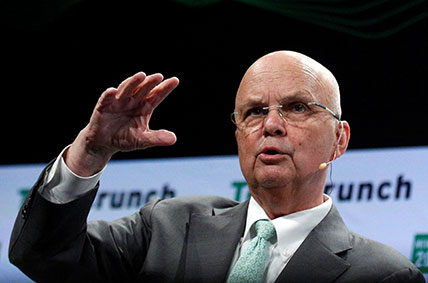 “(The Ex CIA/NSA Director General Michael Hayden ) added, “John has a right to say what he says — I also have trouble explaining events with regard to the president and Russia.”