aside Isabelle Robinson, A High School Senior Tells How She Had Tried To Befriend Nikolas Cruz 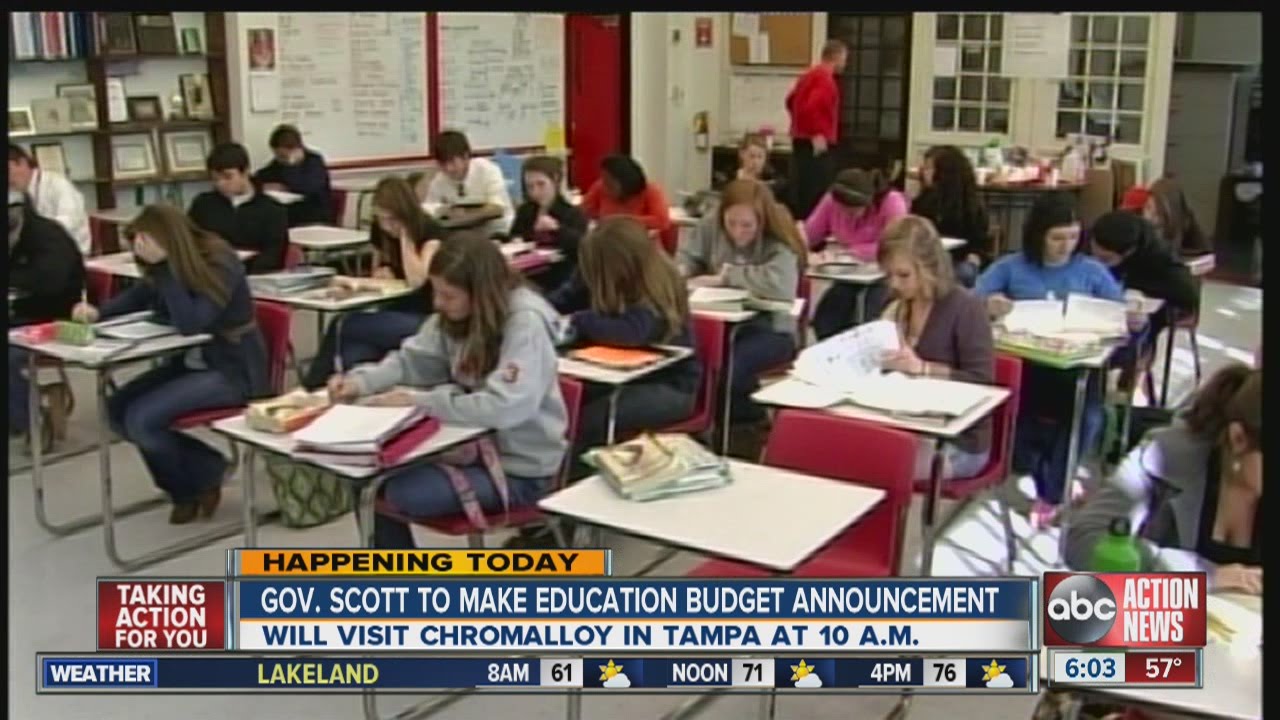 Florida is ranked among the worst states for pre-K through 12 education, according to a new ranking by U.S. News & World Report.

Florida was ranked 40th while Massachusetts ranked first in the country. The magazine said it based its criteria on a number of factors, including high school graduation rates and how many children are able to get an early start on education with pre-K instruction.

The magazine scored Florida poorly on high school graduation rates (No. 43.), National Assessment of Educational Progress math scores (No. 42) and pre-K quality (No. 41). However, the state posted strong scores for preschool enrollment (No. 16) and college readiness (No. 14).

Florida continuously ranks low in monies spent per student on k-12th grade education when compared to other states. Typically it ranks anywhere from 39th to 41st out of 50 states.

Florida’s Governor Rick Scott keeps stating that Florida is pending more on its education budget than ever. But this is a misleading statement as per 10/15/15 Politifact report:

How much money has been going to education spending in Florida pre-college.

Governor Scott has said, “We have the highest funding in (the) K-12 system in the history of the state.”

“That’s accurate in one sense, because the state’s total education budget is at an all-time high of $19.7 billion. But enrollment is also higher than in years past. Per-pupil spending is still below historic dollar totals and remains far below equitable levels when adjusted for inflation.”

“The statement contains an element of truth, but ignores critical facts. We rate it Mostly False.”

The reason that I include the above information in this post, is that it becomes obvious that there are little monies set aside to appropriately address the mental health issues of troubled children in the Florida public school system. We have all interacted with peoples where we knew that they needed help which were beyond our capabilities to address.

This is the background for the setting of a Parkland Florida High School where a former troubled student with an AR15 went on a rampage on the 14th of February 2018, killing 17 victims in a little over 6 minutes.

On March 27, 2018, Isabelle Robinson of the New York Times penned the following narrative, “I Tried to Befriend Nikolas Cruz. He Still Killed My Friends.”

“My first interaction with Nikolas Cruz happened when I was in seventh grade. I was eating lunch with my friends, most likely discussing One Direction or Ed Sheeran, when I felt a sudden pain in my lower back. The force of the blow knocked the wind out of my 90-pound body; tears stung my eyes. I turned around and saw him, smirking. I had never seen this boy before, but I would never forget his face. His eyes were lit up with a sick, twisted joy as he watched me cry.”

“The apple that he had thrown at my back rolled slowly along the tiled floor. A cafeteria aide rushed over to ask me if I was O.K. I don’t remember if Mr. Cruz was confronted over his actions, but in my 12-year-old naïveté, I trusted that the adults around me would take care of the situation.”

“Five years later, hiding in a dark closet inside Marjory Stoneman Douglas High School, I would discover just how wrong I was.”

“I am not writing this piece to malign Nikolas Cruz any more than he already has been. I have faith that history will condemn him for his crimes. I am writing this because of the disturbing number of comments I’ve read that go something like this: Maybe if Mr. Cruz’s classmates and peers had been a little nicer to him, the shooting at Stoneman Douglas would never have occurred.”

“This deeply dangerous sentiment, expressed under the #WalkUpNotOut hashtag, implies that acts of school violence can be prevented if students befriend disturbed and potentially dangerous classmates. The idea that we are to blame, even implicitly, for the murders of our friends and teachers is a slap in the face to all Stoneman Douglas victims and survivors.”

“A year after I was assaulted by Mr. Cruz, I was assigned to tutor him through my school’s peer counseling program. Being a peer counselor was the first real responsibility I had ever had, my first glimpse of adulthood, and I took it very seriously.”

“Despite my discomfort, I sat down with him, alone. I was forced to endure his cursing me out and ogling my chest until the hour-long session ended. When I was done, I felt a surge of pride for having organized his binder and helped him with his homework.”

“Looking back, I am horrified. I now understand that I was left, unassisted, with a student who had a known history of rage and brutality.”

“Like many pre-teenage and teenage girls, I possessed — and still, to an extent, possess — a strong desire to please. I strive to win the praise of the adults in my life.”

“This is not to say that children should reject their more socially awkward or isolated peers — not at all. As a former peer counselor and current teacher’s assistant, I strongly believe in and have seen the benefits of reaching out to those who need kindness most.”

“But students should not be expected to cure the ills of our genuinely troubled classmates, or even our friends, because we first and foremost go to school to learn. The implication that Mr. Cruz’s mental health problems could have been solved if only he had been loved more by his fellow students is both a gross misunderstanding of how these diseases work and a dangerous suggestion that puts children on the front line.”

“It is not the obligation of children to befriend classmates who have demonstrated aggressive, unpredictable or violent tendencies. It is the responsibility of the school administration and guidance department to seek out those students and get them the help that they need, even if it is extremely specialized attention that cannot be provided at the same institution.”

“No amount of kindness or compassion alone would have changed the person that Nikolas Cruz is and was, or the horrendous actions he perpetrated. That is a weak excuse for the failures of our school system, our government and our gun laws.”

“My little sister is now the age that I was when I was left alone with Mr. Cruz, anxious and defenseless. The thought of her being put in the same situation that I was fills me with rage. I hope that she will never know the fear that I have become so accustomed to in the past month: The slightest unexpected sound makes my throat constrict and my neck hairs curl. I beg her to trust her gut whenever she feels unsafe. And I demand that the adults in her life protect her.”