There have been legislators of the US Congress from both sides of the aisle who have been hard at work to enact a bill to protect the jobs of the FBI’s Special Counsel Robert Mueller III, who is heading the TRUMP-RUSSIA probe and the US Department of Justice’s Deputy Attorney General Rod Rosenstein who oversees the FBI’s work. But the republican US Senate Majority Leader Mitch McConnell has announced his intent to block any attempt to pass such a law.

This leadership has done as much damage to the “rule of law” and the divisiveness among the peoples in the USA, to where we have come to expect no better, than what President Donald Trump has been doing.  He has led his GOP members to view loyalty to the party as trumping doing what is right on behalf of the country.

As per the 17th of April 2018 publication of the New York Magazine, “Republican senator Thom Tillis has taken the risky step of endorsing a bill to safeguard Robert Mueller from being fired by President Trump. But the risk was for naught, as Senate Majority Leader Mitch McConnell told reporters he would not allow any such bill to come to the Senate floor.”

“McConnell argues, as he has in the past, that such a bill is “unnecessary” because there is “no indication” Trump would fire the special counsel. Of course there are many indications. Innumerable news reports have described Trump raging about Mueller and demanding his firing. Trump actually ordered the firing of Mueller in June, and again in December, and has begun attacking Mueller publicly, as well as attacking the Department of Justice official who oversees and has approved his investigation, both privately and publicly.”

“But the only indications McConnell will accept as valid will apparently be the actual firing of Mueller, at which point it will be too late to do anything.”

“McConnell of course sat in a high-level briefing detailing Russian interference in the election. The Obama administration proposed leaders of both parties close ranks and issue a bipartisan statement warning Russia not to interfere in the election. McConnell   reportedly cast doubts on the intelligence and said he would consider any statement about Russian interference to be a partisan effort by Obama to help his party win.”

“When McConnell refuses to act because he says he doesn’t think a threat is real, it means he is happy to let the threat be carried.”

“It is up to the rest of us, and especially our elected representatives, to come to their defense and oppose any attempt by the President or others to improperly interfere in the Department’s work,” according to a statement signed by 245 former officials who worked under current and previous administrations, some as far back as that of President Richard M. Nixon.”

“The former officials, many of whom said they served with Mueller and Rosenstein at the Justice Department, decried the recent attacks against the agency.”

“We served [the Justice Department] out of a commitment to the founding American principles that our democratic republic depends upon the rule of law, that the law must be applied equally, and no one is above the law. … Those of us who served with these men know them to be dedicated public servants committed to these principles,” the statement said.”

“It further said: “We are therefore deeply disturbed by the attacks that have been levied against the good men and women of the Department. Not only is it an insult to their public service, but any attempt to corrupt or undermine the evenhanded application of the rule of law threatens the foundation of our Republic.”

“Trump has launched a protracted attack against the Justice Department, accusing it and the FBI of politicizing the investigative process “in favor of Democrats and against Republicans.” He also mocked the agency in a recent tweet, criticizing it for not cooperating with Congress and calling it an “embarrassment to our country.”

“Much of Trump’s ire over the past year has been focused on Mueller’s expanding probe, which is also looking into any possible coordination between the Trump campaign and the Russian meddling, along with any other misdeeds discovered, including the possibility of obstruction of justice by the president and the role foreign money may have played to influence the election or the administration’s policy.”

Much of the bad blood with Russia is caused by the Fake & Corrupt Russia Investigation, headed up by the all Democrat loyalists, or people that worked for Obama. Mueller is most conflicted of all (except Rosenstein who signed FISA & Comey letter). No Collusion, so they go crazy!

Twitter Ads info
“Several former advisers and members of the Trump campaign, as well as 13 Russian nationals, have been indicted as part of the probe. But Trump has repeatedly called the investigation a “witch hunt” and slammed Mueller for hiring “13 hardened Democrats” to join his team — even though only nine had made political donations to Democrats and Mueller, himself, is a Republican appointed by Rosenstein, another Republican.”

“The New York Times reported that Trump had sought to fire Mueller at least twice. The first instance was last June amid media reports that Mueller was looking into possible obstruction of justice, but Trump reportedly backed down after White House counsel Donald McGhan threatened to resign. The president reportedly tried again in early December, when he was angered by reports of subpoenas to obtain information about his business dealings with Deutsche Bank, according to the Times.”

“White House press secretary Sarah Huckabee Sanders said at Tuesday’s briefing that the president “certainly believes” he has the power to fire Mueller.”

“The former Justice officials’ statement comes amid reports that Trump allies have been urging the president to fire Rosenstein. The deputy attorney general most recently signed off on an FBI search of the home, office and hotel room of Michael Cohen, Trump’s longtime personal attorney, who is reportedly under investigation for possible bank fraud and campaign finance violations. Cohen had admitted using personal funds to pay an adult-film actress who claims to have had a sexual relationship with Trump in 2006.”
“The Post’s Robert Costa reported Wednesday that ousted White House chief strategist Stephen K. Bannon is pitching a plan to cripple the investigation into Russian interference in the 2016 presidential election. Part of that plan would be for Trump to fire Rosenstein and for the White House to stop cooperating with Mueller.”

“Confidants of Rosenstein told NBC News on Friday that he seemed to have accepted the possibility that he may soon lose his job.” 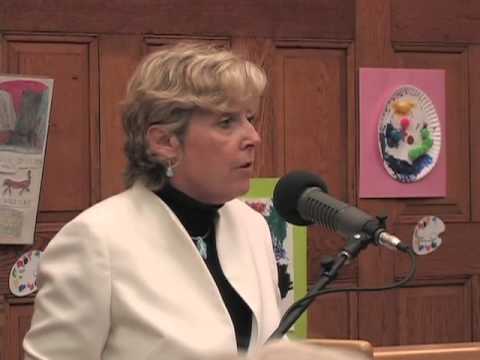 “Many of the signatories served under multiple presidents, both Republican and Democrat. Among them is Elizabeth de la Vega, a former federal prosecutor who served under Ronald Reagan, George H.W. Bush, Bill Clinton and George W. Bush.”

“I reported directly under Robert Mueller for 4 years,” de la Vega said Friday in a tweet about the former FBI director. “There is no finer public servant anywhere.”