aside Guess Who Has Turned Coat On Michael Cohen and Is Cooperating With FBI? Keith M. Davidson

There is an attorney Keith M. Davidson who is becoming a most important figure in the FBI’s Trump-Russia probe being led by the Special Counsel Robert Mueller III. He has decided the cooperate with the Feds which will definitely put the squeeze on the republican President Donald Trump and his long-time personal attorney Michael Cohen.

Nervousness among those in the know, set in after the FBI did a surprise raid on the 9th of April 2018 of the NYC work/ storage places of the president’s attorney Michael Cohen. 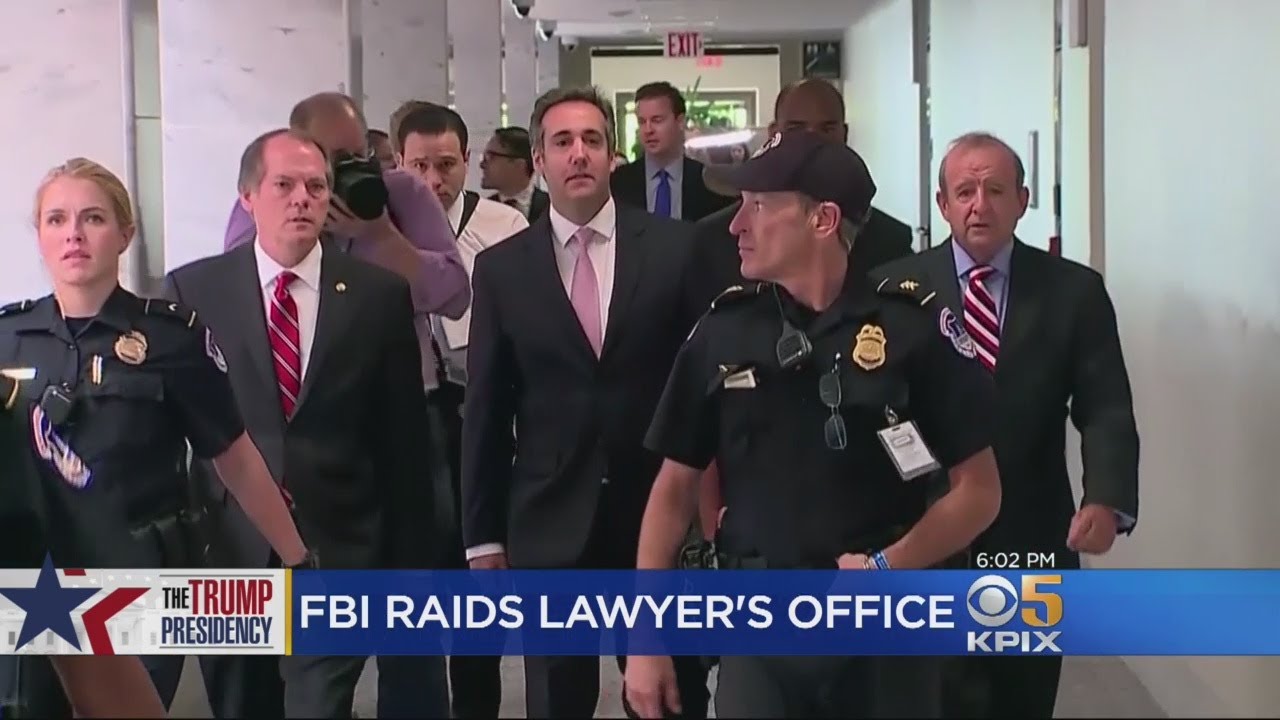 If anyone would know about what Mr. Cohen was hiding regarding details of the president’s settlement negotiations with young ladies in his past around October 2016, it would be Keith Davidson because he was a key player.

These recent developments explain why the GOP members in the US Congress have been ratcheting up their attacks against the FBI and the US Department of Justice. The smell of panic in the air is pungent.

It is my suspicion only that the president went into action with his personal attorney Michael Cohen after the Access Hollywood tapes became public around October 2016, where the president can be heard bragging about grabbing women by their private parts. They came up with a plan to prevent any more stories along these lines from becoming public, as this incident almost derailed Mr. Trump’s chances to become president.

My theory is that Michael Cohen then contacted someone in the legal industry that he knew since 2011. His man was Keith M. Davidson who was assigned to find any young lady that could tell tales of adulterous affairs with the president so that they could make deals during this month of October 2016 to have these women keep quiet. While the president managed to survive the “access Hollywood” tapes incident, he worried that others in his past could come forward to derail his plans.

Stormy Daniels part in this reality show with Keith Davidson…

Mr. Davidson’s part in this play begins with the adult star, Stephanie Clifford aka Stormy Daniels whose dealings with the republican President Donald Trump’s personal attorney/ fixer/ consigliere Michael Cohen came to fruition around October 2016. This is the scenario where he negotiated for her to sign a (NDA) Non Disclosure Agreement in exchange for $130,000 and her silence about the adulterous affair she had with the president in 2006. It was this same Keith M. Davidson who purportedly was supposed to be representing her interests only.

But it just so happens that this somewhat flamboyant figure not only purportedly represented Stormy Daniels’ interests but that of another client Karen McDougal a former playboy playmate, and then another young lady Shera Bechard, a former 2 time playboy playmate. These are the names we know, so far.

I have been thinking that Mr. Cohen came up with the republican fund raiser Elliott Broidy, an advocate for Israel and UAE to be the stooge for the the affair between the president and Sheree Bechard because she did become pregnant where she terminated it. The reason the president and Mr. Cohen would take this tactic is because they feared that they would lose the president’s base which consists of 35% Evangelicals because of the pregnancy issue. Incidentally, one of the reasons that I have come to this conclusion is that it was Keith M. Davidson who had been working with this case, as well as the others. All these ladies somehow signed a NDA form around October 2016.

He has been saying that this scandal was leaked to the Wall Street Journal 4 days after Michael Cohen’s places of work were raided by FBI, from data that Qatar had hacked from his computers. And I believe in the tooth fairy before I’d buy this tale as reported by some media outlets.

During this same month of October 2016, Mr. Cohen established the shell company Essential Consultants LLC. to use on the NDA forms and to somehow manage to direct monies to the President’s paramours.

See: Ex-Playboy model will sue Trump if he calls her a liar, Reddit .

An important fact that backs up my theories is that all these NDA forms were signed in October 2016, within a month of the November 2016 presidential elections, years after most of these adulterous affairs took place.

Another key piece of data that both Stormy Daniels and Karen McDougal shared with the CNN TV host Anderson Cooper is that the president did not use any form of protection to prevent an unwanted pregnancy or any form of STD.

Somehow Ms. Daniels began to smell a rat which prompted her to hire the attorney, Michael Avenatti who soon afterwards shared with the public via the media that the president never signed the NDA form.

According to Mr. Avenatti, there is a page in the contact that requires all actors to sign off on the form.

Over time, we have learned that Mr. Cohen had a NDA cottage industry going where he used duplicate NDA forms for other similar type cases with the same aliases. The president was to sign as (DD) David Dennison and the young lady was to sign as Peggy Peterson (PP). Michael Cohen signed his name as EC for the shell company, Essential Consultants LLC. Here’s the rest of the story on Keith Davidson…

“Most Beverly Hills lawyers are seldom accused of extortion.”

“For Keith M. Davidson, however, it’s not so rare: He is fighting three civil suits by television personalities alleging extortion.”

“The growing scandal — the president’s personal lawyer, Michael Cohen, is under federal criminal investigation for his role in the payoffs — has turned a harsh spotlight on Davidson.”

“Affable and streetwise, he operates on the fringe of entertainment law. His niche is extracting money from celebrities for clients threatening to release sex tapes or share embarrassing stories with the media.”

“The upside: It can produce big payouts for attorney and client alike.”

“In 2012, Davidson was caught up in an FBI sting operation for trying to get Hulk Hogan to pay a client $300,000 for a secretly taped video of the wrestling star having sex, law enforcement records show. Davidson met Hogan in a Florida hotel room — unaware it was wired with recording devices monitored by FBI agents in an adjacent room.”

“As soon as Hogan’s lawyer, David Houston, handed Davidson the first installment, a phony check for $150,000, FBI agents stormed in and detained him, according to the law enforcement records.”

“Davidson, who initially demanded $1 million from Hogan, was not charged with criminal wrongdoing.”

“But Hogan, whose real  name is Terry Bollea, has sued Davidson for extortion, violation of privacy and other claims.”

“A spokesman, Dave Wedge, said Davidson “strenuously denies any insinuations of unethical or inappropriate behavior,” but can’t respond to specific questions because of active legal proceedings.”

“He regularly takes on — and is successful — with cases that other attorneys don’t take,” Wedge said. “Keith isn’t afraid to take on the wealthy and powerful.”

“Davidson, 47, grew up in Brockton, Mass., a blue-collar town just south of Boston. After graduating from Boston College, he moved to California to attend Whittier Law School in Costa Mesa. In addition to his solo law practice on Wilshire Boulevard, he has managed professional boxers, among them James Toney and Manny Pacquiao.”

“Davidson’s law license was suspended for three months in 2010 after he admitted to professional misconduct — failing to keep a client informed of important matters in a medical malpractice case and not showing up for a court hearing, among other things.”

“When Daniels’ story of a one-night stand with Trump first appeared on a website in 2011, Davidson got a call from Cohen, who was irate.” (This is when Mr. Cohen came to know about Mr. Davidson.)

“The story was removed from the web. But when media outlets approached Daniels about Trump in the closing weeks of the 2016 campaign, she had Davidson negotiate a confidentiality agreement. Cohen set up a shell corporation that paid her $130,000 11 days before the November election.”

“By then, Davidson and Cohen had developed a working relationship. A few months earlier, Davidson had notified Cohen when McDougal signed her confidentiality pact with American Media Inc., the National Enquirer parent company that bought the rights to her story of an affair with Trump, which it never published.”

“Davidson later told CNN that his heads-up to Cohen was “a professional courtesy.” But McDougal argued in a lawsuit against American Media that Davidson was secretly colluding with Cohen behind her back to protect Trump, a close friend of the tabloid company’s chief executive.”

“Davidson denied wrongdoing. McDougal settled the lawsuit with the tabloid publisher on Wednesday.”

“After the election, Davidson represented another former Playboy model, Shera Bechard, who struck a confidentiality deal with a top GOP fundraiser, investor Elliott Broidy of Los Angeles. Broidy, who is married, agreed to pay $1.6 million to Bechard, who said she was impregnated by him. His lawyer was Cohen.” (This may be fake news. There is possibility that he is president’s stooge regarding this affair because of her pregnancy.)

“Mr. Cohen reached out to me after being contacted by this woman’s attorney, Keith Davidson,” Broidy said in a statement after the Wall Street Journal revealed the arrangement. “Although I had not previously hired Mr. Cohen, I retained Mr. Cohen after he informed me about his prior relationship with Mr. Davidson.”

Other Davidson cases are more contentious. Robert Herjavec, an entrepreneur on ABC’s “Shark Tank,” filed an extortion suit against him in November.”

“In 2015, Davidson and a former girlfriend of Herjavec’s threatened to embarrass the TV celebrity by making public graphic details of his sex life and falsely claiming that he’d given her herpes and sexually assaulted her, the actor’s lawsuit claims. Davidson and his client demanded $20 million, according to Herjavec. “

“In another suit, actor and waiter Gabriel Rueda accuses Davidson of offering him $50,000 if he would stop demanding a 2% “finder’s fee” for his role in setting up the May 2015 boxing match between Pacquiao and Floyd Mayweather Jr., reportedly the most lucrative in history.”

“Davidson told him he would risk losing his restaurant job, acting career and life if he didn’t back off, according to the complaint.”

“It was coercive, threatening, extortion, intimidation, and an attempt to make me do something illegal by taking tax-free cash under the table,” Rueda, who goes by Gabriel Salvador, wrote in a court declaration.”

“In a court statement, Davidson responded, “I did not try to extort or threaten Salvador in any way.”

“Davidson’s attorneys, John K. Ly and Jason L. Liang, said he was just trying to negotiate a settlement of the “pie-in-the-sky demand for millions of dollars.”

“In another court declaration, Houston, the Hogan attorney who worked with the FBI on the sting operation, recalled asking Davidson whether “there was some kind of celebrity sex tape industry in Los Angeles big enough to keep people like him busy.”

“Davidson replied that most of his targets were not celebrities, but gay people who paid hefty fees for their sex tapes because they were closeted, Houston wrote.”