aside Who Wants A Repeat Of The 2008 US Economic Meltdown? US Congress Is Working At It Again

There has been a lot of talk about the GOP in the US Congress attempting to water down the Volcker Rule, even more than in 2011, which is that part of the Dodd-Frank legislation that was enacted to prevent a repeat of the 2008 banking collapse.

The Volcker rule, was created to prevent banks from making risky investments with funds that are backed by the federal government (FDIC). The goal of the Volcker rule was to ensure that federally backstopped institutions stick to core banking practices such as lending and deposit taking while removing the federal safety net from riskier activities that are divorced from customer services.”

This rule was named after former Federal Reserve Chairman Paul Volcker, one of the foremost proponents of strong financial regulation aimed at preventing a replay of the 2008 financial crisis.

Just as the GOP in the US Congress have been chipping away at the Affordable Care Act, they have been doing likewise with the banking regulations that went into effect under the previous democratic President Barack Obama’s administration. This includes watering down the Voelker Rule, the Frank Dodd bill, itself and the dismantling of the Consumer Financial Protection Bureau (CFPB).

On May 31, 2018, Matthew Yglesias of VOX penned the following report, “Republicans are sowing the seeds of the next financial crisis.” (It’s way bigger than the Volcker Rule.”)

“The economy is finally in pretty good shape again after a financial crisis sent the world spiraling into what people feared might become a global depression. Ten years later, Republicans are in power in Washington and are working, with a little help from a minority of Democrats, to set the stage for a new banking disaster.” 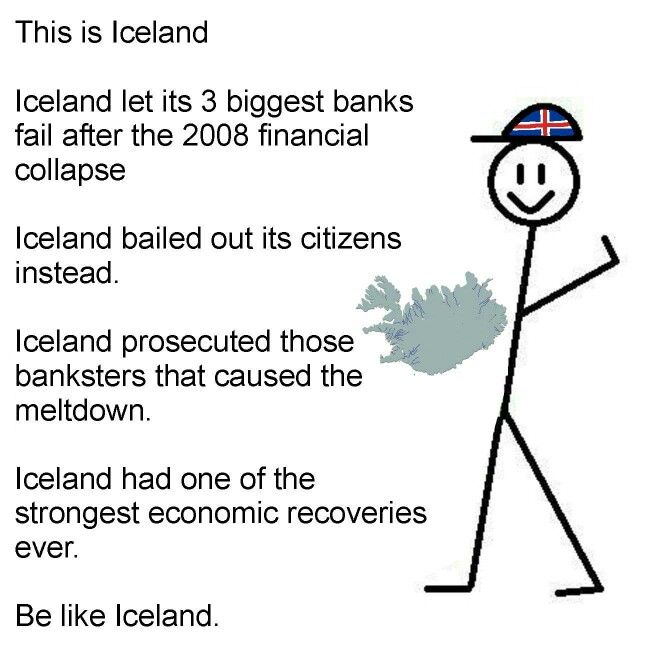 “The latest development is a move by President Donald Trump’s appointees to the Federal Reserve, led by Chair Jay Powell and Vice Chair Randy Quarles, both veterans of the financial services industry. They’re trying to substantially water down a provision known as the Volcker Rule, which was part of the larger Obama-era overhaul of financial regulation adopted in the wake of the crisis.”

“This one move, on its own terms, is not a huge deal. And by the same token, the bill Congress passed earlier this month weakening other provisions of the Obama-era overhaul is not a huge deal in isolation. A less noticed April move by Trump appointees to water down another provision known as the “enhanced supplementary leverage rule” is also not the end of the world on its own. You could say the same of Trump’s Securities and Exchange Commission moving to eliminate a rule that requires mutual funds to inform shareholders about large holdings of hard-to-sell assets.”

“The dispensability of each of these individual provisions in isolation is the problem. Obama-era legislation known as Dodd-Frank, after its two main congressional sponsors, largely eschewed big bank structural reform in favor of dozens of separate efforts to plug gaps and tighten screws. Now the powers that be are systematically loosening screws, unplugging gaps, and widening loopholes. That’s true on the level of formal legislation and rule-making and equally importantly in terms of the pace and vigor of enforcement and oversight activity.”

“While it’s no surprise that Republicans are acting to undo a law they almost uniformly opposed when it passed in 2010, back then, Republicans claimed to have alternate solutions to the problems with the pre-crisis regulatory framework.”

“Today they’ve completely given up on those alternate solutions. They’re tearing down the safeguards and putting nothing in their place while assuming, rightly, that nobody is paying attention. One day there will be a price.”

Republicans used to have a theory of bank regulation

“If the soon-to-retire Paul Ryan was the ideas man of the Obama-era GOP on questions related to the social safety net, his equivalent on bank regulation was Rep. Jeb Hensarling (R-TX), the chair of the House Financial Services Committee.”

“Hensarling was a key ally of the finance industry in fighting Dodd-Frank, but he also obviously wasn’t going to sit around amid 10 percent unemployment and trillions in destroyed wealth and say everything had been hunky-dory under George W. Bush’s watch.”

“He came up with three big ideas:” 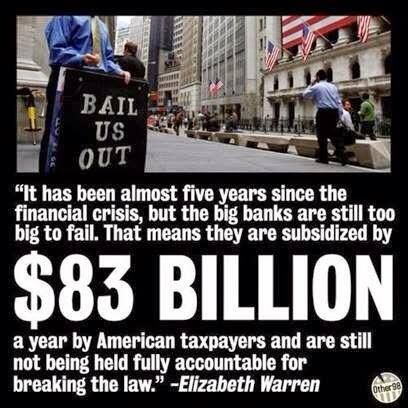 “The basic idea here is that with banks doing less debt-financed investment, they will be less likely to fail; with the federal government less involved in guaranteeing mortgage debts, there will be less risk-taking; and with everyone committed to a “no bailouts” policy, market discipline can be counted on to solve all problems.”

“In the view of most critics, this scheme was either dangerous (if the under-regulated banks were, in fact, not bailed out when the inevitable crisis struck) or dishonest (if, as seems more likely, the bailouts in fact happened at the end of the day). But it was certainly a theory of the case. As such, it competed with other theories, including the Dodd-Frank octopus-like effort to wrap dozens of different regulatory tentacles around small problems, or the left-populist notion that breaking up large banking conglomerates would cure all ills.”

“Hensarling is retiring at the end of this year with none of these ideas enacted, no successor as a thought leader among congressional Republicans on financial regulation, and a Trump administration in office that has no animating ideas at all about banking policy.” 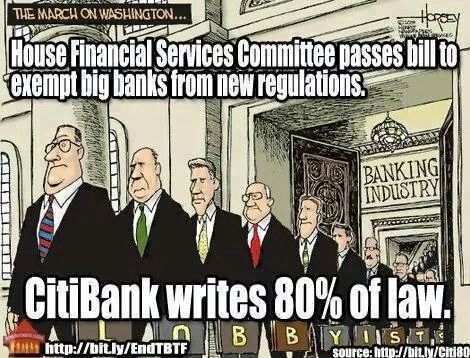 “On the campaign trail, of course, Trump positioned himself as a stalwart of the real economy that built things. He would govern as an enemy of the nefarious forces of international finance. He endorsed a return of the old Glass-Steagall rule that requires the separation of investment banking from commercial banking. And he said he would offer tax proposals to close loopholes that private equity and hedge fund managers use to get their enormous paychecks taxed at favorable rates.”

“In office, of course, Trump has done nothing of the sort.”

“Nor has he pursued a Hensarling-style highly ideological libertarian agenda. He has, instead, simply appointed industry insider figures to all the key positions and has them steadily working to twist every dial available in a more industry-friendly direction.”

“And the nature of bank regulation is that even when it’s done really, really poorly, the odds are overwhelming that on any given day, nothing bad is going to happen. As long as the economy is growing and asset prices are generally rising, a poorly supervised banking sector is just as good as a well-supervised one.”

“But when the music stops, and it always does, a poorly supervised banking sector can turn into a huge disaster. It’s only a question of when.”

See: Bankers Hate the Volcker Rule. Now, It Could Be Watered Down/NYT