By now most of the world is aware that the republican US President Donald Trump has broken ground by being the first US president to meet with N Korea’s Head of State Kim Jong-un on the 12 of June 2018 in Singapore. The primary goal for the US is to insure the denuclearization of N Korea whereas, N Korea is looking towards the end all economic sanctions against it.

My thoughts about this summit are as follows:

1.) President Trump and the N Korean Leader Kim Jong-un broke the ice where dialogue and serious negotiations can begin.

2.) Nothing of substance was developed at this meeting except that President Trump announced that the US would be suspending military exercises with S Korea and that he expected N Korea to move  “very quickly” to dismantle his nuclear arsenal. A 200 word   agreement was the final result. (Apparently, S Korea was caught unawares that the US intended to end the joint military exercises.) 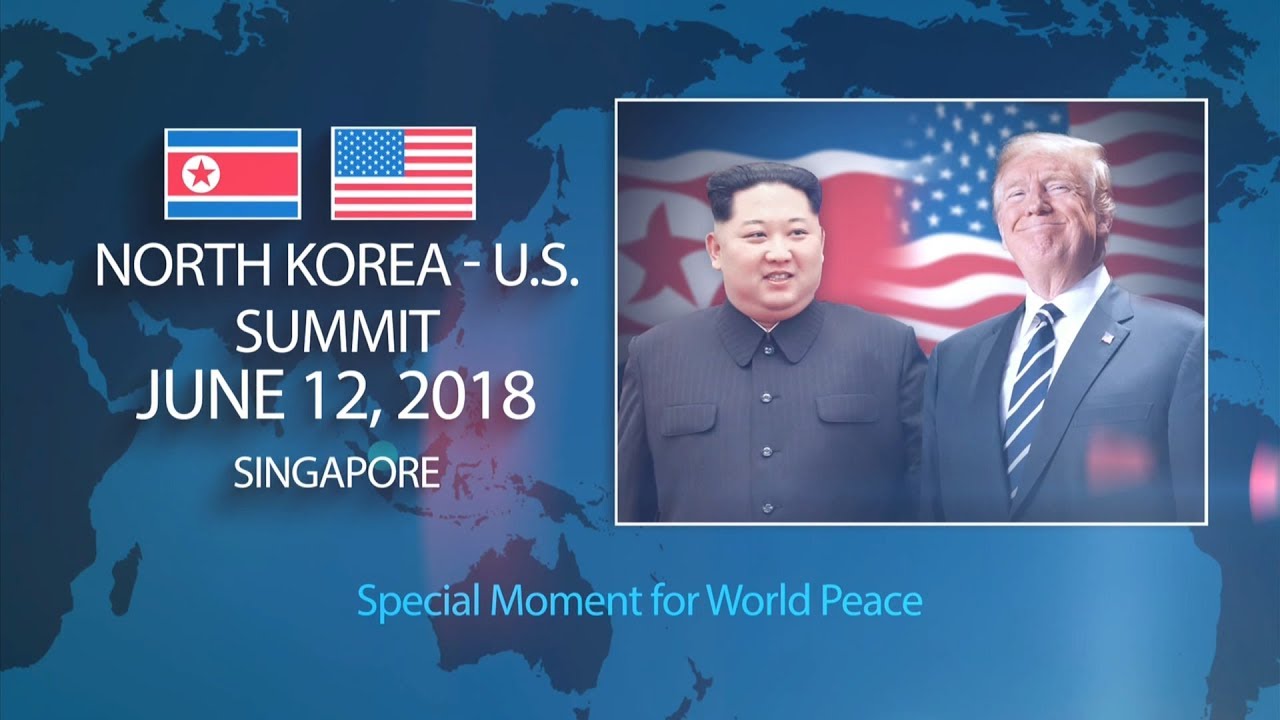 3.) The current economic sanctions against N Korea will remain in place.

4.) The subject of human rights was never broached with regards to N Korea. The US president declared that he didn’t want side issues to detract from the goal of N Korea agreeing to future dismantling of its nuclear arsenal. (This policy is a departure from his complaints against the 2015 Ira Nuclear deal.)

5.) President Trump was effusive in his praise for the N Korean Leader Kim Jong-un.

6.) The results of this summit have been underwhelming but there is a positive note, “we the people” of the USA, S Korea and Japan have a reprieve from worry about the possibility of imminent war with N Korea.

There is no comparison between the crafting of the 2015 Iran Nuclear deal and the 2018 outline of an agreement between the US and N Korea. The 2015 Iran Nuclear deal was the culmination of 10 years of hard work which included the buy-in of other participating countries along with a robust verification process. This is what President Trump walked away from while he promotes this 2018 200 word statement which is being sold as an agreement between two parties, the USA and N Korea. Frankly, the US Secretary of State Mike Pompeo will be basically starting from scratch while N Korea has yet to even appoint its negotiator.

Here are photos from Singapore.

“The summit meeting was the first of its kind between a sitting American president and a leader of North Korea, and it ended in a joint statement that opened the door to ending seven decades of hostility between the two countries.”

“Mr. Trump said at a news conference that the United States would stop “the war games,” in what appeared to be a concession to the North. Mr. Trump said the exercises were expensive and “very provocative.”

“In their joint statement, the United States “committed to provide security guarantees.” In exchange, Mr. Kim “reaffirmed his firm and unwavering commitment to complete denuclearization of the Korean Peninsula.”

• “The two leaders first met privately for less than an hour in a one-on-one session with interpreters present, before breaking off for a larger meeting and then a working lunch with aides.”

• “The leaders signed their joint statement, in which the United States committed to providing guarantees of security to North Korea in exchange for denuclearization.

• “We had a historic meeting and decided to leave the past behind,” Mr. Kim said as he and Mr. Trump signed the joint statement, adding, “The world will see a major change.”

“Mr. Trump was similarly optimistic about the progress they achieved, saying, “We are going to take care of a very big and very dangerous problem for the world.”

“In the joint statement, Mr. Trump “committed to provide security guarantees” to North Korea. Mr. Kim “reaffirmed his firm and unwavering commitment to complete denuclearization of the Korean Peninsula.”

“But the statement was short on details and did not lay out potential next steps or a timetable. The joint statement was not immediately released to reporters, but it was legible in a photo of Mr. Trump holding it up at the ceremony.”

“The statement said the two nations would hold “follow-on negotiations” led by Secretary of State Mike Pompeo and a high-level North Korean official “at the earliest possible date, to implement the outcomes” of the summit meeting.”

“The statement also said the two nations would “join their efforts to build a lasting and stable peace regime” on the divided Korean Peninsula, meaning talks to reduce military tensions that could eventually lead to a formal peace treaty to end the Korean War.”

“At the end of their meeting, Mr. Kim pledged to destroy a missile-engine testing site, Mr. Trump told reporters, in what he characterized as a last-minute decision that was not included in the joint agreement.”

“I got that after we signed the agreement,” Mr. Trump said of the concession. “I said, ‘Do me a favor; we’ve got this missile-engine testing site. We know where it is because of the heat.’ It’s incredible the equipment we have, to be honest with you.” 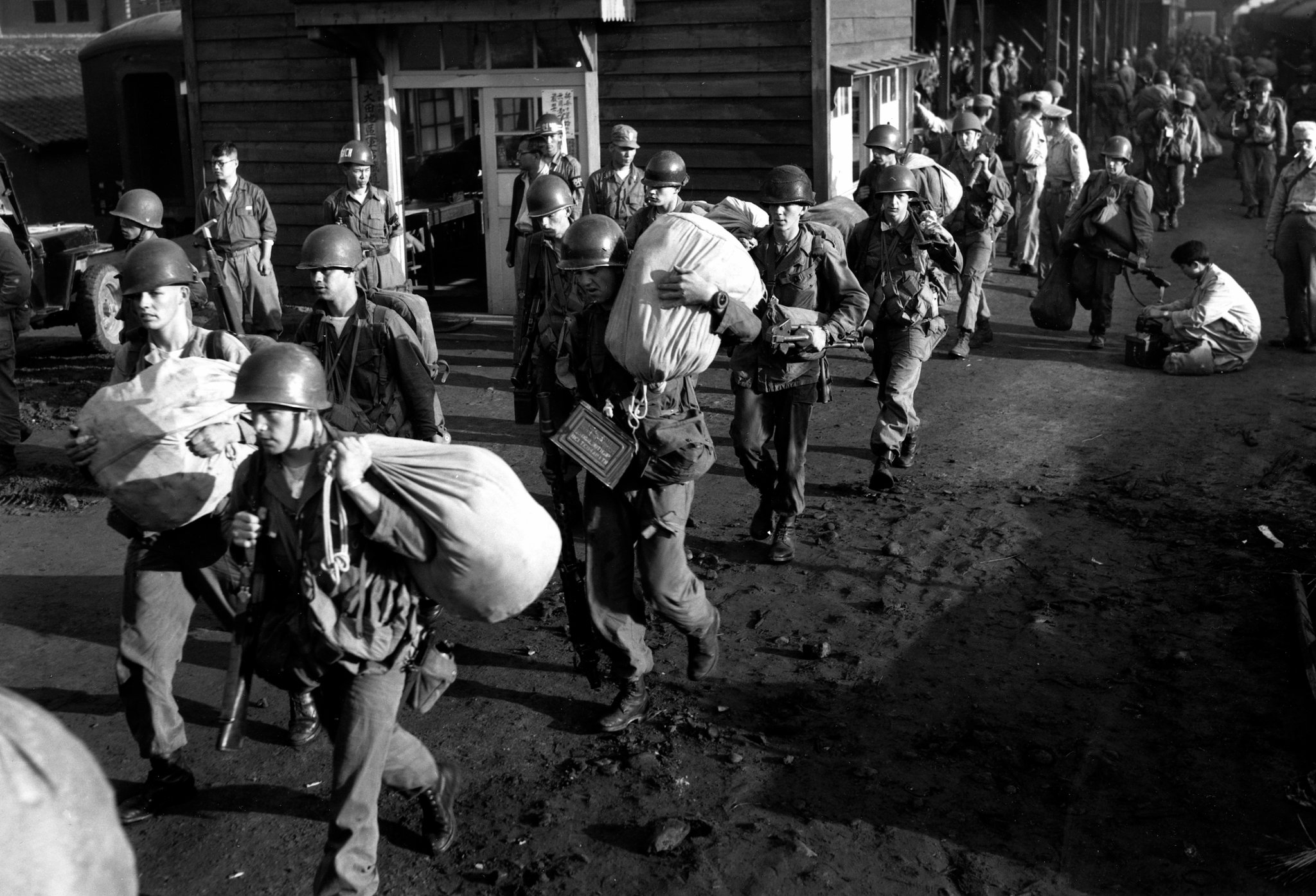 “The joint statement signed by both leaders said their two countries were committed to recovering and repatriating the remains of soldiers who were designated captured or missing at the end of the conflict in 1953.”

“Of the 82,000 American service members still missing from the wars of the past century, 7,702 are from the Korean War, according to the Defense POW/MIA Accounting Agency, which is responsible for recovering missing personnel from around the world.” 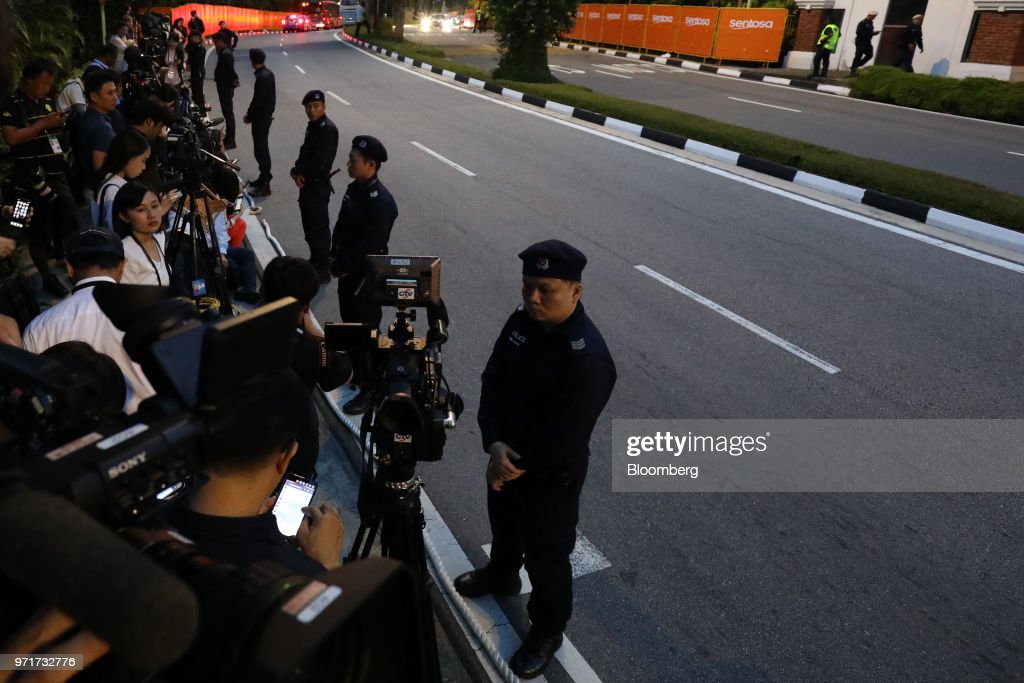 “An estimated 120,000 South Korean troops and police officers are also unaccounted for in the Korean War.”

“Mr. Trump, in his post-meeting news conference, said he had received “countless calls and letters” from family members asking him to discuss the issue with Mr. Kim, and that Mr. Kim had agreed to the request “so quickly.”

“The remains will be coming back,” Mr. Trump said. “They’re going to start that process immediately.”

“President Moon Jae-in of South Korea celebrated the meeting’s outcome, calling it “a historic event that has helped break down the last remaining Cold War legacy on earth.”

“I pay my high compliments for the courage and determination of the two leaders, President Trump and Chairman Kim, not to settle for that outdated and familiar reality but to take a daring step towards change,” Mr. Moon said.”

“Once again, I would like to pay my respects to President Trump, who achieved a feat that no one else has ever delivered,” he said.”

“But Mr. Trump’s statement that he was suspending joint military exercises with South Korea stunned many South Koreans. The annual exercises have been an integral part of the alliance with the United States that forms the bulwark of South Korea’s defenses against the North.”

“The South Korean Defense Ministry issued a curt statement saying that it was trying to determine Mr. Trump’s intentions.”

“I think nobody can doubt the extremely unique and important role China has played,” said Wang Yi, the foreign minister.”

“Mr. Wang may have been so pleased because of Mr. Trump’s decision to suspend military exercises on the Korean Penninsula.”

“China floated that idea last year, suggesting the North suspend its weapons program in exchange for an end to American military exercises.”

“Chinese experts on North Korea, however, were underwhelmed by the summit meeting’s outcome.”

“Well below my expectation,” Cheng Xiaohe of Renmin University said of the joint statement. “Full of empty talk that has already been said before. So far Trump has failed to prove himself a dealmaker.”