Pope Paul Francis, who has long pressed for strong climate action and wrote his 2015 encyclical on the environment, has been trying to change the hearts and minds of those resistant to this message including his holding a forum at the Vatican where he took the time to talk to oil executives in June 2018.

He has said “We need an exchange that unites us all, because the environmental challenge we are experiencing, and its human roots, regards us all, and affects us all.”

“You kind of expect popes to talk about spiritual stuff, kind of the way you expect chefs to discuss spices or tree surgeons to make small talk about overhanging limbs.”

“Which is why it was so interesting this week to hear Pope Francis break down the climate debate in very practical and very canny terms, displaying far more mathematical insight than your average world leader and far more strategic canniness than your average journalist. In fact, with a few deft sentences, he laid bare the hypocrisy that dominates much of the climate debate.”

“The occasion was the gathering of fossil fuel executives at the Vatican, one of a series of meetings to mark the third anniversary of Laudato Si, his majestic encyclical on global warming. The meetings were closed, but by all accounts big oil put forward its usual anodyne arguments: any energy transition must be slow, moving too fast to renewable energy would hurt the poor by raising prices, and so forth.”

“In response, Francis graciously thanked the oil executives for attending, and for “developing more careful approaches to the assessment of climate risk”. But then he got down to business. “Is it enough?” he asked. “Will we turn the corner in time? No one can answer that with certainty, but with each month that passes, the challenge of energy transition becomes more pressing.” Two and a half years after the Paris climate talks, he pointed out, “carbon dioxide emissions and atmospheric concentrations of greenhouse gases remain very high. This is disturbing and a cause for real concern.” Indeed.”

“What’s really “worrying”, though, “is the continued search for new fossil fuel reserves, whereas the Paris agreement clearly urged keeping most fossil fuels underground”. And in that small sentence he calls the bluff on most of what passes for climate action among nations and among fossil fuel companies. Yes, Donald Trump notwithstanding, most countries have begun to take some steps to reduce demand for energy over time. Yes, oil companies have begun to grudgingly issue “climate risk reports” and divert minuscule percentages of their research budgets to renewables.” 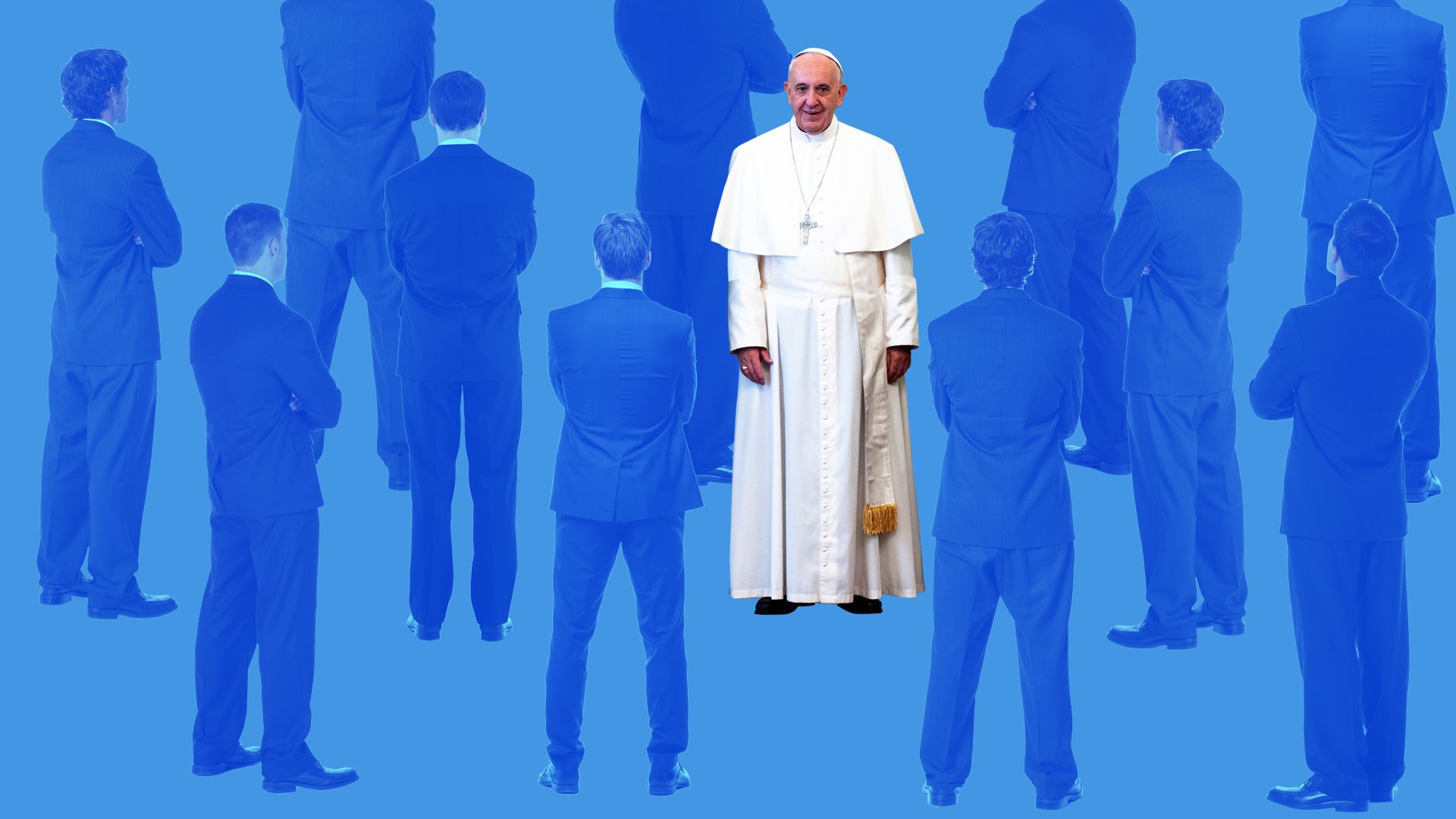 “In fact, as Francis points out, it’s not just that these companies and countries are committed to digging up the reserves they currently have. Even more insanely, they’re out there exploring for more. Companies like Exxon devote billions and billions of dollars to finding new oil fields, even though we have far more oil than we could ever safely burn.” 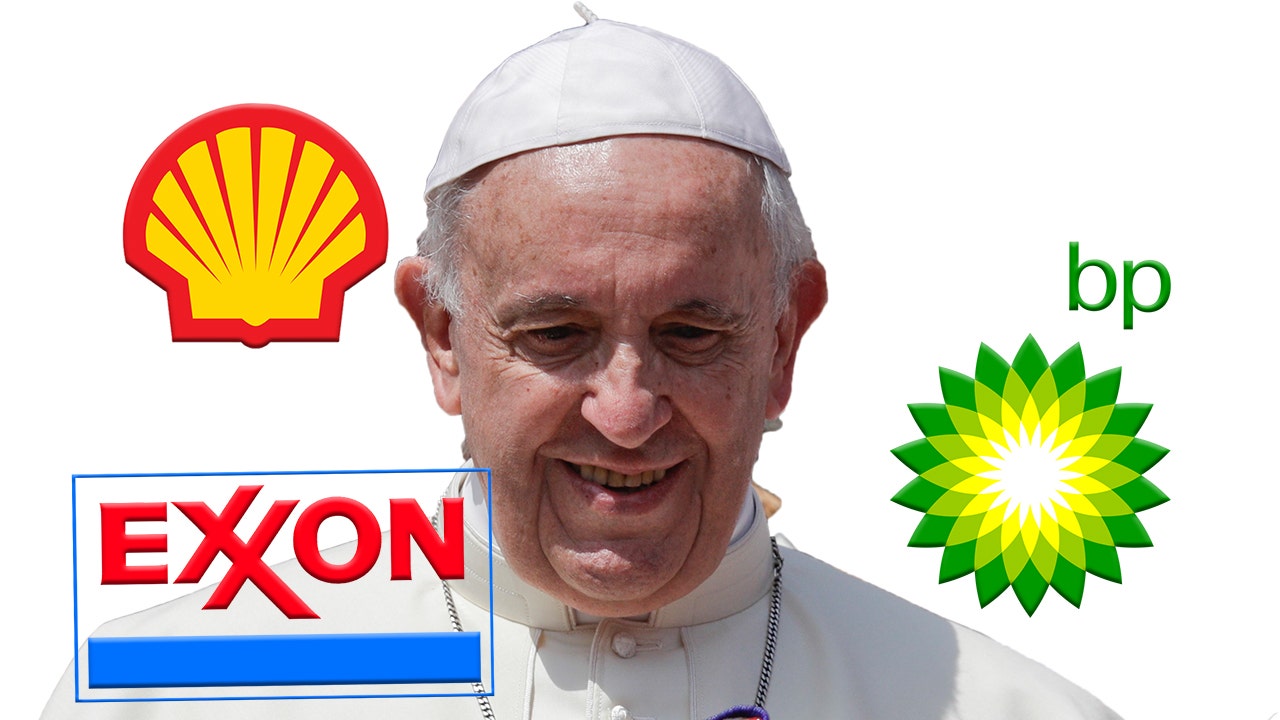 “All of this is morally wrong, as Francis points out. “Decisive progress cannot be made without an increased awareness that all of us are part of one human family, united by bonds of fraternity and solidarity. Only by thinking and acting with constant concern for this underlying unity that overrides all differences, only by cultivating a sense of universal intergenerational solidarity, can we set out really and resolutely on the road ahead,” he says.”

“Which is great – it’s the job of religious leaders to remind us to think beyond our own self-interest.” 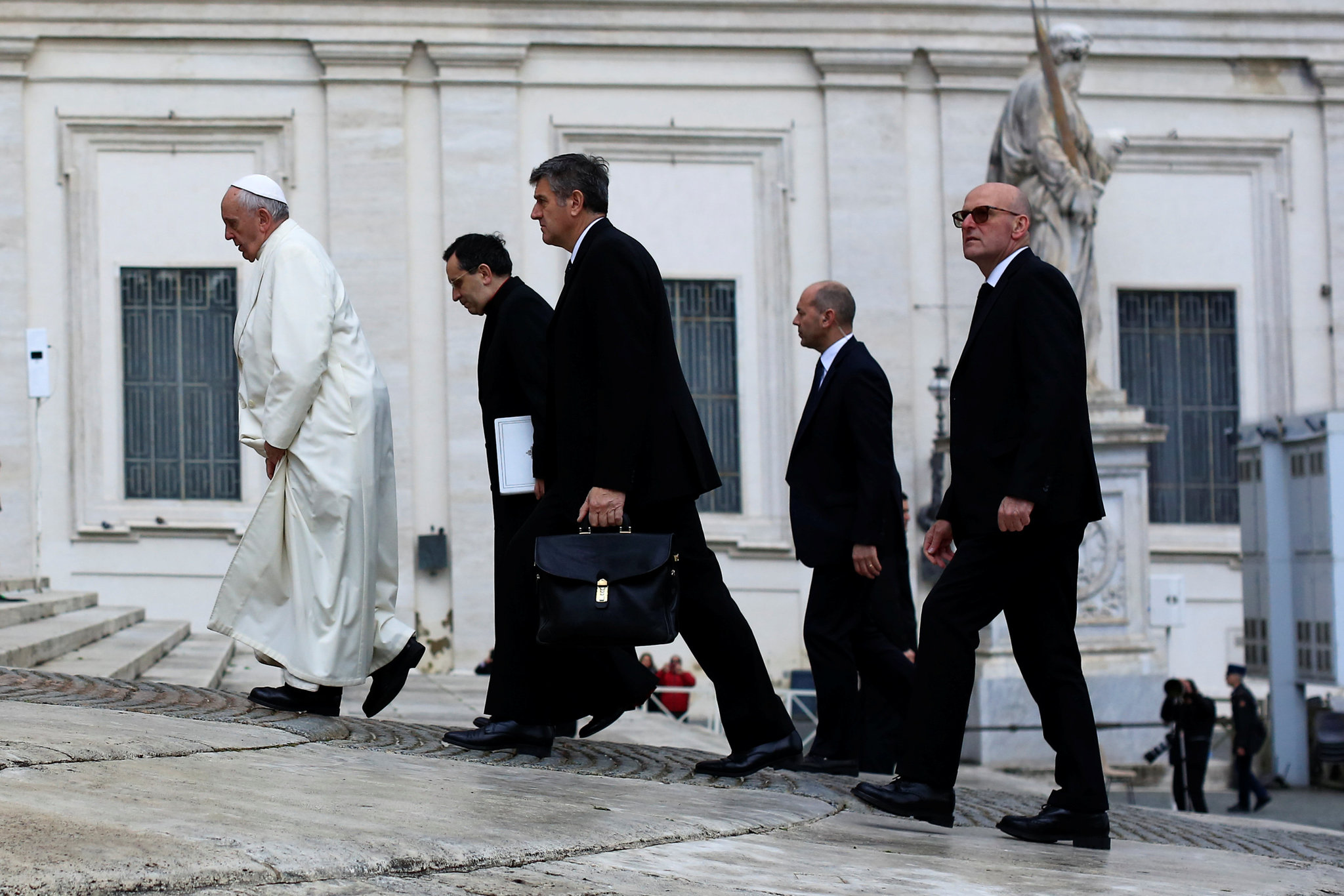 “But Francis also understands that our current approach makes no mathematical sense. We can’t have a nice, slow, easy transition because we can’t put barely any more carbon in the atmosphere. We must solve the problem of energy access for the poor by using renewables, not fossil fuel, because “our desire to ensure energy for all must not lead to the undesired effect of a spiral of extreme climate changes due to a catastrophic rise in global temperatures, harsher environments and increased levels of poverty”. Above all, we’ve got to pay as much attention to actual reality as we do to political reality: “Civilization requires energy, but energy use must not destroy civilization!”

“It’s odd to have the pope schooling energy executives on the math of carbon. But actually, no odder than NFL quarterbacks schooling politicians on racial injustice, or high school kids schooling a nation on the danger of guns. Amid the unprecedented wave of nonsense coming from DC, it’s good to remember that there are still people of all kinds able to pierce through the static and the shouting. Good common sense speaks even more loudly when it comes from unexpected corners.”