Roger Stone, the former business partner of Paul Manafort (who is now in jail) knows that he is also in the hot seat with regards to the FBI’s Trump Russia probe being led by the Special Counsel Robert Mueller III. In June 2018, Mr Stone let it slip in a CNN TV interview that he did have a conversation with a Russian operative in May 2016 which is counter to all his previous denials of never having any contacts with Russians during the republican President Donald Trump’s 2016 campaign.

News reports indicate that Mr. Stone had been motivated by an associate Michael Caputo who had already been interviewed by the FBI where he had been shown text messages between him and Mr. Stone referencing a conversation with a Russian operative Henry Greenberg (aka Henry Oknyansky) who in the past had also been an informant for the FBI. But Mr. Greenberg claims that he had parted ways with the FBI in 2013.

To date, there are a total of 11 peoples associated with the president’s 2016 campaign who had interactions with Russian officials. How does the president get away with the mantra of “no collusion” with all these contacts by his team members and Russian representatives?

“One day in May 2016, Roger Stone — the political dark sorcerer and longtime confidant of Donald Trump — slipped into his Jaguar and headed out to meet a man with a Make America Great Again hat and a viscous Russian accent.” 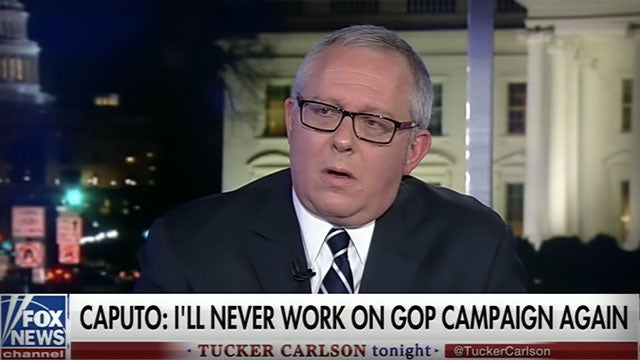 “The man, who called himself Henry Greenberg, offered damaging information about Hillary Clinton, Trump’s presumptive Democratic opponent in the upcoming presidential election, according to Stone who spoke about the previously unreported incident in interviews with The Washington Post. Greenberg, who did not reveal the information he claimed to possess, wanted Trump to pay $2 million for the political dirt, Stone said.”

“You don’t understand Donald Trump,” Stone recalled saying before rejecting the offer at a restaurant in the Russian-expat magnet of Sunny Isles, Fla. “He doesn’t pay for anything.” 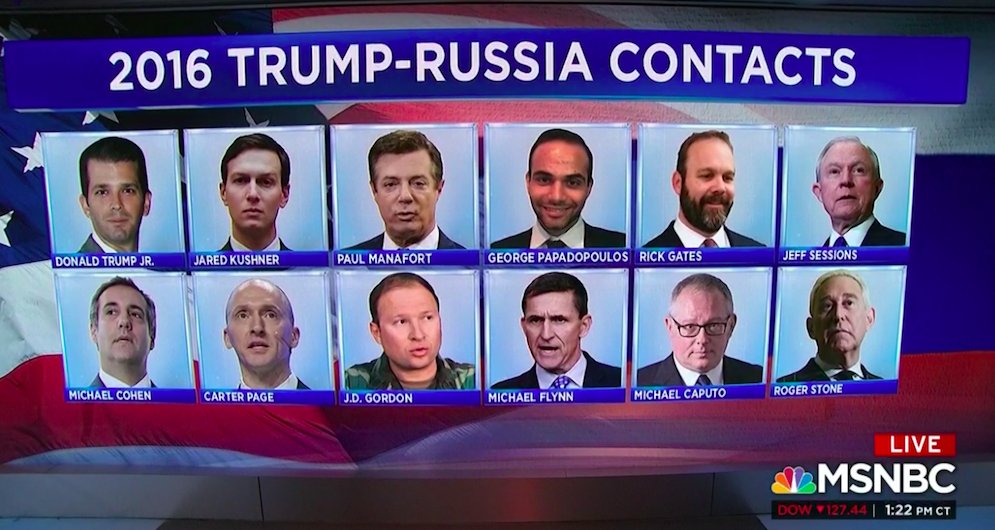 “How crazy is the Russian?” Caputo wrote according to a text message reviewed by The Post. Noting that Greenberg wanted “big” money, Stone replied: “waste of time.” “Two years later, the brief sit-down in Florida has resurfaced as part of special counsel Robert S. Mueller III’s sprawling investigation of Russian interference in the 2016 presidential campaign. Caputo said he was asked about the meeting by prosecutors during a sometimes-heated questioning session last month.”

“Stone and Caputo, who did not previously disclose the meeting to congressional investigators, now say they believe they were the targets of a setup by U.S. law enforcement officials hostile to Trump.”

“They cite records — independently examined by The Post — showing that the man who approached Stone is actually a Russian national who has claimed to work as an FBI informant.”

“Interviews and additional documents show that Greenberg has at times used the name Henry Oknyansky. Under that name, he claimed in a 2015 court filing related to his immigration status that he had provided information to the FBI for 17 years. He attached records showing that the government had granted him special permission to enter the US because his presence represented a “significant public benefit.”

“There is no evidence that Greenberg was working with the FBI in his interactions with Stone, and in his court filing, Greenberg said he had stopped his FBI cooperation sometime after 2013.”

“Greenberg, in text messages with The Post, denied that he had been acting on the FBI’s behalf when he met with Stone.“

“It came in the same time period as other episodes in which Russian interests approached the Trump campaign. A few weeks earlier, Trump campaign foreign policy adviser George Papadopoulos was told in London that the Russians had dirt on Clinton. And it was two weeks before the sit-down between Donald Trump Jr. at Trump Tower with a Russian lawyer who he had been told could offer information that would hurt Clinton as part of a Russian government effort to help his father.” 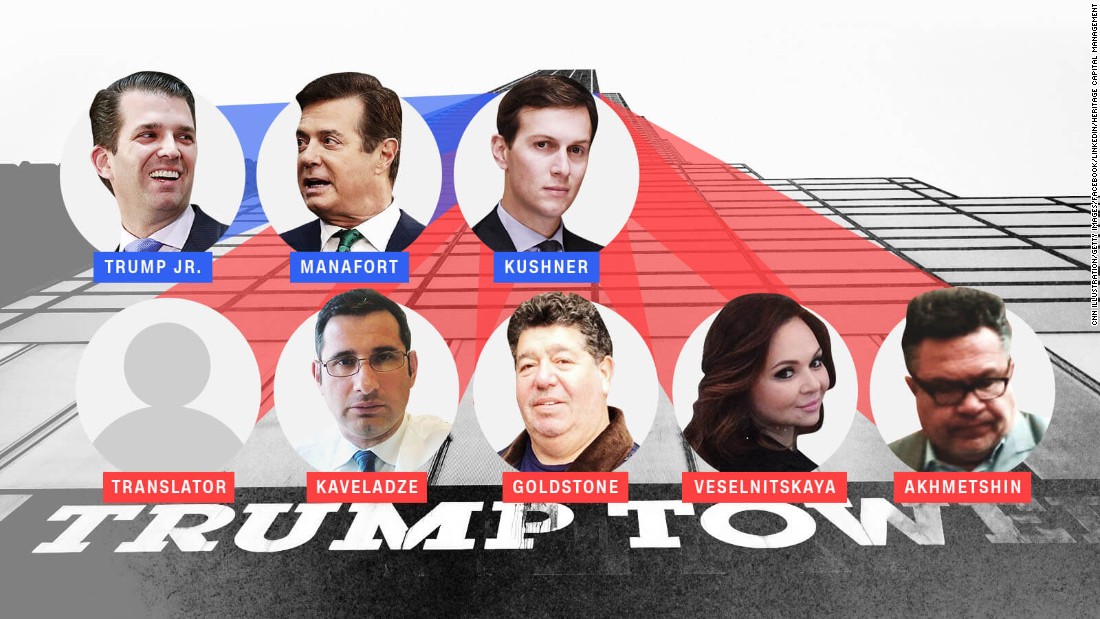 “Trump and his allies have said the meetings were inconsequential and there was no collusion.”

“Stone and Caputo’s interactions with Greenberg mean that at least 11 Trump associates or campaign officials have acknowledged interactions with a Russian during the election season or presidential transition. Those interactions have become public in the year and a half since a Trump spokeswoman (Hope Hicks) said no one associated with the campaign had communications with Russians or other foreign entities.”

“It is not clear how seriously investigators are taking the Florida meeting. Caputo said prosecutors during his interview seemed to have intense interest in the interaction as well as the role of Greenberg.”

“Later, in text messages to a Post reporter, Greenberg changed his story (of denial), acknowledging that he’d met with Stone and providing a skeletal account of the encounter that matched Stone’s in some ways. Unprompted, Greenberg used essentially the same language as Stone to describe Stone’s reaction: “Trump will never pay for anything.”

“Stone said Greenberg was alone at the meeting. But Greenberg said he was accompanied by a Ukrainian friend he identified only as Alexei, who he said had been fired from a job with the Clinton Foundation, a global charitable organization founded by Hillary Clinton’s husband, former president Bill Clinton. Greenberg provided no evidence the man had worked for the Clinton Foundation, and a foundation spokesman said the group has never employed a man with the first name of Alexei.”

“He was very upset, and he wants to tell his story,” Greenberg said in a text.”

“Greenberg denied that he asked for money, saying that it was his friend who spoke with Stone.”

“Trump and his allies previously accused the FBI of unfairly targeting his campaign following revelations that another FBI informant, Cambridge University professor Stefan A. Halper, approached Papadopoulos and 2 other campaign advisers starting in July 2016 to gather information about their possible ties to Russia.”

“If you believe that [Greenberg] took time off from his long career as an FBI informant to reach out to us in his spare time, I have a bridge in Brooklyn that I want to sell you,” Caputo said in an interview.”

“In a separate interview, Stone said: “I didn’t realize it was an FBI sting operation at the time, but it sure looks like one now.”

“The Florida meeting adds another layer of complexity to Stone’s involvement in the Russia probe. For months, as several of Stone’s employees and associates have been subpoenaed or have appeared before the Mueller grand jury, it has been clear that the special counsel has been scrutinizing repeated claims by Stone that he communicated with WikiLeaks via a back-channel source before the group’s 2016 release of hacked Democratic Party emails.”

“Stone has said it’s possible he will be indicted, speculating that Mueller might charge him with a crime unrelated to the election to silence him. He said he anticipates that his meeting with Greenberg could be used in an attempt to pressure him to testify against President Trump.”

“Last year, in a videotaped interview with The Post, Stone denied having any contacts with Russians during the campaign.” 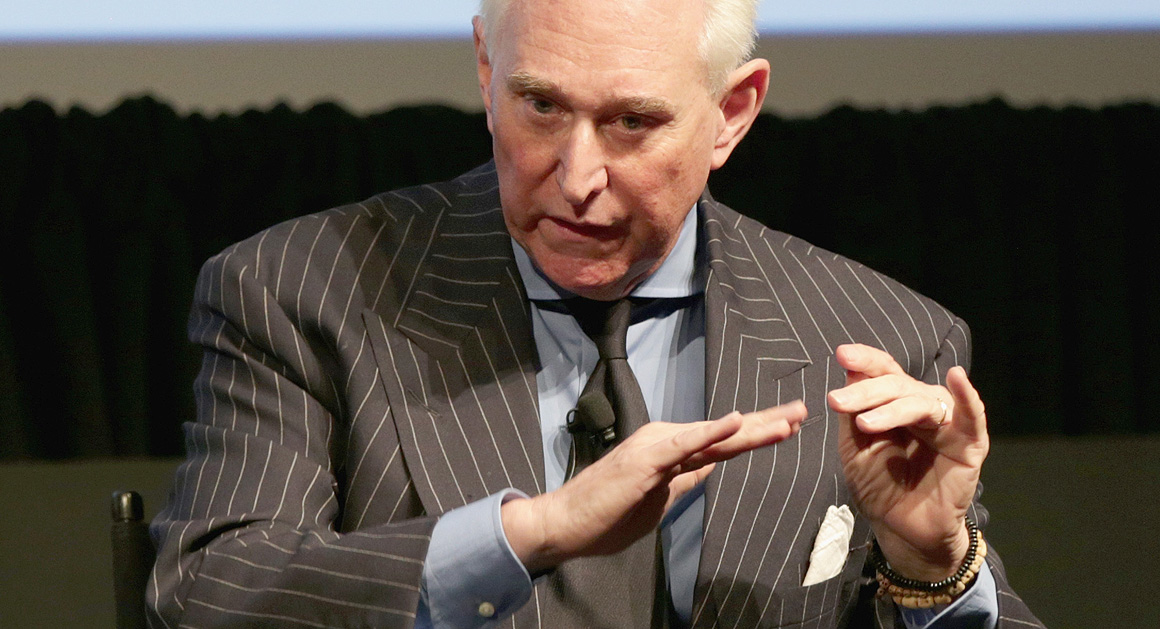 “I’ve never been to Russia. I didn’t talk to anybody who was identifiably Russian during the two-year run-up to this campaign,” he said. “I very definitely can’t think of anybody who might have been a Russian without my knowledge.”

“Stone and Caputo said in separate interviews that they also did not disclose the Greenberg meeting during testimony before the House Permanent Select Committee on Intelligence because they had forgotten about an incident that Stone calls unimportant “due diligence” that would have been “political malpractice” not to explore.”

“Caputo said that he was asked during a session with the committee in July whether he’d ever been offered information about the Clinton campaign by a Russian, and he either answered “no” or that he could not recall.”

“However, Stone and Caputo said their memories were refreshed by text messages that Caputo said he no longer has in his possession but was shown during a May 2 interview.”

“But, like so much of the drama swirling around the 2016 election, its roots lie far away from American ballot boxes — in the Russian capital of Moscow.”

See: [Who is the FBI source who assisted the Russia investigation?]