Our US allies have every right to be worried that the republican President Donald Trump is planning to bring a wrecking ball to the upcoming July 2018 NATO summit in Brussels, Belgium, right before he heads out for his July 16th tete-a-tete with the Russian President Vladimir Putin.

Another highly experienced, well respected US diplomat of 33 years bites the dust. The US Ambassador to Estonia announced his retirement on the 29th of June 2018 because of a string of controversial comments that President Trump made about U.S. allies in Europe. Ambassador James D. Melville Jr.,  has said that he he believes “in the U.S. support for the European Union and NATO to his “marrow.”

On June 29, 2018, Robbie Gramer of Foreign Policy penned the following report, “U.S. Ambassador to Estonia Resigns in Disgust After Trump Anti-Europe Rants” (“James Melville is the latest in a string of career diplomat resignations over Trump’s comments and policies.”)

“The U.S. ambassador to Estonia, James D. Melville Jr., a career diplomat and member of the senior foreign service ranks, announced to friends Friday that he was resigning amid a string of controversial comments President Donald Trump made about U.S. allies in Europe.” 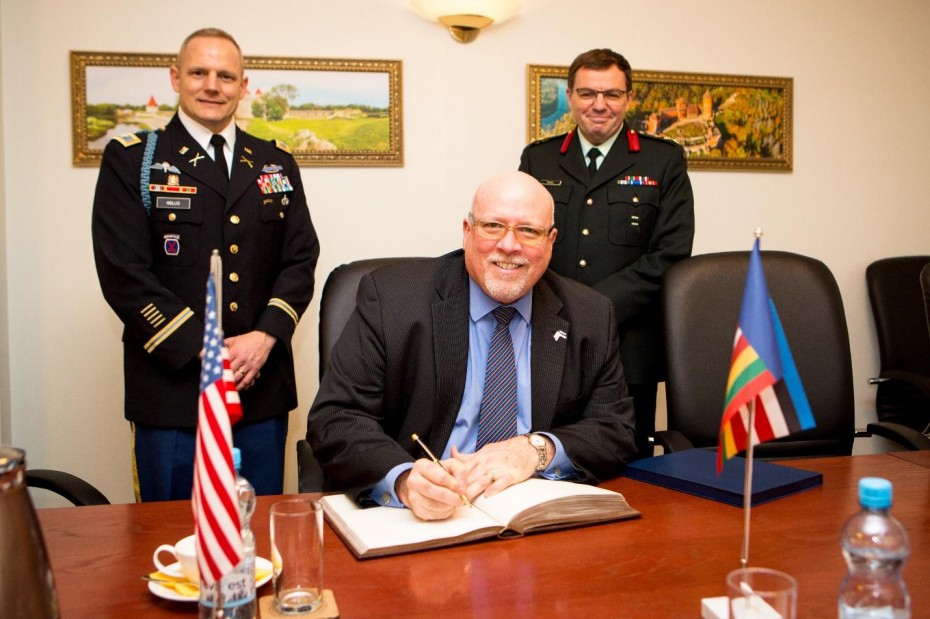 “Melville, who has served as a diplomat for 33 years and as ambassador to Estonia since 2015, was due to retire soon but said in a private Facebook post announcing his retirement  that Trump’s behavior and comments accelerated his decision.”

“A Foreign Service Officer’s DNA is programmed to support policy and we’re schooled right from the start, that if there ever comes a point where one can no longer do so, particularly if one is in a position of leadership, the honorable course is to resign. Having served under six presidents and 11 secretaries of state, I never really thought it would reach that point for me,” he wrote in the post, which was obtained by Foreign Policy.”

“For the President to say the EU was ‘set up to take advantage of the United States, to attack our piggy bank,’ or that ‘NATO is as bad as NAFTA’ is not only factually wrong, but proves to me that it’s time to go,” he wrote, citing Trump’s reported comments in recent weeks that have unnerved U.S. allies.”

“The post surprised several State Department officials who worked with Melville, describing him as a consummate professional who never let domestic politics impact his job.”

“The resignation comes ahead of a pivotal NATO summit, where the United States’ closest historic allies fear that Trump will lambast them and further isolate Washington from its allies after heated disputes over trade, defense spending issues, and the U.S. exit from the Iran nuclear deal. Allies fear that the optics of Trump trashing allies in Brussels, followed by a meeting in Finland with Russian President Vladimir Putin, will undercut an already anemic trans-Atlantic partnership.”

“Melville said he believed in the U.S. support for the European Union and NATO to his “marrow.”

“I leave willingly and with deep gratitude for being able to serve my nation with integrity for many years, and with great confidence that America, which is and has always been, great, will someday return to being right,” he added. He said his last day on the job would be July 29, even though the Trump administration has yet to name a replacement. (Trump last month quietly withdrew the name of Edward Masso to be ambassador, though did not explain why.)

“Melville is one of many senior U.S. diplomats who have resigned — some quietly, some not — because of Trump’s policies. In December 2017, for example, the U.S. ambassador to Panama, John Feeley, resigned and several months later wrote an op-ed for the Washington Post slamming the president and his foreign-policy stances. Elizabeth Shackelford, a rising star in the diplomatic corps in Africa, quit with a scathing resignation letter, also obtained by FP, deriding Trump and former Secretary of State Rex Tillerson for what she saw as their disdain of U.S. diplomacy.”

“It means a lot when someone whose had it all in their career just says, ‘I can’t do this any longer,’” one senior State Department official said of Melville’s retirement. “I just wonder who’s next.”

[One diplomat’s stinging resignation letter offers a glimpse into declining morale at the State Department under Trump.]