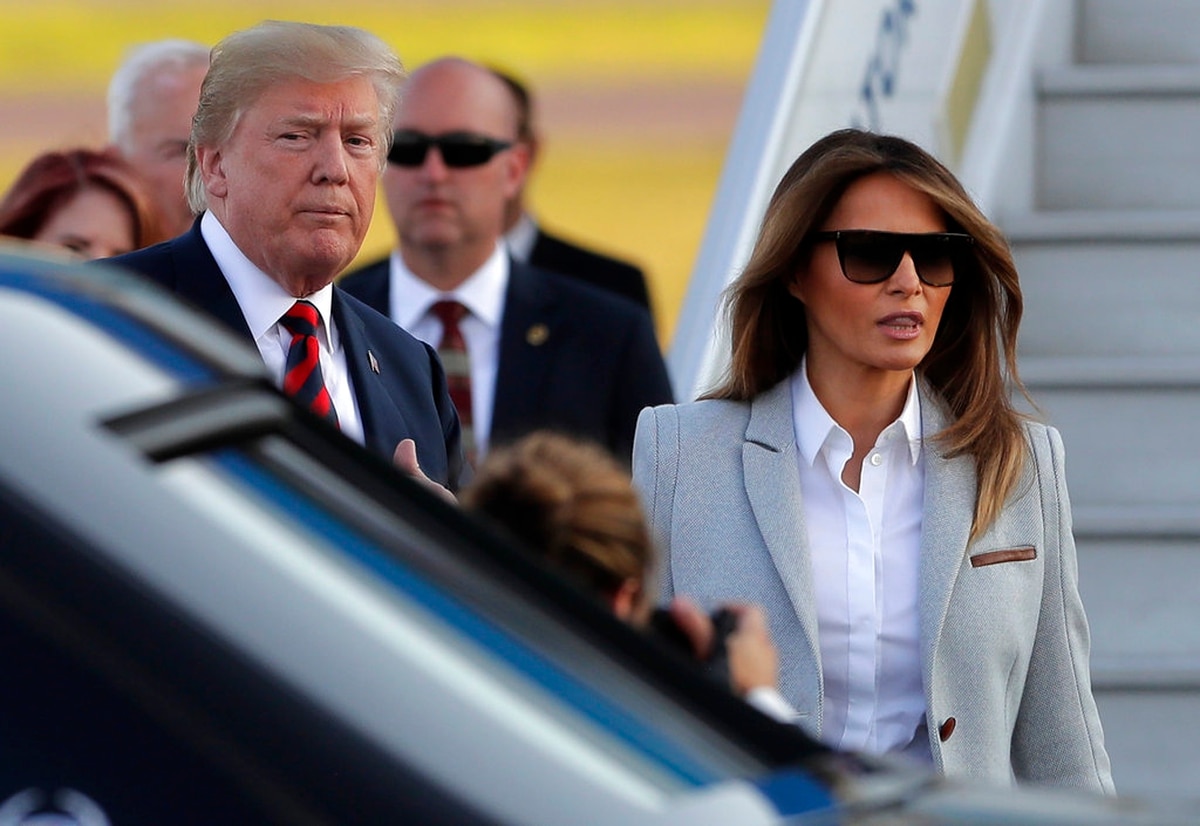 Update: President Trump has been in the bi-lateral meeting with the Russia President Putin for about 2 hours and 10 minutes. Both did have interpreters present.

The Russian president has been shunned from the world stage because of his actions like the 2014 unprovoked invasion and illegal annexation of Crimea, Ukraine; the poisoning of peoples in the UK; his support of the brutal Syrian leader Bashar-al-Assad who has gassed his own peoples; and for managing a full throttle attack in US politics, especially during the 2016 US presidential elections; his interference in the politics of other countries; and let’s not forget the shooting down of the Malaysian airlines in 2014.

The questions is, why did the republican President Donald Trump continue to insist on executing his plan to have his tete-a-tete with the Russian President Putin on the 16th of July 2018 in Helsinki, Finland, despite the US Deputy Attorney General Attorney Rod Rosenstein having announced on the 13th of July, that the US department of Justice had filed indictments against 12 Russian GRU operatives for having interfered with the 2016 US election in order to effect the outcome in favor of Mr. Trump? There is conflicting reporting as to whether or not, there will even be translators in the one-to-one meeting between the two presidents who will be conversing with no note-takers or witnesses present.

President Trump can no longer live in that reality TV world where his discounting of Russia’s full throttle attack on the US presidential elections infrastructure in 2016 isn’t viewed with suspicion. He is supposed to be defending this country, the USA, as per his oath of office instead of rewarding our attacker. Russia”s President Vladimir Putin with a ticket to the world stage.

Why is the US President turning his back on the US national security interests?

On July 15, 2018, Charles Blow penned the following op-ed piece, “Trump, Treasonous Traitor” (“The president fails to protect the country from an ongoing attack.”)

“Put aside whatever suspicions you may have about whether Donald Trump will be directly implicated in the Russia investigation.”

“Trump is right now, before our eyes and those of the world, committing an unbelievable and unforgivable crime against this country. It is his failure to defend.”

“The intelligence community long ago concluded that Russia attacked our election in 2016 with the express intention of damaging Hillary Clinton and assisting Trump.”

“And it was not only the spreading of inflammatory fake news over social media. As a May report from the Republican-run Senate Intelligence Committee pointed out:”

“In 2016, cyber actors affiliated with the Russian Government conducted an unprecedented, coordinated cyber campaign against state election infrastructure. Russian actors scanned databases for vulnerabilities, attempted intrusions, and in a small number of cases successfully penetrated a voter registration database. This activity was part of a larger campaign to prepare to undermine confidence in the voting process.”

“And this is not simply a thing that happened once. This is a thing that is still happening and will continue to happen. As Director of National Intelligence Dan Coats told the committee in February, “Persistent and disruptive cyberoperations will continue against the United States and our European allies using elections as opportunities to undermine democracy.” As he put it, “Frankly, the United States is under attack.”

“The Robert Mueller investigation is looking into this, trying to figure out what exactly happened in 2016, who all was involved, which laws where broken and who will be charged and tried.”

That investigation seems to be incredibly fruitful. According to Vox’s tally:

“Special counsel Robert Mueller’s team has either indicted or gotten guilty pleas from 32 people and three companies — that we know of. That group is composed of four former Trump advisers, 26 Russian nationals, three Russian companies, one California man, and one London-based lawyer. Five of these people (including three former Trump aides) have already pleaded guilty.”

Twelve of those indictments came last week with a disturbingly detailed account of what the Russians did. As The New York Times put it:

“From phishing attacks to gain access to Democratic operatives, to money laundering, to attempts to break into state elections boards, the indictment details a vigorous and complex effort by Russia’s top military intelligence service to sabotage the campaign of Mr. Trump’s Democratic rival, Hillary Clinton.”

“Whether or not Trump himself or anyone in his orbit personally colluded or conspired with the Russians about their interference is something Mueller will no doubt disclose at some point, but there remains one incontrovertible truth: In 2016, Russia, a hostile foreign adversary, attacked the United States of America.”

“We know that they did it. We have proof.”

“And yet Trump, the president whom the Constitution establishes as the commander in chief, has repeatedly waffled on whether Russia conducted the attack and has refused to forcefully rebuke them for it, let alone punish them for it.”

“In March, the White House, under pressure from Congress, seemed to somewhat reluctantly impose some sanctions on Russia for its crimes. As CNN reported that month, Congress almost unanimously passed the Countering America’s Adversaries Through Sanctions Act last summer, “hoping to pressure Trump into punishing Russia for its election interference.” But as the network pointed out:”

“Trump signed the bill reluctantly in August, claiming it impinged upon his executive powers and could dampen his attempts to improve ties with Moscow.”

“Instead, Trump has repeatedly attacked the investigation as a witch hunt.”

“Now Trump is set to pursue just such a relationship as he meets one-on-one with the Russian president, Vladimir Putin, on Monday in Finland. As Trump said earlier this month at a rally:” 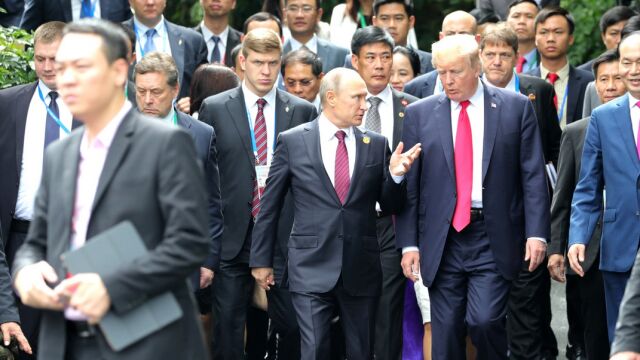 “Actually, none of this is fine. Trump should be directing all resources at his disposal to punish Russia for the attacks and prevent future ones. But he is not.”

“America’s commander wants to be chummy with the enemy who committed the crime. Trump is more concerned with protecting his presidency and validating his election than he is in protecting this country.”