A Blog Participant Has Been Exposed And Banned / Russian Troll

I have invited a fellow blogger Xena of Blackbutterfly7.wordpress.com who has been a mentor to me from the beginning of my blogging adventures, to write this particular post. I am immensely grateful that over the years, she has been kind enough to keep an eye out on my account, as I am a true computer greenhorn.

Around the end of July 2018, she did discover that I have been the victim of a Russian troll, 1EarthUnited who had been liberally commenting on my posts.

See: How to Spot a Russian Troll | Time

I’ll let Xena tell the rest of this story……

Hello good people on Gronda’s blog.  This is Xena and I’m humbly honored to be ask to write this. It’s not intended to be a bashing post but rather, an informative post so that we do our part in preventing having our blogs used to promote Russian propaganda intended to influence us against our Democratic Republic.

Most blog administrators don’t like banning people from commenting on their blog unless they are making personal attacks.  There are other reasons to ban, however.

There are certain disruptive patterns that overtime, raise suspicion.  Without jumping to conclusions or becoming paranoid, it’s best for the administrator to bring such behavior to the person or persons and give a warning before reaching the final option of banning.  When the warned individual responds passive-aggressively, patronizes and uses personal characteristics in their defense, it should raise a red flag.  From my own experiences, most people who respond in that manner will only find another way of doing the same thing(s) they were warned about.

There has been a participant here, and while she portrays herself as nice and respectful, she simply changes her method to continue the same behavior.

Gronda is open and patient with those with opposing views.  She welcomes them as long as they are respectful and do not make personal attacks.  Gronda also is discerning and strong-minded, standing her ground and supporting her views.  A time comes however, when enough is enough, and a person has to be banned from this blog. 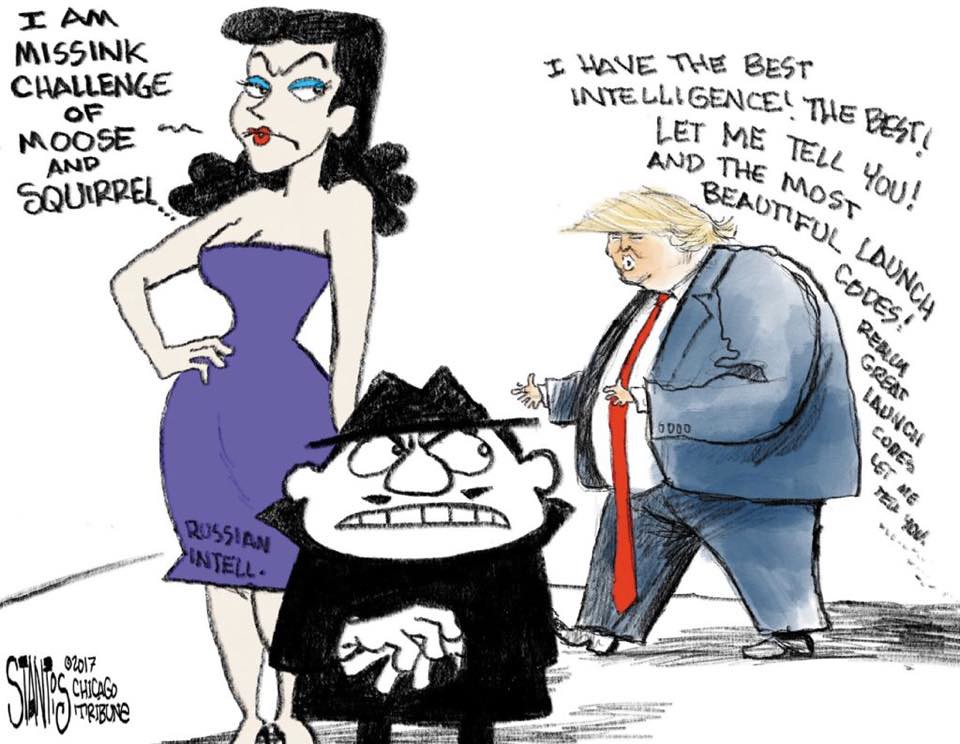 1EarthUnited has not been banned for having opposing views.  Rather she has been banned for demonstrating methods and behavior that can be construed as that of a Russian troll.  Please be aware that not all Russian operatives are located in Russia.  There are such, like Maria Butina, right on American soil.

This is studied behavior.  More than a decade ago, I spoke with a former head of an FBI office who retired and went into private investigation.  (He is now deceased.) He was very instrumental in sharing with me the methods of cultist behavior, which knowledge he obtained by experience through his work.   In controlled groups where people are told what to say to influence others, the same methods apply regardless if they are religious or non-religious cults.   They also have to report back for further instructions when it appears that their targets are not reacting as anticipated.  This can often result in having the same person sound or act like someone else.

The first thing is for them to gain your trust.  The next step is that have more access to you.   On blogs, it means increasing the number of comments they post and often, making them longer. The next step is to bait, often with questions, in order to obtain more information that they can then use to remind you what you said previously as a reason for why you should agree to think and/or do what they want now.

Another reason for baiting is with hope of having the person open-up to sharing more about their personal life, such as where they live.   The Russian operatives can then focus more on specific local politicians or issues that are geographical.

Before I go further, let me say that it was because of another blogger and friend, years ago, that I learned the intentions behind the actions of putting numerous links in comments or ONLY submitting comments with a link.   This is NOT posting off-topic comments and saying they are off topic.  It’s NOT posting a comment and including a link that has more information or expounds on the comment, or compliments the post.

A friend helped me to understand what was happening on my blog.  He introduced it plainly — it’s intended to commandeer your blog.   He said that seldom do they read beyond the title of the post.  If they do read the post, they are merely skimming for something so they can search for opposing material that they can then post the link to in a comment.   People now use various devices to access the internet and not all devices open links in separate taps or windows.  When and if that’s the case, then a reader clicking the link is taken from the blog and might not find their way back, even if they intended to pickup where they left off in reading other comments.

Of her last comments posted on this blog, 1EarthUnited included six links in one comment.  In her subsequent comment, she posted four links.  In words, she was not verbally disrespectful to Gronda’s wishes and warnings, but she was disrespectful in her behavior.

1EarthUnited has her own blog.   It’s tag line is “Uniting the world, One love at a time.” The posts are contrary to the tag line and it does not appear that she writes anything herself.  Either there are numerous writers for her blog, or they are copies and pastes from other sources.  They are not reblogs.  The subjects fall in line with Russian propaganda.  The most noticeable thing is that she does not write on her blog what she was writing in her comments.  Speaking of which …

As 1EarthUnited turned to posting longer comments, they mostly consisted of copies and pastes from elsewhere written by someone else.

I hope you have found this to be informative.  Indeed, if Gronda trusted 1EarthUnited to email her about her banning, she would have done that rather than go public.   No blog administrator should trust emailing suspected persons, whether cyber trolls or Russian operatives.  Since 1EarthUnited has been banned and cannot post comments, I do ask that no comments are posted about her specifically.