aside President Needs To Be Held More Accountable For Touting Foreign VS. Domestic Terrorism We the people who are part of the “coalition of the decent” know full well that the vast majority of individuals convicted of terrorism and terrorism-related offenses since 9/11 did not come here from outside of our country but have been domestic (home grown US terrorists) who are guilty of this honor.

Here are three credible sources published in 2015 which attest to this fact and so the republican President Donald Trump should not have gotten away with the below statement saying otherwise in a speech before a  joint session of Congress on 2/28/17.

See: Most terrorist attacks in the US are committed by Americans/ VOX

See: Most Of America’s Terrorists Are White, And Not Muslim | HuffPost /2017

On July 31, 2018, Benjamin Wittes of LawFare penned the following report, “The Justice Department Finds ‘No Responsive Records’ to Support a Trump Speech”

According to data provided by the Department of Justice, the vast majority of individuals convicted of terrorism and terrorism-related offenses since 9/11 came here from outside of our country.”

Donald Trump, speech before a joint session of Congress, Feb. 28, 2017

‘It isn’t every day that the Department of Justice acknowledges formally that the president of the United States lied in a speech to Congress. But that’s how I read a letter I received a few days ago from the department’s Office of Information Policy in connection with one of my Freedom of Information Act suits against the department.”

“No, the Justice Department letter does not come out and say what it clearly means: that President Trump, early in his tenure, was untruthful both about the role of foreigners in terrorism and terrorism-related crimes and about Justice Department data on the subject.”

“But that is what the letter says if you read between the lines.” 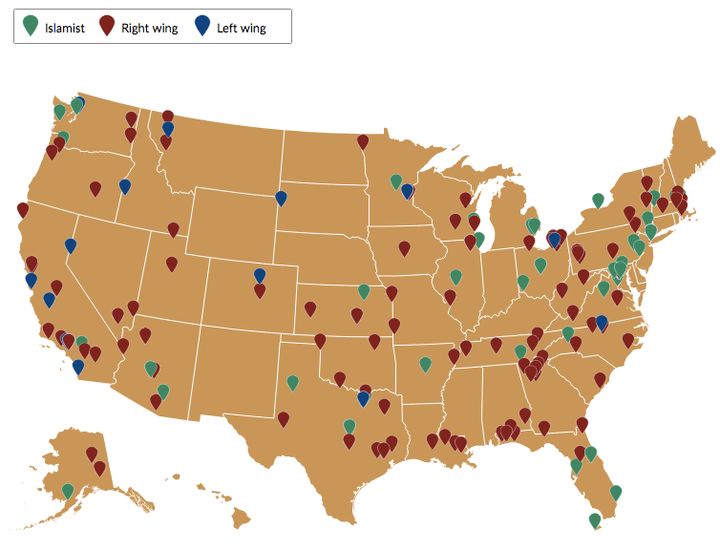 “To understand the significance of this letter, let’s go back to Trump’s first address to Congress, in February 2017. The new president made the striking claim quoted above: “According to data provided by the Department of Justice, the vast majority of individuals convicted of terrorism and terrorism-related offenses since 9/11 came here from outside of our country.”

“I did not believe those words were true when Trump spoke them, for a variety of reasons. For one thing, the Justice Department does not keep data at a systematic level on where criminal defendants were born. For another thing, there are a lot of domestic terrorism cases, and they are generally not committed by people born abroad. To the extent that those cases are excluded—white supremacist violence, anti-abortion terrorism and militia violence—the inquiry is grossly biased. To the extent that such cases are included, one would have to analyze a raft of data that I didn’t know the department kept in a comprehensive fashion.”

“Responding to the speech, in a series of articles published on Lawfare, Nora Ellingsen and Lisa Daniels carefully evaluated the president’s claims. Examining a public list of international terrorism cases released by the Justice Department’s National Security Division (NSD), Ellingsen and Daniels concluded that it simply wasn’t accurate to say that a “vast majority” of individuals on that list “came here from outside our country”—“unless, that is, you include individuals who were forcibly brought to the United States in order to be prosecuted and exclude all domestic terrorism cases.”

“Ellingsen and Daniels’s analysis led me to conclude that Trump was lying about the supposedly high number of terrorism convictions involving foreign-born defendants. And just as important, he was probably also lying about whether career Justice Department officials at NSD—who are not the kind of people to distort facts for partisan ends—provided him with any data to support his claim.”

“So in April of last year, I filed two FOIA requests. I asked for any records supporting the president’s claim before Congress, along with any records “relating to the nationality or country of origin of individuals convicted of terrorism-related offenses”; correspondence between the Justice Department and the White House related to that data; and correspondence related to preparation for and reaction to the February 2017 joint address. When the department did not respond, I filed a lawsuit.”

“In February of this year, I received 57 pages of material from the National Security Division in response to the request—specifically, the portion of the lawsuit concerning communications within and originating from NSD. From the documents, Ellingsen and I were able to reconstruct a partial picture of the origins of the president’s spurious claim. To boil it down, NSD had provided data on international terrorism prosecutions only, not domestic ones. Both NSD and the FBI emphasized the limitations of this data. The Justice Department explicitly warned the White House that the data did not “include convictions related solely to domestic terrorism.” And the FBI noted that “database checks are limited in their ability to accurately identify a date/place of birth.”

In other words, having been advised that the dataset contained critical omissions, that data about naturalized citizens probably contained “gaps or errors,” and that the data dealt only with international terrorism cases—not domestic ones—the president and his administration nonetheless crafted the misleading statement that appeared in his first address to Congress. What’s more, in January of this year, the president again   mis-characterized the data in a tweet promoting a report by the Justice Department and the Department of Homeland Security:

New report from DOJ & DHS shows that nearly 3 in 4 individuals convicted of terrorism-related charges are foreign-born. We have submitted to Congress a list of resources and reforms….

….we need to keep America safe, including moving away from a random chain migration and lottery system, to one that is merit-based. https://www.dhs.gov/publication/executive-order-13780-protecting-nation-foreign-terrorist-entry-united-states-initial …

Executive Order 13780: Protecting the Nation From Foreign Terrorist Entry Into the United States…

On March 6, 2017, President Donald J. Trump issued Executive Order 13780, Protecting the Nation from Foreign Terrorist Entry into the United States, which declared that “it is the policy of the…

“But the material we received in February included only NSD records. It did not include material from the rest of the department. What if, say, someone in the attorney general’s office had other data? NSD, after all, doesn’t handle domestic terrorism matters. Perhaps someone elsewhere had assembled the domestic terrorism data and data about all terrorism cases and it was that dataset that supported the president’s words.”

“That brings me to the letter I received, days ago.”

“A number of weeks ago, the Justice Department and my lawyers—Larry Schwartztol and Justin Florence of Protect Democracy—agreed to simplify the remaining searches to facilitate resolution of the case. ”