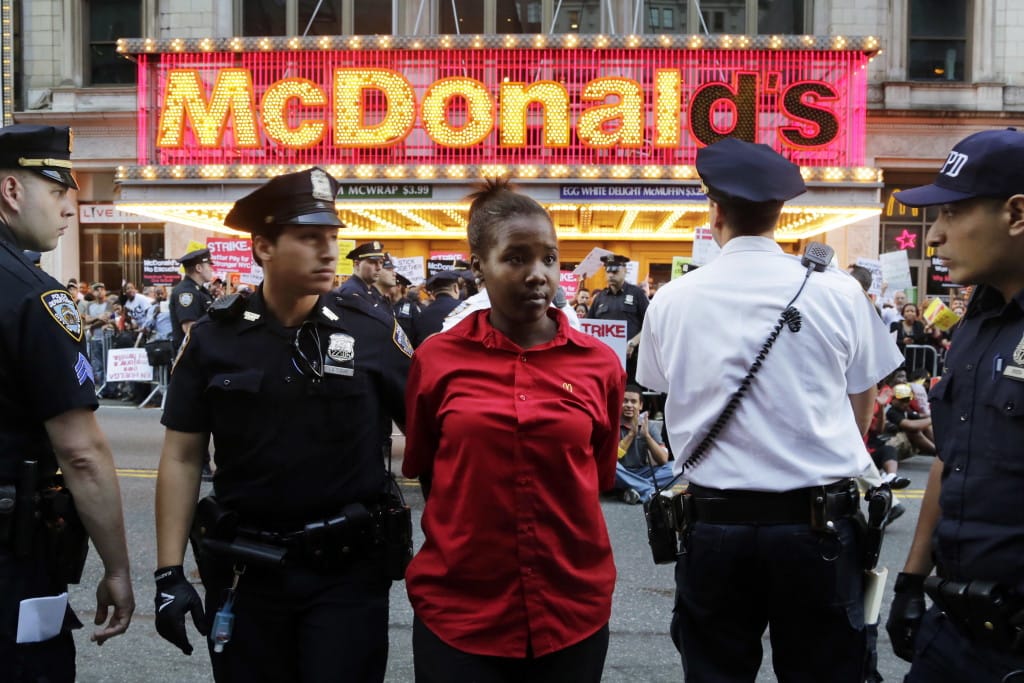 Income inequality has been increasing in the US for at least three decades. Good hard working Americans haven’t seen a real pay increase beyond the rate of inflation in years.

It is time for democrats to launch an education campaign for the voters without ever mentioning words like Republican Party, President Trump or immigration. Peoples need to know why their pay checks have been stagnant for years.

There are solutions but you can bet and probably even imagine what they are, but then you can also predict with 100% accuracy, that CEOs (and Republicans) won’t like them, like for example, reinstating the higher top income tax rate, and allowing a company’s shareholders to have more influence in setting CEO pay.

“The American economy is booming — especially if you’re a CEO.

Earnings for the top executives at America’s largest companies skyrocketed in 2017, while wages for the average worker hardly budged.”

“CEOs for the 350 largest US companies earned an average pay of $18.9 million in 2017, a sharp 17 percent increase from the previous year, according to a new study by the left leaning Economic Policy Institute. These estimates include salaries, bonuses, restricted stock grants, cashed-in company stock, and other forms of compensation for chief executives at those firms. Meanwhile, wages for the average US worker grew a paltry 0.2 percent during that time.”

There are many theories for why CEOs are swimming in money (which I will get to in a bit). But more importantly, this study suggests that income inequality, which has exploded in recent decades, shows no signs of slowing down. And here’s the worst part: The massive income gap in 2017 doesn’t even include the windfall CEOs are reaping from the Republican tax bill, so it’s safe to say it’s a problem that is going to get worse.”

How CEO income ballooned over the last 20 years

“Chief executives at America’s largest companies don’t get paid the way the average workerdoes. Beyond a set salary, CEOs’ compensation packages include other forms of income, such as bonuses, company stock options, and long-term incentive payouts, which can vary based on performance and the status of the stock market.”

“There are a few different ways for economists to measure how much CEO earn in a given year, which can fluctuate a lot if they decide to sell some of their shares in company stock that year. Researchers at EPI use two measures to calculate average CEO pay each year, and both estimates show that 2017 was a great year was for them.”

“The first measure includes realized stock income, or money a CEO earned from selling shares of company stock that year. That figure tends to change along with the stock market — in a year when the stock market is doing well, CEOs are more likely to sell their shares. They were pretty high in 2017, so that’s one big reason CEO pay jumped by 17 percent that year, according to the study.”

“The second measure of CEO pay is less tied to volatility in the stock market, and gives a better sense of long-term trends. It focuses on stock options granted, which represents the value of the stock when it was awarded to an executive, not the value when they decided to sell it. By this measure, CEO pay increased a more modest amount from the previous year: 1.7 percent, with an average income of $13.3 million in 2017. That’s less shocking than the first pay estimate, but it still reflects a large income gap. Even by this conservative measure, CEO pay was 221 times higher than the average worker’s.” 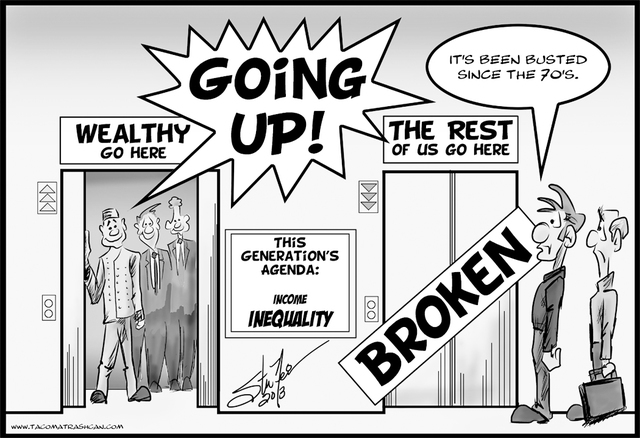 “No matter how you look at the numbers, one thing is quite clear: since the 1990s, the average annual income of top executives has exploded, while the average worker’s has barely climbed.”

Here is a chart showing how CEO pay has skyrocketed since the 1990s. It peaked in 2000, took a downturn during the Great Recession, and now its on its way back up. 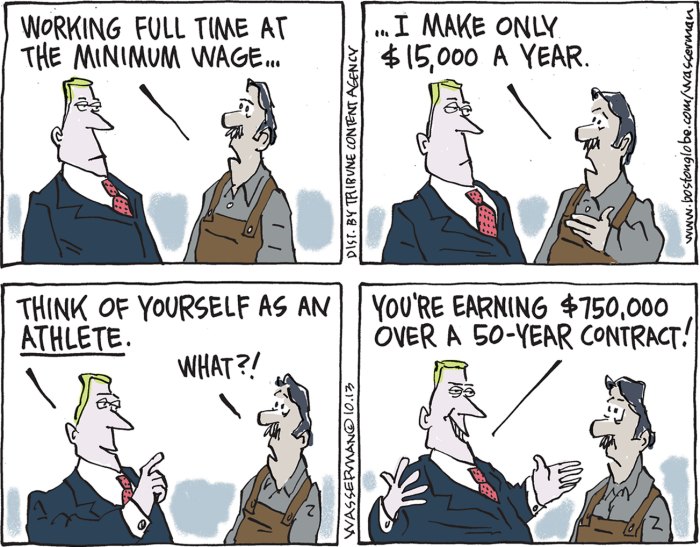 Economists have different theories for why CEOs are making so much money. Some say it’s a reflection of their skills and market value, others believe it’s because they have too much power in setting their own pay. Both may play a role, but there is another theory, which I think is more persuasive: Starting with the Reagan tax cuts passed the 1980s, CEOs have more incentive than ever to inflate their pay.

“Consider that for much of the post–World War II era, paying your CEO a lot of money didn’t make much sense because the government would simply tax it all away. Top marginal tax rates on income were above 90 percent. President Ronald Reagan’s tax cuts sent those top rates tumbling, and so a CEO who could negotiate a much bigger salary could also keep a much bigger salary.”

“Capital gains tax rates, which tax income earned from stocks, have also plummeted since then.”

“The new study on CEO pay, by economists Lawrence Mishel and Jessica Schieder, is released every year by EPI, and each year, the findings are disturbing: the income gap between the average US worker and the wealthiest earners in the United States is immense, and just keeps growing.”

“It’s true that excessive CEO pay isn’t solely responsible for the growing income gap in the United States. But economists say it was a major reason why the share of income earned by the top 1 percent doubled from 1979 to 2007. They point out that CEO pay has grown faster than corporate profits, and faster than overall gains in the stock market.”

“The authors of the study have a few suggestions about policies to reverse this trend.” 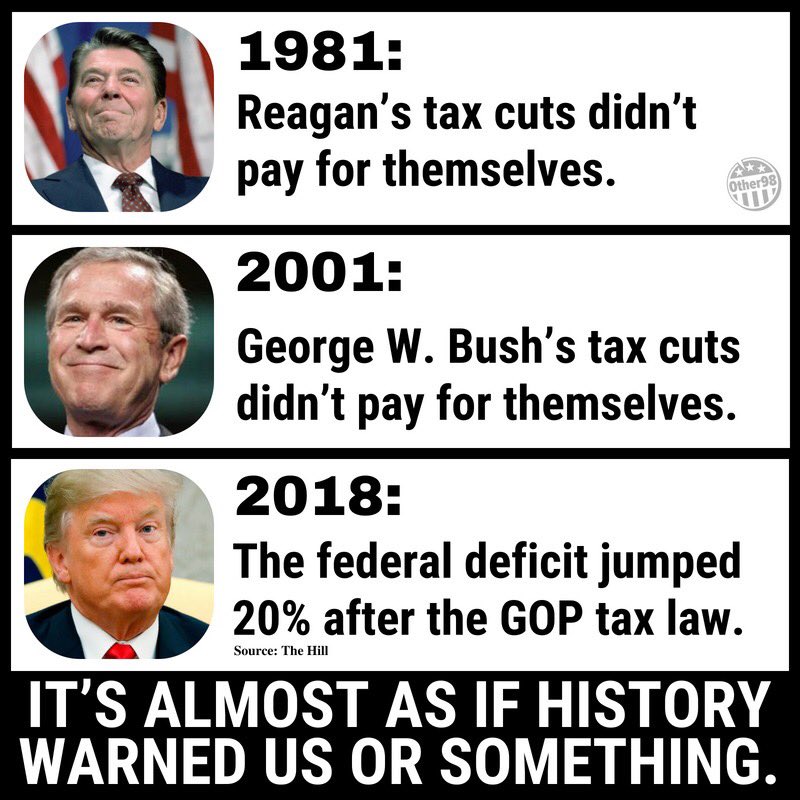