What else can the republican President Donald Trump think of to muddy the reputation of the USA on the world’s stage? Try the US not funding foreign aid dollars to designated countries that we’ve already approved.

On August 17, 2018, Carol Morello and Karoun Demirjian of the Washington Post penned the following report, “Trump administration is considering pulling back $3 billion in foreign aid”

“The Trump administration is considering taking back more than $3 billion in foreign aid that Congress already approved, in a move that senators from both parties are calling questionably legal and promising to resist.”

“The Office of Management and Budget (OMB) instructed the State Department and the U.S. Agency for International Development earlier this month to provide a balance sheet of foreign aid projects that have not yet been funded. Unless Congress intervenes, the money may be returned to the U.S. Treasury at the end of fiscal year on Sept. 30.”

“A scramble is on to allocate the money before the administration announces the expected change, which would freeze the billions of dollars left.”

“In his previous two budgets, President Trump proposed steep cuts to foreign aid, but Congress restored them. Lawmakers from both parties view the last-minute move as a backdoor attempt to get the cuts, despite their objections, before they can do anything about them.”

“The OMB memo, which was read to The Washington Post, said the administration plans to target expiring international assistance funds considered “unnecessary.”

“If Congress fails to take action to release the funds, they will remain on hold until the end of the fiscal year . . . then be returned to the Treasury,” the memo says.

“An administration official declined to comment, saying, “We do not comment on alleged leaks and will not discuss deliberative and pre-decisional information.”

“With the House out of session until after Labor Day, and the Senate set to consider the nomination of a Supreme Court justice next month, it is unlikely that lawmakers will find time to stave off a politically charged change — particularly in the weeks before the midterm elections.”

“Sen. Robert Menendez (D-N.J.), the top Democrat on the Senate Foreign Relations Committee, said in an interview Thursday that if the administration goes ahead with its plans and Congress cannot stop them, he will seek to stall Trump’s nominees — further raising the stakes of the move, especially for a State Department beleaguered by vacancies.”

“We’ll have to push back,” Menendez said in an interview. “Or retaliate by holding up all nominations.”

“The potential rescissions are shaping up to be a major test for Secretary of State Mike Pompeo, who took office in April vowing to restore “swagger” to the State Department and improve morale, which has plummeted in the Trump administration. Pompeo met last week Mick Mulvaney, the OMB director, according to administration officials, but it was unclear whether he had any success in arguing for fewer cutbacks.”

“It is not unusual for large chunks of money to be unspent as the fiscal year winds to a close. This year, the amount could top $3 billion, according to officials who have been told about it, out of almost $40 billion in foreign aid funding. Because a rescission package is still a work in progress, no specific programs have been identified as targets. Administration officials said the package includes an aid package for Syria, the West Bank and Gaza.”

“There are also concerns about the precedent that this would set for unobligated spending elsewhere in the budget, particularly in areas where Congress and the administration have clashed over spending priorities.” 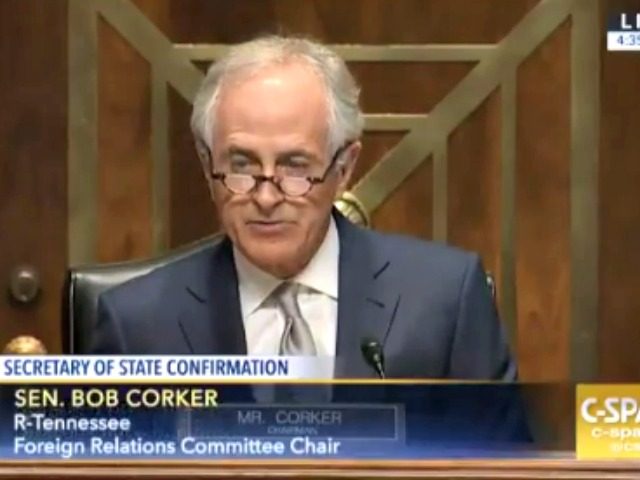 “It would be a step of bad faith,” Senate Foreign Relations Committee Chairman Bob Corker (R-Tenn.), a frequent critic of Trump, said in an interview Thursday.”

“The OMB’s plans would exploit a loophole in the Congressional Budget and Impoundment Control Act, which says the administration may freeze for 45 days any funding that Congress has authorized but not yet been obligated, or spent. Congress passed the Impoundment Act in 1974 as a way of pushing back against then-President Richard Nixon, who was freezing budgeted funds instead of spending them.”

“Normally, Congress would have to approve proposed cuts within the 45-day window for them to take effect. But the Impoundment Act does not address how to handle rescissions less than 45 days away from the end of the fiscal year.”

“That has led members to question the legality of the move.”

“I don’t know how they can do that legally,” Corker said Thursday at a confirmation hearing for David Hale, nominee to be the under secretary of state for political affairs. “We certainly look forward to seeing how to counter that if that’s the case,” he added.

Menendez also suggested that the administration’s move might break the law.

“And if it does so and does so under a time frame under which Congress under the law cannot act which I think would be illegal to do,” he said at the same hearing. “That will have consequences.”

“But practically speaking, the move would put members of Congress in a nearly impossible crunch, as the only way to prevent the administration from carrying out such plans would be to devote scant floor time to stopping them. A foreign aid-focused bill is also likely to be politically controversial, particularly in the weeks before an election that could threaten the GOP’s majority stronghold in both houses of Congress.”

See: Here are the countries that receive the most foreign aid from the US/ ABC.net.au ..

See: U.S. foreign aid: A waste of money or a boost to world stability? /LATimes.