The Analysis of how the “Big Whopper” or “the Big Lie,” not to be confused with tall fish tales, evolved over time as told by the republican President Donald Trump:

Here’s the rest of the story as detailed by the fact checker, Glenn Kessler…

On the 22nd of August 2018, Glenn Kessler, fact checker for the Washington Post penned the following analysis, “Not just misleading. Not merely false. A lie.”

“The first denial that Donald Trump knew about hush-money payments to silence women came four days before he was elected president, when his spokeswoman Hope Hicks said, without hedging, “We have no knowledge of any of this.”

“The second came in January of this year, when his attorney Michael Cohen said the allegations were “outlandish.” By March, 2 of the president’s spokesmen — Raj Shah and Sarah Huckabee Sanders — said publicly that Trump denied all the allegations.  Even Cohen’s attorney, David Schwartz, got in on the action, saying the president “was not aware of any of it.”

“It’s now clear that the president’s statement was a lie — and that the people speaking for him repeated it.”

“One of the distinguishing characteristics of Donald Trump’s presidency has been his loose relationship with facts. As of the beginning of this month, The Washington Post’s Fact Checker had documented 4,229 false or misleading claims from the president — an average of nearly 7.6 a day.”

“Trump’s allies have defended the president by suggesting that facts are debatable. Early in his presidency, one aide famously said he was operating with “alternative facts.” On Aug. 19, Trump attorney Rudolph W. Giuliani declared: “Truth isn’t truth.”

“How to characterize Trump’s statements has become its own pitched political battle, with many of the president’s critics demanding that they be called “lies.” The Fact Checker has been hesitant to go that far, as it is difficult to document whether the president knows he is not telling the truth.”

“On Aug. 22, Sanders said during a White House briefing that it was “a ridiculous accusation” to say the president has lied to the American people.”

“But this week’s guilty plea by Cohen offers indisputable evidence that Trump and his allies have been deliberately dishonest at every turn in their statements regarding payments to Daniels and Playboy model Karen McDougal.”

“Here is the definitive story of a Trump lie:”

The initial lie: ‘no knowledge’

Nov. 4, 2016: “The Wall Street Journal reports days before the election that the National Enquirer agreed to pay $150,000 to McDougal, a former Playboy centerfold model, for an account of an alleged affair with Trump but did not publish it, part of a “catch and kill” operation.”

“The publisher of the National Enquirer, American Media Inc., issues a statement: “AMI has not paid people to kill damaging stories about Mr. Trump.” Trump campaign spokeswoman Hope Hicks says: “We have no knowledge of any of this.”

What we know now: “In August 2015, Cohen; David Pecker, the chairman of AMI; and “one or more members of the campaign” forged an agreement under which AMI would deal with negative stories about Trump’s “relationships with women” by purchasing the stories and then not publishing anything, according to the criminal information filed by federal prosecutors in the Cohen case. (In court, Cohen said he took action “at the request of the candidate” and knew it was illegal.) In August 2016, McDougal was paid $150,000 by AMI for the rights to her story — which the National Enquirer never published.”

Jan. 12, 2018: “The Wall Street Journal exposes the $130,000 payment to Daniels. Cohen and the White House sidestep questions about the payment but deny that an affair between Daniels and Trump ever took place. “This is now the second time that you are raising outlandish allegations against my client,” Cohen tells the Journal. “You have attempted to perpetuate this false narrative for over a year; a narrative that has been consistently denied by all parties since at least 2011.”

Jan. 18: White House spokesman Raj Shah dodges questions about Daniels by telling reporters: “This matter was asked and answered during the campaign, and anything else could be directed to Michael Cohen.”

The lie evolves: Cohen made the payments on his own

Feb. 13: “Cohen tells the New York Times he used his own funds to pay Daniels. “Neither the Trump Organization nor the Trump campaign was a party to the transaction with Ms. Clifford, and neither reimbursed me for the payment, either directly or indirectly,” he says. “The payment to Ms. Clifford was lawful, and was not a campaign contribution or a campaign expenditure by anyone.”

What we know now: “Cohen, in pleading guilty to 2 felony violations of campaign finance law, said he was reimbursed by the Trump Organization. Court filings showed that the company “grossed up” the payments to cover Cohen’s taxes and added a bonus, for a total of $420,000 in payments, according to the criminal information.”

March 7: White House press secretary Sanders asserts that the president told her he was unaware of the payments. “I’ve had conversations with the president about this,” she says. “There was no knowledge of any payments from the president, and he’s denied all of these allegations.” She adds: “Anything beyond that, I would refer you to the president’s outside counsel.”

March 9: “Michael Avenatti, Daniels’s lawyer, discloses emails showing that Cohen used his Trump Organization email address when he arranged the $130,000 wire transfer. Cohen tells ABC News that he used his own funds: “The funds were taken from my home equity line and transferred internally to my LLC account in the same bank.” He says the use of the Trump Organization email address meant nothing because “I basically used it for everything.”

What we know now: “Cohen, in making his guilty plea, said he worked “in coordination with and at the direction of a candidate for federal office,” referring to Trump, to make payments to thwart McDougal and Daniels from telling their stories.” 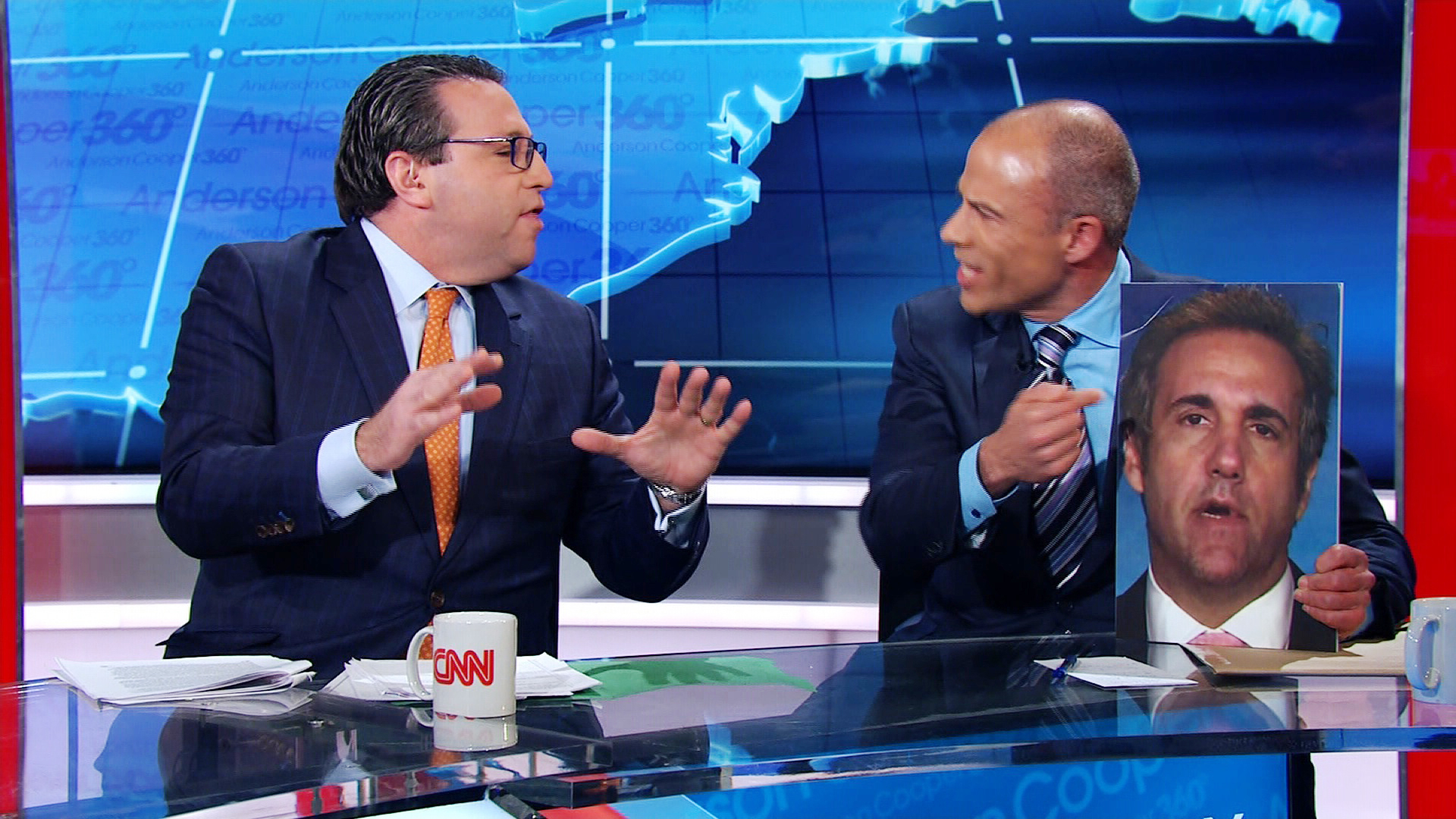 Trump weighs in: ‘I don’t know’

Reporter: “Then why did Michael Cohen make [the payment], if there was no truth to her allegations?”

Reporter: “Do you know where he got the money to make that payment?” The lie shifts again: Trump ‘did know about the general arrangement’

April 26: “The White House spin starts to shift after Cohen’s office is raided by federal prosecutors on April 9. Trump tells Fox News: “Michael would represent me, and represent me on some things. He represents me — like with this Stormy Daniels deal, he represented me.”

May 2: “Giuliani tells Fox News that Trump paid Cohen back for the $130,000 payment, but it could not be considered a campaign finance violation.”

“They funneled it through the law firm, and the president repaid it,” Giuliani says, adding that it “is going to turn out to be perfectly legal. That money was not campaign money. Sorry, I’m giving you a fact now that you don’t know. It’s not campaign money, no campaign finance violation.” 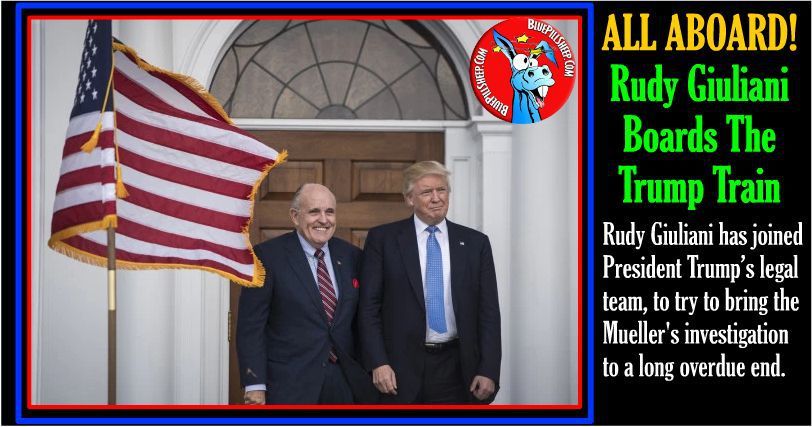 “Giuliani suggests Trump was largely in the dark about what the money was used for. “He didn’t know about the specifics of it, as far as I know. But he did know about the general arrangement, that Michael would take care of things like this,” he says.”

May 3: “Trump tweets about the supposed arrangement. “Mr. Cohen, an attorney, received a monthly retainer, not from the campaign and having nothing to do with the campaign, from which he entered into, through reimbursement, a private contract between two parties, known as a non-disclosure agreement, or NDA,” he says, adding: “Money from the campaign, or campaign contributions, played no roll [sic] in this transaction.”

What we know now: “This was a lie. Cohen did not get repaid through a monthly retainer. He sought reimbursement for the payment, and the Trump Organization agreed to pay $420,000, at a monthly rate of $35,000, according to court filings. The company then falsely listed the payments in its books as a retainer for legal work. The monthly invoices Cohen submitted were not in connection for any legal services he had provided in 2017,” prosecutors wrote.”

May 4: “Giuliani releases a statement in which he claims the payment to Daniels was intended only to “protect the president’s family” from painful publicity about an alleged affair and that “it would have been done in any event, whether he was a candidate or not.”

What we know now: “The deal with Daniels was part of an arrangement to shield Trump from negative stories that was hatched by Cohen, AMI and the Trump campaign shortly after he started running for president.”

July 24:” Cohen attorney Lanny Davis releases a recording that Cohen had secretly made of a conversation with Trump two months before the election, in which the two discussed the arrangement with the National Enquirer to pay $150,000 to McDougal.”

Aug. 21: “Cohen, in court, implicates Trump by admitting that the hush-money payments had been intended to help the campaign. The payment to Daniels was deemed an excessive campaign contribution by Cohen — and the McDougal payment from AMI violated a ban on corporate donations to campaigns.”

Aug. 22: “In a Fox News interview, Trump sought to reframe the issue. He insisted that the payments had not been a “campaign violation.” The payments “didn’t come out of the campaign,” he said. “They came from me.”