The republican President Donald Trump keeps bragging about how much he cares about the military and the veterans which he quickly forgets this thinking as he trashes the memory of Senator John McCain, a true war hero, or besmirches the gold-star family over their son who was lost in battle, or mishandles his condolences and then blames the widow and her friend for his lack of decorum, of another fallen hero.

Does this sound familiar? President Trump sign a bill that benefits our armed force’s members but the he resists funding the law, which has many Americans asking, why did he sign the bill in the first place? Was it only a photo-op that he was after, where he could look great to his base?

Then it appears that he is doing everything possible to privatize the Veterans Administration’s medical care delivery services via the VHA when every Veterans’ organization opposes these plans with the exception of the one conservative veteran’s group CVA ( Concerned Veterans for America), backed by the Koch brothers.

“Veterans face two separate challenges to the VA that have come to a boil this week – one from Trump, one from the Republican House.”

“One concerns Trump and the makeup of a commission focused on closing VA facilities.  The other concerns transferring funding of veterans’ healthcare from VA facilities to private entities.”

“On Wednesday, Trump signed a law with a provision to establish a commission charged with conducting a nationwide “asset review” of VA infrastructure. If the commission is stacked with advocates of dismantling the VA and privatizing most care, the results could be disastrous. Congress remembers the great power of the base-closing commissions in shutting down military facilities, but at least they were able to vote the recommendations up or down. Not so with this commission; it will be empowered to make final decisions. There are likely to be regional winners and losers, and some decisions may be made to accommodate real estate developers.”

“The make-up of the commission had been a sticking point with veterans groups and lawmakers concerned about the facilities-closing review. In the statute written by Congress, it was required that several members come from traditional veterans service organizations, as well as a private-sector health care administrator, a senior government official with medical management experience, and an asset management expert. No representative of the VA’s own workforce will be included.”

“The composition of the commission is crucial for Congress because they are handing over tremendous responsibility and authority. In a statement by Trump just hours after signing the bill into law, he limited what he would do to consult with lawmakers in appointing members of an asset review commission. Just consult. He said he will “welcome their input” but says final decisions on who will be on the panel will remain with him. Say hello to the Koch-created Concerned Veterans for America, the major organization demanding privatization no matter what the cost, financial or otherwise.”

On June 6, 2018, Erica Werner and Lisa Rein of the Washington Post penned the following report, “Trump signs veterans health bill as White House works against bipartisan plan to fund it”

“President Trump is fighting a bipartisan plan to fund the much-touted expansion of veterans health care he signed into law on Wednesday, as the White House argues against a boost in federal spending to fund the new initiative.”

“The VA Mission Act authorizes and expansion of veterans’ access to private health care, but the bill does not reserve federal money to pay for it. A group of powerful Senate committee chairmen from both parties aims to remedy that by advancing a separate measure for the new $50 billion law, saying this is the best way to ensure the new programs give veterans access to medical care.”

But the White House has been lobbying Republicans to vote the plan down, instead asking Congress to pay for veterans programs by cutting spending elsewhere.

“The opposition to the funding plan is the latest demonstration of Trump’s variable approach to the longtime stated Republican goal of fiscal discipline. On some issues, most prominently last year’s $1.5 trillion tax bill or immigration measures such as the border wall, Trump has signed off on legislation projected to massively increase the federal deficit.”

“On others, such as the veterans bill and emergency legislation to support communities impacted by last year’s devastating hurricanes and the California wildfires, he has demanded offseting spending cuts. Without passage of the veterans funding bill soon, lawmakers and veterans groups warn that the Veterans Affairs will be forced to make difficult trade-offs about which veterans programs should be funded.”

“You shouldn’t have to ask Congress every year for money to take care of veterans,” said John Hoellwarth, communications director for AMVETS, one of the country’s major veterans groups.

“The current debate could be a preview of spending fights to come, with the next government shutdown deadline looming on Sept. 30, just ahead of the November midterm elections. Trump has already issued demands for more money for his border wall, something likely to meet resistance in the Senate, setting up the possibility of a shutdown showdown weeks before elections that will decide control of Congress.” 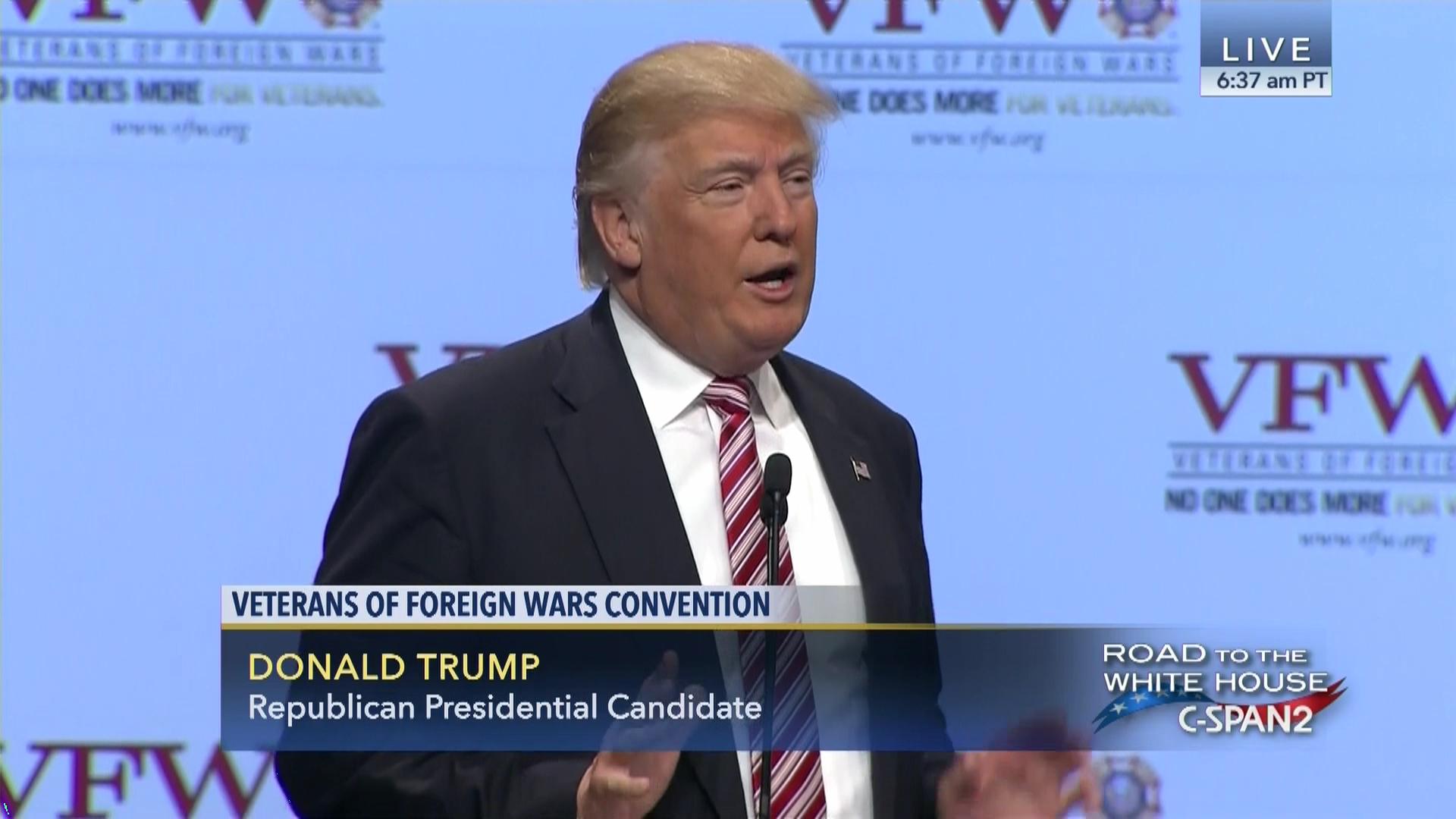 “In a memo circulated privately to Republican senators this week, White House officials slammed the leading veterans funding proposal as “anathema to responsible spending” and that predicts it would lead to ballooning costs and “virtually unlimited increases” in veterans’ spending on private health care.”

“Without subjecting the program to any budgetary constraint, there is no incentive to continue to serve veterans with innovative, streamlined and efficient quality of care,” the administration says in the memo, which was obtained by The Washington Post.”

“Sen. Richard C. Shelby (R-Ala.), head of the Senate Appropriations Committee, argued that if Congress does not ratify his proposal, the alternative could be to cut $10 billion a year for five years from existing programs, including initiatives within the Veterans Affairs Department.”

“If we don’t get on it we’re going to have a hole of $10 billion in our approps,” Shelby said Tuesday, predicting “some real trouble.”

“Shelby is joined in his effort by the top Appropriations Committee Democrat, Patrick J. Leahy (Vt.), as well as the leaders of the Veterans’ Affairs Committee, Chairman Johnny Isakson (R-Ga.) and Sen. Jon Tester (D-Mont.).”

“Their coalition reflects a renewed commitment in the Senate to completing spending bills on a bipartisan basis after years of budget dysfunction.”

“Their effort has run into stringent opposition from a White House still reeling from conservative backlash to the $1.3 trillion government-wide spending bill Trump signed in March. The deal broke through previous spending caps with huge increases in domestic spending Democrats demanded in exchange for military spending sought by Republicans.”