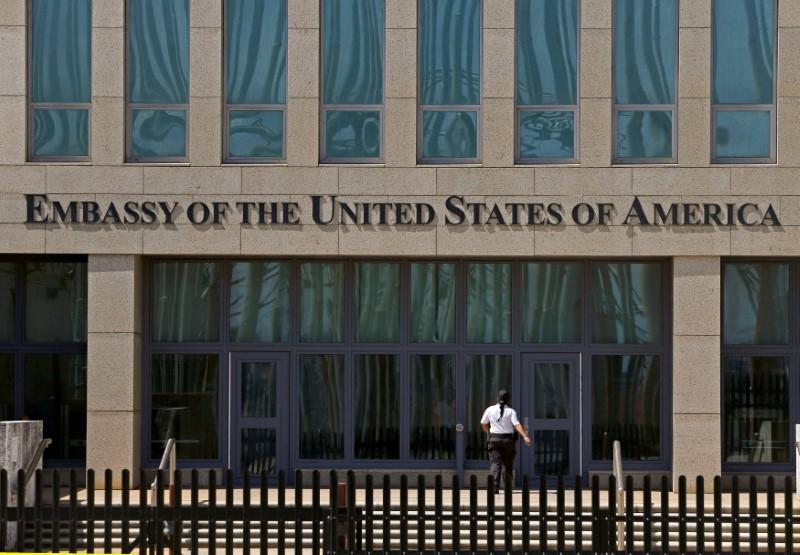 Let’s see how the republican US President Donald Trump with his GOP sycophants in the White House and the US Congress to the alleged involvement by Russia in US Diplomats, while deployed in Cuba, having been injured by microwave technology to where many are suffering from permanent brain damage and other illnesses.

I for one, who had a desire to visit Cuba, as a tourist, will no longer be harboring this wistful thought.

I have been suspicious about the possibility that Russia stood in opposition to the thawing of US-Cuba relations.

As per a 12/18/17 Reuters report by Sarah Marsh and Nelson Acosta, “But next month, more than 300 shiny new Ladas are slated to roll onto Havana’s potholed streets, the first in more than a decade. Their manufacturer Avtovaz, Russia’s biggest carmaker, says it hopes to ramp up exports, thanks to financing from Russian government development bank VEB.”

“Flush with state funding, Avtovaz and other Russian companies are once again increasing sales to the Caribbean isle. It is part of a broader move by Moscow to renew commercial, military and political ties just as the U.S. government is retreating from Cuba under Republican President Donald Trump.” 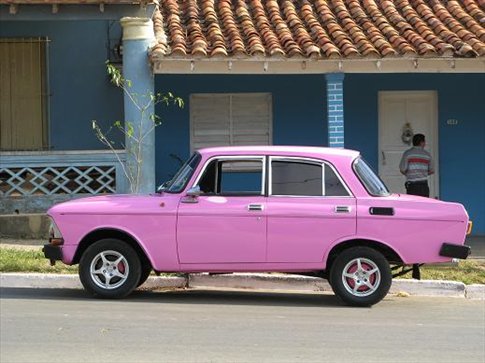 “Russian exports to Cuba jumped 81 percent on the year to $225 million in the January-September period, official Russian data shows. That is just a quarter of the exports of Cuba’s chief merchandise trading partner, China, but growing fast.”

“Russian state oil major Rosneft in May resumed fuel shipments to Cuba for the first time this century. The company’s head met with Cuban President Raul Castro in Havana on Saturday, the latest sign the two countries are readying a major energy agreement. The nations in the past have discussed increased deliveries of Russian oil to the island and development of Cuba’s offshore oil fields.”

“Intelligence agencies investigating mysterious “attacks” that led to brain injuries in U.S. personnel in Cuba and China consider Russia to be the main suspect, three U.S. officials and two others briefed on the investigation tell NBC News.”

“The suspicion that Russia is likely behind the alleged attacks is backed up by evidence from communications intercepts, known in the spy world as signals intelligence, amassed during a lengthy and ongoing investigation involving the FBI, the CIA and other U.S. agencies. The officials declined to elaborate on the nature of the intelligence.”

“The evidence is not yet conclusive enough, however, for the U.S. to formally assign blame to Moscow for incidents that started in late 2016 and have continued in 2018, causing a major rupture in U.S.-Cuba relations.”

“Since last year, the U.S. military has been working to reverse-engineer the weapon or weapons used to harm the diplomats, according to Trump administration officials, congressional aides and others briefed on the investigation, including by testing various devices on animals. As part of that effort, the U.S. has turned to the Air Force and its directed energy research program at Kirtland Air Force Base in New Mexico, where the military has giant lasers and advanced laboratories to test high-power electromagnetic weapons, including microwaves.” 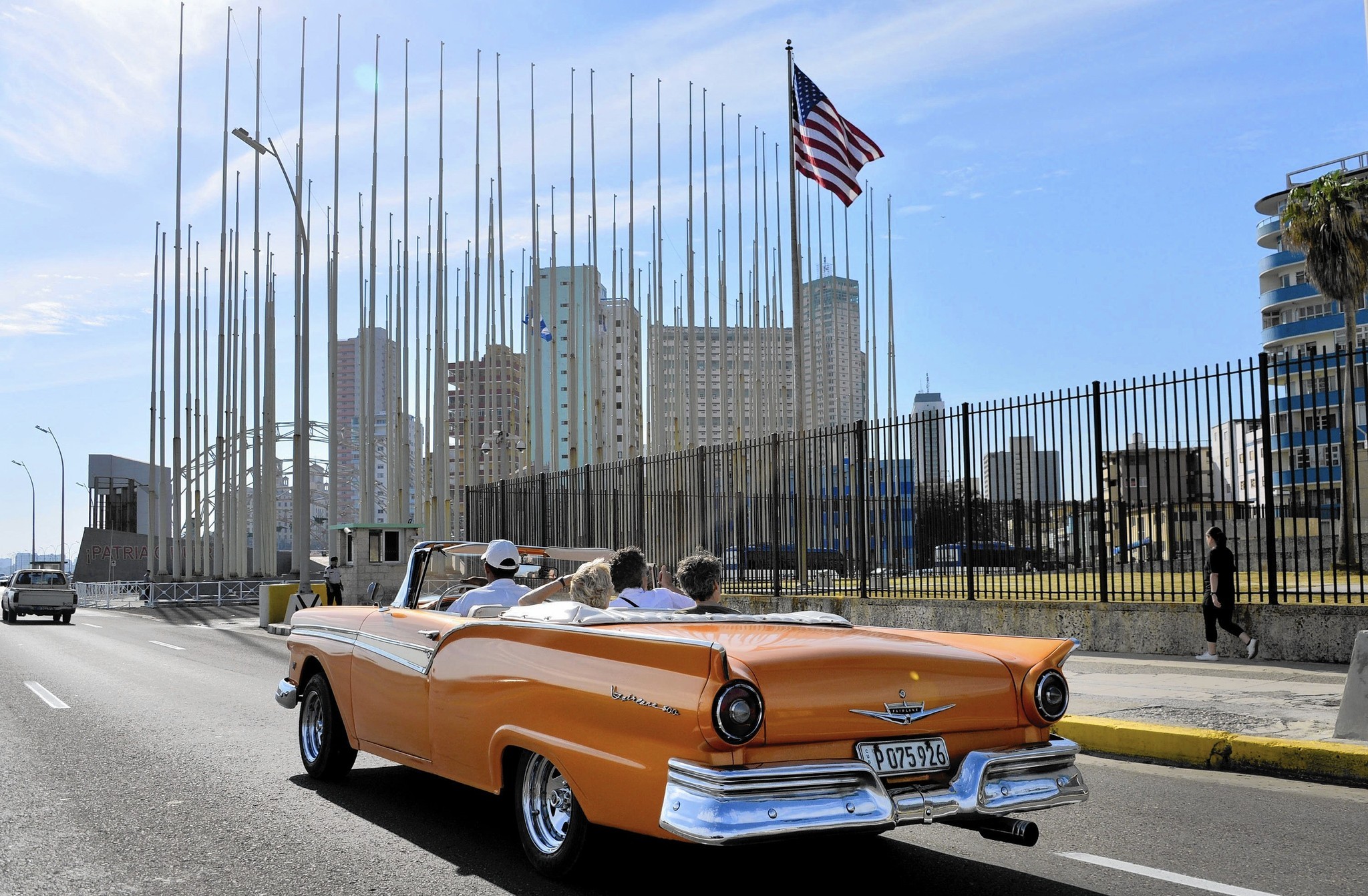 “Although the U.S. believes sophisticated microwaves or another type of electromagnetic weapon were likely used on the U.S. government workers, they are also exploring the possibility that one or more additional technologies were also used, possibly in conjunction with microwaves, officials and others involved in the government’s investigation say.”

“The U.S. has said 26 government workers were injured in unexplained attacks at their homes and hotels in Havana starting in late 2016, causing brain injuries, hearing loss and problems with cognition, balance, vision and hearing problems. Strange sounds heard by the workers initially led investigators to suspect a sonic weapon, but the FBI later determined sound waves by themselves couldn’t have caused the injuries.” 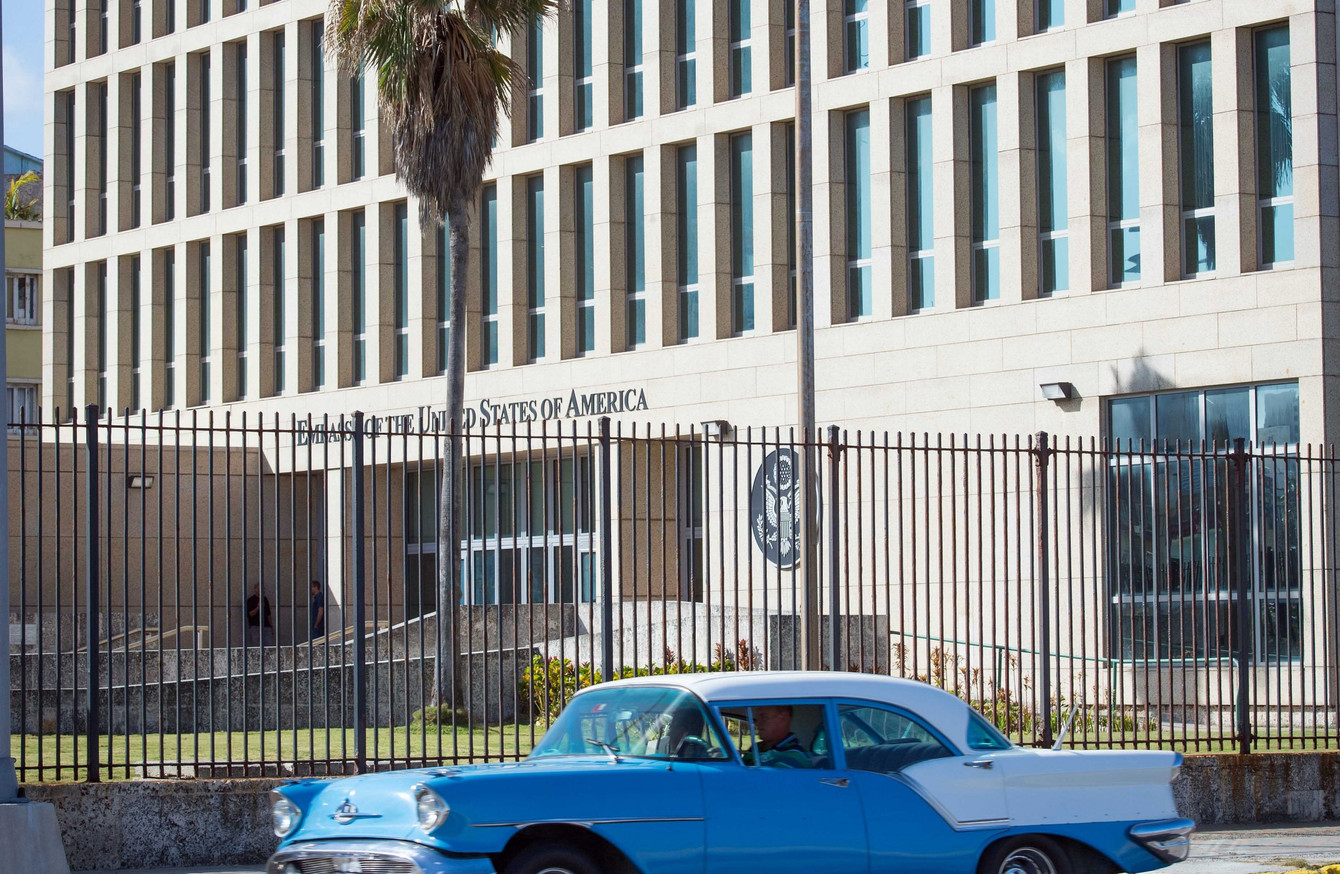 “This year, one U.S. worker in China was diagnosed with similar symptoms after hearing bizarre sounds in Guangzhou, and more from China are being tested.”
The precise motive remains unclear, but the incidents have driven a wedge between the U.S. and Cuba that has led Washington to remove most of its diplomats and spies from the island. Early in the investigation, senior U.S. officials raised the possibility the illnesses were unintended consequences of some new spying technology. But the fact the incidents continued long after they became publicly known has cast doubt on the possibility that the damage was accidental.

In testimony before Congress last week, State Department officials were unanimous that the incidents should be considered “attacks.”

“The State Department has come to the determination that they were attacks,” Ambassador Peter Boode, who leads the task force responding to the incidents, told a House Foreign Affairs Committee panel.”

A U.S. official separately tells NBC News that the U.S. has “no reason to believe this was anything but an intentional act.”

If Russia did use a futuristic weapon to damage the brains of U.S. personnel, it would mark a stunning escalation in Russian aggression toward Western nations, compounded recently by the use of a military-grade nerve agent to poison an ex-spy and his daughter in Britain. Although the full extent of the resulting diplomatic fallout is difficult to predict, a determination that Russia was behind the Cuba attacks would trigger outrage in Congress and foreign capitals and calls for an immediate, concerted response, especially as President Donald Trump faces continued questions about his willingness to challenge Russia and President Vladimir Putin.