I’ve been waiting to post on the news of the republican President Donald Trump’s former campaign manager Paul Manafort until more information was available as to whether he was cutting a plea deal with cooperation or with non-co-operation with the FBI.

It is pretty much a consensus that Mr. Manafort is most likely counting on a presidential pardon sometime in the future which is a reasonable expectation as President Trump has hinted that he would be willing to do so.

It is my hope the the FBI’s Special Counsel Robert Mueller III, head of its Trump-Russia probe would not cut a plea deal without this reality being a consideration.

I suspect that Mr. Mueller would not consider a plea deal without co-operation unless he has determined that he doesn’t need Mr. Manafort’s assistance to build a strong case and without accounting for a possible future pardon.

It is my opinion that Paul Manafort has cut a plead deal that includes cooperating with the FBI.

I will include a link below when news reports confirm my suspicions.

On September 14, 2018, Natasha Bach of Fortune penned the following report, “Paul Manafort to Plead Guilty Ahead of Second Trial”

“Should his plea be accepted by a judge, Manafort will dodge a second trial, which was due to begin later this month and had the potential of adding years onto his existing conviction in Virginia.”

“A court document notes that the scheduled pre-trial conference has been replaced with an “arraignment and plea agreement hearing,” suggesting that Manafort plans to enter his guilty plea Friday morning. He will reportedly plead guilty to two of the seven charges he faced: conspiring to defraud the United States and conspiring to obstruct justice, according to a criminal information filed Friday (9/14/18). It is unclear whether he will cooperate with prosecutors against Trump as part of the plea deal.” 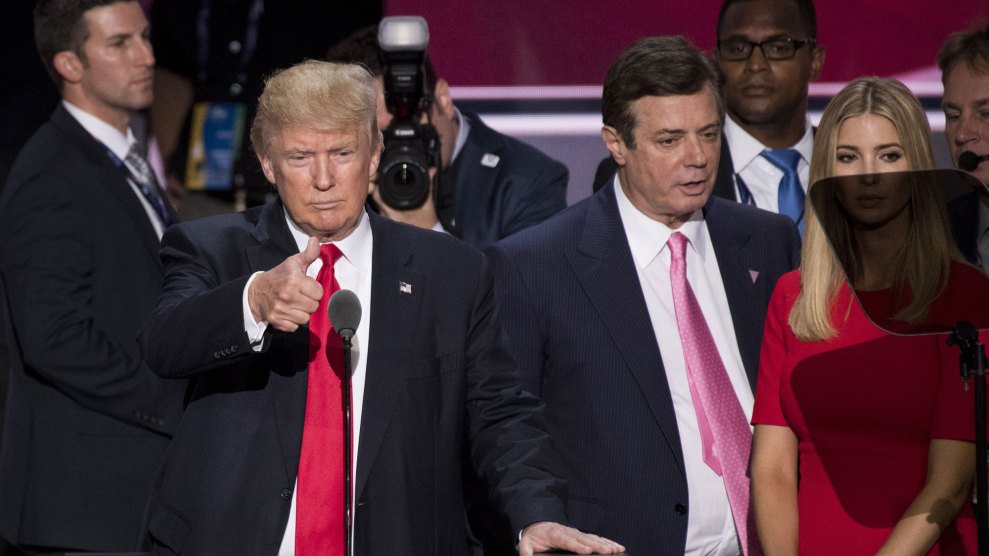 “Manafort was earlier found guilty of eight counts of tax evasion, failing to report foreign bank accounts, and bank fraud. Under federal sentencing guidelines, he could face seven to 10 years in prison.”

“This second case was due to examine Manafort’s lobbying and consulting work on behalf of Ukraine. He faces charges of conspiring against the U.S., money laundering, failing to register as a lobbyist, making false statements, and conspiring to obstruct justice by trying to influence witnesses.”

“On Friday morning (9/14/18), special counsel Robert Mueller released a “superseding criminal information”—essentially a new indictment of Paul Manafort, the former Trump campaign chief. Soon after, Manafort appeared in federal court to cop a plea—in a deal that includes some cooperation with Mueller—to avoid a second trial involving charges of fraud, tax evasion, and money laundering. And this latest filing was Mueller’s way of presenting to the public the case he and his prosecutors were prepared to lay out in court. The document describes in detail a comprehensive and long-running criminal conspiracy mounted by Manafort, who was found guilty of eight counts of bank and tax fraud in a recent trial, to hide the covert lobbying campaign he managed for a corrupt and pro-Putin political party in Ukraine and to keep secret the millions of dollars he collected for his mighty efforts. The document ends with two counts to which Manafort has now admitted guilt: conspiracy to defraud the United States and conspiracy to obstruct justice. ”

“The new information recounts a melange of deception, chicanery, and skullduggery, with Manafort orchestrating lobbyists, lawyers,  and politicians in the United States and around the globe on behalf of the party of Ukrainian leader Viktor Yanukovych (who fled Ukraine for Russia in 2014) and encouraging them all to lie about who was pulling the strings: Manafort and his Ukrainian paymasters. The case is strong, and Mueller’s team seemingly caught Manafort in a multitude of lies. The information basically covers all the charges Manafort faced in both trials. That is, by agreeing to this, Manafort is saying, everything Mueller alleged was true, this was no witch hunt, he got me, I was a big-time criminal.”