During the month of September 2018, “We the people” are being ill served by the US Supreme Court nomination process that has been turned into a circus show by both sides of the aisle in the US Senate, democrats and republicans.

Dr. Christine Blasey Ford has been forced to come out as the anonymous author of a letter where she details an alleged rape attempt on her while at a party in her high school days, by the current SCOTUS nominee Brett Kavanaugh and his buddy, Mark Judge. It seems that someone on the democratic side leaked her information to the press. The republicans who are overseeing the confirmation process are hell bent on rushing through this nomination of Judge Kavanaugh to become the next US Supreme Court justice, so they can have a feather in their cap just in time for the November 2018 elections.

They already feel aggrieved by having to delay the voting for Judge Kavanaugh out of the US Senate Judiciary Committee, by inviting Dr. Ford to present her testimony along with the man she is accusing, Judge Kavanaugh who would be sitting at the same table, on the 24th of September 2018. 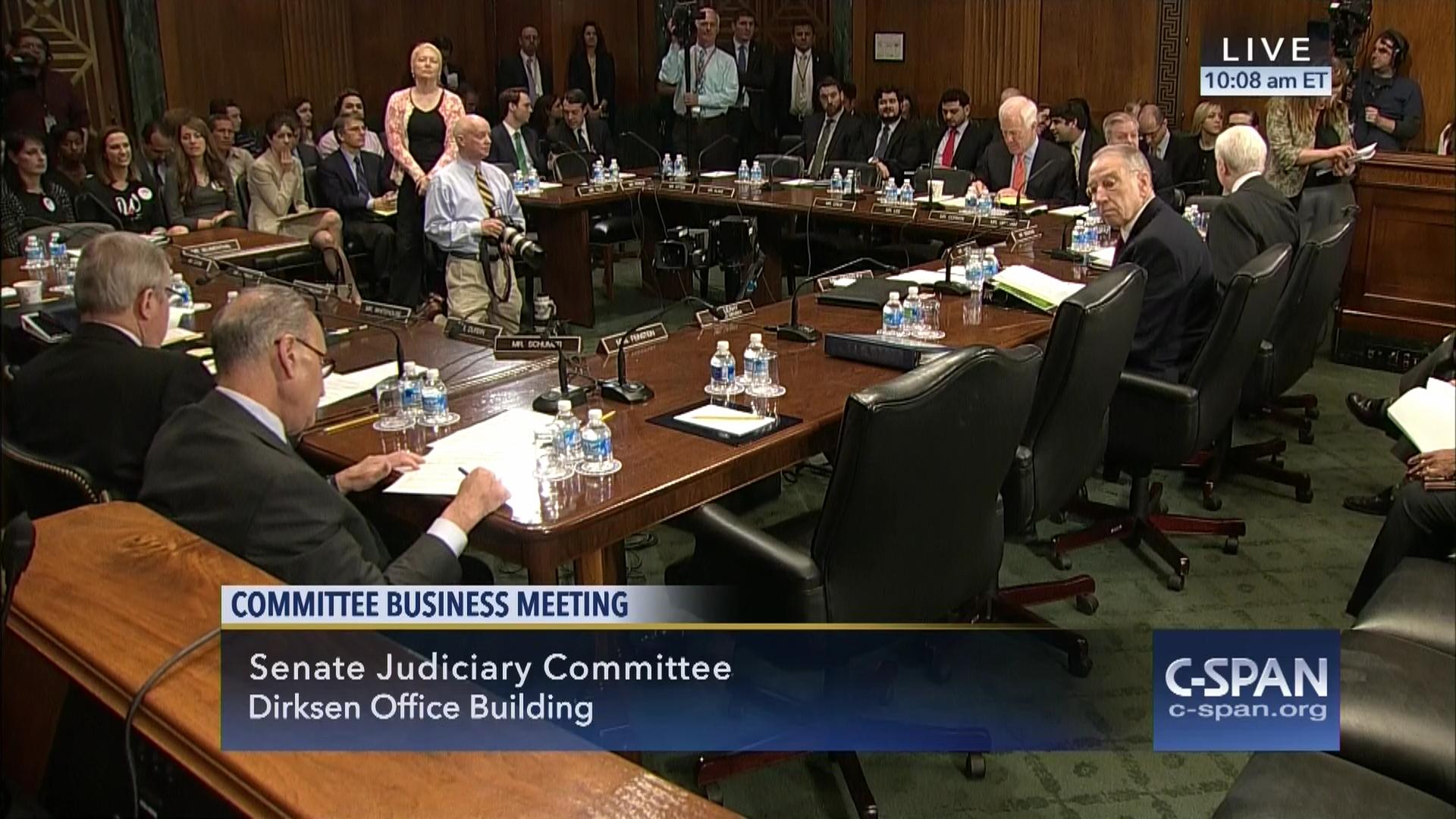 They would love nothing more than for her to decline, but she hasn’t definitely said no yet. Dr. Ford and her attorneys have been requesting that a FBI investigation be conducted to verify the basic facts of her assertions, that a party did indeed occur, and to have the other witnesses subjected to FBI questioning under oath. This would be important fact finding because of Judge Kavanaugh’s absolute denials that he ever attended such a party.

It is to the republicans benefit to have this FBI extended background check done, in order to clear Judge Kavanaugh’s good name, as they claim to believe him, and not her. One has to ask, why are they the ones resisting having the FBI involved?

Because it is a crime to lie to the FBI and since Dr. Ford has passed a polygraph test, why is it her side that’s demanding an FBI probe regarding her assertions, as was done in 1991 with the Anita Hill/ Clarence Thomas case where Dr. Hill accused a SCOTUS nominee Mr. Thomas of sexual harassment. In 1991 both sides of the aisle in the judiciary committee agreed to the FBI probe. There is precedent. What are the republicans afraid of beyond the fact that maybe, its their guy who is afraid of the FBI?

On September 19, 2018, the Editorial Board of the New York Times penned the following analysis, “Everyone Deserves Better Than This Senate Spectacle” (“Forget the political finger pointing. Christine Blasey Ford’s accusation against Brett Kavanaugh needs to be seriously investigated.”)

“Whatever becomes of Brett Kavanaugh’s nomination to the Supreme Court, the Senate Judiciary Committee’s process for considering him has been a mockery from the start — a mockery of lawmakers’ constitutional responsibility and of the ideal that the court should be anything more than a political trophy.”

“The bulk of the blame lies with Senator Chuck Grassley, the committee chairman, and his fellow Republicans, who have abused their power by refusing to let their colleagues and the American people see over 90 percent of the documents relating to Judge Kavanaugh’s critical years in the federal government.”

“Judge Kavanaugh sullied the proceedings himself by testifying, under oath, in ways that were at best misleading, about his role in several high-profile actions taken by the George W. Bush administration, where he worked in the White House counsel’s office and as staff secretary to the president.” 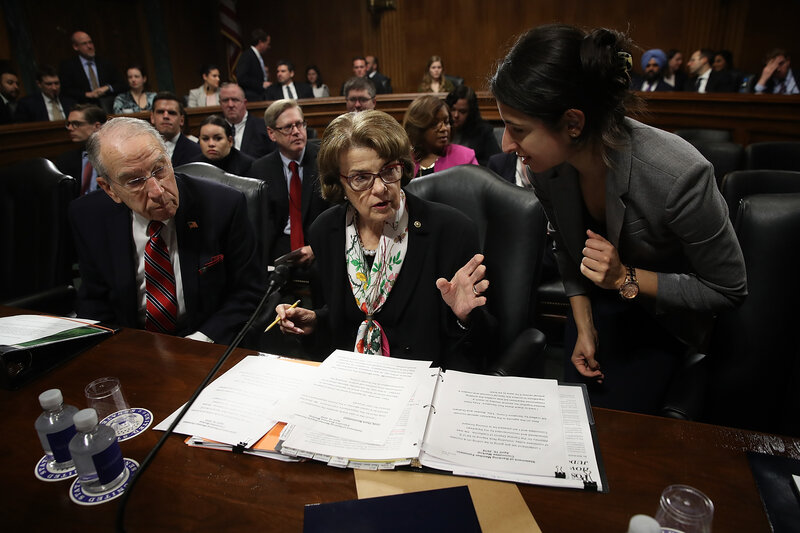 “Senator Dianne Feinstein, the ranking Democrat on the committee, is also now facing legitimate questions, over her handling of the sexual-assault allegation against Judge Kavanaugh that she received this summer but held back, based on a request for confidentiality, until it was leaked to the news media last week.”

“Now the committee has a chance to partly redeem itself, by allowing a thorough investigation and then holding an open hearing to address Christine Blasey Ford’s accusation against Judge Kavanaugh about a night while they were in high school.”

Republicans complain that this is nothing but a Democratic plot to derail Judge Kavanaugh’s nomination by delaying any vote until after the midterm elections. (If anyone knows about unjustly delaying Supreme Court confirmations, it’s Senate Republicans.)”

“And now that that’s out of the way, can we please focus on what really matters here? What matters is that Dr. Blasey has made a serious, specific and credible allegation. Sure, Democrats may want to investigate that claim fully. But so should anyone concerned about protecting the Supreme Court’s integrity, not to mention the reputations of both Judge Kavanaugh and Dr. Blasey.”

“Dr. Blasey is right to want to wait for that fuller investigation to be completed before she agrees to testify. President Trump, demonstrating his usual ignorance of basic governmental functions, said on Tuesday: “I don’t think the F.B.I. really should be involved, because they don’t want to be involved. If they wanted to be, I would certainly do that, but as you know, they say this is not really their thing.” It is, in fact, their thing. The bureau conducts background checks on nominees to federal government posts, and it can reopen a file at any time.”

“In 1991, at the direction of President George H.W. Bush, the F.B.I. looked into Anita Hill’s allegations of sexual harassment against Clarence Thomas, who had gone through his confirmation hearings weeks earlier. The investigation took three days. The resulting report was provided to the White House, which said it showed that Ms. Hill’s allegations were “unfounded.” The Judiciary Committee reconvened a few weeks later, and heard from nearly two dozen witnesses, including Ms. Hill and Justice Thomas. Does Mr. Grassley now want to set an even lower standard for taking a woman’s claims seriously than the committee did when Ms. Hill appeared before it?”

“In an Op-Ed published by The Times on Tuesday, Ms. Hill called for a thorough investigation by a neutral body with experience in sexual-violence cases, and said it should not be rushed. “A week’s preparation is not enough time for meaningful inquiry into very serious charges,” she wrote.”

“Yet Mr. Grassley has rejected calls to involve the F.B.I. and offered to hear only from Dr. Blasey and Judge Kavanaugh themselves, even though there are numerous people who might be able to shed light on what may have happened on the night in question. First among these is Judge Kavanaugh’s high school friend Mark Judge, who Dr. Blasey said was in the room where she said the assault occurred, and who has given shifting answers about his recollections.”

Speaking of unreliable memories, it’s laughable for Republicans to complain, as some do, that Dr. Blasey’s claim is too old to be considered. The Senate Judiciary Committee is not a court of law; it’s an arena of politics. Remember that less than a decade ago, Republican senators were happy to grill Sonia Sotomayor, President Barack Obama’s first pick for the court, about positions taken 30 years earlier by a legal-defense fund whose board she had once sat on.

Link to entire editorial: Opinion | Everyone Deserves Better Than This Senate Spectacle