Psychiatrist Explains Why Trauma Of Sexual Assault Is A Lasting Memory

If  Dr, Christine Blasey Ford decides to testify before US Senate Judiciary Committee hearing, currently scheduled for the 24th of September 2018, there will be questions about the reliability of her memory over a traumatic event that occurred about 30 years ago. Dr. Ford is alleging that the current US Supreme Court nominee Brett Kavanaugh with his buddy, Mark Judge attempted to rape her during their high school years while they were attending a party in Maryland. Judge Kavanaugh has been out-rightly denying that he ever attended a party as described by Dr. Ford. Dr. Ford has passed a polygraph test and she has asked for an extended background check to be done by an independent investigative body like the FBI.

On September 19, 2018, the Psychiatrist Richard A. Friedman for The New York Times penned the following article,  “Why Sexual Assault Memories Stick” (“Christine Blasey Ford says she has a vivid memory of an attack that took place when she was 15. That makes sense.”)

“As a psychiatrist I know something about how memory works. Neuroscience research tells us that memories formed under the influence of intense emotion — such as the feelings that accompany a sexual assault — are indelible in the way that memories of a routine day are not.”

“That’s why it’s credible that Christine Blasey Ford, who has accused Judge Brett Kavanaugh, President Trump’s Supreme Court nominee, of sexually assaulting her when they were both teenagers, has a vivid recollection of the alleged long-ago event.”

“I thought he might inadvertently kill me,” she told The Washington Postin a recent interview. “He was trying to attack me and remove my clothing.”

“Judge Kavanaugh has vigorously denied the charges, leading to a public debate about whether Dr. Blasey’s story is true. Her lawyers say she wants the F.B.I. to investigate before she agrees to testify before the Senate. If and when she does testify, you can bet that Republican senators will try to undermine her explosive claim on the basis that the memory of an event that occurred 36 years ago must be unreliable because it happened in the distant past. If she does not testify, some of her critics will undoubtedly argue that the time that’s passed is reason to doubt her recollection. Nothing could be further from the truth.”

In the email, addressed to top Republican and Democratic aides on the committee, the lawyer, Debra Katz, wrote that she would like to set up a call later on Thursday to “discuss the conditions” under which Dr. Blasey would be prepared to testify.

“As you are aware, she has been receiving death threats, which have been reported to the Federal Bureau of Investigation, and she and her family have been forced out of their home,” the email said. “She wishes to testify, provided that we can agree on terms that are fair and which ensure her safety.”

Twitter Ads info and privacy
“Earlier on Thursday (9/20/18), committee Republicans had decided to hire an outside counsel to lead their questioning of Dr. Blasey, rather than the committee members themselves, according to a Republican Senate official familiar with the decision. Although they have yet to hire someone to fill the role, the Republicans have been eager to avoid the image of 11 male senators questioning Dr. Blasey about her account.”

“Instead, they are seeking to enlist the help of an experienced litigator familiar with assault cases.” 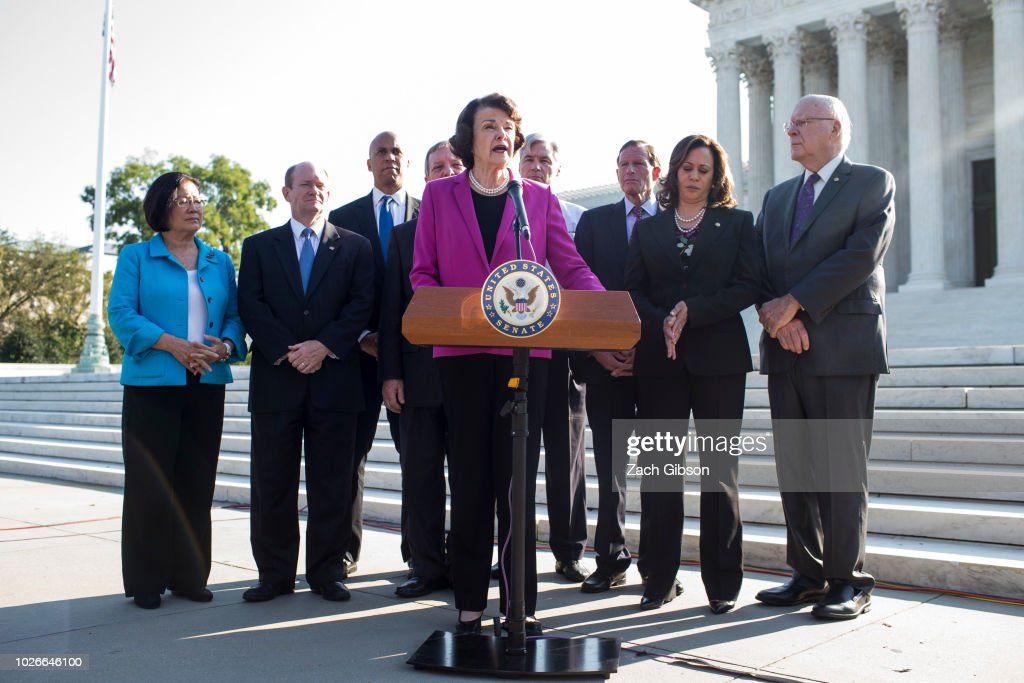 Democrats had been sticking to their position that an F.B.I. investigation should precede any hearing.

“A spokesman for Senator Charles E. Grassley, Republican of Iowa and chairman of the Senate Judiciary Committee, had no comment when asked if Mr. Grassley would agree to a date other than Monday.”

“We’re glad to hear back, but that’s about the extent to which we can comment,” the spokesman, George Hartmann, said.