aside For 1st Time In Its History, Washington Post Warns Against Confirming SCOTUS Nominee Kavanaugh

The former republican Supreme Court justice John Paul Stevens who initially had been pleased with President Donald Trump’s pick of Judge Brett Kavanaugh as his US Supreme Court nominee, but he has changed his mind after observing his demeanor at the 9/27/18 US Senate Judiciary Committee hearing. He is now recommending a -NO-vote by US senators based on the judge’s lack of temperament and his obvious partisanship which was on full display at that hearing.

In response to the above pronouncement, Judge Kavanaugh has penned a 10/4/18 Wall Street Journal opinion piece where he attempts to explain his outrageously injudicious performance on 9/27/18.

As per the 10/4/18 Washington Post report by Eli Rosenberg, “Judge Brett Kavanaugh has admitted to saying some things he should not have during a Senate hearing last week, a tacit acknowledgement of the questions being raised about his conduct and emotions as he seeks confirmation to the Supreme Court.”

“Kavanaugh made the remarks in a column for the Wall Street Journal, arguing that he would be an independent and nonpartisan judge. But he did not apologize for his behavior at the hearing, in which he interrupted senators, turned questions about drinking back on them and seeded his opening remarks with comments about “revenge on behalf of the Clintons” and left-wing groups.”

“His performance has come under increased scrutiny as his potential appointment to the Supreme Court hangs in a delicate balance.”

On October 4, 2018, the Editorial Board of the Washington Post penned the following opinion, “Vote ‘no’ on Kavanaugh”

AS SENATORS prepare to vote this week on Supreme Court nominee Brett M. Kavanaugh, they, and the rest of the country, must wonder: Which Brett M. Kavanaugh are they evaluating? Is it the steady, conservative jurist he was reputed to be before his confirmation saga? Or is it a partisan operative harboring suspicions and resentments about Democrats, with possible misdeeds in his past?”

Unfortunately — and unnecessarily; it didn’t have to be this way — too many questions remain about his history for senators to responsibly vote “yes.” At the same time, enough has been learned about his partisan instincts that we believe senators must vote “no.”

“We do not say so lightly. We have not opposed a Supreme Court nominee, liberal or conservative, since Robert H. Bork in 1987. We believe presidents are entitled to significant deference if they nominate well-qualified people within the broad mainstream of judicial thought. When President Trump named Mr. Kavanaugh, he seemed to be such a person: an accomplished judge whom any conservative president might have picked. But given Republicans’ refusal to properly vet Mr. Kavanaugh, and given what we have learned about him during the process, we now believe it would be a serious blow to the court and the nation if he were confirmed.”

“One element of the GOP vetting failure has been all but forgotten in the drama over alleged sexual assaults, but it remains for us a serious shortcoming. Republicans on the Senate Judiciary Committee refused to ask for all the potentially relevant documents from his time serving in the George W. Bush White House. The reason was not principled but political: Though they had kept a Supreme Court seat vacant for most of 2016, they wanted to ram through Mr. Kavanaugh before this year’s midterm elections. Those documents, which could have been processed without crippling delay, might end up supporting his case, or they might not; we have no idea. But any responsible senator should insist on seeing them before casting a vote.” 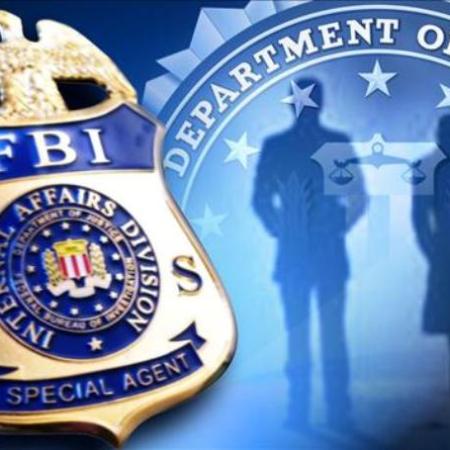 “It certainly would have been preferable if Christine Blasey Ford’s allegation had surfaced sooner, and then been investigated more promptly. But what matters now is not partisan fault but finding the truth about her claim — or at least making as fair and thorough an effort to find it as possible. Mr. Trump and the Republicans have prevented such an effort. This week’s belated investigation, reluctantly agreed to by the majority, was unduly narrow. Unsurprisingly, Senate Republicans quickly and unconvincingly claimed that it was exculpatory. Senate Majority Leader Mitch McConnell (R-Ky.) came to his conclusion before even this cursory examination was complete.”

“Such doubts feed into concerns about Mr. Kavanaugh’s independence from Mr. Trump and his deference to executive power, at a moment when fateful questions for the presidency may be winding their way to the court. Mr. Kavanaugh began his confirmation process by bowing obsequiously to Mr. Trump, claiming, absurdly, that “no president has ever consulted more widely, or talked with more people from more backgrounds, to seek input about a Supreme Court nomination.” Mr. Kavanaugh then declined to offer much reassurance about how he would handle cases involving Mr. Trump. Given his writings arguing that a president should be free of criminal investigations while in office, it would be best for the court’s reputation for Mr. Kavanaugh to recuse himself from any such case, lest it appear that Mr. Trump chose him in order to foil the Justice Department’s Russia probe. If not a commitment to recuse, he should have offered more of a sense that he would treat the issue with due delicacy.”

“Finally, Mr. Kavanaugh raised questions about his candor that, while each on its own is not disqualifying, are worrying in the context of his demand that Ms. Ford and his other accusers be dismissed and disbelieved. These include his role in the nomination of controversial judge Charles Pickering while working for Mr. Bush, his knowledge of the origin of materials stolenfrom Democratic Senate staff between 2001 and 2003, and his lawyerly obfuscations about his high school and college years.”

“And what of Mr. Kavanaugh’s political philosophy? Here we freely admit that Mr. Kavanaugh would not have been our choice. A president concerned for the court’s standing would have nominated someone of more moderate views for the seat vacated by Justice Anthony M. Kennedy, the court’s erstwhile swing vote — particularly given the Senate’s inexcusable refusal to consider Judge Merrick Garland when President Barack Obama nominated that eminently qualified jurist.”

“But we would not have opposed Mr. Kavanaugh on that basis, just as we did not think GOP senators should have voted against Sonia Sotomayor because they did not like her views. Rather, the reason not to vote for Mr. Kavanaugh is that senators have not been given sufficient information to consider him — and that he has given them ample evidence to believe he is unsuited for the job. The country deserves better.”