Four years ago in October 2014, an unarmed Black teenager Laquan McDonald in Chicago was killed by the Police Officer Jason Van Dyke. The usual playbook was used by police. The Chicago cop claimed that the victim had a knife, that he was in fear for his life, well you know the rest of the script. This time, there were too many witnesses and a dash cam video that was in working condition, which put the lie to the police officer’s claims. How did Police Officer Van Dyke think he could get away with continuing to shoot Lacquan McDonald after he was down?

The attempted cover-up by the Chicago power players of this crime led to the end of any reelection hopes of the then Chicago Mayor Rahm Emmanuel who had been finally forced to fire the Chicago Police Super-intendent Garry McCarthy. The Chicago who’s who had hoped to hide the dash-cam video but around November 2015, they were forced to release it.

So, finally on the 5th of October 2018, a Chicago jury found the Police Officer Jason Van Dyke guilty on multiple counts including 2nd degree murder. This is the first time that a police officer in Chicago has been convicted of murder in five decades.

Police Officer Jason Van Dyke has been convicted of second-degree murder and aggravated battery in the killing of Laquan McDonald. On October 20, 2014, (Jason)Van Dyke shot and murdered teenager McDonald, shooting him 16 times, including a number of times while he lay dying in the street. Van Dyke said that he feared for his life upon arriving on the scene, where at least a half dozen other officers watched McDonald walk “erratically down the street.” Van Dyke said McDonald turned with a knife in his hands, but numerous witnesses, protests, and dash-cam video of the murder created an environment where even the historically corrupt Chicago law enforcement apparatus could not cover up Van Dyke’s lies. 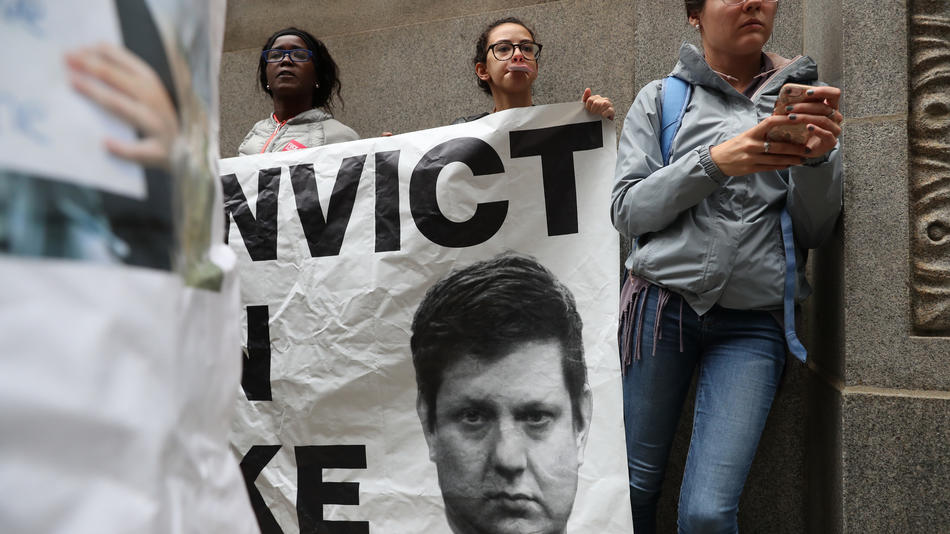 The video of McDonald’s murder was released over a year later, in November 2015, one month after the city of Chicago settled with Laquan McDonald’s family for $5 million. This led to even more outrage and pressure from Americans sick of racist injustice, effectively destroying any further political office runs for Mayor Rahm Emmanuel, and forcing him to fire the Chicago Police Superintendent Garry McCarthy. In December 2016, a grand jury indicted Van Dyke for second-degree murder. In 2017, 16 counts of aggravated battery were added to the charges against Van Dyke. It was the first time a Chicago police officer had been charged with murder in decades, and on Friday (10/5/18), it was the first time justice was delivered to the underserved citizens of Chicago in forever.

“(Laquan) McDonald had a short, tragic life. He was born into a tough situation, in a world where all of the odds were stacked against him. His death was one of many egregious murders by law enforcement agencies in our land. These are racist lynchings that more conservative elements of our society see as the actions of “bad apples,” but that the rest of us realize are the bloody results of a white supremacist system. The outrage, sadness, depression, and organization that followed McDonald’s death has led to changes in the Chicago police force. Investigations have been made, officers have been fired, and community activists and organizations have been allowed into more of the discussion on how the department should be run.”

Laquan McDonald was 17 years old when he was shot 16 times.

See: How Twitter is reacting to the Jason Van Dyke verdict/ Chicago Tribune

See: The Jason Van Dyke verdict is a step toward healing a broken Chicago